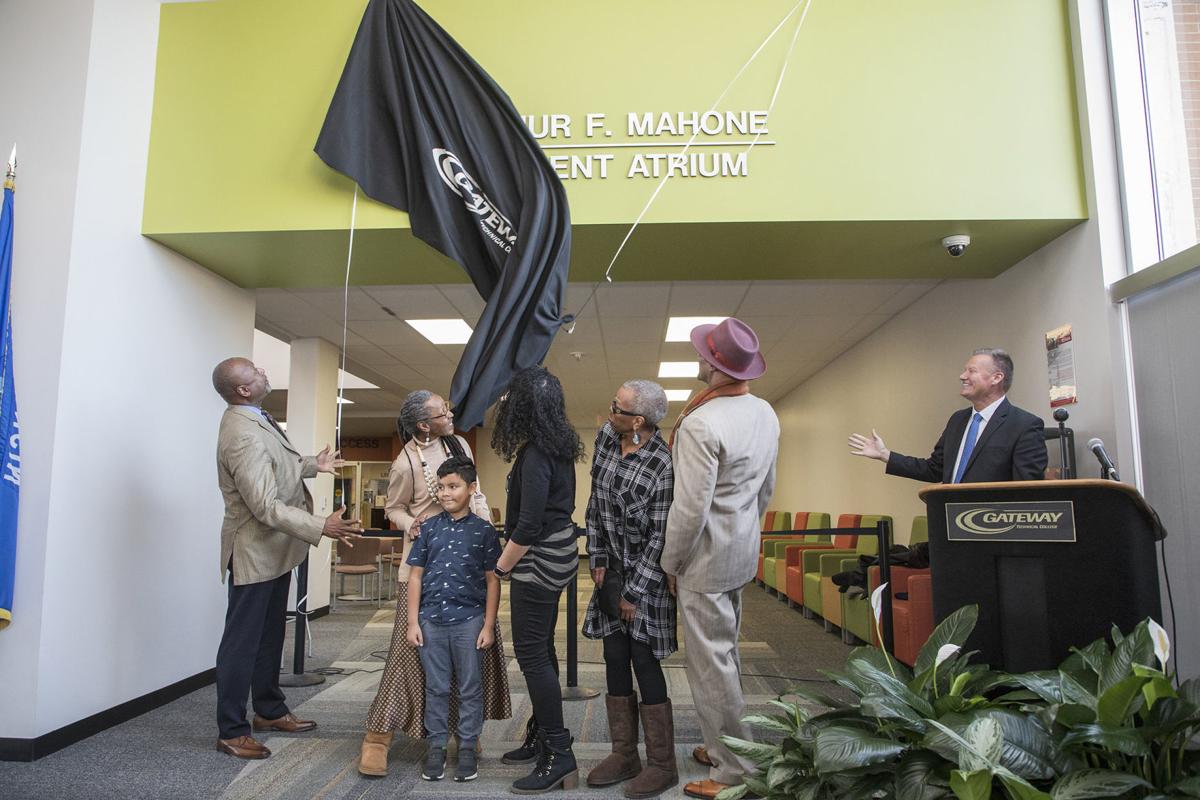 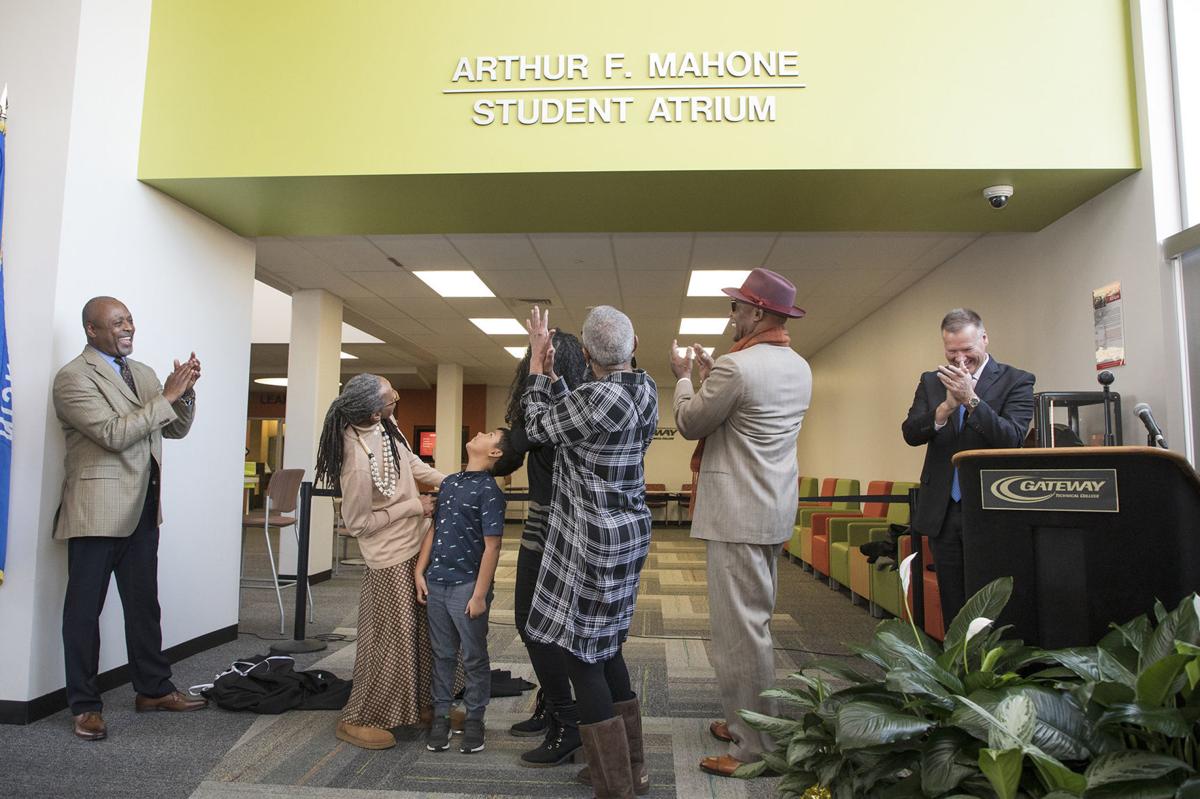 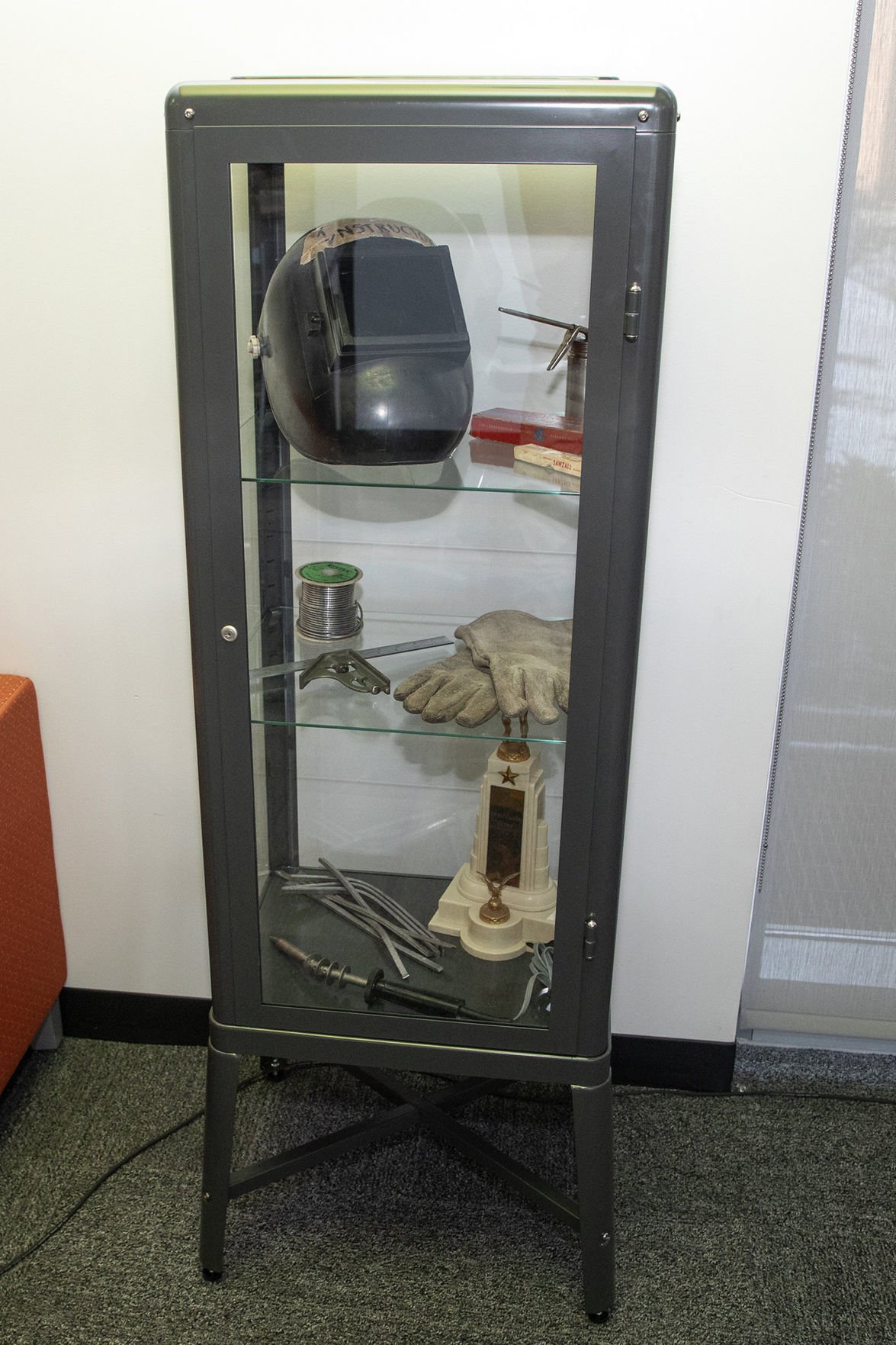 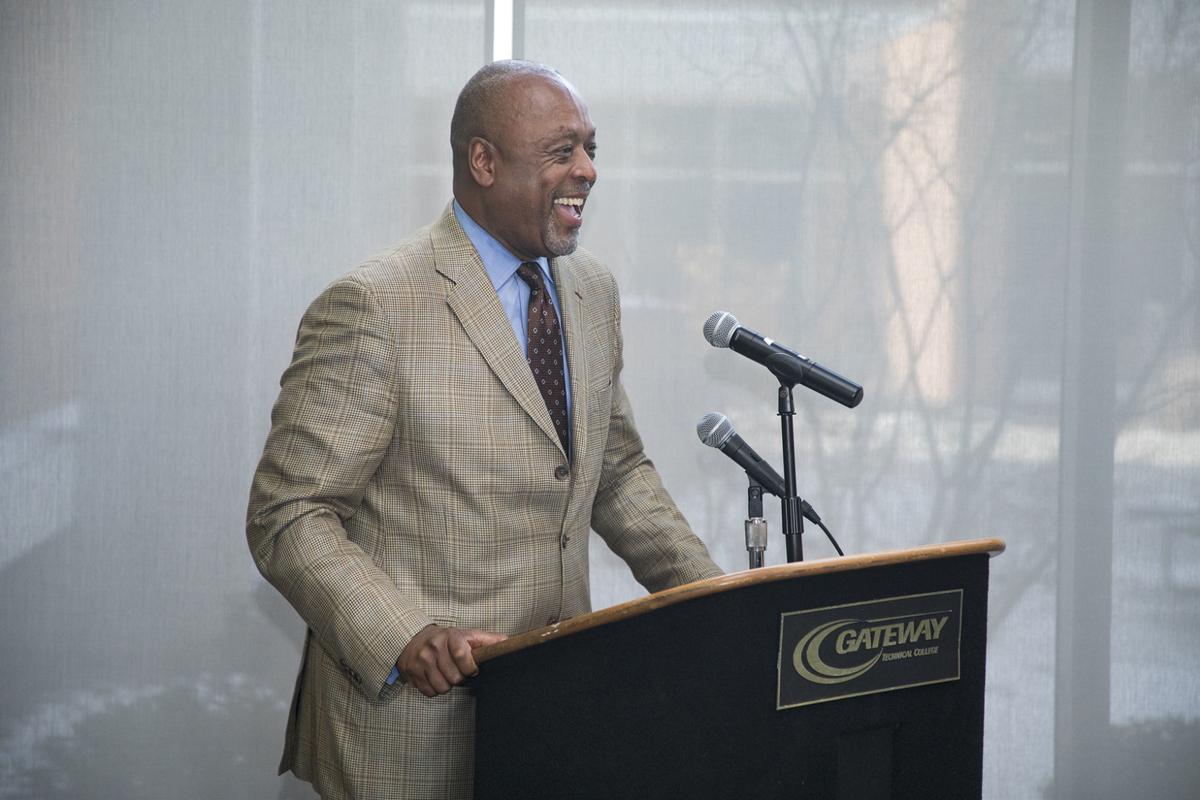 Tim Mahone shares a laugh with the audience during an event celebrating the dedication of the Arthur F. Mahone Student Atrium on the college's Kenosha campus Friday. Tim is the late Arthur Mahone's son.

Gateway Technical College dedicated the Arthur F. Mahone Student Atrium Friday in honor of one of its most noted instructors and community leaders, who set a pattern for students to develop a career in the welding and building trades.

"This really is a gift back to the community," Albrecht said.

The ceremony also featured the announcement of an  Arthur F. Mahone Memorial Scholarship, an endowed scholarship which will be a tribute to his service to the college. It is designed to help students who enroll in Gateway's welding program.

Emcee Katherine Marks told stories of the Mahones and about the Mahone Fund, which provides programs and scholarships to college-bound high school students.

The ceremony focused on the late Mahone, who passed away in 2008, and his family, who have been actively involved in education, community service and the promotion of opportunities for students who want to further their careers.

State Sen. Bob Wirch, D-Somers, presented a plaque signed by Gov. Tony Evers, and Kenosha Mayor John Antaramian presented one from the city to Mahone's son, Tim, who addressed the audience on behalf of his family.

Mahone said the scholarship and atrium reflect the values of his father. He noted the atrium is a hub for the many services and resources students use to reach their career and personal goals. It  is also a place where community members also gather for a number of events held throughout the year.

"Right here, at this atrium, students and families gather to discuss the challenges of life and it will be happening here, in my dad's name," Mahone said. "This atrium is a think tank of sorts. It's become a gathering spot for students and the community."

Mahone noted that his father was devoted to teaching, helping, mentoring and helping to create career opportunities. "My dad always had a life learning cause," he explained.

That legacy will continue.

"Today is an opportunity to talk about the trades and to help young people get into the trades," Mahone told the audience.

Aaron Frederick, a former student, told how his instructor influence his life and how it helped him to develop his career. Frederick is now a project manager with the Martin Peterson Co., a mechanical contracting firm.

Antaramian said the late Mahone told him: "One thing I like to do is tell young people about my mistakes. My goal is to have young people don't make the same mistake."

Here are some of the recent education stories featured online and in the print product of the Kenosha News throughout the month of October 2019.

Tim Mahone shares a laugh with the audience during an event celebrating the dedication of the Arthur F. Mahone Student Atrium on the college's Kenosha campus Friday. Tim is the late Arthur Mahone's son.