If you’ve been on the edge of your seat watching mortgage rates gyrate in recent weeks, you’re not alone. Homebuyers and homeowners looking to refinance have sprung into action to take advantage of record-low rates, which helps offset housing affordability challenges as home prices continue to creep up.

But why have rates moved sharply lower and, more broadly, what drives mortgage rate movements? The answers are slightly complex, but they will make sense after we explore what does (and doesn’t) drive mortgage rates. Here’s a quick crash course that could save you money on a new mortgage or a refinance:

It (sometimes) begins with the Federal Reserve

The Federal Reserve doesn’t set mortgage rates but, sometimes, the central bank’s decisions can influence them. As the coronavirus pandemic hammered the U.S. economy in 2020, the Fed said it would keep rates near zero for the foreseeable future.

“It’s the longer-term outlook for economic growth and inflation that have the greatest bearing on the level and direction of mortgage rates,” McBride says. “Because mortgages are packaged together into securities and sold as mortgage bonds, it’s the return investors demand to buy these bonds that dictates the general level of mortgage rates.”

Mortgage rate levels are priced above that of the 10-year U.S. Treasury, considered by investors to be a risk-free investment. The spread in pricing between mortgage rates and the 10-year Treasury reflects the risk that investors bear for holding those bonds, McBride adds.

“It may seem counterintuitive that 30-year mortgage rates are priced relative to yields on 10-year Treasuries,” McBride says, “but when these 30-year mortgages are packaged together into bonds, on average, they tend to pay out over a 10-year period as homeowners refinance, move or otherwise pay off their loans early.”

What happens in the economy and, specifically, how those events affect investors’ confidence, influences mortgage pricing. Oddly, though, good and bad economic news have an opposite impact on the direction of mortgage rates.

This reality is on full display in 2020. Mortgage rates already were low when COVID-19 began to spread in the U.S. The spring’s sharp declines in employment and spending pushed rates even lower.

“Bad economic news is often good news for mortgage rates,” McBride says. “When concern about the economy is high, investors gravitate toward safe-haven investments like Treasury bonds and mortgage bonds, pushing bond prices higher but the yields on those bonds lower.”

Good economic news — increases in consumer confidence and spending, positive GDP growth and a solid stock market — tend to push mortgage rates higher. That’s because the higher demand means more work for lenders who only have so much money to lend and manpower to originate loans, says Jerry Selitto, president of Better.com, an online mortgage lender.

Inflation is the increase in the pricing of goods and services over time, and it’s an important benchmark when measuring economic growth. Rising inflation limits consumers’ purchasing power, and that’s a consideration lenders make when setting mortgage rates.

Lenders have to adjust mortgage rates to a level that makes up for eroded purchasing power when inflation rises too quickly. After all, lenders still need to make a profit on the loans they originate, and that becomes more difficult when consumers’ buying power is diminished.

Likewise, inflation is a consideration investors make in the prices they’re willing to pay, and the returns they demand, on mortgages and other bonds they purchase on the secondary market.

While inflation has held at low levels for decades, some economists warn that trillions of dollars in federal stimulus issued in 2020 could allow prices to creep up.

Origination costs (so lenders can keep the lights on)

Another key consideration lenders make when pricing home loans is the cost of originating said mortgages. That includes tasks such as running a credit check, underwriting, a title search and the many other steps a lender must take to process a loan.

Tighter lending regulations implemented after the 2008 housing crash have cut into lenders’ profits as they’ve changed their systems to comply with new regulations, Selitto says. That’s pushed the cost of originating mortgages higher.

In the first quarter of 2020, the cost to originate a mortgage rose to $7,982 per loan, up from $7,525 per loan the previous quarter, according to the Mortgage Bankers Association.

“In setting prices, lenders have to look at the cost of origination and decide what margins they want above those costs,” Selitto says. “The more efficient a manufacturer of mortgages can be, the more competitive they are on pricing.”

Your financial and credit picture

Lenders have to ensure you can repay your mortgage, and they do that by assessing your risk of default.

Lenders pay close attention to your debt-to-income, or DTI, ratio, and your credit score. Your DTI ratio is the sum of all of your monthly debts (including the new monthly mortgage payment) in relation to your gross monthly income.

Your credit score is another indicator of your ability to manage debt and pay bills on time.

Borrowers with a lower credit score pay higher interest rates and have more-limited loan options if their credit is less-than-stellar.

As mortgage rates fall, your DTI ratio falls, too, because a lower rate will drop your monthly mortgage payment, which is included in your DTI ratio calculation. As a result, you could afford to buy more house, Selitto says.

When demand for mortgages surges, lenders may have to account for the spike in — and the processing costs involved — by hiking mortgage pricing. Likewise, when demand is flat or falls, lenders have to adjust pricing to attract business and keep the lights on, Selitto says.

Mortgage rates are always a moving target. They change hourly, daily and weekly, and are difficult to time perfectly. If you’re weighing a home purchase or refinance, it’s a good idea to shop with multiple lenders to compare mortgage rates and find out when you should lock in your loan.

50 small towns that are home to big businesses

Fruit of the Loom

Forget Bitcoin: 3 Investments That Are Less Risky and More Reliable

Bitcoin may be flashy, but these investments could be a better option.

Several major federal financial aid reforms made their way into Congress’ 2021 appropriations bill, signed by President Trump and made law late last year. But you’d be forgiven for missing them. The bill funded the government through September 2021 and shared the stage with a long-awaited, hotly debated Covid-19 relief bill signed into law the […]

Did you have a happy New Year? We certainly hope so. Now it's time to get back to regular routines and take care of January chores, including gathering your tax information.

The 2021 Tax Season Begins on January

The IRS has announced that the 2021 tax season has begin in January. The beginning of tax season means that the IRS will accept individual electronic returns and start processing traditional paper returns.

Soon, you and more than 150 million of your fellow Americans will be sifting through tax information and preparing returns — or have them prepared for you. In 2018, tax preparers filed nearly 79.5 million electronic returns. In 2020, the industry employed 258,802 tax practitioners in 128,770 businesses and created $11 billion in revenue. Expect tax preparers to be even busier in 2021 due to the tax laws in effect. <...

Are You "Friends" With The Internal Revenue Service?

How Are Dividends Taxed?

The income you get from owning stocks gets surprisingly complicated at tax time.

Dreaming of Early Retirement? 4 Ways to Get Ahead This Year

The sooner you start working toward early retirement, the easier it will be.

How to Budget When You Hate to Budget

Budgeting is a pain. But what’s more painful is a bill you can’t easily pay, debt that costs a fortune or not having enough money to retire.

3 High-Risk, High-Reward Stocks to Add to Your Watch List

Waiting until 70 to start Social Security is a cause for celebration, but don't delay any longer.

States with the largest tax burden

How PPP Rules for Small Businesses Have Changed This Time Around

How PPP Rules for Small Businesses Have Changed This Time Around 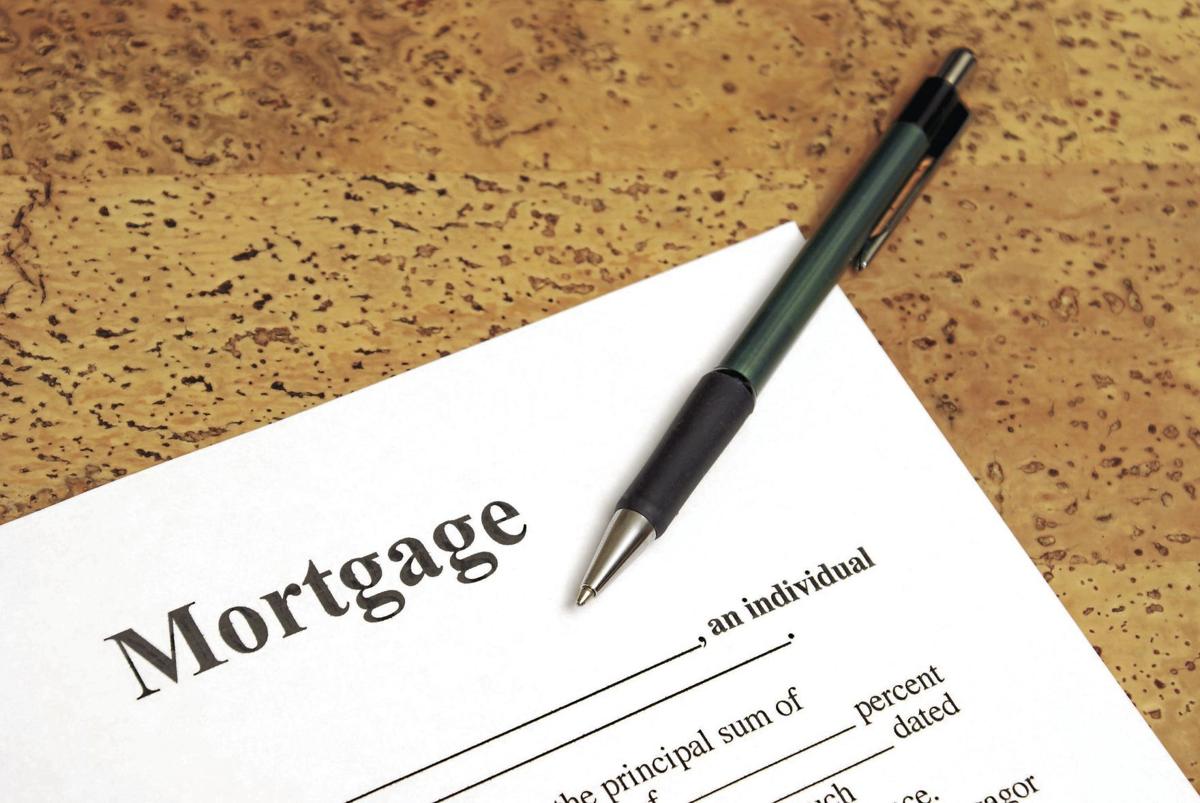 Experts say a borrower’s financial picture also plays a role in the interest rate they will receive. 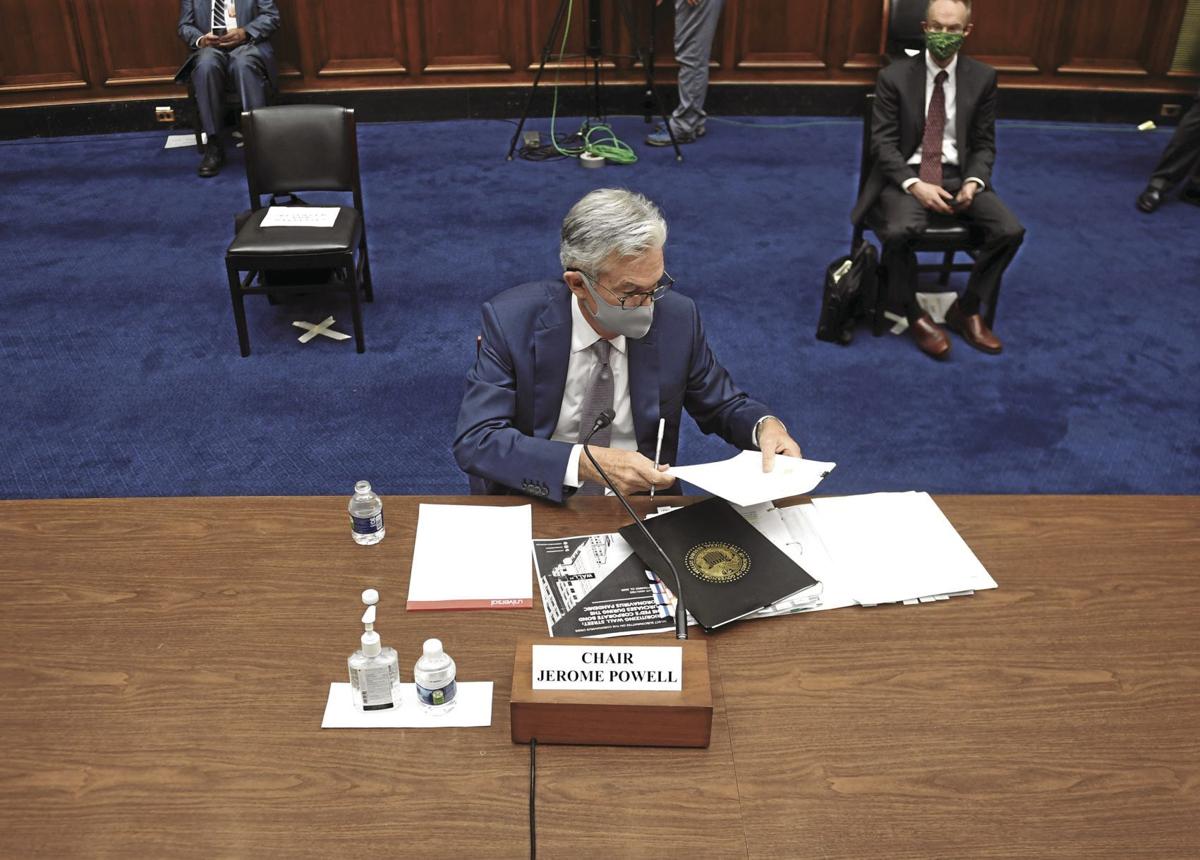