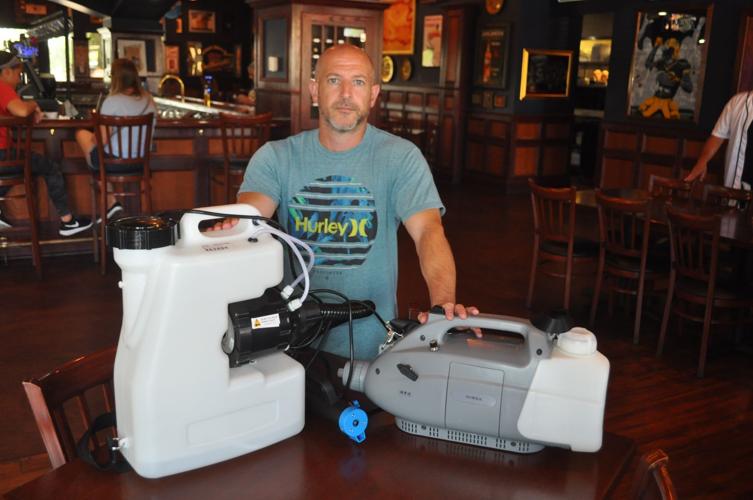 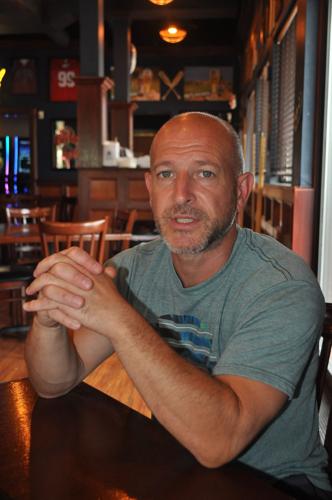 When COVID-19 forced Wisconsin business shutdowns in mid-March, restaurateur Mike Roscioli knew he had to be prepared to re-open weeks later.

To do so, he had to sanitize the restaurant, Mason’s Eatery & Pub, 7000 74th Place, and assure patrons that it was safe to enter when they could open for full indoor service. It was harder than he thought.

“The first order of business was to sanitize. However, the problem was we could not get sanitizing supplies anywhere,” Roscioli said. “We wanted to use an antimicrobial spray, but we couldn’t get it. It was almost impossible to get supplies then because no one had them.”

So, after weeks of fruitlessly searching, Roscioli, who knew the restaurant business quite well, was about to enter a business he knew nothing about.

He and Mitch Contesco decided to launch their own sanitizing business, a solution that also would help other restaurant owners and businesses.

After much study, they learned of Germinator Mobile Sanitizing and Disinfecting, an Atlanta-based company with franchises across the country. They decided to buy in.

“We studied all the different processes and companies that offered sanitizing services. We were finally convinced this would be the best business option for us,” he said.

He thought the pair would be good franchise owners who could expand the business. Established in 2015, Germinator now has 20 franchises.

Gill said Germinator uses a two-step disinfection, sanitizing process with fully-protected technicians who use electrostatic sprayers. The chemicals and process were developed with the approval of a scientific board of virologists and epidemiologists.

Roscioli knew it was risky going into a business they knew nothing about. Before they could start, he and Contesco had to undergo an intensive five-day study via Zoom. They learned about the chemicals and machinery they would use and the importance of wearing the white antiviral protection suits.

Roscioli and Contesco opened Germinator Kenosha a month ago. The fledgling company is getting its wings, looking to build a client base of commercial and resident customers.

Its first client was Roscioli’s restaurant. It took an hour and a half to thoroughly sanitize using a two-step disinfecting process that includes an application of a proprietary invisible coating, a shield that seals and protects.

“We sanitized everything so it would be ready to open,” he said. “We wanted it to be a place where people would feel safe to come to.”

Currently, the local franchise operates out of an office in the restaurant and has four employees including the owners.

It soon will offer a third patented step, a chemical monitoring system, that will involve swabbing to measure microscopic contamination. The test produces results within 15 seconds, according to the company. The swab test will be done in 30 days after the first two steps.

They hope to also add as a client the 14-screen Cinemark Tinseltown movie complex that sits behind their operation.

IN PHOTOS: Sunset in Kenosha

After 52 years with Kwik Trip and 22 years as CEO and president, Donald P. Zietlow is retiring, effective at the end of the year.

Also learn more about controversies at Airbnb and Whole Foods, plus view six charts tracking the markets. Here's a look at the week's top business and consumer news.

Now based in a 19,000-square-foot production facility in Cottage Grove, the company has plans to grow 10 fold.

How stay-at-home spouses can build credit

Even if you don't earn an income, it's important to build your own credit score. Here are some tips to make it happen.

These are the 100 richest people in the world

Some of the people on this list helped build tech empires or turned businesses into global conglomerates. Others were handed their wealth by birth.

PennyWise has tips to help you stay on budget and find deals while shopping for gifts this holiday season.

Do you get paid through Venmo, Etsy or Airbnb? Beware of new tax rules

A new rule doesn't impose any additional taxes on anyone, but it will make it harder for someone to evade or lowball taxes by using online services to channel their business income.

Try These 3 No-Brainers to Beat the Average $1,674 Social Security Benefit

On top of holiday shopping, planning family trips, and everything else that comes with the holiday season, it's important to get a handle on your tax planning before December ends.

How to set your Cyber Monday shopping strategy

A solid strategy can help you make the most of Cyber Monday without busting your budget. Here's what to do.

The story of a dairy farm transitioning to Waygu beef

Why you should pay attention to bonus offers from banks

Why you should pay attention to bonus offers from banks

Save time and money during the holidays with these apps

Save time and money during the holidays with these apps