In his visit to Gateway Technical College's Horizon Center in Kenosha on Tuesday, Gov. Tony Evers admitted there is not one quick and easy fix to the the state’s ongoing workforce struggles.

But he feels there’s one place to look that would go a long way to help the situation.

During a question-and-answer session with assembled media on a three-city stop to award Workforce Innovation Grant funds, Evers said fixing the immigration situation would certainly help those businesses who can’t fill vacancies, not only here, but across the country.

“If at some point and time, we as a nation can figure out immigration issues, the entire country would be thankful for that,” Evers said. “There are a shortage of workers, people, all across this country. For some reason, we haven’t been able to figure that out.”

Evers said he spoke to a large employer Monday night who echoed the workforce concerns heard by many. Evers said she told him if possible, she’d head to the border and come back with as many workers as she could find.

“She said, ‘I’d be glad to take two buses down to the border of Mexico and bring back people that are willing, who want to work and be good Americans, bring them back to Wisconsin. I’ll pay for there housing and pay them $20 an hour to work, too,’” Evers said.

“That tells me that the immigration policy has to be fixed,” Evers explained.

Evers said it’s difficult to pinpoint the single greatest need to close the workforce gap, which continues with the state at an unemployment rate of just 3.2%, well below the national average.

“It depends on where you are in the State of Wisconsin,” he said. “Certainly, there’s a numbers issues, but whether it’s talent development, bringing people together, providing further training going forward, selection of people for the workforce and making them workforce ready, it depends on the area.

“We need to have the people of Wisconsin to be as ready to work as possible.”

Evers said employers throughout the state were included in the decisions made for which groups would receive the first round of grants from the program. Twelve regional projects were awarded nearly $60 million in this first round, with another round set for 2022.

“All these projects that have been approved have reached out to employers all across the state,” Evers said.

When it comes to eliminating programs like food stamps and free and reduced lunches in schools, that some may think are keeping possible employees at home, Evers said he’s in no way in favor of that.

“To me, that’s an issue,” he said. “I know that was an issue that was clearly brought out during the unemployment compensation issue, that somehow people were getting so much money to be unemployed. That’s over.

“First of all, I never believed that. There was no data to support that. That’s over, and we’re still having problems. We have people in the State of Wisconsin that have an opportunity now with these projects in different parts of the state to increase their job skills so they’re more marketable. This is the right approach to take.” 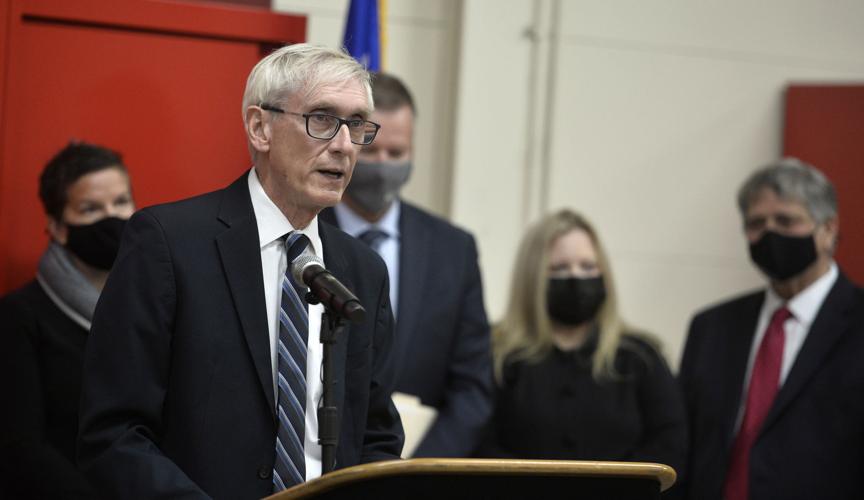 Gov. Tony Evers speaks during an announcement of a federal grant at a press conference at Gateway Technical College Horizon Center, 4940 88th Ave., on Tuesday. 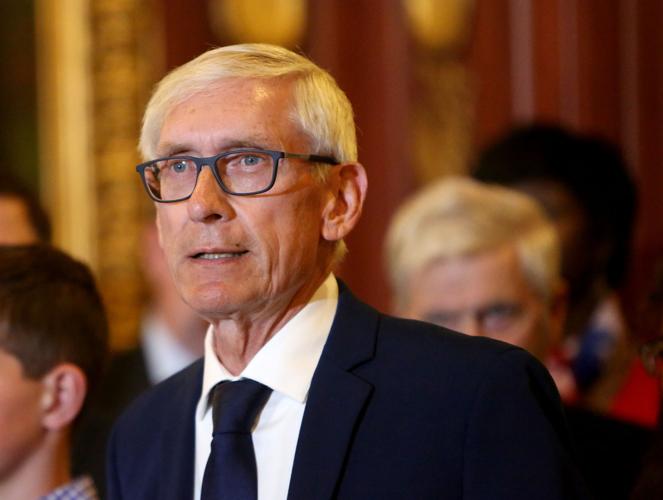