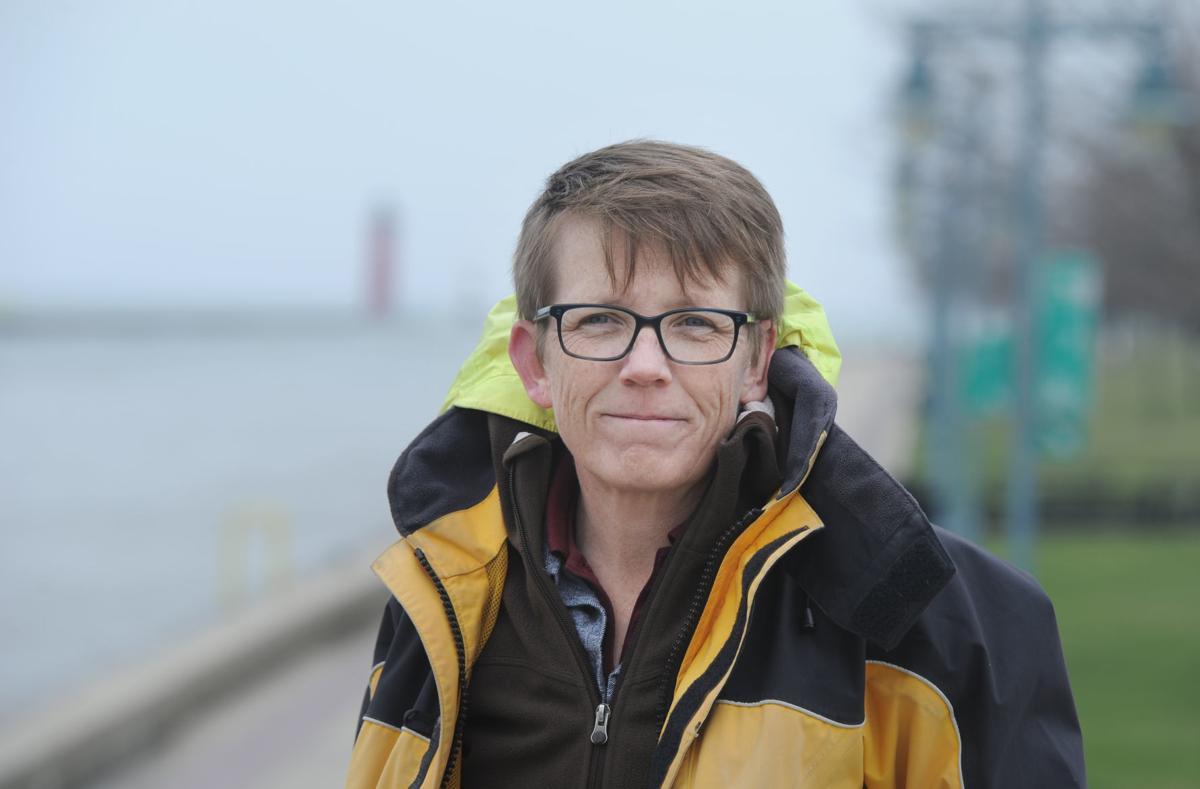 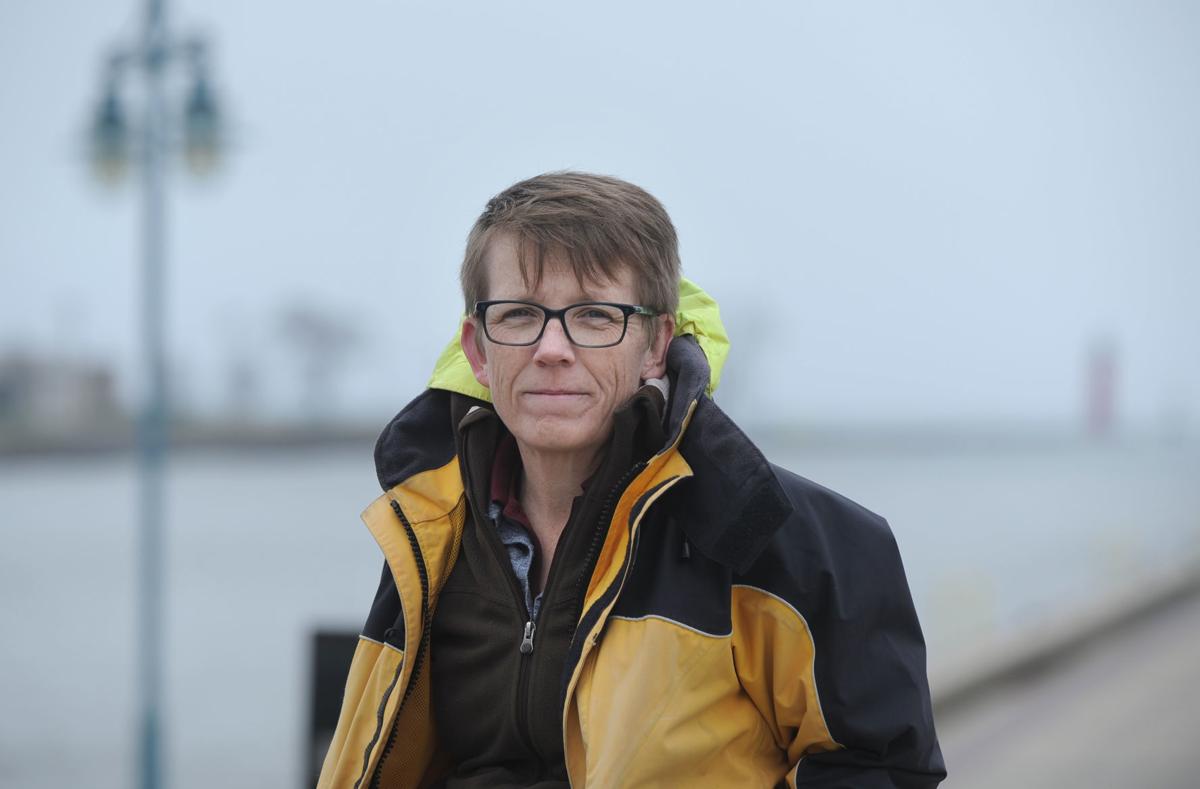 Tiffany Krihway is captain of the tall ship Denis Sullivan. 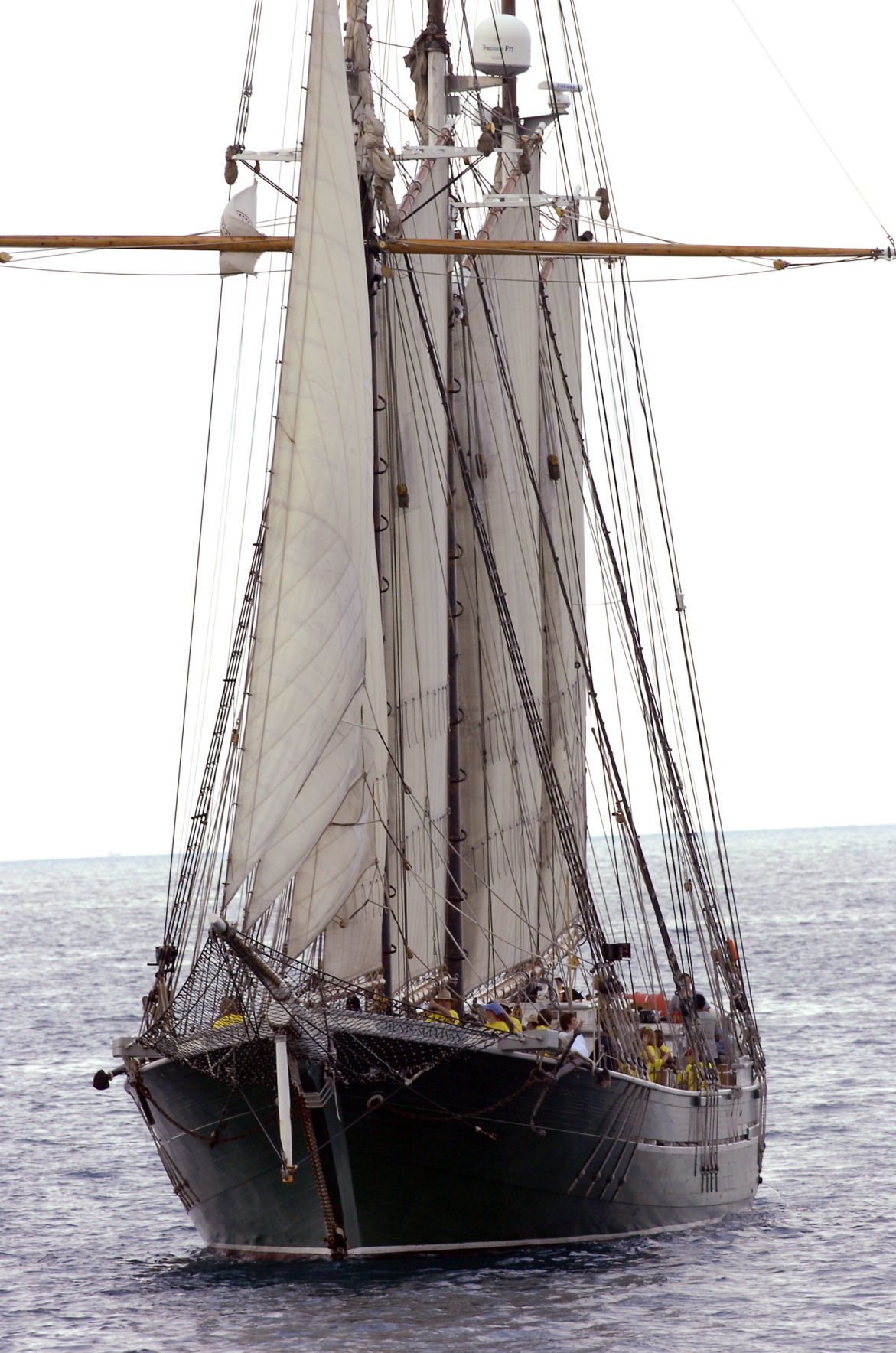 The S.V. Denis Sullivan approaches the Kenosha harbor in this photo from the 2007 Tall Ships Festival. 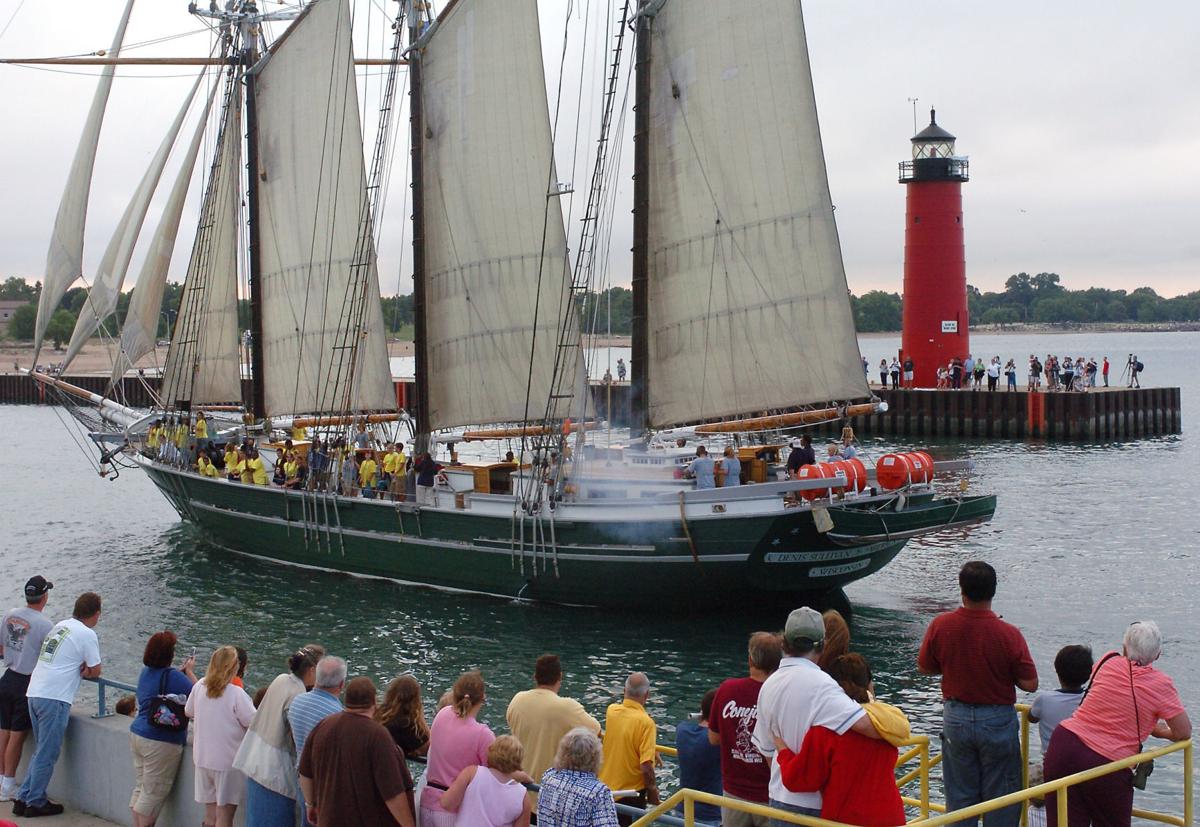 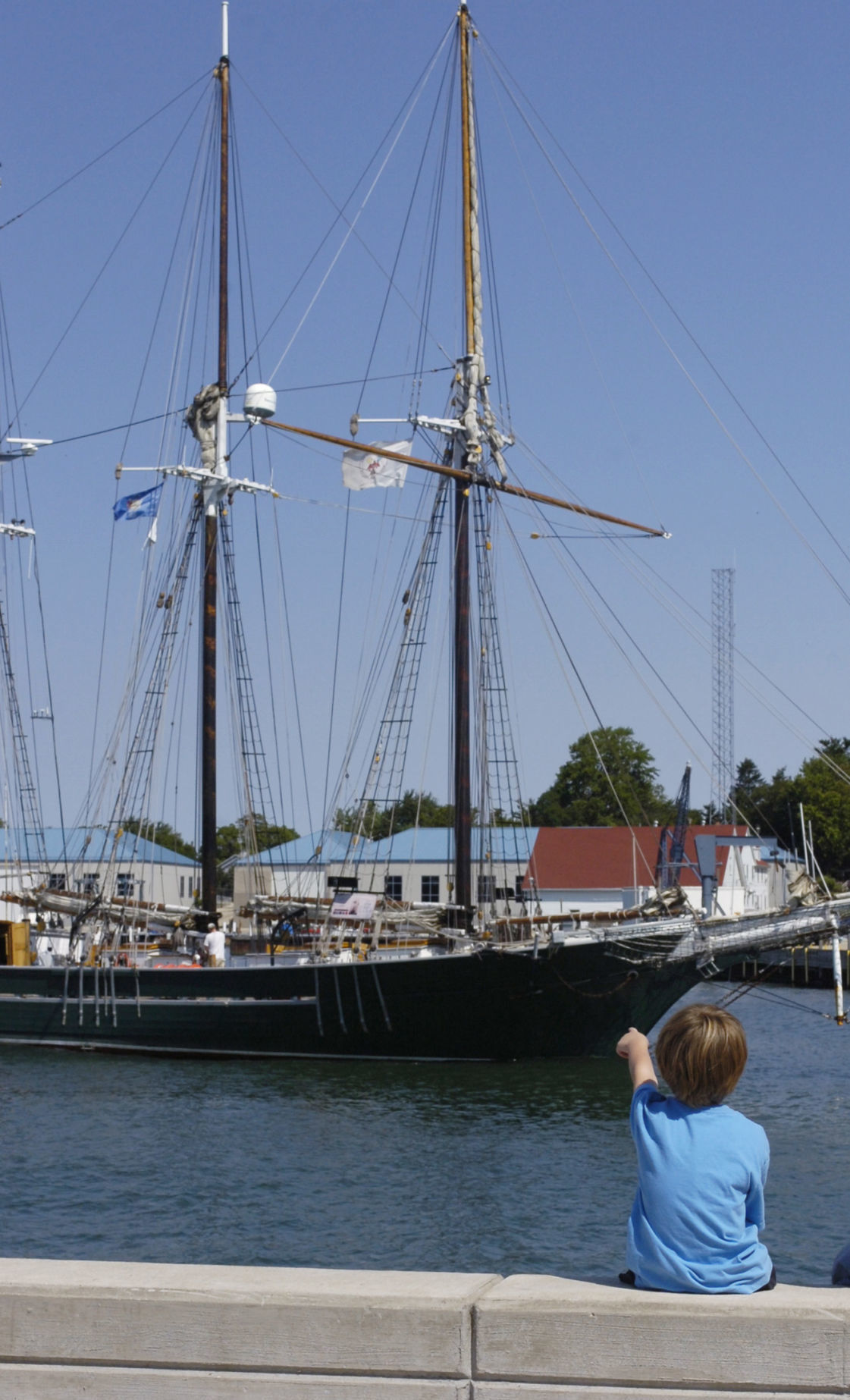 Cade Lindgren watches as the Denis Sullivan leaves the Port of Kenosha after the 2007 Tall Ships Festival. 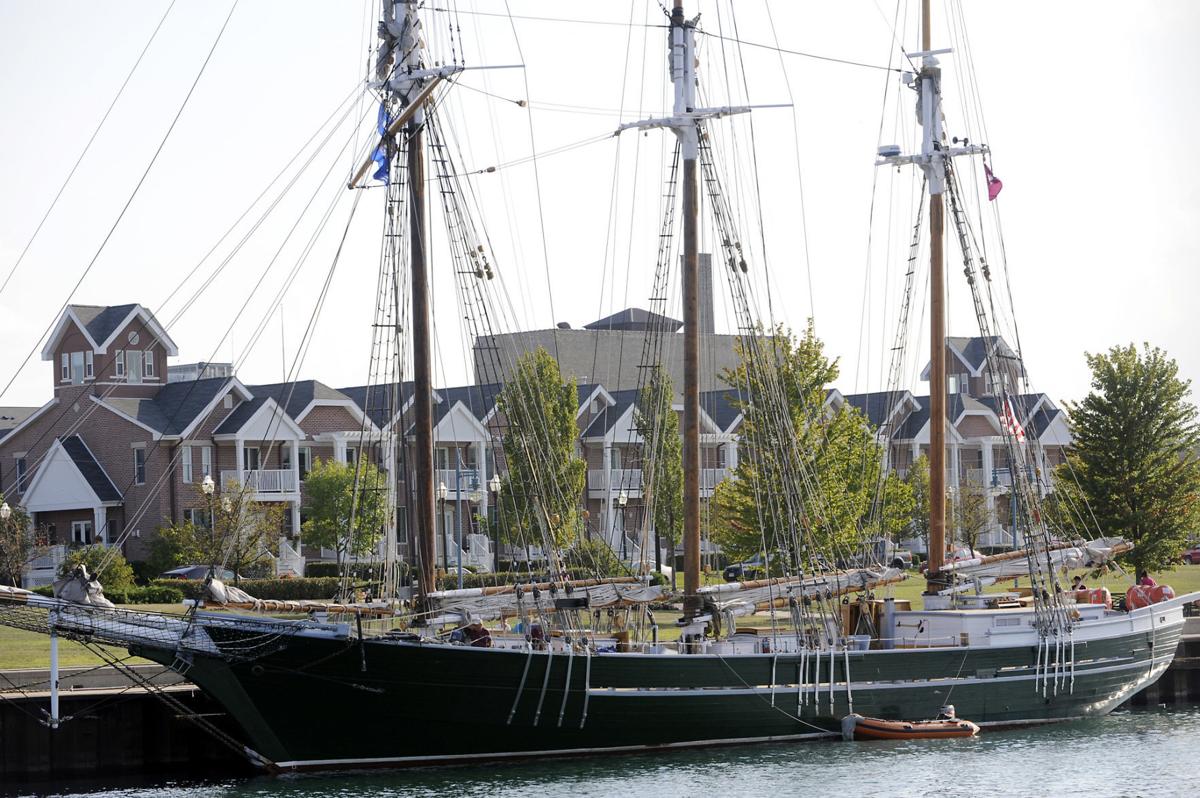 The Denis Sullivan from Milwaukee is shown docked in the Kenosha Harbor in this photo from 2010. The ship returns to Kenosha for the Tall Ships Festival.

When Tiffany Krihwan was 10 years old, she learned how to sail, taking lessons and spending time on the water with her grandfather.

“Learning to sail, like some other sports or activities, is learning to observe nature and ... how you can utilize it to what you’re trying to do,” Krihwan said.

“In sailing, you can’t sail directly into the wind. You have to be off so many degrees, and it varies from boat to boat how close you can be to the true wind. So, once you know that, then you know how to get where you’re going upwind.”

Krihwan, 46, of Milwaukee, is the captain of the S.V. Denis Sullivan, the world’s only re-creation of a 19th century three-masted, Great Lakes schooner, and one of seven tall ships that will be dropping anchor in the Kenosha harbor for the Tall Ships Festival Aug. 1-4.

23 years at the helm

Krihwan has followed the wind, using it to her advantage for sailing and propelling a 23-year career as a captain — 10 of those aboard the Denis Sullivan — something she never thought possible.

A native of Erie, Pa., she grew up sailing on Lake Erie. At age 23, thanks to her grandfather, she networked with the captain of a visiting ship who needed a mate and later found work in the tall ships world as a deckhand. She obtained her license through the U.S. Coast Guard and matriculated “hawsepiping” en route to becoming captain.

“He set up an interview, and I was hired that day,” said Krihwan, who was in Kenosha this week for some advanced preparation for the summer festival and to meet with young mariners learning to sail at the Kenosha Yacht Club.

“I literally was on the boat 20 minutes and he had me on the top of the main mast.”

Krihwan said she had always wanted to work aboard a ship, but not necessarily as captain — mainly because it had never crossed her mind.

At the captain level, however, she’s among the 10 percent of tall-ship captains who are women.

“I didn’t know I could do it. It really never crossed my radar,” Krihwan said.

But she realized that she could use her experience to her advantage.

“It’s not difficult to become a captain, but it is difficult to stay there,” she said. “A lot of people feel it’s hard to both raise a family and do this.”

Krihwan has a 9-year-old daughter.

“My partner and my daughter will join me at different ports,” she said.

In fact, Krihwan said proudly, her daughter has had “many thousands of miles of sailing under her belt.” And, she knows how to pilot a rescue boat.

“She likes to be in charge,” Krihwan said.

Krihwan said she’s experienced her share of sexism, not so much in the sailing industry, but in the still mainly male-dominated marine industry.

“I’ve had people on the marine radio tell me to go home,” she said.

On the other hand, the tall ship industry, she said, is “one of the most liberal industries around.”

“They welcome any type of sailor,” she said.

“For me (the appeal) is I just really enjoy being out on the water. The natural world. I also enjoy the long voyages.”

‘You have to love it’

Krihwan has sailed up and down the East Coast, the Great Lakes, the Canadian Maritimes, the southwest coast of California, Baja California and the Caribbean.

“I haven’t crossed an ocean yet,” she said, adding that the voyages she embarks on normally last anywhere from four to eight days.

The longest she’s ever gone without a shower was 21 days when she sailed from the Caribbean to New England with her crew.

Krihwan, who has degree in environmental science and biology, enjoys the responsibility of commanding the vessel owned and operated by the Milwaukee-based Discovery World, which is used to teach about the ship’s historical significance in developing the nation, as well as the importance of environmental science.

“In fact, her mission (the Denis Sullivan) is environmental science,” Krihwan said. “And that’s my passion. I’ve always been passionate about the environment.”

Among the educational components of her mission is to teach about the water quality of the Great Lakes.

The Denis Sullivan is a schooner that would have traditionally been used on the Great Lakes to ship building materials from the East Coast to the Midwest. Such vessels were used from the 1850s through about 1930, according to Krihwan.

They carried bulk cargo for building, iron ore and lumber, among other materials.

“She’s not a ship of war. This style of (vessel) helped to develop our nation from an economic standpoint,” Krihwan said. “It’s not a homage to war, but to prosperity.”

The vessel she commands is a piece of “living history” that she believes needs to be preserved, maintained and passed along to future generations.

“If we don’t continue to sail these tall ships in the traditional way, that’s going to go away. It’s going to disappear, go away like black-and-white photography,” Krihwan said. “Who’s going to know how to do it anymore?”

Tiffany Krihway is captain of the tall ship Denis Sullivan.

The S.V. Denis Sullivan approaches the Kenosha harbor in this photo from the 2007 Tall Ships Festival.

Cade Lindgren watches as the Denis Sullivan leaves the Port of Kenosha after the 2007 Tall Ships Festival.

The Denis Sullivan from Milwaukee is shown docked in the Kenosha Harbor in this photo from 2010. The ship returns to Kenosha for the Tall Ships Festival.