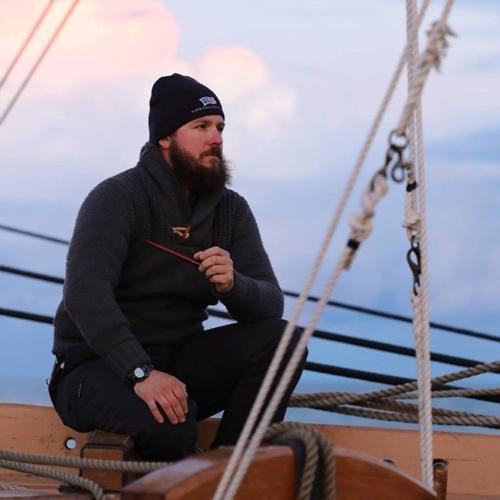 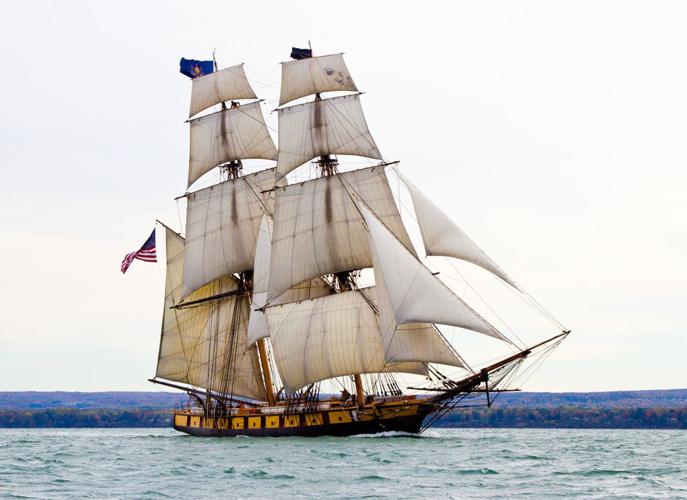 U.S. Brig Niagara is one of seven ships arriving in Kenosha Aug. 1 for the Tall Ships festival.

By Patricia Lock Special to the Kenosha News

The U.S. Brig Niagara was built by the Commonwealth of Pennsylvania. She is a re-construction and near replica of the Niagara that was part of the fleet of U.S. ships commanded by Commodore Oliver Hazard Perry in the Battle of Lake Erie during the War of 1812.

On Sept. 10, 1813, Perry was in command of the embattled U.S. Brig Lawrence at the beginning of the battle. Once the Lawrence could no longer fight, undeterred and determined to win this key battle for the United States, Perry transferred by longboat to the U.S. Brig Niagara. Perry took command of Niagara and defeated the British. Winning the battle was a turning point in the War of 1812.

The impressive square-rigged Niagara, with her two masts and miles of rope and rigging, is one of seven ships arriving Aug. 1 for the Kenosha Tall Ships 2019 maritime festival. She is the largest ship based in the Great Lakes and stays true to her mission of sharing her moment in history. Visitors to the ship will see how today’s crew live like the sailors in the early 18th century — hammocks are used for sleeping; the ceilings are so low down below you can only walk through bent over, and the real cannons on deck are used for demonstration purposes.

In a recent interview with Capt. Christopher Cusson, we were thrilled to ask him some of our most curious and typical visitor questions. Capt. Cusson grew up in New England with some time in Placentia, Newfoundland, surrounded by the sea. He started his maritime career serving four years in the U.S. Coast Guard, based in Homer, Alaska. A two-year stint at Maine Maritime Academy in Castine, Maine, solidified his love for tall ship sailing. He came out with a USCG Professional Mariners license and a love for traditional sailing ships.

First, is there any place to stand up when you’re on the mid-deck? Yes, some places — the cook is able to stand in certain spots while making three meals a day for 50 crew members of all ages. Since we are a student sail-training vessel, our crew is typically 14 years and older. Cooking three meals a day on a wood-fired stove for so many presents a challenge for the ship’s cooks. You would be amazed at the meals they turn out for us.

Where else can you stand? You can stand in between the deck beams in much of the ship, but must bend over to walk around. New crew are known to bump their heads at first, especially in the middle of the night trying to find their hammock. It is a part of living on board the ship. You get used to it over time.

Does Niagara have an engine? Yes — they help us get from place to place and on time when there is no wind. We try not to use them if we can help it; Niagara is a better sailing ship.

What makes sailing an 18th century ship, like those in “Pirates of the Caribbean” and “Master and Commander,” special? Niagara is a complicated ship. She is difficult to operate, and it takes a lot of people to sail her. What makes her special is the people you get to share it with. We get to watch our trainees learn the ship and the crew evolve as professional mariners. We teach team work and leadership skills as a part of operating the ship. Crew at work, handling sail and working together toward a common goal is rewarding. Our unique environment requires us to work together as a team. Sometimes it’s easier to manage the ship than the people. The ship would be an empty hull without the people. And for the general public as well — you can see a sense of wonderment as you step back in time.

You are obviously very passionate about Niagara and her story. Any final thoughts? Yes. I love this ship and grew up professionally on Niagara. She is a unique ship with an important story to tell. The meaningful experiences and personal lessons the ship imparts on students is her most impactful purpose. She is an ambassador for Erie and Pennsylvania. We have two-week programs where anyone can sail with us from age 14 up. It is fully immersive, and you become part of the crew. You just need a little sense of adventure and two weeks for a once-in-a-lifetime experience. We look forward to our visit to Kenosha and welcoming you on board. Thank you for inviting us.

Patricia H. Lock is the tall ship consultant for the city of Kenosha.

About the U.S. Brig Niagara

For more information about sailing on the U.S. Brig Niagara, visit www.flagshipniagara.org.

Local students ages 16-19 are being sought to serve as apprentice crew on a tall ship this summer.

The Kenosha Tall Ships festival is seeking food vendors for the event at the harbor Aug. 1-4.

Savannah, Farr, 11, has won our Tall Ships Drawing Contest She is in sixth grade at KTEC West.

Coming to Kenosha: The Pride of Baltimore II

Third of a weekly series on the tall ships coming to Kenosha.

Picton Castle to arrive in Kenosha in August with international crew

As I Sea It: Most unpredictable elements are people and weather

What is the most challenging aspect of your business? My guess — dealing with people (i.e., employees, vendors and/or clients). Sailing Red Wi…

U.S. Brig Niagara is one of seven ships arriving in Kenosha Aug. 1 for the Tall Ships festival.