After a two-week jury trial — and more than a year of heated dispute in the court of public opinion — the case of Kyle Rittenhouse is in the hands of 12 men and women from Kenosha County.

The jury is expected to begin deliberations Tuesday morning, tasked with deciding whether Rittenhouse should pay a criminal price for shooting and killing two men and for injuring another, as well as endangering the lives of two men who were nearly hit by gunfire during the civil unrest in Kenosha on the evening of Aug. 25, 2020.

To make a decision, the jurors will have to decide whether Rittenhouse could have reasonably believed that he was in imminent danger of death or great bodily harm when he used deadly force to shoot the three men with his AR-15 style rifle.

Now 18, Rittenhouse was a 17-year-old Antioch, Ill., resident when he came to the city during protests that followed the shooting of Jacob Blake by a Kenosha Police officer. Armed with an AR-15 and telling people, falsely, that he was an EMT, Rittenhouse joined two friends and a group of armed strangers at the Car Source used car business in Downtown Kenosha.

During the night, Rittenhouse shot and killed Joseph Rosenbaum, a 36-year-old homeless man from Kenosha who had just been released from a hospital that day, and Anthony Huber, a 26-year-old Silver Lake resident who grew up in Kenosha and whose aunt said he had come to the protest that day because he knew Blake.

Rittenhouse also shot and injured Gaige Grosskreutz, now 27 of Milwaukee, a licensed paramedic who came to the protest to volunteer as a medic.

Rittenhouse and his supporters have maintained that he shot all three men in self-defense, shooting Rosenbaum first when he chased Rittenhouse in a parking lot at Sheridan Road and 63rd Street, then shooting Huber and Grosskreutz as they joined a group of people who ran after Rittenhouse after the first shooting.

Using drone video that shows the shooting of Rosenbaum, prosecutors have argued during the trial that the video shows Rittenhouse arriving at the 63rd Street Car Source, putting down a fire extinguisher he was carrying, and pointing his AR-15 style rifle at a man and woman. Binger argued that Rittenhouse pointing the gun at the couple provoked Rosenbaum, who was unarmed, to chase him.

The video shows Rittenhouse turning and shooting Rosenbaum four times in less than a second, the shot that killed him striking him in the back as he fell to the ground.

“There is no evidence that Mr. Rosenbaum was reaching for the defendant’s gun, and after that first shot, Mr. Rosenbaum could not have taken that gun even if he wanted to,” Binger told the jury. “He is already falling to the ground, he is helpless, he is vulnerable, and that kill shot hit him in the back.”

The defense argued that the video does not show Rittenhouse pointing the gun at the couple, and argued that Rosenbaum was trying to ambush Rittenhouse and steal his gun. Rittenhouse testified that earlier in the night Rosenbaum told him that if he got him alone he would kill him.

“Mr. Rosenbaum was shot because he was chasing my client, because he was going to kill him, take his gun, and carry out the threats he made,” Richards told the jury.

After the Rosenbaum shooting, Binger argued, the crowd on the street that had heard the gunfire, heard people yelling that Rittenhouse had shot someone, and saw him running down the street with his rifle.

“He does nothing to demonstrate to the crowd that he’s not going to kill again, and it turns out that he does. Within a few seconds, he did kill again,” Binger said.

The prosecution stated that the defense argument is that Rittenhouse had a right to self-defense, but that the people he shot did not. Binger characterized those trying to stop Rittenhouse as heroes.

“Did Anthony Huber forfeit his life by trying to be a hero and disarm an active shooter?” Binger asked.

Some protesters outside but outnumbered by media. Woman in a car is yelling “lock him up” after another guy in an SUV drove by twice yelling “go home!” at protesters pic.twitter.com/bkkFFOpfBv

The prosecutor drew the jury’s attention to Rittenhouse’s actions throughout the night, when he repeatedly told people he was an EMT although he was not, and brought a powerful AR-15 rifle to a volatile situation despite having only handled the gun once before.

Binger called the armed men Rittenhouse was with that night “wannabe soldiers acting tough ... just a small part of the deluge of chaos tourists we saw here in Kenosha.”

In his closing argument, Richards criticized the state’s case and the prosecutors, accusing them of pursuing a political prosecution against Rittenhouse.

“Mr. Binger, the person who has made it his personal goal of putting my client’s head on his wall,” Richards said.

“Ladies and gentlemen this is a political case,” Richards said. “The District Attorney’s Office is marching forward with this case because they need someone to be responsible.”

Richards argued that Rosenbaum provoked his own shooting and caused the chain of events that followed. He ridiculed the idea that the crowd believed Rittenhouse was an “active shooter,” saying that Rittenhouse was running toward police and not firing his weapon at anyone before the second set of shootings that ended in Huber’s death and Grosskreutz’s shooting.

“Kyle was zero threat to anyone,” he said.

Richards told the jury that Rittenhouse was privileged to use self-defense under Wisconsin law because he reasonably believed at the time of the shootings that he was in danger of death or great bodily harm.

Binger said the evidence showed the exact opposite. “No reasonable person would have done what the defendant did, and that makes your decision easy. He is guilty of all counts.”

Jurors are set to return at 9 a.m. Tuesday.

More details about the Kenosha woman accused of shooting and killing a dog Monday morning in the Wilson neighborhood have been released.

A Kenosha woman was arrested for allegedly shooting and killing a dog Monday morning in the Wilson neighborhood.

Father of toddler who died from neglect in Lomira charged in case; mother already convicted, in prison

The father of a 3-year-old child who died after his mother Jamie Hildebrandt covered up abuse in 2020 has been charged with child neglect.

Woman charged with OWI, abducting 3 children from Indiana after I-90 traffic stop in Columbia County

A woman has been charged with OWI and abducting three children between the ages of 13 and 16 after a traffic stop in Columbia County, authorities reported. 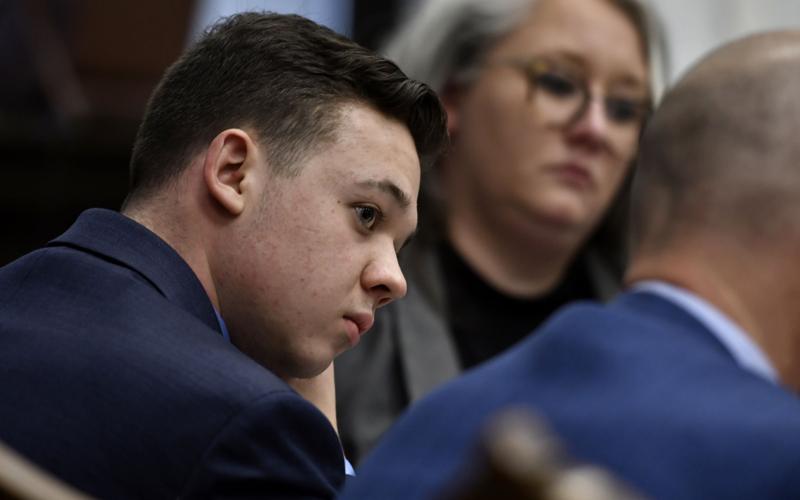 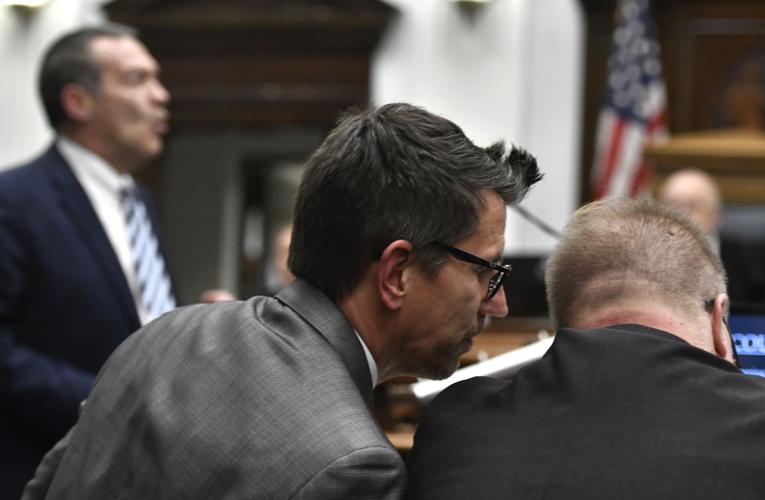 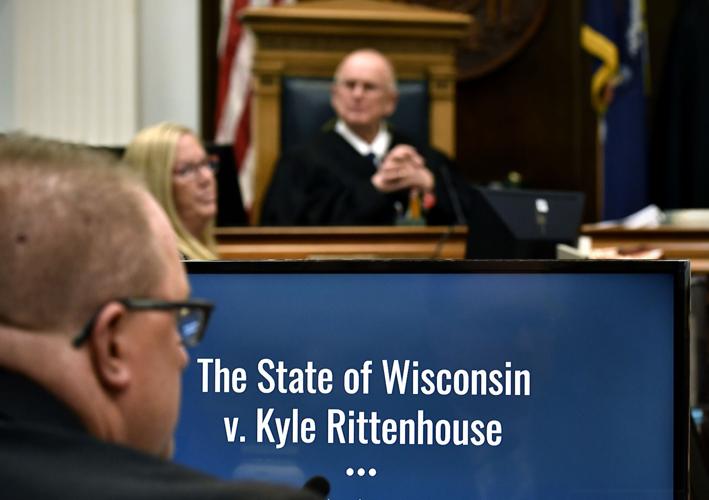 Assistant District Attorney James Kraus, left, gets ready as the prosecution prepares to give closing arguments in Kyle Rittenhouse’s trial Monday at the Kenosha County Courthouse. Judge Bruce Schroeder waits, in the background, at his bench. 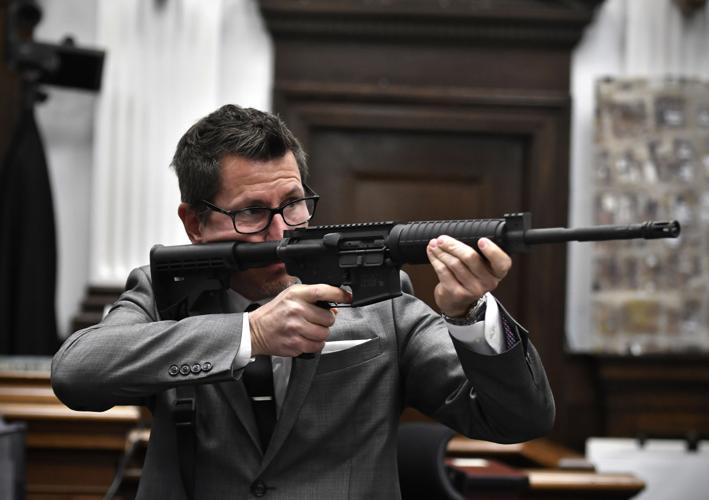 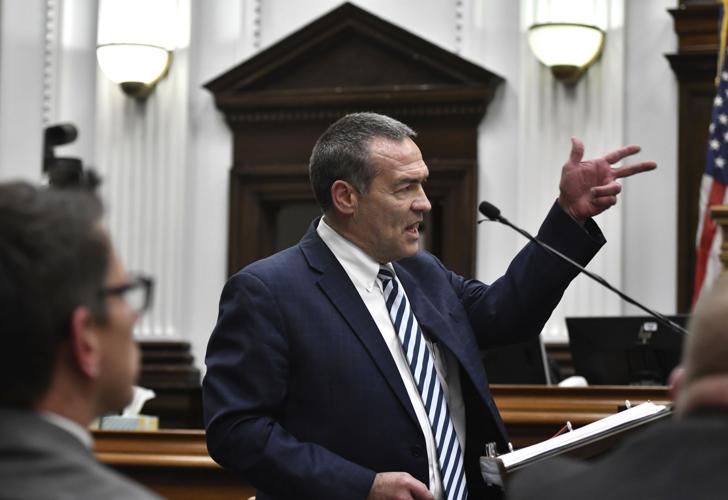