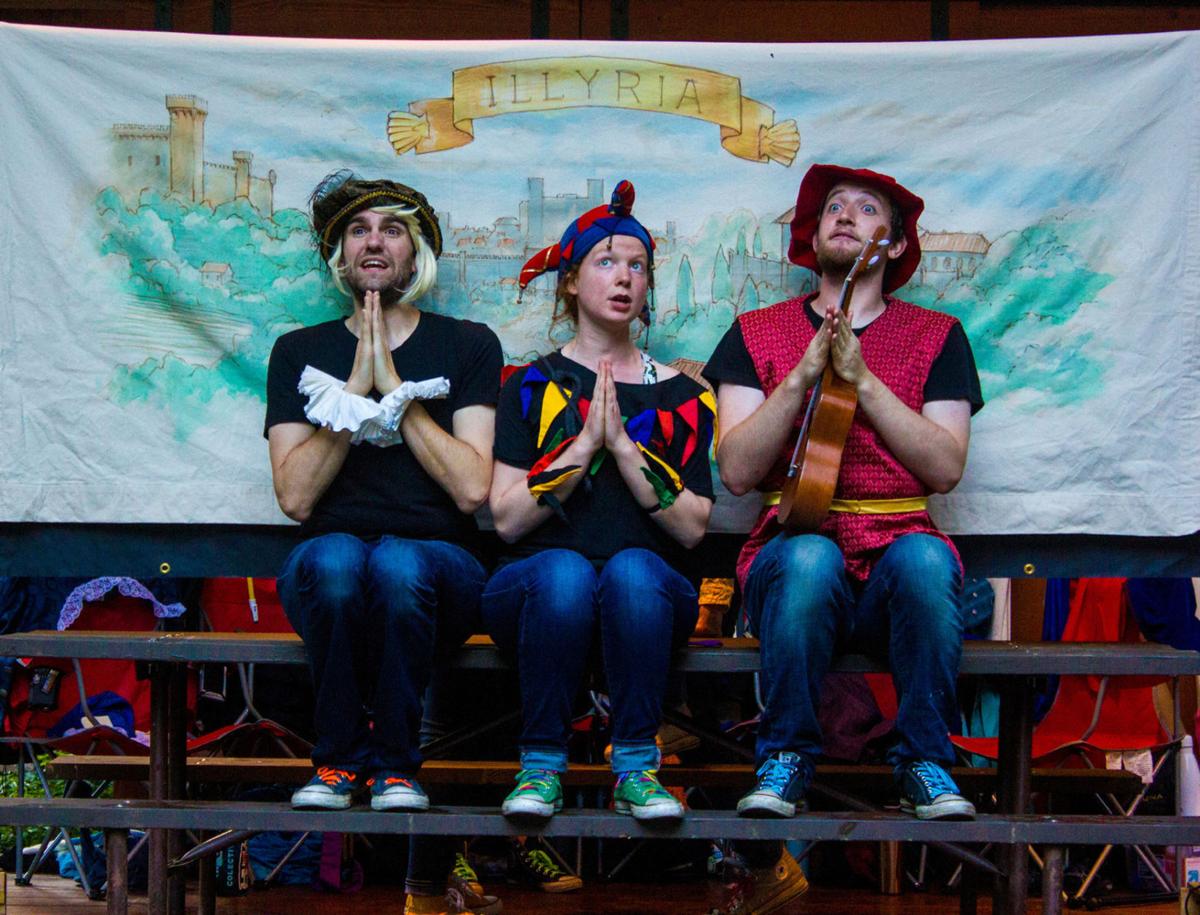 The Summit Players Theatre troupe members promise their Shakespeare shows and workshops are fun for all ages. 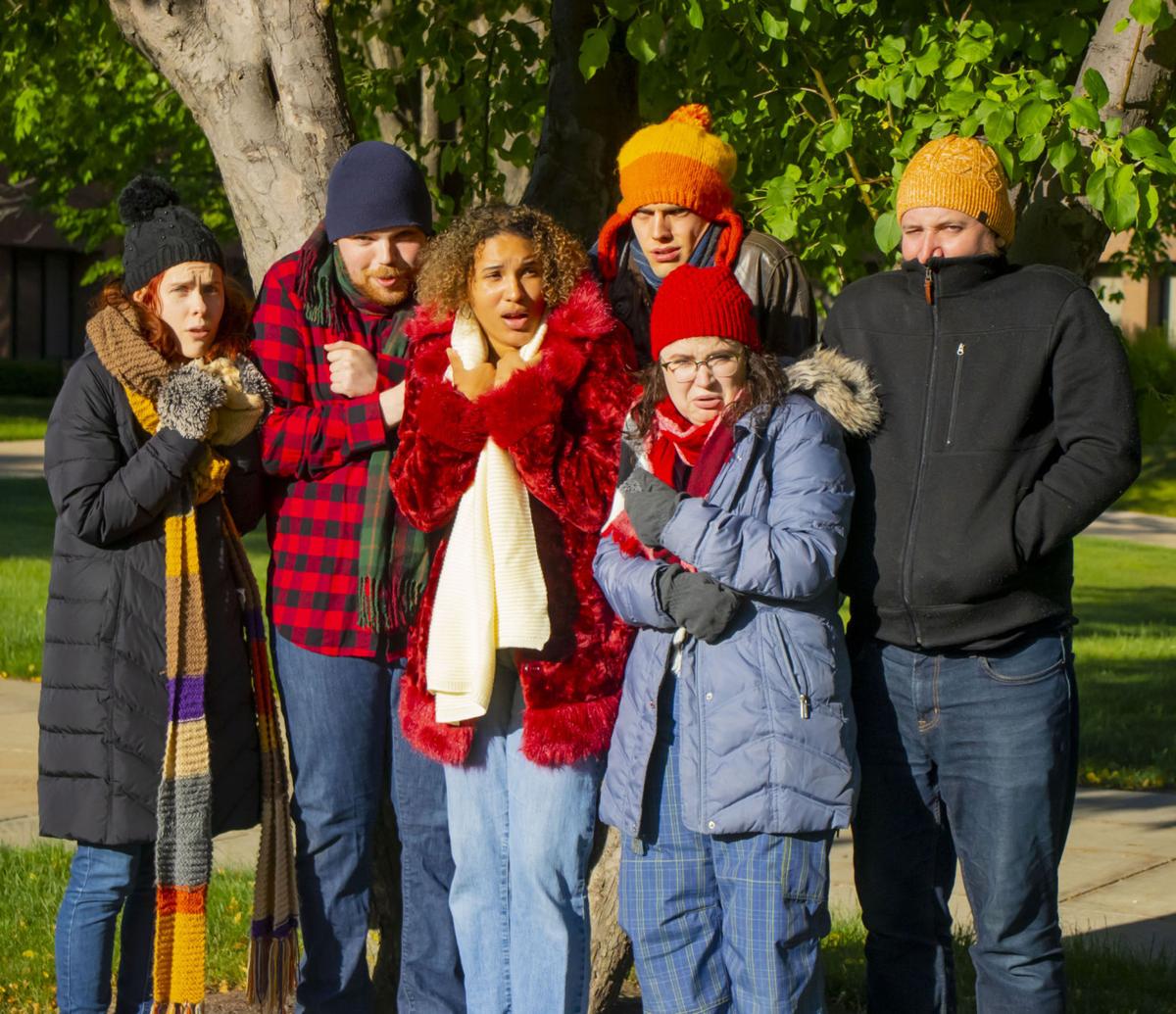 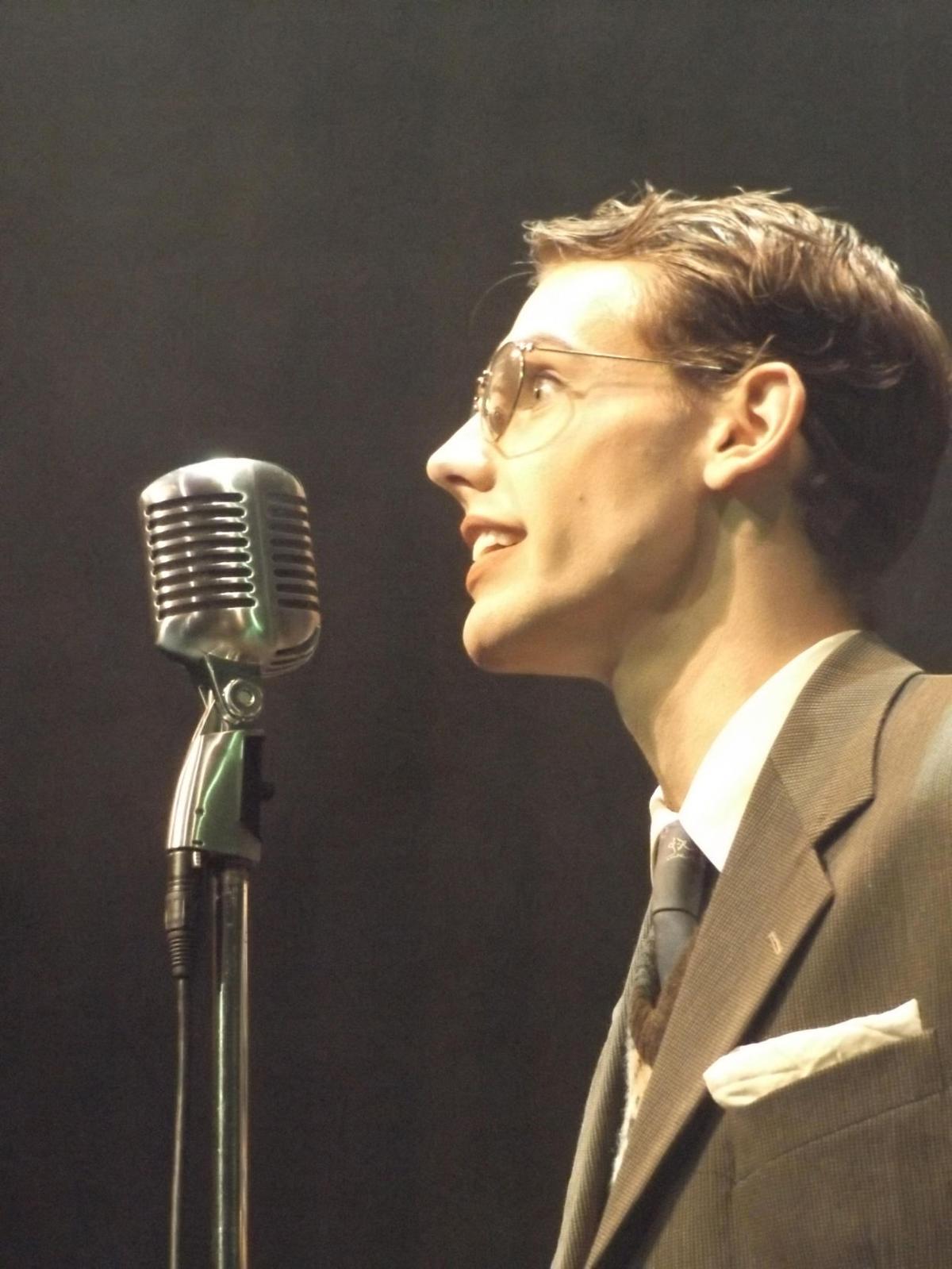 Cole Conrad, seen playing the role of the reporter in “The War of the Worlds: The Radio Play” at the University of Wisconsin-Parkside in October of 2018, is performing Shakespeare this summer in 24 Wisconsin state parks. 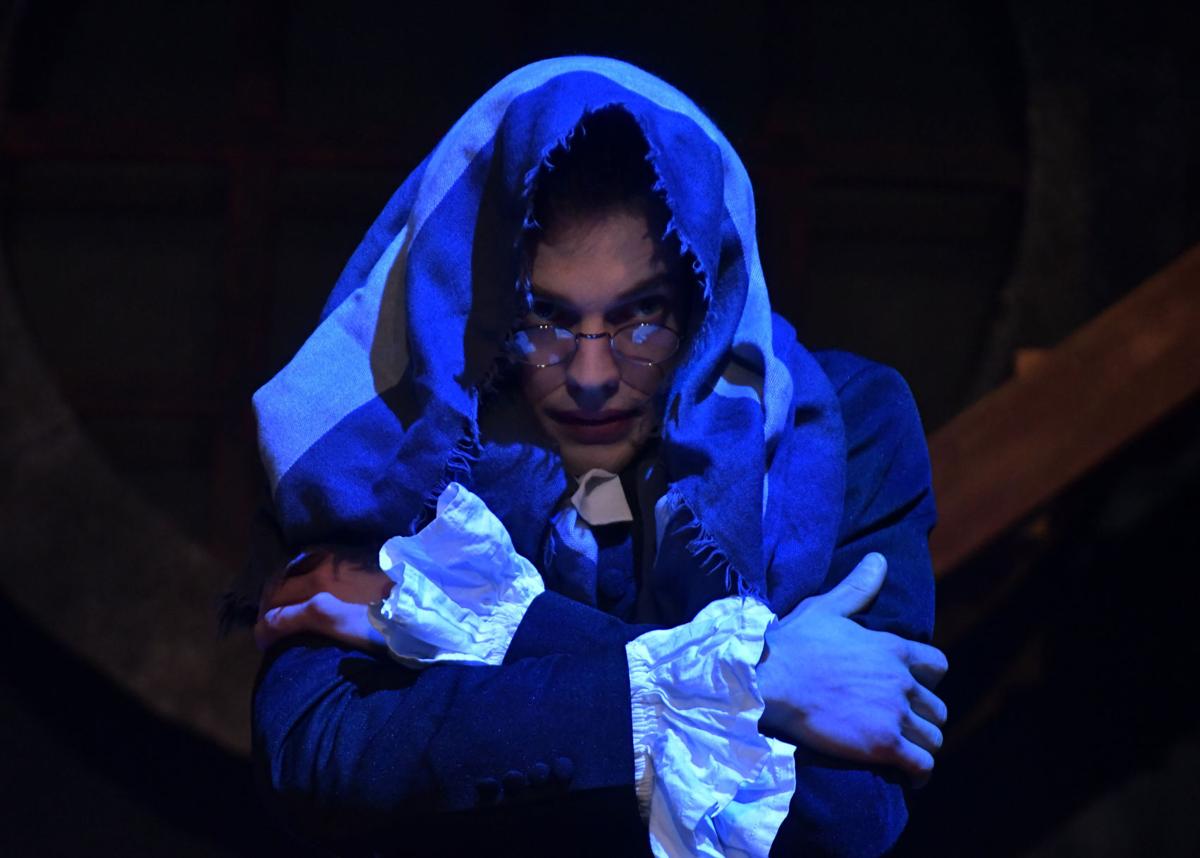 Cole Conrad gets caught in a storm in “Midnight and Moll Flanders” at UW-Parkside in November of 2018. This summer, Conrad is performing Shakespeare in 24 Wisconsin state parks.

A cold wind will be blowing through Bong State Recreation area Saturday.

You may not have to bundle up, however; this chill comes courtesy of English playwright William Shakespeare and his play “The Winter’s Tale.”

The Summit Players Theatre troupe is performing the show in Bong to kick off its 2021 Shakespeare in the State Parks tour.

The traveling theater company, now in its seventh season, will bring the comedy/drama to state parks across Wisconsin from June 12 through Aug. 22. In all, the actors will set up shop in 24 parks.

Before the 7 p.m. show at Bong, the acting company leads a 45-minute workshop on Shakespeare, designed to help modern audience members get over their fear of the Bard’s works.

Cole Conrad — a Burlington native performing with the troupe this summer — says watching a performance of Shakespeare differs greatly from reading the sometimes dense text.

“The plays are meant to be seen, not to be read,” he said. “Shakespeare wrote his plays to impart feelings; you’re meant to see the emotions on the actors’ faces. Even if you don’t know exactly what they’re saying, you’ll understand what’s happening through their actions.”

Conrad, who graduated from the University of Wisconsin-Parkside in 2019 and now lives in Kenosha, added that attending a play outside has added benefits.

“This is something really special, a real treat,” he said. “Seeing it live outside in nature? That’s got to beat watching TV inside. And if you’re a history buff, what a cool way to step back in time.”

The Summit Players shows are performed in a “fun, family-friendly way” — according to their publicity materials — so expect the more tragic aspects of “Winter’s Tale” to be toned down.

The plot gets complicated, but at its heart it focuses on Leontes, king of Sicilia, who plays host to his friend Polixenes, king of Bohemia. After a bout of unfounded jealousy, however, Leontes sets in motion a tragedy of death and an abandoned baby. The story resumes 16 years later, with Florizell, the son of Polixenes, falling in love with a young woman ... could she be the long-lost princess?

The shows are cut for length, though the dialogue isn’t altered. It’s all the Bard’s words; just less of them.

The Summit Players Theatre was founded by Hannah Klapperich-Mueller, who was inspired after a family camping trip.

“I was walking past a wooden amphitheater in a state park, and I thought ‘wouldn’t it be great to go there and do a show?’” she said.

At that time, Klapperich-Mueller was an undergraduate student at Marquette University, and she enlisted some of her classmates into doing a tour through Wisconsin’s state parks.

The troupe’s first show was at Bong, and the troupe continues to start the tour at Bong “because that’s where we started, and they were so receptive to us.” Audiences, she said, continue to embrace the outdoor shows.

Conrad, who plays Prince Florizell (and also covers a few other minor roles), said joining the troupe “is a cool experience. You get to travel all over the state and see beautiful parks, plus Summit Players is one of the best Shakespeare companies. They do really good work.”

At UW-Parkside, Conrad earned his Shakespeare acting chops in “Macbeth” and “A Midsummer Night’s Dream.” He also acted in “The Comedy of Errors” with a professional Milwaukee company in 2019 and has had roles in “Henry V” and “The Merchant of Venice.”

He says Shakespeare’s plays have lasted through several centuries because “the language is so poetic. It’s like when you read a really good novel; it’s just so beautifully written.”

Actors just want to have fun

The free 45-minute pre-show workshop on Saturday is interactive, with theater games and a discussion about Shakespeare, plus a preview of the show.

“We go through the plot with the kids beforehand,” Conrad said. “This show is like a fairytale, with kings, princes, princesses and betrayals.”

Being outside, he added, “makes it feel like you’re playing even when the show is serious. These shows are called plays for a reason.”

At one point in the show, two characters ride in on horses “and we’re using brooms, because it’s just fun,” Conrad said.

“We hope to inspire kids to go home and play, to grab a broom and have a horse of their own.”

The shows are performed rain or shine — moving inside if the weather is bad.

What: Summit Players Theatre's production of Shakespeare's “The Winter's Tale”

Feeling ill? The Summit Players Theatre asks that anyone not feeling well stays home. You can join the troupe at a later stop this summer on their tour. Check the calendar at www.summitplayerstheatre.com. (Also, a filmed version of the show will be available on the website for viewing from home.)

Masks are optional for vaccinated people and are encouraged for folks who have not be vaccinated yet.

Seating will be spread out to allow for social distancing.

Vaccination bonus: If you come to a performance and show your vaccination card or proof of vaccine, "we'll reward you with some fun exclusive merchandise."

The Kenosha Art Association is offering a new slate of classes. All classes are in the Faulkner building on Kemper Center grounds 6501 Third Ave.

The Summit Players Theatre troupe members promise their Shakespeare shows and workshops are fun for all ages.

Cole Conrad, seen playing the role of the reporter in “The War of the Worlds: The Radio Play” at the University of Wisconsin-Parkside in October of 2018, is performing Shakespeare this summer in 24 Wisconsin state parks.

Cole Conrad gets caught in a storm in “Midnight and Moll Flanders” at UW-Parkside in November of 2018. This summer, Conrad is performing Shakespeare in 24 Wisconsin state parks.