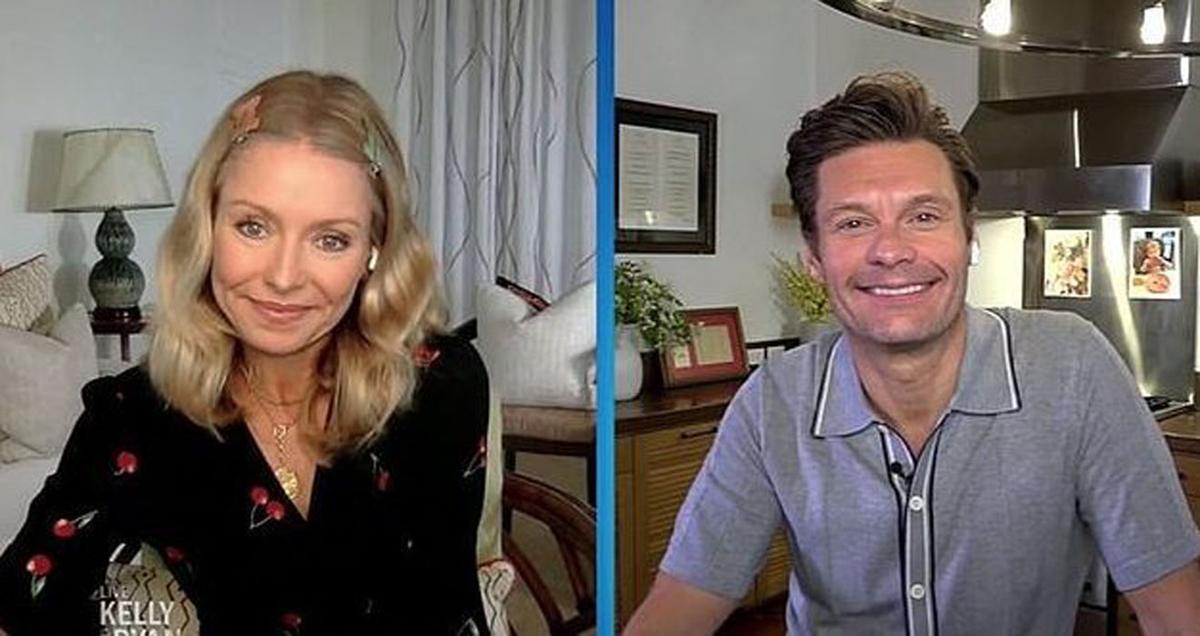 Kelly Ripa and Ryan Seacrest are seen hosting their "Live!" TV talk show remotely last spring. Ripa and her family were in the Caribbean at the time; a fact she didn't disclose to viewers for several weeks. 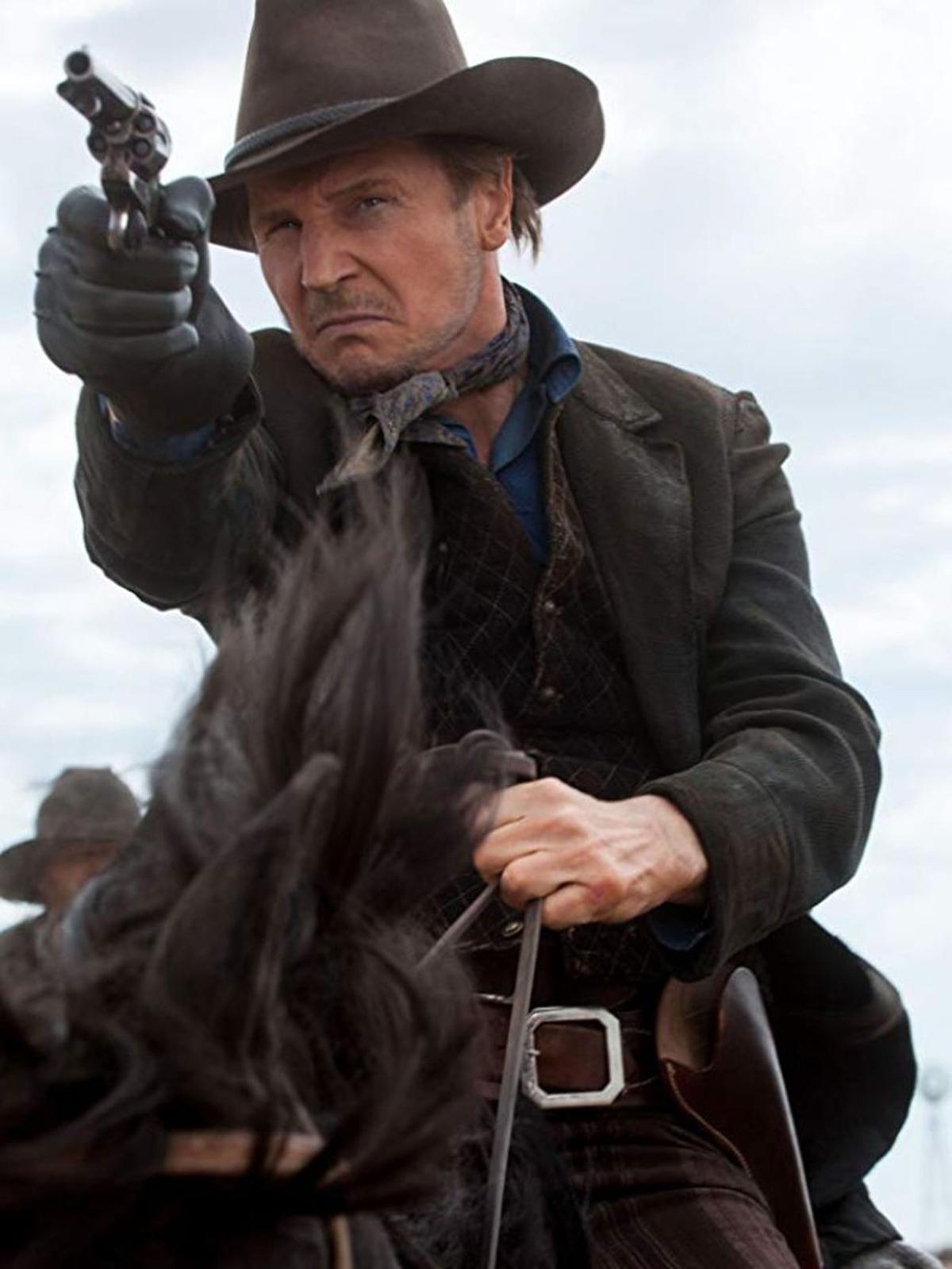 Liam Neeson (and his butt) starred in "A Million Ways to Die in the West." 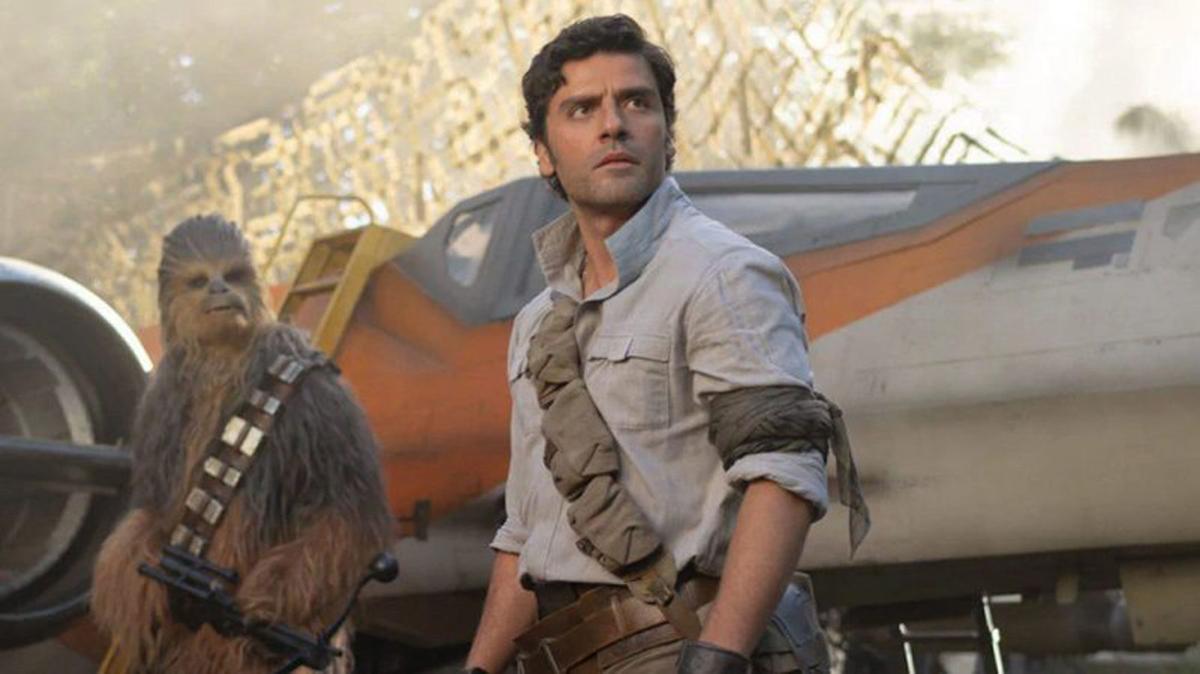 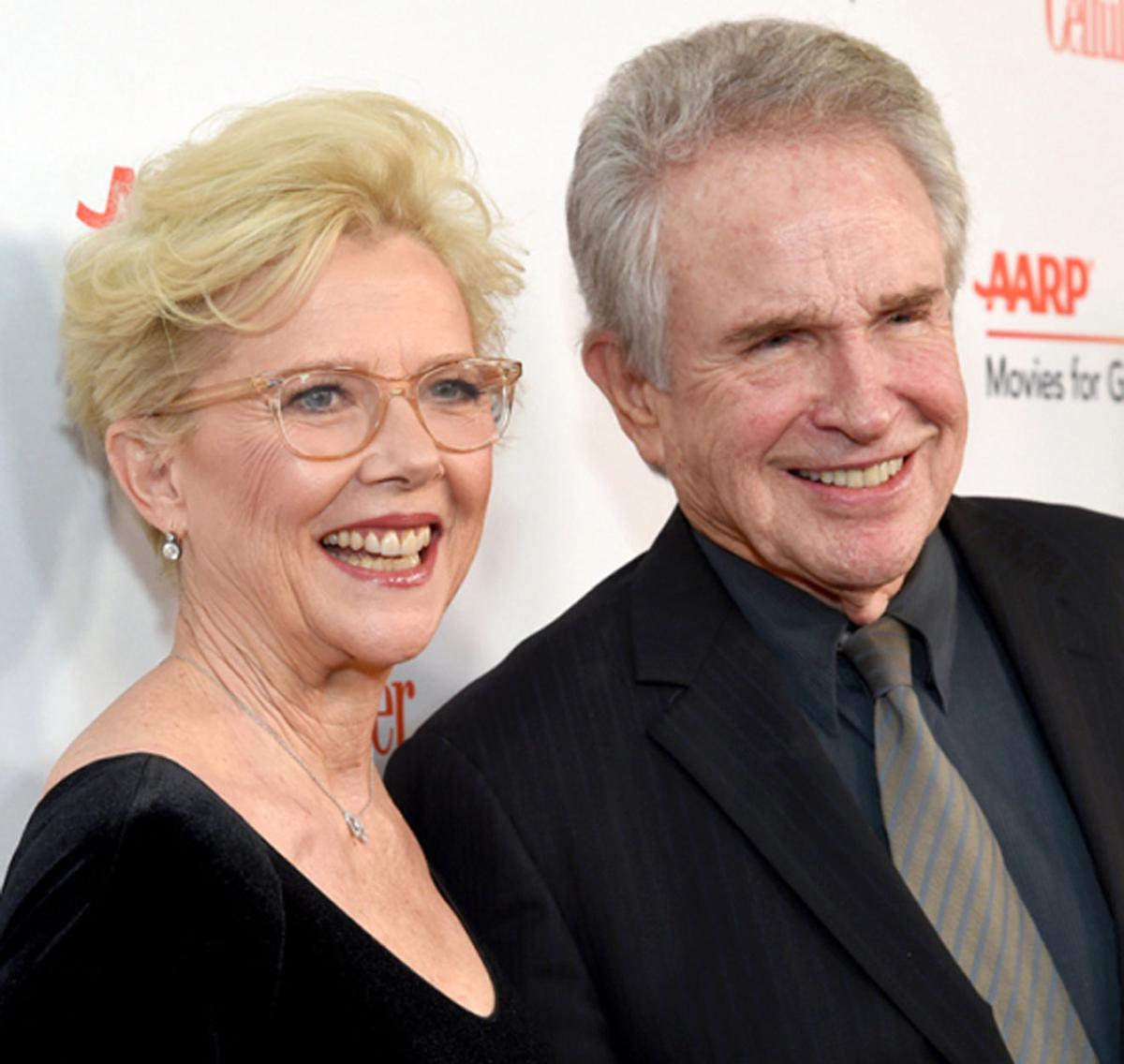 Hollywood actors Annette Bening and Warren Beatty have been married for close to 30 years, but we doubt her claims they can make it 40 more years. 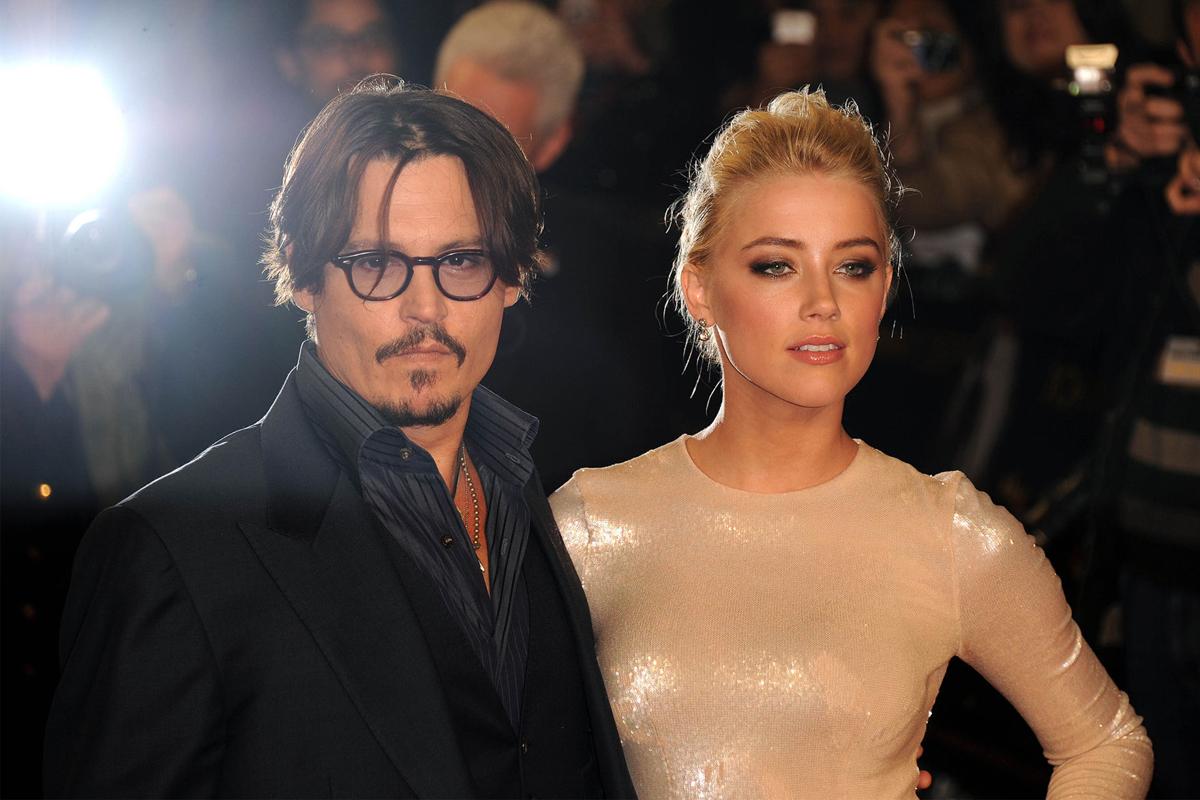 Ex-spouses Johnny Depp and Amber Heard pose for photographers in what were presumably happier times. 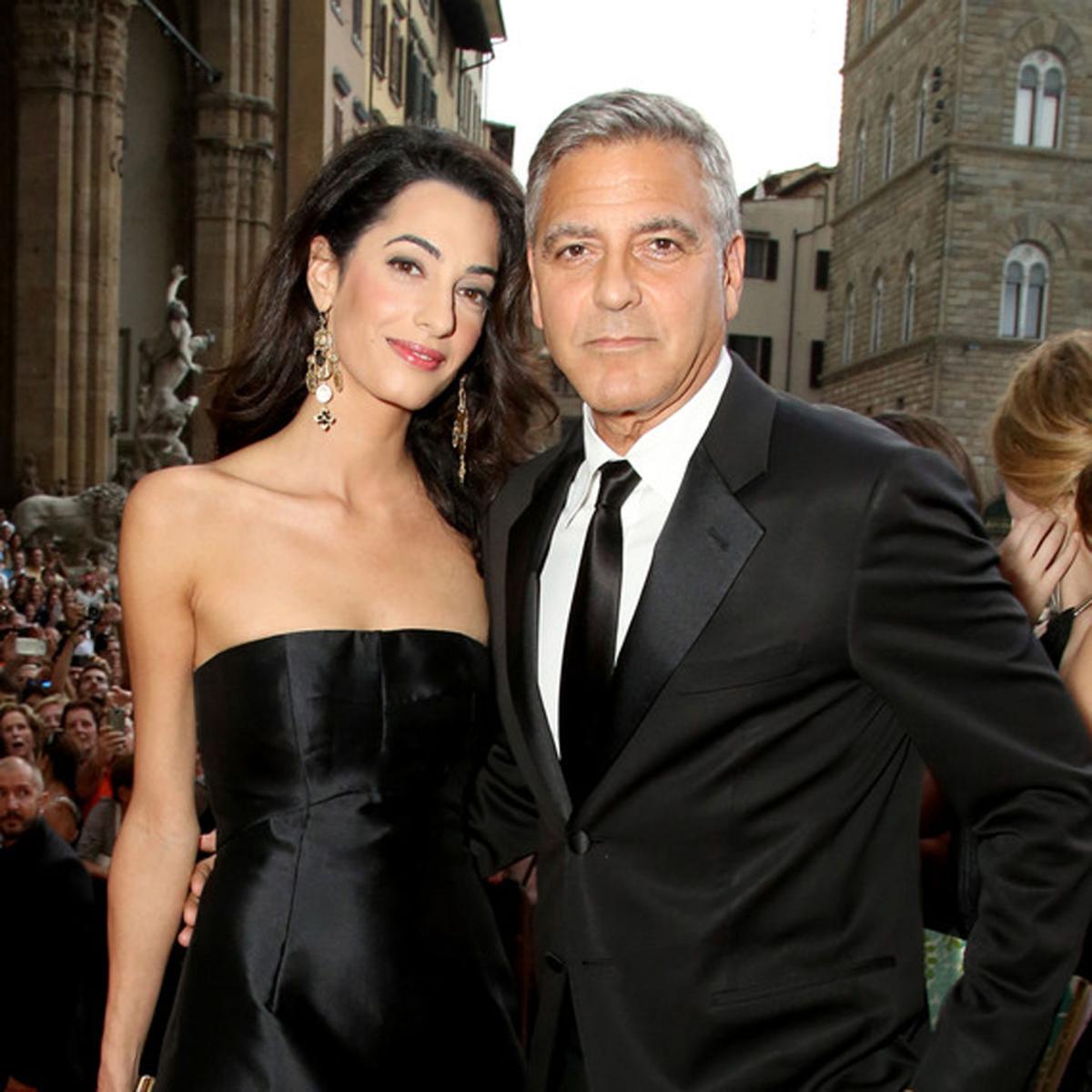 Amal and George Clooney pose for a photo. He claims the two spouses have never had an argument. 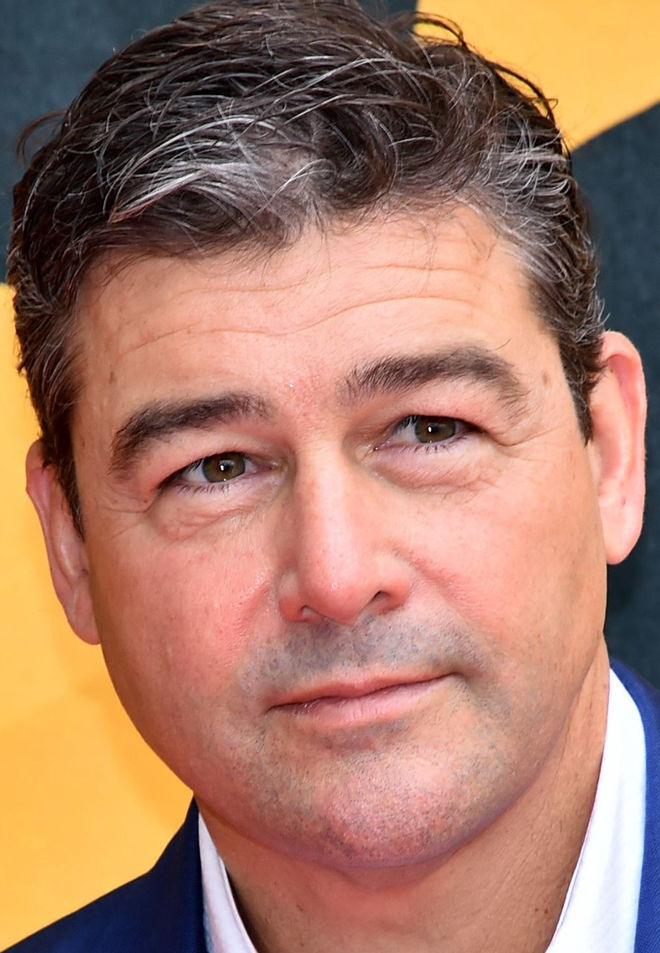 We’re deep into New Year’s Resolution season, and I understand if you're not feeling the urge to kick any bad habits.

We're still battling the deadly COVID-19 pandemic and, just last week, we watched as a gleeful mob literally battled its way into the U.S. Capitol.

Add in the gray, cold January weather — with no relief in sight for several weeks — and you have my blessing to eat ice cream for dinner.

That said, we're not above offering some self-improvement advice to celebrities who may have indulged in some less-than-savory behavior in 2020.

We understand even misbehaving famous folks are reeling from coronavirus stress, so we're gentle with our suggestions:

On second thought, we did it: After spending several months accusing the FBI of entrapment, actress Lori Loughlin and her husband, designer Mossimo Giannulli, changed their plea to guilty in the college admissions scandal that ensnared other well-known folks like actress Felicity Huffman. (She pled guilty right away and served 11 days in jail.) Loughlin ended up serving two months in jail; her husband is still serving a five-month sentence. She took a private jet home on Dec. 28 and celebrated what she calls “the end of a very long ordeal.” You say ordeal; we say felony!

On second thought, we love L.A.: After their surprise break last year with Britain’s royal family, Meghan Markle and Prince Harry announced to the world they planned a private, quiet life with son Archie, hiking in the woods on Vancouver Island and working with charities. Shortly after that stay in Canada, however, the two moved to Los Angeles, where they are busy lining up entertainment gigs. We can’t wait to see how this is portrayed on “The Crown.”

Island time: Early on during the COVID-19 we're-all-stuck-at-home-together quarantine, Kelly Ripa confessed on her “Live” TV show that she was “currently not speaking to two of my three kids." What she neglected to mention for months, however, was that she and her family were spending that time at a luxury resort in the Caribbean — and not at home in New York. The main clue for viewers was her constant sunny glow.

Just do more squats: Veteran actor Liam Neeson confessed to using a butt double for his movie “A Million Ways to Die in the West,” saying, “I hate my Irish butt, OK?” Apparently, body acceptance isn’t one of his particular set of skills.

Some folks actually love these films: When asked if he’ll appear in another “Star Wars” film, actor Oscar Isaac said only if “I need another house or something.” With millions of people out of work due to COVID-19, a lot of us would be thrilled to take his place.

Honey, hold me walk: Actor Dennis Quaid, 66, celebrated his fourth marriage on June 2 to his latest wife, Laura Savoie, 27. We wish them years of happiness but we do think a 40-year age gap falls into the “icky” category. He says it was love at first sight — we bet!

Tell us how you really feel: Actor Sean Penn said on “The Tonight Show” in March that, as a young actor, he resented having to audition for roles. Not because he was nervous but because, “Long before I had a penny in my pocket, I had a feeling of entitlement as an actor. Not because I thought I was so good, but because I thought the rest were not so good.” Next time Penn says it was a pleasure to work with other actors on a project, we’ll know how he really feels.

Do the math, Annette: Actress Annette Bening, 62, said during an episode of “Ellen” that she and her husband, legendary Hollywood playboy Warren Beatty, 83, are proud of their 28-year marriage. Bening said her parents have been married 70 years but when asked if she and Beatty will match that, she replied “easy.” Uh … Beatty would be more than 120 years old at that point, so we doubt it.

The marriage from hell: While I admit to being sick and tired of those mushy celebrity divorces — where the ex-spouses declare their undying love for each other — Johnny Depp and his former wife, Amber Heard, went to the other extreme. The two, who divorced in 2016 after a short, tumultuous marriage, faced off in a London court in July. Depp sued The Sun tabloid for calling him a “wife beater,” and both Depp and Heard accused the other in court of physical abuse. The judge sided with Heard, but neither spouse came out looking good. Their court battles continue.

Cruise control: Actor Tom Cruise — who's famous for his intense focus — made headlines on Dec. 15 when audio surfaced of him screaming at crew members for reportedly violating COVID-19 precautions on the London set of “Mission: Impossible 7.” His expletive-laden rant was shocking, yes, but here's a bigger surprise: They’re making a seventh “Mission: Impossible” film? Haven't the bad guys figured out anything is possible with this guy yet?

Isn’t it enough just to be George Clooney? As if being himself — a wealthy, handsome, universally adored movie star — wasn’t good enough, Clooney tries to score points as the perfect spouse, too, telling People magazine he and his wife, Amal, “haven’t ever had an argument.” Maybe that’s possible when you own huge houses with plenty of rooms and don’t have to battle over the remote.

Finally, here’s a celebrity goal for 2021 we can all relate to: Actor Kyle Chandler — a favorite of ours since starring in TV’s “Early Edition” and “Friday Night Lights” and often the best thing in mediocre movies (“King Kong”) — spoke for millions of us when he told Jimmy Kimmel about his hopes for this new year. “I’m waiting for that role where someone says ‘You need to gain 30 pounds.' I’ve got a menu already set up in my mind.”

Amen to that, and the next time you see me meandering around the grocery store with a cart filled with cookies, potato chips and pizzas — and trust me, you will see that in 2021 — just remember I’m not breaking my diet, I’m preparing for that phantom movie role requiring a few bonus pounds, hopefully starring opposite Kyle Chandler.

Lady Gaga belted out the national anthem Wednesday in a very Gaga way — with flamboyance, fashion and passion. Watch her performance here.

Larry King, the suspenders-sporting everyman who interviewed world leaders, movie stars and ordinary Joes for a half-century, died Saturday. He was 87.

In the days and weeks after the 9/11 attack, network and cable broadcasters devoted their programming to little else.

Actor Gregory Sierra, best known for roles in "Sanford and Son" and "Barney Miller," died Jan. 4 from cancer, his widow Helene Tabor said. He was 83.

One of the screenwriters of the latest Liam Neeson film chose to show it to some friends at Geneva Theater.

Dear Bridgerton fans, have a Hastings honeymoon thanks to Hotels.com

Dear Bridgerton fans, have a Hastings honeymoon thanks to Hotels.com

Billie Eilish has no idea about the cost of basics

Billie Eilish has no idea about the cost of basics

Kelly Ripa and Ryan Seacrest are seen hosting their "Live!" TV talk show remotely last spring. Ripa and her family were in the Caribbean at the time; a fact she didn't disclose to viewers for several weeks.

Liam Neeson (and his butt) starred in "A Million Ways to Die in the West."

Hollywood actors Annette Bening and Warren Beatty have been married for close to 30 years, but we doubt her claims they can make it 40 more years.

Ex-spouses Johnny Depp and Amber Heard pose for photographers in what were presumably happier times.

Amal and George Clooney pose for a photo. He claims the two spouses have never had an argument.