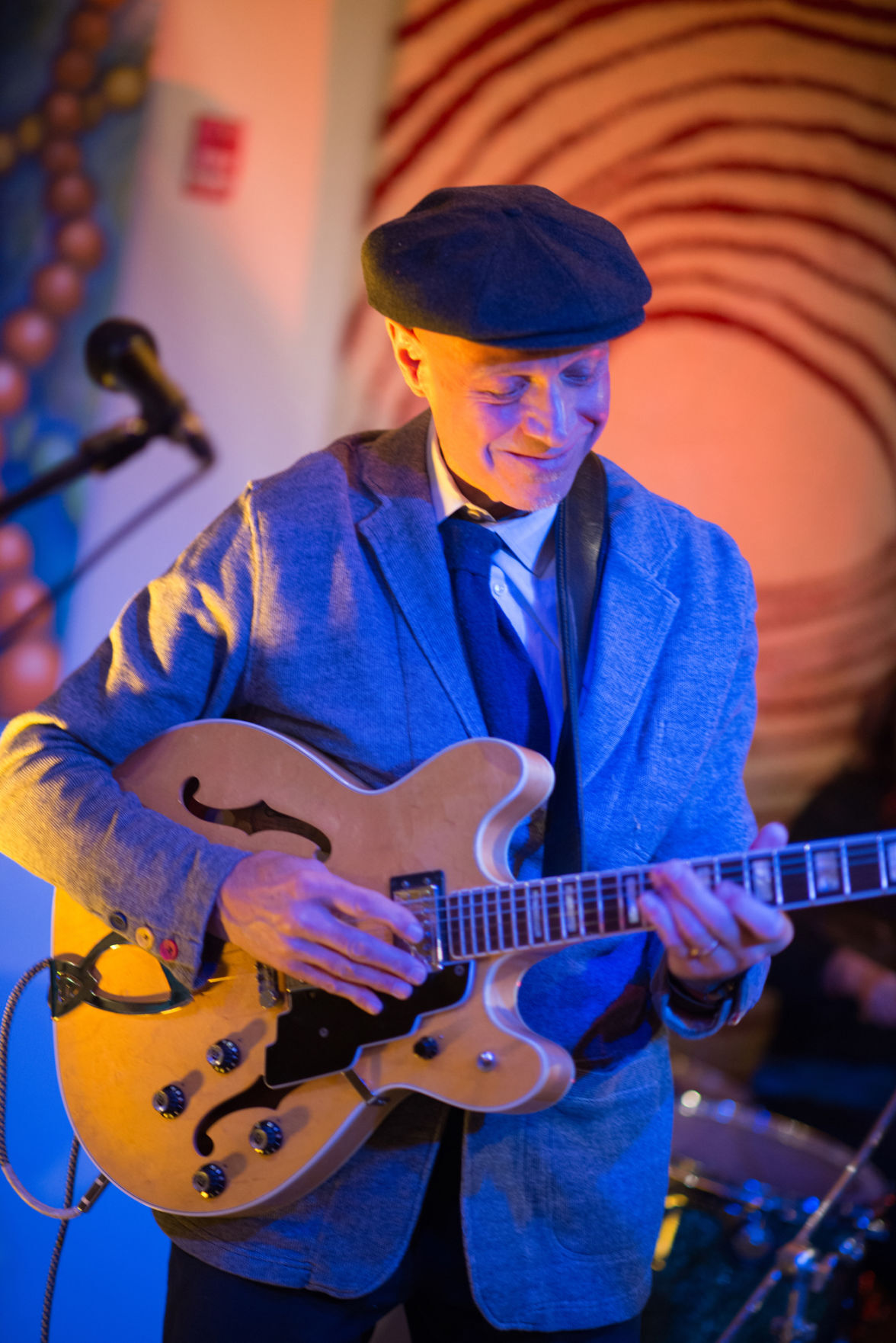 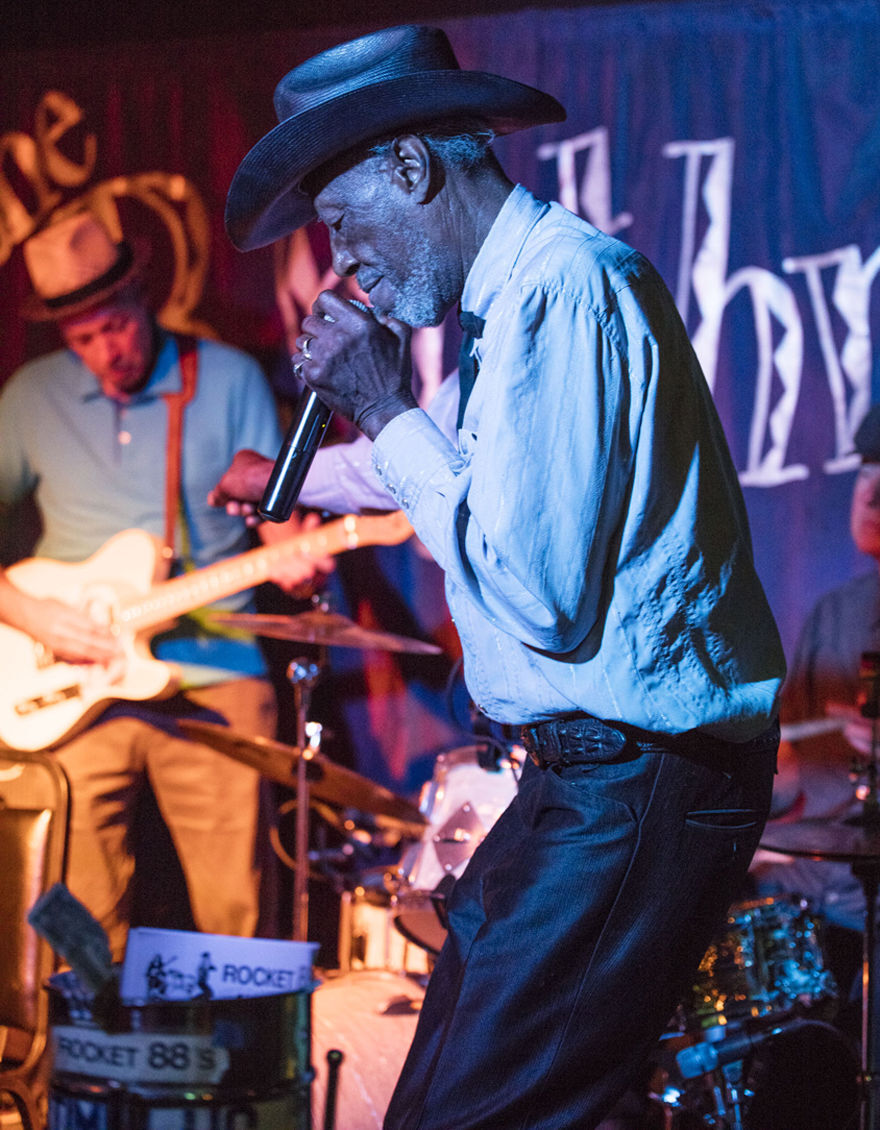 Tail Dragger has remained a presence on Chicago’s west side blues circuit for many years and has often been compared to blues legend Howlin’ Wolf, who reportedly once said of Tail Dragger: “One day, this boy gonna take my place.”

Known as a dramatic showman, Tail Dragger also possesses one of the most authentic and distinct Chicago Blues voices, according to show organizers. His “American People” album was described as “tour de force Chicago Blues” in Blues Revue. His first DVD was chosen by Living Blues magazine as the Blues DVD of the Year in 2005.

Tail Dragger, a Delmark Records recording artist, has recorded and played with many Chicago blues greats during his long career.

In the last several years, his chief accompanist is guitarist and vocalist Falduto, along with Falduto’s assorted Patio Daddi-O’s.

Falduto, a Kenosha native now residing in Chicago, is a former local educator and music journalist who continues to teach music and perform in Kenosha.

“This is a rare opportunity to hear the real Chicago blues by one of the living masters in Wisconsin, at a great blues-friendly venue, for no cover,” Falduto said.

IN PHOTOS: August readers' photos of the day

Kenosha News readers shared their photos in the month of August of 2021.