Would You Kindly? is performing Saturday night at Rustic Road Brewery. 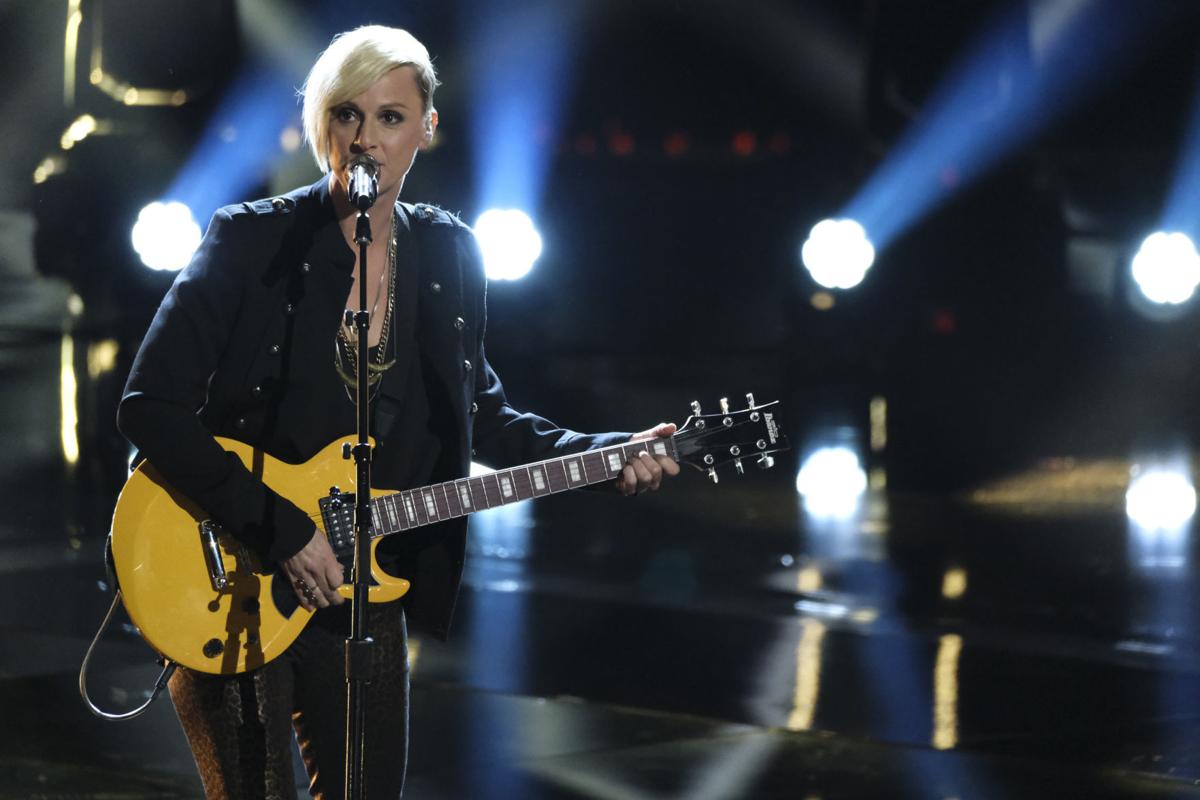 Betsy Ade of Kenosha is shown performing on NBC’s singing competition show “The Voice.” She and her band, the Well-Known Strangers, are performing Friday night at Route 20 in Racine County.

First off, happy Valentine’s Day to all you lovers out there. For those of you, like me, who save your love for your dogs and live music, I’ve got you covered.

Let’s start with a place that lovers of music and beer will appreciate. Would You Kindly? will perform Saturday night at Rustic Road Brewery. I’ve mentioned the band before but haven’t properly introduced everyone. The eclectic, very melodic indie rock band is comprised of lead singer Gina DiSalvo, guitarist Paul Hoskins, violinist Kathleen Nottingham, bassist Daniel Harrison and drummer Jake Kleinhardt. They play a mix of original tunes and covers, so they can appeal to a lot of audiences. The band will have their new demo available at the show. This is a band on a definite upward trajectory.

Speaking of beer and music and, umm, babes, Friday night marks the return of Babe-alon 5 to Public Craft Brewing. The vocal trio — Kasey Foster, Kiley B. Moore and Tara Smith — are an incredibly fun group. Joined by one of the great keyboardist names in the biz, “Pianu Reeves” (Matt Gunsaulus), Babe-Alon 5 is equal parts great singing, entertainment and comedy. They are a throwback to cabaret/vaudeville shows yet are totally modernized.

To fully appreciate their music, make sure to listen to the lyrics as the Babes are very good with puns. Good times to be had.

I’ve been waiting and waiting to write this one up. Friday marks the first free Noon Concert of the semester at the University of Wisconsin-Parkside. The Noon Concert Series is a series of free performances presented Fridays at noon during the fall and spring semesters.

First up is percussionist Eliana Firmani-Alcocer. The UW-Parkside alumna graduated in 2018 with a bachelor’s degree in music performance. While at Parkside, Firmani-Alcocer performed regularly with the Wind Ensemble, orchestra, jazz band, jazz combo, percussion ensemble and choirs. She is a recipient of the Percussive Arts Society Ludwig Industries Scholarship and was a featured soloist at the Wisconsin Days of Percussion.

She currently teaches privately as well as through the Kenosha Unified School District. She is also a teaching artist through the Ravinia Reach, Teach, Play program — an El Sistema program that aims to create social change through music in underprivileged communities.

Eliana Firmani-Alcocer performs starting at noon Friday (Feb. 14) in UW-Parkside’s Bedford Concert Hall in the Rita on the west side of the campus, 900 Wood Road. Admission is free.

Have you ever wanted to Invade The Port? Well, that is the theme for a five-band bill Saturday night at The Port of Kenosha. It all starts at 7 p.m. with a TBA. After that, it’s Dead Eye Ry (who I can’t find any information on. Sorry.). Up next is Four Eyes. They rock out oldies and goodies hits. Then it is Timmy Smith, and finishing things up is the ska, grunge, punk, pop and hardcore mix of Two Ball Screwball.

I’ve known Betsy Ade way before she became a Well-Known Stranger and certainly prior to becoming famous on NBC’s “The Voice.”

She has always been a kind, gracious, thoughtful good citizen in addition to having great singing and writing chops.

Betsy Ade and the Well-Known Strangers will perform Friday night at Route 20 up in Sturtevant. Joining them, starting at 8 p.m., is Would You Kindly?

Ade, along with fellow band songwriter and guitarist Joe Adamek, has been an outspoken voice for victims of human trafficking and other social issues. While the message is strong, the music is upbeat and accessible to audiences of all tastes. A $10 admission charge will include sets of both bands and a copy of Betsy Ade and Well-Known Strangers’ new EP “Awaken.”

Betsy Ade and the Well-Known Strangers plus Would You Kindly? perform starting at 8 Friday night (Feb. 14) at Route 20, 14001 Washington Ave. in Sturtevant. The venue is on Highway 20 (Washington Avenue) in Racine County, a block west of I-94.

Here are the stories printed in the GO Kenosha section inserted in the Thursday, Feb. 13, edition of the Kenosha News.

Would You Kindly? is performing Saturday night at Rustic Road Brewery.

Betsy Ade of Kenosha is shown performing on NBC’s singing competition show “The Voice.” She and her band, the Well-Known Strangers, are performing Friday night at Route 20 in Racine County.