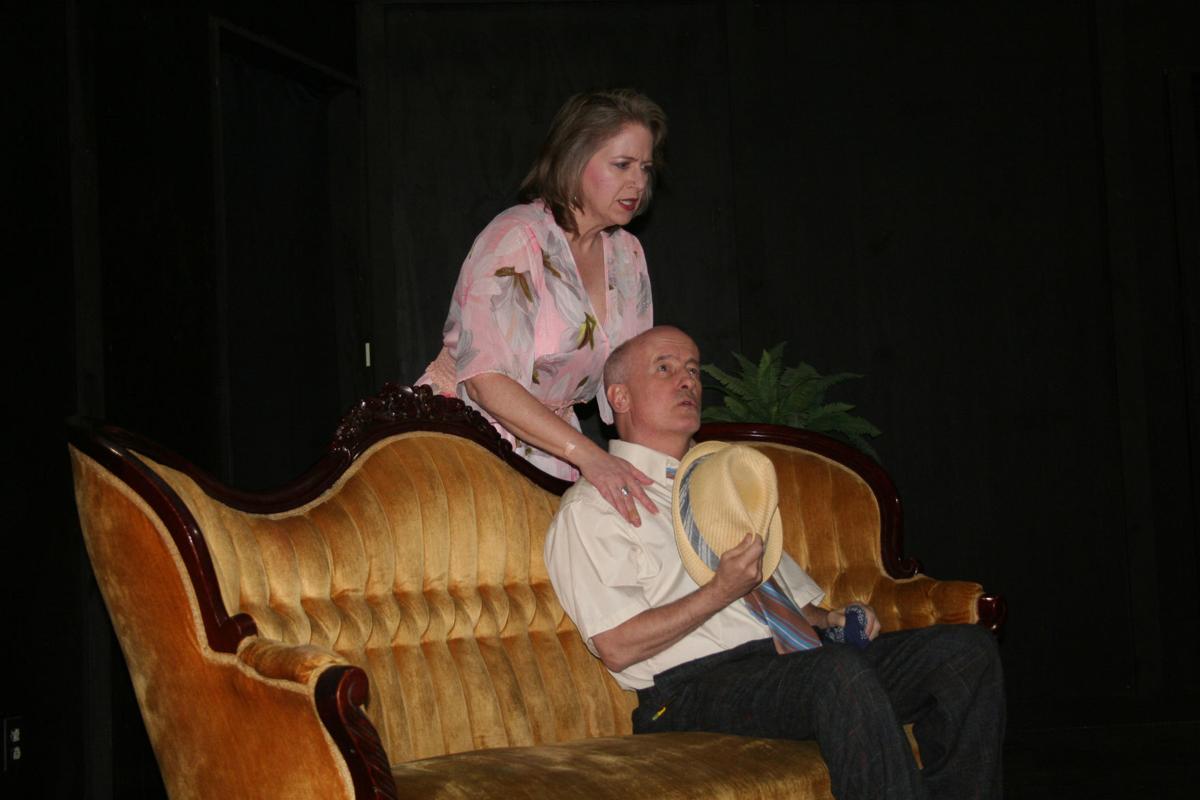 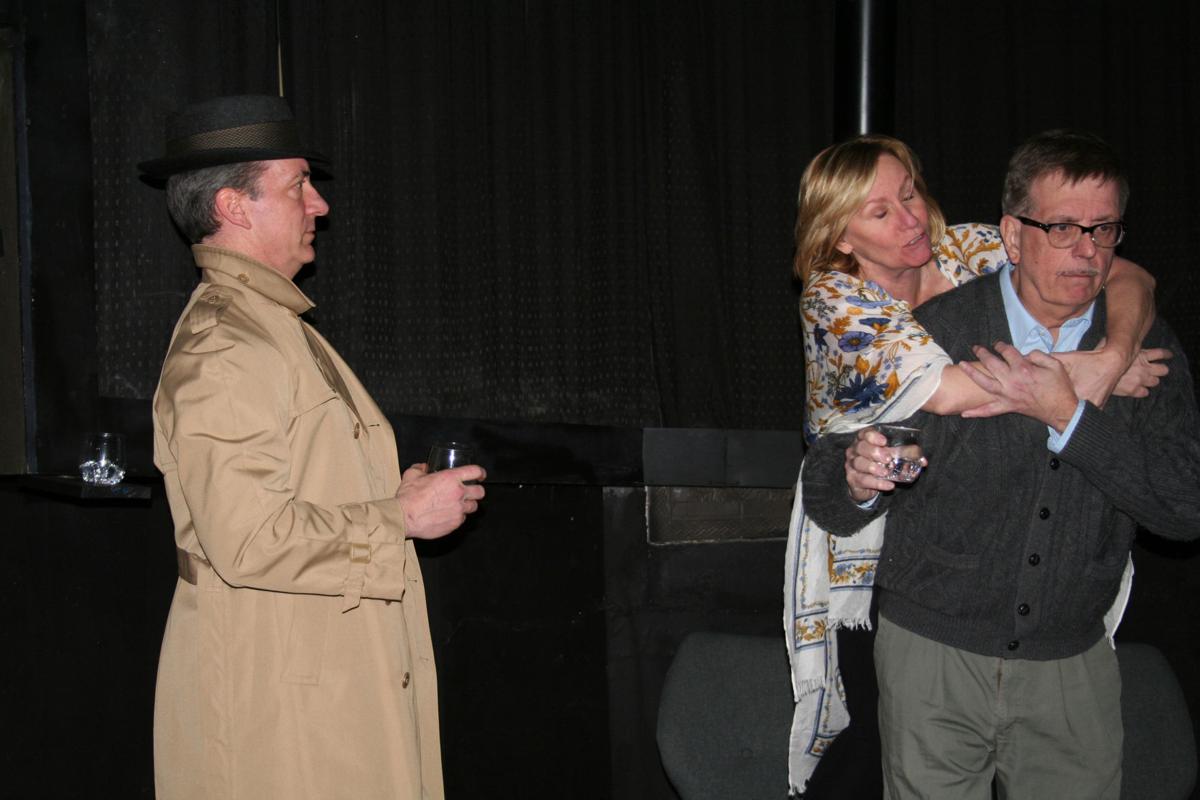 A surprised Neal Rhutasel as Stanley Kowalski from “A Streetcar Named Desire” meets up with the inebriated couple from “Who’s Afraid of Virginia Woolf?”, Martha, played by Kim Emer and Philip Jaeger as George.

Members of Kenosha’s Lakeside Players at the Rhode Center for the Arts hope to have patrons rolling in the aisles, or at least close to it, with their upcoming production, “Death of a Streetcar Named Virginia Woolf: A Parody,” written by Tim Sniffen of Second City fame.

Getting to laugh is what made veteran LSP director and Kenoshan Steve Mattner want to take on this 70-plus minute show that pokes fun at classic dramas like “Who’s Afraid of Virginia Woolf,” “A Streetcar Named Desire” and several other well-known dramas and characters.

The story brings together familiar characters like Streetcar’s Stanley Kowalski and Blanche Dubois, and Virginia Woolf’s George and Martha, to Willy Loman from “Death of a Salesman” and a narrator from various plays.

The cast reunites veteran actors Philip Jaeger of Zion, Ill., as George and Kim Emer of Pleasant Prairie as Martha, who played the same roles in LSP’s production of Virginia Woolf in 2013.

Other actors include Kenoshans Jim Selovich as Willy Loman, Scott Holloway as the narrator, Clara Tappa as Blanche Dubois and Neal Rhutasel as Stanley Kowalski, a newcomer to the Rhode stage in his first acting role “since I was 20,” he said.

First performed in 2016, the drama has been dubbed “hilarious” and a “multi-layered treat” by various critics. It is now again making the theater circuit, with an initial performance last month in Fort Myers, Fla.

Even better than a funny, funny script, say cast members, is that they get to work with a darn good director.

“I love working with Steve,” said Selovich, who worked with him two years ago in “Superior Donuts.” “He’s really dedicated to what he does.”

“He’s a real easy director,” added Scott Holloway, a six-year actor and new LSP board member. “He’s got a lot of experience.”

The bonus, he added, is the production “is a really fun look at some of the other plays we have done”

Oh, and don’t worry if you don’t quite remember all your Stanley lines beyond “Stellll-a!” or anything past the boozy fights in Liz Taylor and Richard Burton’s 1966 film version of Virginia Woolf.

“I don’t feel you have to know the shows,” said Mattner, who’s been directing since 1993. “If you know enough about Marlon Brando or Stanley Kowalski, you’ll get just about every joke. The play is full of situations with funny lines.”

While Mattner hasn’t seen other productions or looked up anything online about the play yet for fear of it affecting his own viewpoint, he loved the humor when he first read the script. The bonus is he now has a crew of great actors to help bring those lines to life.

“I want to keep it my own,” he said. “I have a great cast that create some great results. I think every line in this show can be a joke. It also has a lot of sound effects and lights. If they don’t work, it can throw a wrench into it. It can cover a joke or two.”

Which, of course, he is planning to not have happen.

Performances of “Death of a Streetcar Named Virginia Woolf: A Parody,” are Fridays and Saturdays at 7:30 p.m. and Sundays at 2 p.m., March 6-15.

Tickets are $11 for general seating and can be purchased at www.rhodecenter.org or at the door.

This is an adult comedy, not suitable for children.

The Rhode Opera House, home of the Lakeside Players, is located at 514 56th St. in downtown Kenosha.

SpaceX crew returned to Earth and other space news you missed

SpaceX crew returned to Earth and other space news you missed

Movies in a Minute: 'Summerland,' 'Cut Throat City,' & 'The Secret: Dare to Dream'

Movies in a Minute: 'Summerland,' 'Cut Throat City,' & 'The Secret: Dare to Dream'

The weirdest Airbnbs to add to your bucket list

The weirdest Airbnbs to add to your bucket list

A surprised Neal Rhutasel as Stanley Kowalski from “A Streetcar Named Desire” meets up with the inebriated couple from “Who’s Afraid of Virginia Woolf?”, Martha, played by Kim Emer and Philip Jaeger as George.