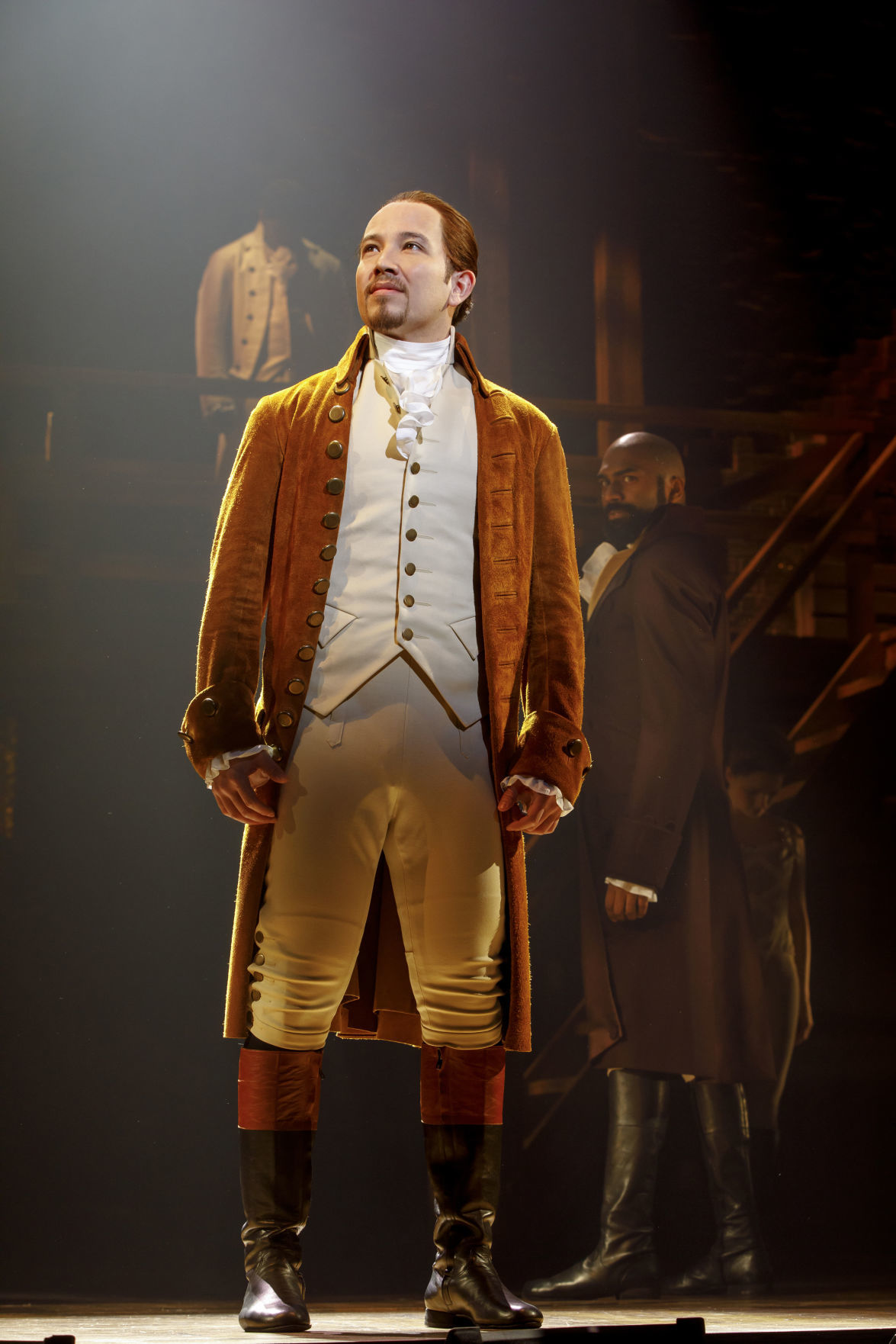 Joseph Morales stars as the title character in “Hamilton,” on stage at the Marcus Center in Milwaukee through Nov. 17. 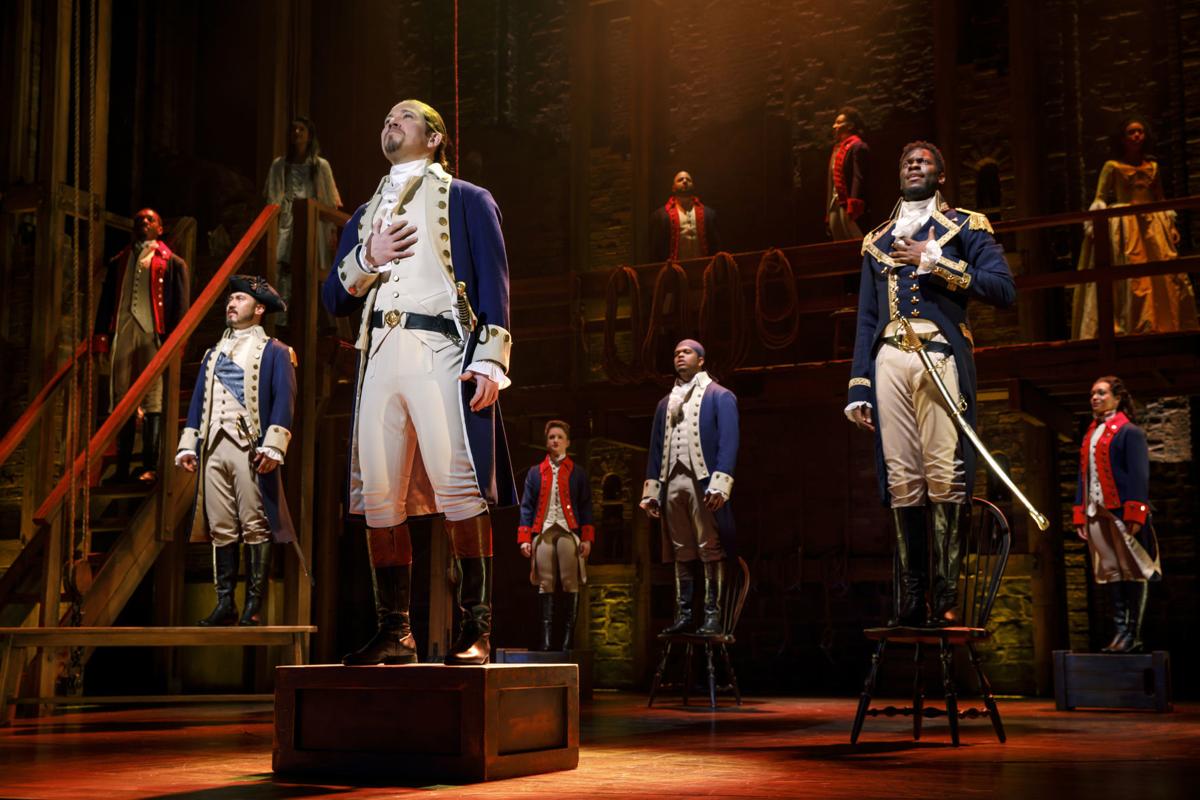 Joseph Morales, seen in front at right, is starring in the Broadway touring company of “Hamilton,” playing in Milwaukee through Nov. 17. 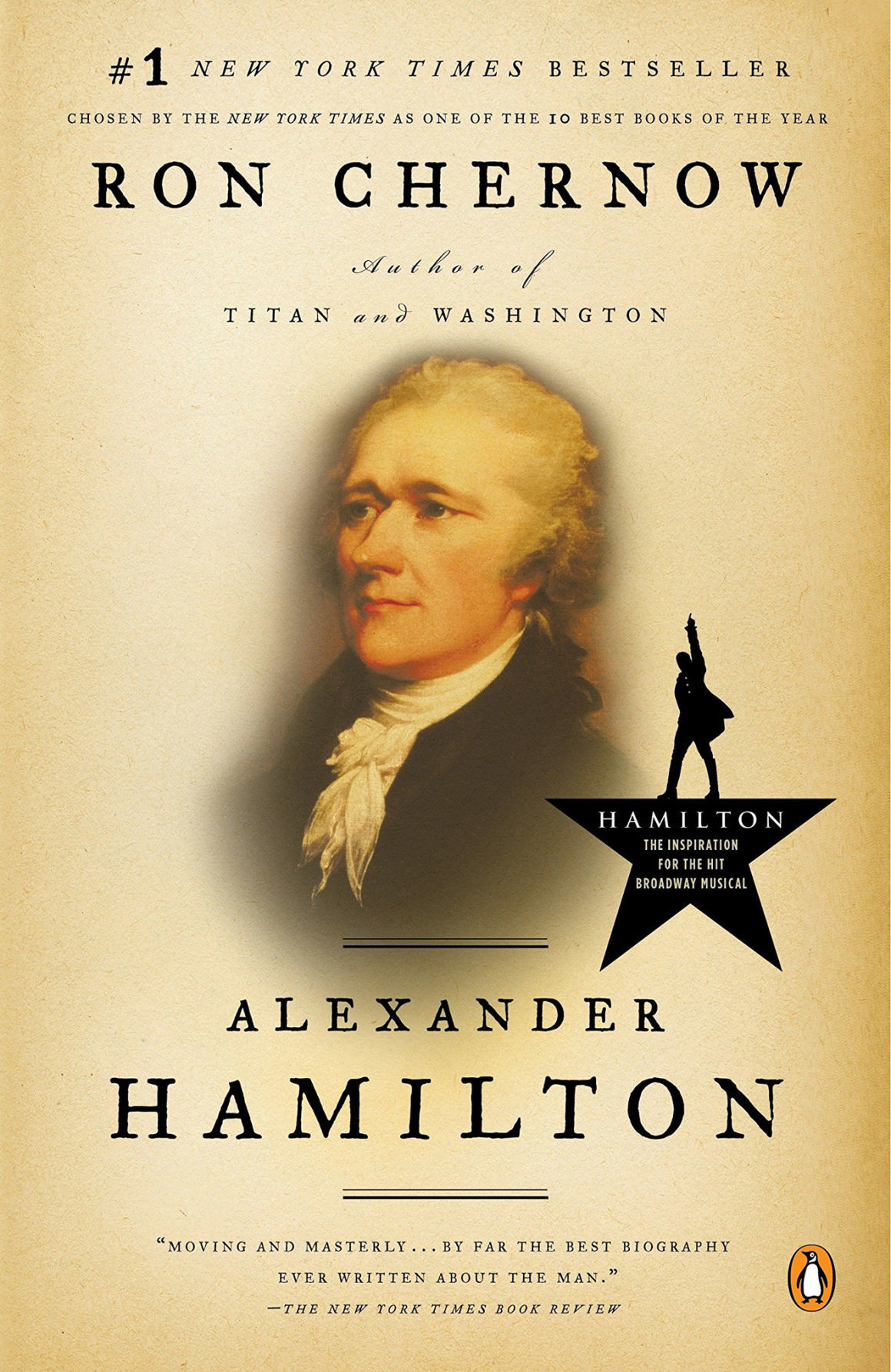 There’s something exciting about talking with a Founding Father, even if he’s really just an actor portraying one on stage.

Still, when you get the chance to chat up Alexander Hamilton, you take it.

That’s how I ended up talking with Joseph Morales, who plays the title character in the national Broadway tour of the musical “Hamilton,” now in Milwaukee.

As Hamilton, Morales is performing a role originated on Broadway by the musical’s creator, Lin-Manuel Miranda.

Asked if it’s daunting to take on a character previously played by the guy who wrote the show, Morales said Miranda makes it easy.

“He’s the warmest, kindest, most gentle person and so supportive,” Morales said. “It felt very inviting and really great.” (This was his second go at replacing Miranda on stage; Morales also took over the lead role in “In the Heights,” also with music and lyrics written by Miranda.)

Here’s more from The Man Who Would Be Alexander Hamilton:

Q: This is your second Miranda show — what do you like about his writing?

A: “What everybody else likes. He really taps into humanity and talks about the things we all relate to as human beings. These are giant, universal themes that he makes feel so true and specific.”

Q: It seems like “Hamilton” would be a bear to learn, with all those lines. Is that true?

A: “It’s very true. It was definitely a process. Years ago, I was doing research on memorization, and I read somewhere to write something down seven times to commit it to memory. I was on tour with a different show at that time, so when I was not on stage, I wrote the ‘Hamilton’ lines. I have journals and journals filled with the lines.” (The hip-hop musical packs in more than 20,000 words, flying by at a dizzying rate of 144 words per minute.)

Q: What did you know about Alexander Hamilton before this show, and what have you learned while playing the role?

A: “I knew what I was taught in history, and we skimmed past all of that stuff in school. In class, it’s all black and white, but becoming the person puts it all into color. So much of it was new to me, so I had to do a lot of research.” To help him flesh out Alexander Hamilton, Morales read Ron Chernow’s 2004 biography of Hamilton, saying “the book was really helpful; it’s a long read but very inspiring.”

Q: What’s something people would be shocked to discover about Alexander Hamilton?

A: “He’s got a lot of flaws, but he was also charismatic and passionate enough to essentially build our whole system and have people back him. He’s definitely not one-dimensional and is interesting to play.”

Q: How do you get into the mindset of being Hamilton before performances?

A: “I do my own stuff before the show: Warming up, stretching out in my dressing room. I get grounded before we go on stage. Then I huddle with the cast for five minutes as we breathe together.”

Q: What has surprised you the most about this whole experience?

A: “How close the cast has become. This is a special group of people. It’s a happy surprise that it really feels like a family. To be at work every day with people you love and who inspire you is a great gift.”

Q: Why should someone come and see this show?

A: “This story brings people together. They leave the theater thinking about what they have to give and that the world is big enough for all of us.”

Q: Now that we have “Hamilton,” what other Founding Father should become a blockbuster musical?

A: “It’s been done, so don’t try to duplicate it. Just quit while you’re ahead.”

Q: Now that you’re playing Hamilton, do you look differently at the $10 bills in your wallet?

A: “Oh, yeah, I have a lot of respect for the guy. He created all of this stuff (the U.S. banking system) from nothing. It’s incredibly inspiring. He was a real guy and, 200 years later, he’s a pop icon.”

PUBLIC MUSEUM DAY OF THE DEAD: photo of day Oct 31

HOUSE IN THE LAKE

Cost: Tickets range from $80 to $199, with VIP tickets available for $399 (plus those hefty fees for mysterious “services”) at www.ticketmaster.com.

Winner and non-winner notifications will be sent at about 11 a.m. the day before the performance via email and SMS (if a mobile number is provided). No purchase or payment is necessary to enter. Each winning entrant may purchase up to two tickets.

Note: Only one entry per person, and you must be 18 years or older. Tickets must be purchased online with a credit card by 4 p.m. the day prior to the performance using the purchase link and code in a customized notification email. Tickets not claimed by 4 p.m. that day are forfeited.

Lottery tickets may be picked up at the will-call window starting two hours prior to the performance, with a valid photo ID. Note: Lottery tickets are void if resold.

A message from the author

Now that newspaper stories — and pretty much everything else in the world — can be found online with a few keystrokes, you never know who's reading your stuff.

That's how I received a message Tuesday from Pulitzer Prize winning author Ron Chernow, who wrote the 2004 biography of Alexander Hamilton that inspired the blockbuster Broadway musical.

He took exception to my comment in Sunday's Kenosha News about trying to read "Alexander Hamilton" but finding it too dry (though thoroughly researched). I remarked that "I made it past 100 pages, and Hamilton still hadn’t been born." Now I stand corrected. Chernow emailed me to say, "Alexander Hamilton was born on page 17 of my biography (to wit: on page 17, I say, 'we will opt here for a birthday of January 11, 1775.') By page 100 of my biography, Hamilton is already 22 years old and George Washington's aide-de-camp and effectively chief of staff."

I apologized to Chernow for what was a lame attempt at being witty and said he had inspired me to try his "Hamilton" biography again or one of his other works.

He suggested I look at his 1998 book "The Life of John D. Rockefeller Sr." about the founder of the Standard Oil Co.

While he said "you may find the machinations of Standard Oil a bit dry and dense, they go with the territory when it comes to our friend John D. I think, however, that you will find the family saga, the political upheavals and the philanthropy compelling and certainly easier reading."

Thanks for the suggestion, Mr. Chernow, and I'll get cracking on that Rockefeller biography. Perhaps it will make the 2020 edition of Liz's Book Club in the Kenosha News. Until then, happy reading, everyone.

End your week with some trending news on 5 to Know

If you're a fan of movies and scripted television shows, brace yourself.

The first new TV season of the coronavirus era is facing an understandably shaky start that comes with a tacit disclaimer: The comedy and drama series being trumpeted for fall 2020 and beyond will air — if they get made.

All About HBO Max: How to Get It, What's Included.. And That 'Friends' Reunion

Is a pandemic the best time to launch a new streamer with over 10,000 hours of programming? HBO Max exec Kevin Reilly says YES!

J.K. Rowling reveals the truth around the origins of 'Harry Potter,' stupefying fans

A fan asked Rowling to explain "the truth about this 'birthplace' of Harry Potter."

This is what's coming and going from Netflix in June 2020

June's arrivals include originals like "13 Reasons Why" and "The Politician" as well as beloved series like "Hannibal" and the final run of "How to Get Away With Murder."

It's an annual tradition for Bill Gates - Microsoft co-founder, co-chair of the Bill & Melinda Gates Foundation, and avid reader - to release a summer reading list in May. This year, much of his attention is on the coronavirus pandemic, but he's aware that many of us might be looking for distractions: The list includes not only his traditional five recommendations, but a bonus list as well. ...

Joseph Morales stars as the title character in “Hamilton,” on stage at the Marcus Center in Milwaukee through Nov. 17.

Joseph Morales, seen in front at right, is starring in the Broadway touring company of “Hamilton,” playing in Milwaukee through Nov. 17.