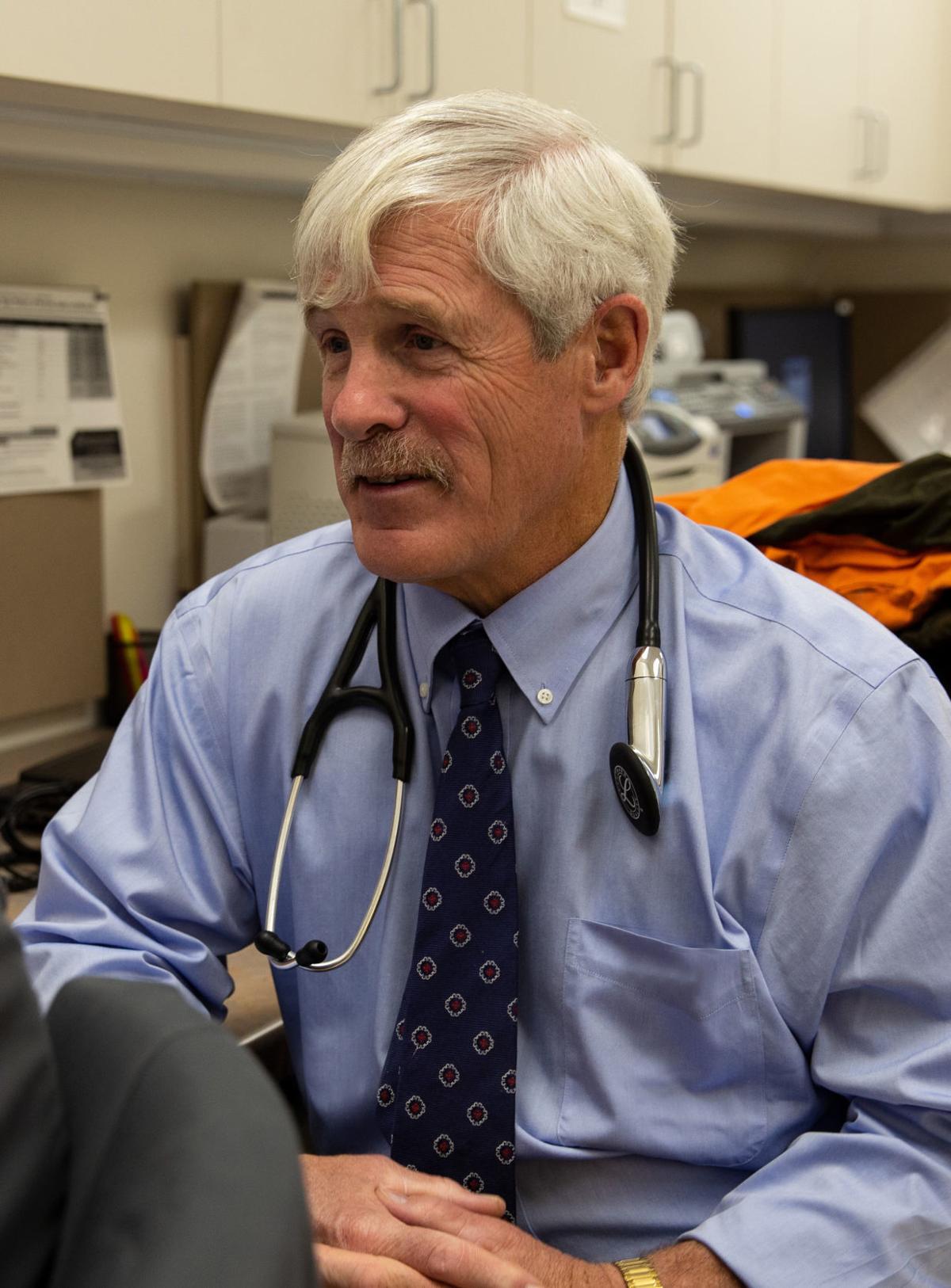 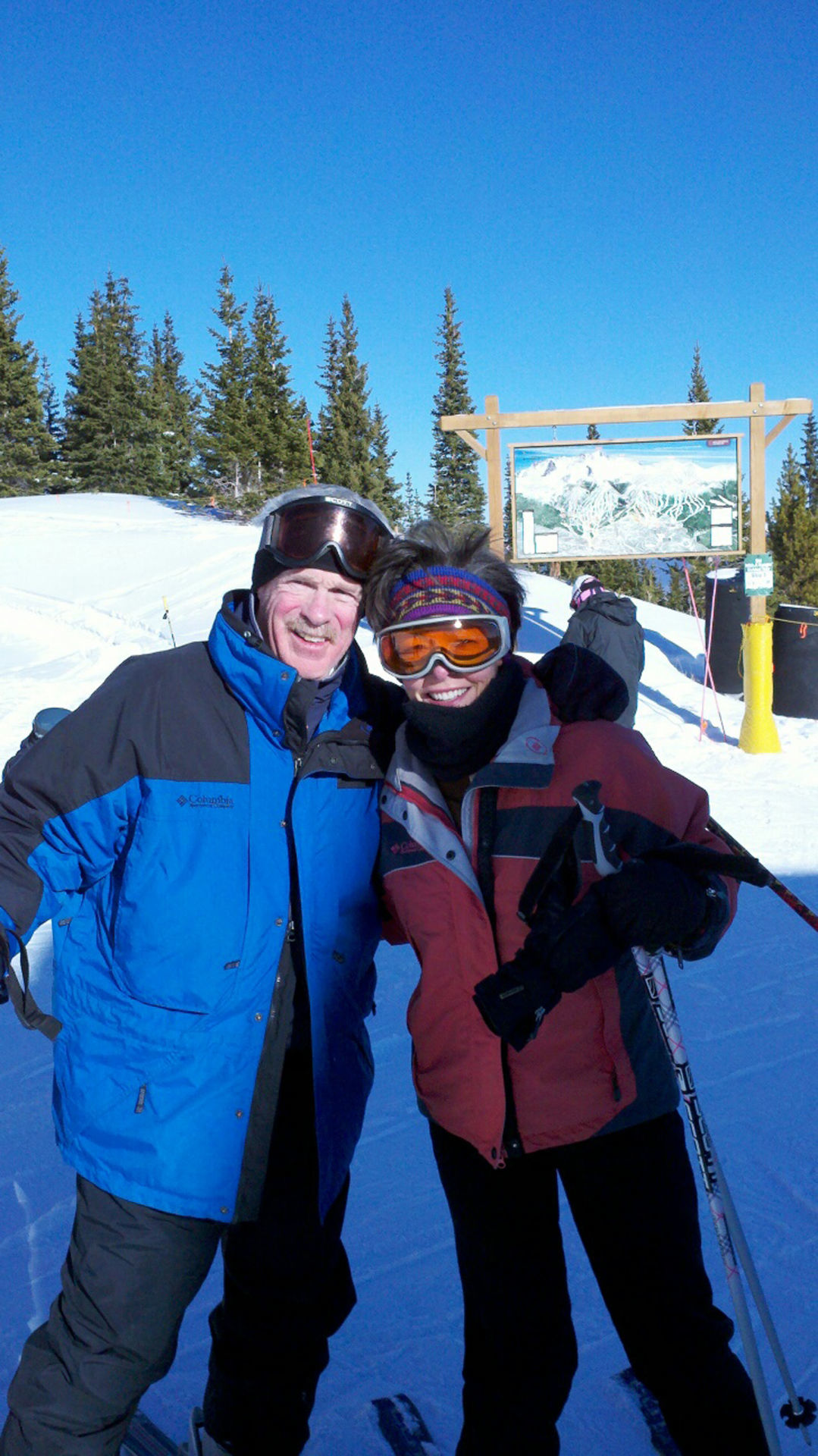 Dr. Joel Carroll with his wife, Lynn, skiing in Colorado.

It’s hard to keep a good doctor down.

Especially one with so many talents and interesting pastimes.

Whether it’s answering the call of patients in need or heading up a crew to sail the Chicago Yacht Club race to Mackinac, Dr. Joel Carroll, a family practice physician with Froedtert South & the Medical College of Wisconsin, Paddock Lake Medical Center, is up for the challenge.

“I’m in favor of everybody having multiple interests and being well rounded,” he said. “It takes a whole long time to become a mature, complete person.”

Carroll, 67, graduated from the Medical College of Wisconsin in 1978 and began practicing medicine in 1980.

Interestingly, Carroll says a career in medicine wasn’t really on his radar when he entered college at Marquette University. “It was the ’70s; I didn’t really know what I wanted to do in college,” he said. He was swayed by conversations with his father’s friends who said “doctors were the best people.”

“Since I didn’t know what to do, I thought I’d run with the best,” Carroll said.

Board-certified in emergency medicine, Carroll spent most of his early career as an ER physician in Milwaukee. For a couple of years he was a physician in a high-volume ER department in North Carolina.

“We were seeing an average of 200 people a day; many were victims of domestic shootings,” he said.

In 1992, Carroll left emergency medicine and pursued family practice for the next 24 years at the hospital in Burlington.

Throughout his life, Carroll has always made time for multiple interests: sailing, skiing, scuba diving, martial arts and yoga.

Of these, he has been engaged with sailing for the longest time. When he was about 18 he learned to sail from an uncle who sailed on Lake Michigan out of Milwaukee.

In the early years, Carroll says he raced on whatever he could sail on as a crew member. “I was a working sailor for a long time; pulling lines and sitting on the side,” he said.

Since then he has had three boats of his own. About five years ago he purchased a Farr-40.

He has had success racing in Milwaukee and participates in the annual race to Mackinac, Mich.

While sailing is his primary pastime, he is also an accomplished skier, taking on some of Colorado’s “black runs,” and has enjoyed scuba diving in Belize, Cozumel and the Virgin Islands. “I’ve done some dives in Lake Michigan, but I prefer warm water,” he said.

Carroll discovered yoga about 10 years ago, hoping to address back pain after a fall from the deck of a boat. “I fell 13 feet when a ladder slipped out from under me and I landed on my back.” He began working with Christina Ptak, owner of Yoga & Friends, who helped him restore strength and flexibility to his back.

“I can still play basketball, ski and sail, mostly because I worked so hard with yoga,” he said.

After a successful 36-year career in medicine, Carroll retired in 2016. But Carroll’s retirement was short-lived, as he was soon asked to head up Froedtert & the Medical College of Wisconsin Paddock Lake Medical Center.

Carroll began working in Paddock Lake in May of this year and hopes he might see another 10 years of service as a medical provider to the community.

His reasons for coming out of retirement include satisfaction on the job, he said. “You get to help people and they listen to you. Other stuff drops away; nonsense about politics and social strata drops away.”

“My approach to taking care of people hasn’t changed much,” Carroll said. “Mostly if I just listen to people I can figure out what’s going on.”

Reflecting on his medical career to date, Carroll said, “Mostly it’s been fun and mostly I like what I’m doing. I’ve made a career out of being myself.”

When Dr. Joel Carroll retired from his position as family medicine practitioner in 2016, he realized that between his father, grandfather and …

Dr. Joel Carroll with his wife, Lynn, skiing in Colorado.