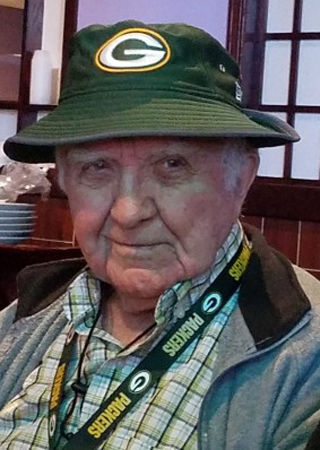 He was born September 26, 1926 in Kenosha, to Nick Paskiewicz and Catherine Halowskie. Joe was a proud World War II Veteran, who distinguished himself as a Seabee, serving as a 3rd Class Petty Officer and Storekeeper in the US Navy. He was in 37th Special Naval Construction Battalion, the 35th US Naval Construction Battalion, and the 53rd US Naval Construction Battalion. After serving in the Navy, Joe married his high school sweetheart, Constance J. Corey and they settled in Kenosha, raising five children. He was a man of strong work ethic, providing for his family through several trades including milk man at Milk Producers, a licensed barber, and ultimately retiring from Commonwealth Edison/Warehouseman Electric Company in Waukegan, IL.

Joe was a lifelong member of the VFW in Kenosha and later on in Sebastian, FL, where he moved to be near his family. He was a volunteer at Kenosha Senior Towers for many years, and enjoyed serving lunch and visiting with the residence. He was known as “Kenosha Joe” and many people recognized him riding his bicycle all around Kenosha and Lake Michigan. Joe was proud of his Polish roots which were expressed mainly through his love for polka music. He was known to be a fantastic dancer, attending many events alongside partner and best friend, Gretchen Hammer of Racine, which whom he made many cherished memories.

Kenosha Joe would always raise a glass of wine to toast, “Na-Zdrowie!” Polish version of “Cheers!” So, in honor of the man we love and miss, raise a glass and toast to a full life, well lived! Due to Covid last year his ashes will now be buried at St. George Cemetery September 25, 2021 at 11:00 a.m.

Sign up to get the most recent local obituaries delivered to your inbox.