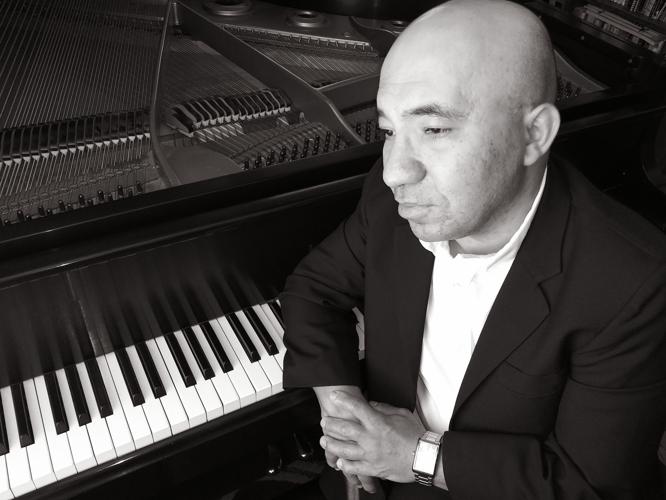 Wael Farouk of Carthage College will perform Rachmaninoff’s piano concerti Nos. 1, 2, and 3 in one evening. 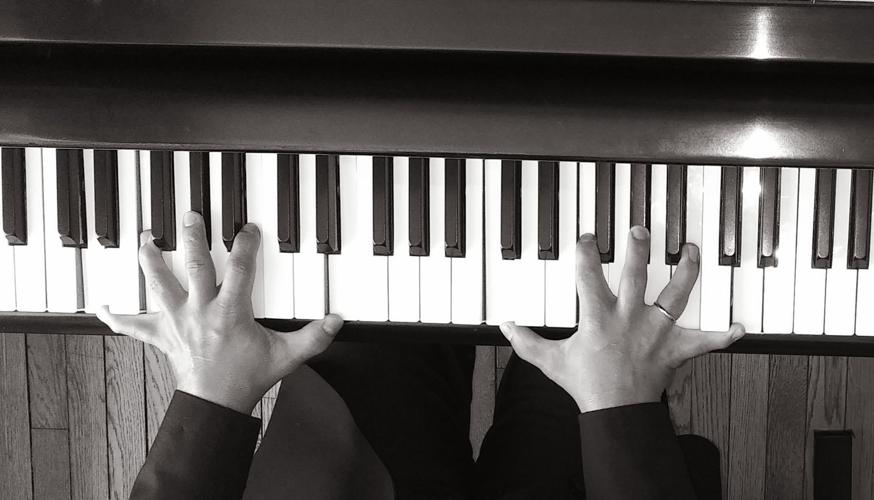 Wael Farouk was born with small hands and shortened ligaments as well as other physical disabilities. He still struggles to make a fist and was often told he would be unable to be a pianist.

Many pianists only dream of mastering any one of Rachmaninoff’s piano works, but it is nearly unheard of to master all three, especially together.

For the first time in the Midwest, Wael Farouk will perform Rachmaninoff’s piano concerti Nos. 1, 2, and 3 in one evening, April 8. It will be recorded live at 7:30 p.m. The performance will be available for streaming from April 17 to June 15.

For Farouk — director of keyboard studies, assistant professor of piano and director of the Carthage Arts Academy at Carthage College — mastering this keyboard marathon is considered the “Mount Everest” of the piano repertoire.

On many levels, the third and most difficult Rachmaninoff piece mirrors much of what the musician has endured in his life.

The Egyptian native was born with small hands and shortened ligaments, as well as other physical disabilities. He still struggles to make a fist and was often told he would be unable to be a pianist.

Sergei Rachmaninoff died March 28, 1943, in California and was the last great figure of the tradition of Russian Romanticism and a leading piano virtuoso of his time. He is especially noted for his piano concerto pieces, made difficult for most pianists as the maestro stood 6-foot-6 and was able to span an octave and a half to reach the notes and master the difficult score.

“I listened to Rachmaninoff perform the concerti for the first time at 12 and I knew I would play them one day,” Farouk said. “I practiced 16 to 17 hours a day and listened to the piece several times a day for years.”

Farouk got his start when his father purchased a toy piano for his third birthday to help him improve his hand dexterity; his love of music began that day. He remembered taking the small piano to bed with him at night because he loved the instrument so much.

By age 5, Farouk was playing piano in various Coptic Christian churches throughout Cairo, even giving a performance for the Coptic pope, an achievement that would have been impossible without his parents’ sacrifice and dedication.

Though he was often told his condition would limit his ability on the piano, Farouk was the first pianist in history to perform all 98 of Rachmaninoff’s solo piano compositions within six months.

Accomplishing more than anyone thought possible, Farouk explained that God has intervened in his life since the very beginning.

“I grew up in a very faithful home. When my parents realized my hand disabilities and later learned when I was 7 that I have a very severe disability with my eyes and vision, they always prayed and told me that they trusted that God had a very good reason why he made me like this, and I am in his hands,” he said. “My family and my faith taught me that God will never allow evil to hurt me, and that everything will be for the good and for His glory.

“Psalm 23 became my shield and shelter,” he added. “My wife and I chose it for our wedding sermon text. As the Scripture says, gold is tested with fire, and God is always with us: ‘My grace is sufficient for you, for my power is made perfect in weakness.’”

Being raised a Coptic Christian, Farouk and has family suffered persecution and were discriminated against in Egypt. It was commonplace, he said, for individuals to be put in jail because they were Christians.

Before his mother died, she was denied medication, including painkillers, because of her faith. Thankfully, Farouk said, since a new president was elected in 2015, Egyptians have a greater quality of life.

“Both of my parents faced a lot of persecution growing up; still they worked very hard and taught me and my brother to also work hard and no matter what, trust in the Lord and have faith. Growing up in a poor family and with several physical disabilities made life even more challenging,” he explained. “There were many incidents where I was subject to discrimination and persecution due to my faith and my physical limitations. I was initially turned away from the Cairo Conservatory because of my small hands, and I was told repeatedly that I would never be able to be a pianist, let alone attempt to play anything by Rachmaninoff.”

Moving to the U.S was an opportunity for Farouk to begin anew and grow in his faith and musical ability. Most people have supported him in his quest, he said, but recently he has experienced discrimination in the United States.

“I have increasingly experienced similar discrimination, injustice and unequal treatment for many of the same reasons (as in Egypt) and also for speaking up against those who abuse their power and for standing up for those who have been unfairly treated or whose voices are not heard,” he said. “There are those who have bullied me, tried to derail my work, and slandered my character.

“But I know that I will persevere, even if this is a higher, harder, longer and harsher climb than Everest. Even so, I will always remember that the cornerstone of this great country, which I am proud to call my adopted country, is the principle and guiding light of coming to the aid of those who have been wronged and have suffered discrimination, persecution, and oppression,” he said. “‘Give me your tired, your poor, your huddled masses yearning to breathe free’: This is what the United States has always represented to me and my family and to millions around the world.”

Farouk has used the theme of climbing a mountain as his own personal mission, calling his concert: “Climbing Beyond Everest: 3 Musical Mountains and 3 Systemic Injustices; Discrimination, Oppression and Persecution.”

“I always love challenges and even seek them out,” he explained. “In a way, challenges are how I see myself improving and progressing. It is also how I find out more about myself and how I try to share a message of hope, faith and encouragement.

“That is the power of music,” he said, adding, “This challenge is also a statement — not only for me but also for all of those who were told that ‘you can’t do this’ or ‘you don’t belong here’ because of physical limitations or disabilities, or not being from this or that ethnicity or national origins, or from this or that socio-economic status or background.

“If I hadn’t experienced in my life all these obstacles and systemic injustices, I wouldn’t be where I am today — personally, artistically or humanly.”

To see the concert

If you want to see the concert:

Regular price is $40 per household for streaming on demand. To purchase tickets:

Things to negotiate for besides salary in a job interview

Wael Farouk of Carthage College will perform Rachmaninoff’s piano concerti Nos. 1, 2, and 3 in one evening.

Wael Farouk was born with small hands and shortened ligaments as well as other physical disabilities. He still struggles to make a fist and was often told he would be unable to be a pianist.