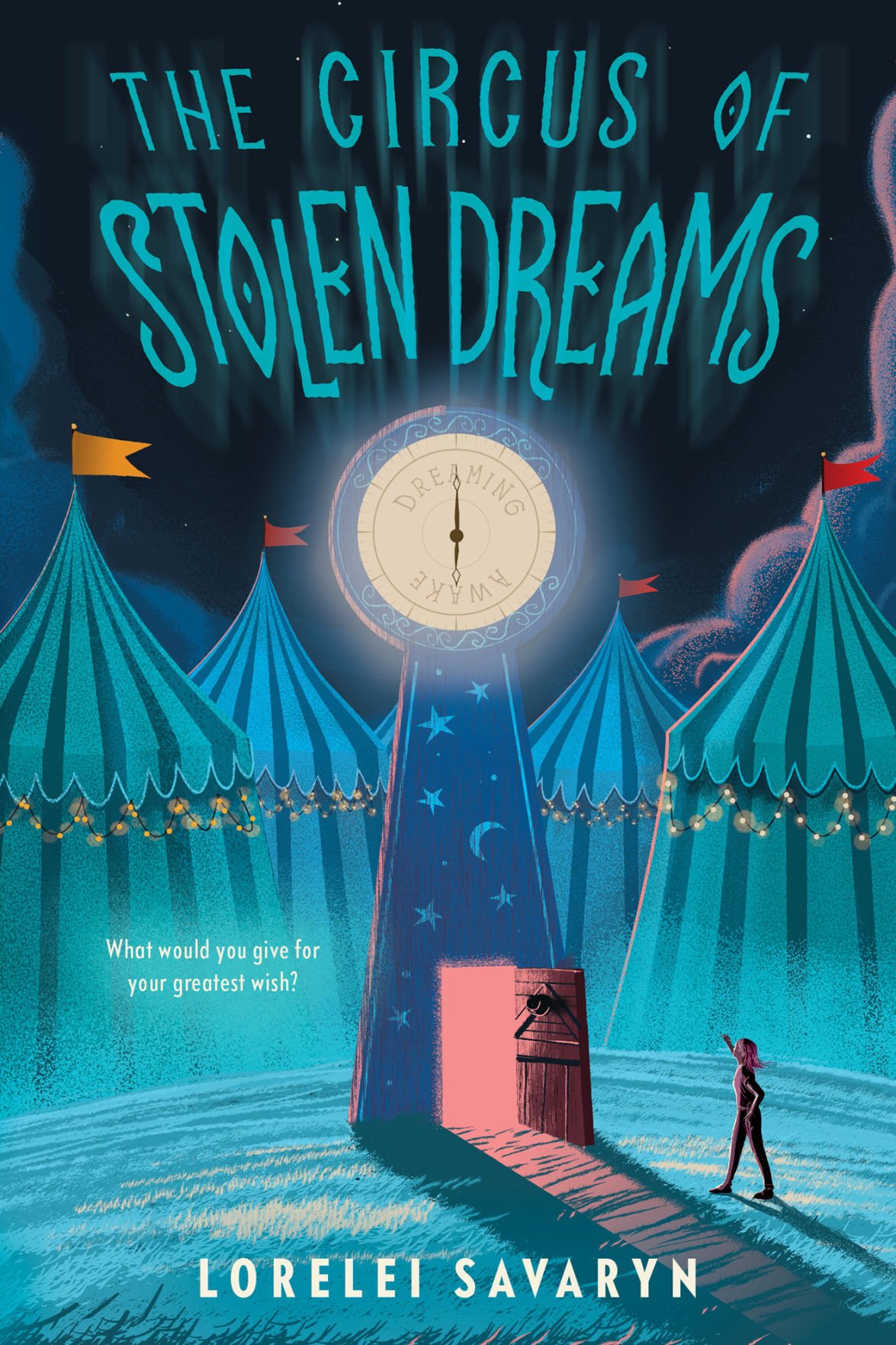 Lorelei Savaryn’s first novel, “The Circus of Stolen Dreams,” is due out Sept. 1. The magical tale is aimed at young readers, age 9 and up, though she says adults would enjoy it, too. 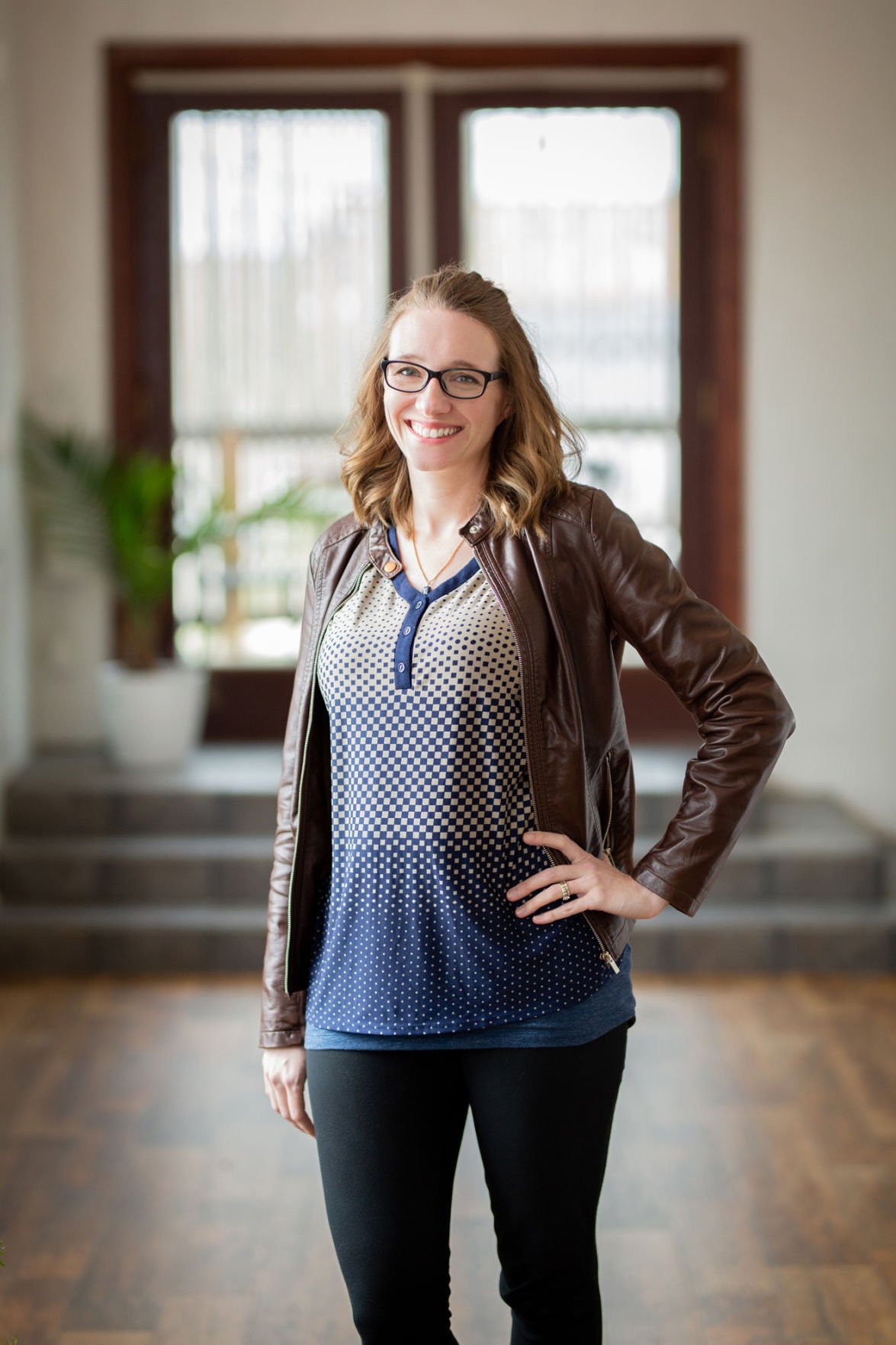 Author Lorelei Savaryn is a former teacher and the mother of four young children. Her debut novel comes out in September.

Dreams are a big deal to Lorelei Savaryn.

Her debut novel — “The Circus of Stolen Dreams” — follows a young girl into a mysterious world where dreams come alive.

For Savaryn, this novel is a dream come true.

Penguin Random House is publishing the book, plus an upcoming second novel, but that impressive two-book contract came about only after “a lot of rejections,” Savaryn said.

The former Racine Unified School District teacher, who lives in Gurnee, Ill., with her husband and four young children, worked hard to turn her dream of being a full-time writer into reality.

She squeezes in writing time around homeschooling her kids, crediting “being flexible” and “becoming really good at writing in short spurts of time.”

“It’s something I have worked really hard to make a priority,” she said. “I write on the weekends and in the evenings after the kids go to bed, and sometimes I hire a babysitter for a few hours. I’m not one of those writers who has a special room in my house where I can go and write at my leisure.

Though this was a longtime dream of hers, Savaryn “was afraid to try it; afraid I would fail.”

After their third child was born, she said, “My husband, John Paul, told me to just go for it. He saw how much I wanted to do this.”

They moved from the Kenosha area to northern Illinois, closer to his employer, AbbVie, to lessen his commuting time and give her more of a chance to write.

Savaryn is described as “an author of creepy, magical stories for children,” which reflects “the type of stories I read as a kid,” she said. “I loved being a little bit scared.”

Her idea for “The Circus of Stolen Dreams” came, in part, from the 2011 adult novel “The Night Circus” and the movie “The Greatest Showman.”

“I think the circus is really fascinating,” she said, “and I knew I would love to write a circus-type story for younger children.”

When her daughter told her about a story she had read where a dream comes into a character’s real life, Savaryn built out her plot.

“My stories start with a sense of place, and then I build in a character,” she said. “I mapped out a story where my main character finds a flier in the woods behind her house for a circus called Reverie and thinks it will be the perfect spot to run away from her problems.”

This circus features “tent after tent where visitors are immersed in popular dreams,” Savaryn said, including everyone’s favorite: That dream where you can fly. However, as the main character — a young girl named Andrea — moves through the tents, the dreams start turning into nightmares.

Getting a debut novel published is a nightmare task of its own, one filled with rejections and lots of revisions.

“Every time I got a rejection notice, my heart sank,” Savaryn said. “But I really, really wanted this, so I had to keep trying.”

Savaryn was determined to “prove to myself I could do this. I wanted to see my book on a bookshelf in a bookstore, and now it’s about to happen!”

She’s also excited about “leaving my children — and their children — stories that can live on and that have a message of hope and of good winning out over bad.”

Unfortunately, her book launch, coming during the COVID-19 pandemic, isn’t the celebration she dreamed it would be.

“I’m finding ways to do some events, even if it can’t be in person,” she said, adding that she did “buy a dress that matches my book cover, and I had a cake to celebrate.”

She’s hoping to do some virtual classroom visits — “as a former teacher, I know how to engage with children” — and hopes her story can inspire students.

“I want to encourage children to see that you have to push through rejection,” she said. “Even in this really weird time.”

Savaryn is now busy working on her second, unrelated novel, which also has a magical theme.

“It’s my take on ‘The Secret Garden,’ with a few ghosts and a little bit of creepiness,” she said.

What: "The Circus of Stolen Dreams" by area author Lorelei Savaryn

The audience: The novel, about a spooky circus where visitors can live out their dreams, is aimed at readers age 9 and up, though Savaryn said her 8-year-old daughter really enjoyed it, too. "This is also a good book for adults to read," she said. "It has a hopefulness along with the spooky element."

Virtual Launch Party: 6:30 to 7:30 p.m. Sept. 1, hosted by The Book Stall, an independent bookstore in Winnetka, Ill. The online event is free to attend. Registration is required and can be done at www.thebookstall.com under "events."

More information: For more about Savaryn and her novel, go to her website, www.loreleisavaryn.com.

Getting a debut novel published is a long process, filled with rejections and lots of revisions.

"The Circus of Stolen Dreams" author Lorelei Savaryn actually scrapped her first manuscript, which she now calls "my learning story, which taught me how to write a book."

Once she had the idea for her story, she had a first draft finished in three weeks. Then came six months of reworking it.

Landing a deal with a major publisher was only possible after Savaryn secured a literary agent.

"You can't just send your book to a Big Five publisher," she said. "It has to be sent by an agent."

She received about 100 rejections from book agents before signing with Chloe Seager (of the Madeleine Milburn Literary Agency). The two did a quick revision together and, less than a week later, Penguin Random House book editor Liza Kaplan offered her a two-book contract.

"That was just amazing," Savaryn said. "She understands the type of book I want to write and the stories I want to tell. It's been really, really great working with her."

Savaryn credits Pitch Wars, a mentoring program where published authors and editors help writers get manuscripts ready, for helping her secure an agent. For more details, go to www.pitchwars.org.

Lorelei Savaryn’s first novel, “The Circus of Stolen Dreams,” is due out Sept. 1. The magical tale is aimed at young readers, age 9 and up, though she says adults would enjoy it, too.

Author Lorelei Savaryn is a former teacher and the mother of four young children. Her debut novel comes out in September.