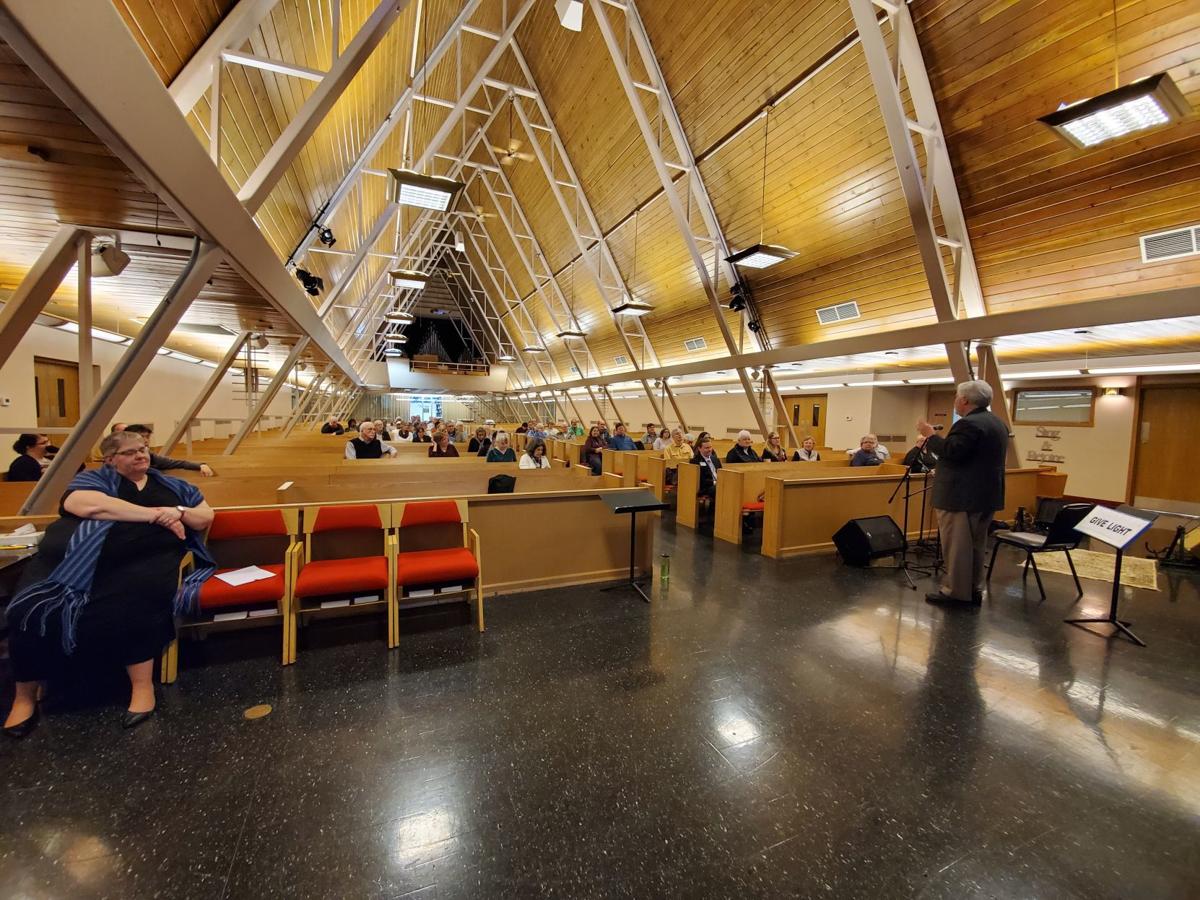 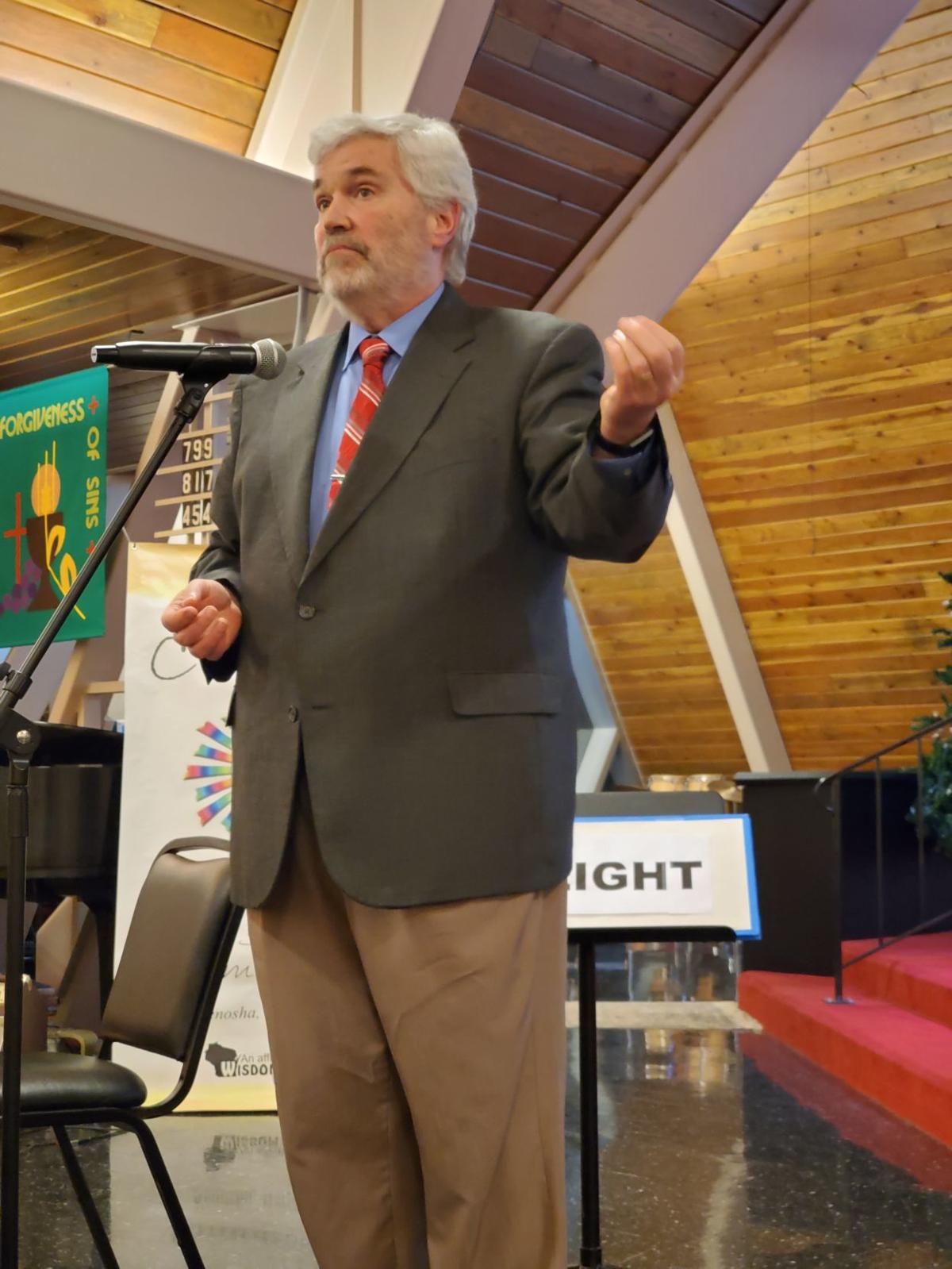 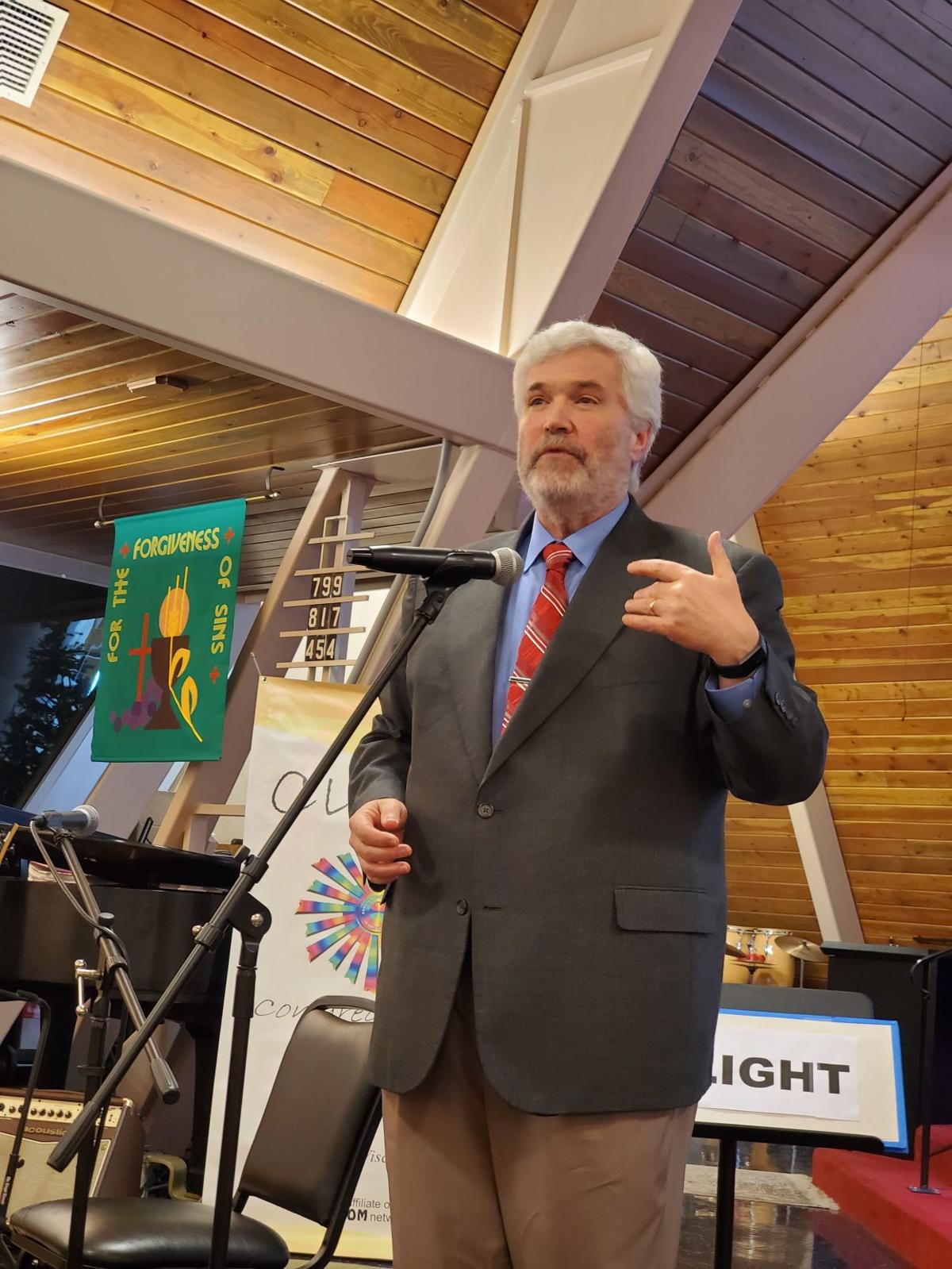 Congregations United to Serve Humanity laid out its planning during its annual meeting Sunday.

Speaking a Sunday’s meeting at St. Mary’s Lutheran Church, 2001 80th St., WISDOM Executive Director David Liners spoke about the need for prison reform, such as closing aging prison facilities, including 121-year-old Green Bay Correctional Institution in Allouez, which was not funded for replacement in the state budget.

While lawmakers there have proposed building a replacement elsewhere, Liners and others called for reducing the prison population altogether.

“The folks up by Green Bay really want that closed. There’s actually a movement afoot to get it closed,” he told about 50 people in attendance. The prison, which holds about 1,000 inmates, is an eyesore, he said, and is in an affluent area of town.

In addition to reducing inmate numbers, he called on state officials to use the $1 billion budgeted for prisons to invest in youth programs to keep them out of prison instead.

Liners said other states, including Michigan and Texas, have closed many of their prisons, “really rapidly cutting back on sending people back to jail on revocations.”

In Wisconsin, those who go to prison receive extended supervision after they serve their sentence. During the supervision period, they are still subject to the rules of their probation.

In Wisconsin in a single day as many as 3,000 people are sent back to serve time for violating terms of their probation or parole.

“That’s the category of people that Texas no longer sends back,” he said. In Wisconsin, the average time spent back in prison on a revocation is 18 months.

“Right there, we can reduce our prison population,” he said.

Liners said there are alternatives to prison, including diversions for substance abuse and mental health.

“They tend to work really well. The problem is, they’re working way below capacity because of the (lack) of funding,” he said.

Liners said WISDOM is also calling for changes to state laws that would “unlock the vote” for people who have served their prison time but are currently on extended supervision.

“In Wisconsin, people who are on extended supervision still can’t vote. They’re out in the community, paying taxes, and we’re saying they should have the right to vote,” said Liners, adding that states like Florida and Michigan have lifted that obstacle.

While those off supervision can vote, it is up to congregations to help reinforce it.

“We need everyone who can vote ... to inform them that they can vote,” he said.

Liners said those who have committed felony crimes and have yet to serve out their sentences cannot vote. However, most people incarcerated in county jails are in for misdemeanors and “they have not lost their right to vote.”

He said those who are serving time for misdemeanors can vote, but if they are unable to go to the polls, they can vote via absentee ballot.

Sandy Milligan, a CUSH member, also spoke on the importance of taking part in the 2020 Census. She also addressed fears of how the information will be used. She said by law, the Census bureau is required to protect all personal information gathered.

“There is especially fear in the immigrant community about this. So, it is important to note that in addition to other government agencies, the Department of Homeland Security cannot use the responses against immigrants,” she said. “The controversial question about legal status that was batted around is not included on the census.”

On March 19, CUSH will be hosting “Restoring Our Community/Prison Reform Task Force,” a summit at the University of Wisconsin-Parkside.

The summit will focus on the state’s mass incarceration rate, particularly that of African American males, and what can be done to restore communities.

According to CUSH, the state’s incarceration rate is the highest in the upper Midwest and has the highest imprisonment rate of black males in the country.

For more information on CUSH activities and involvement go to https://www.cushkenosha.com/