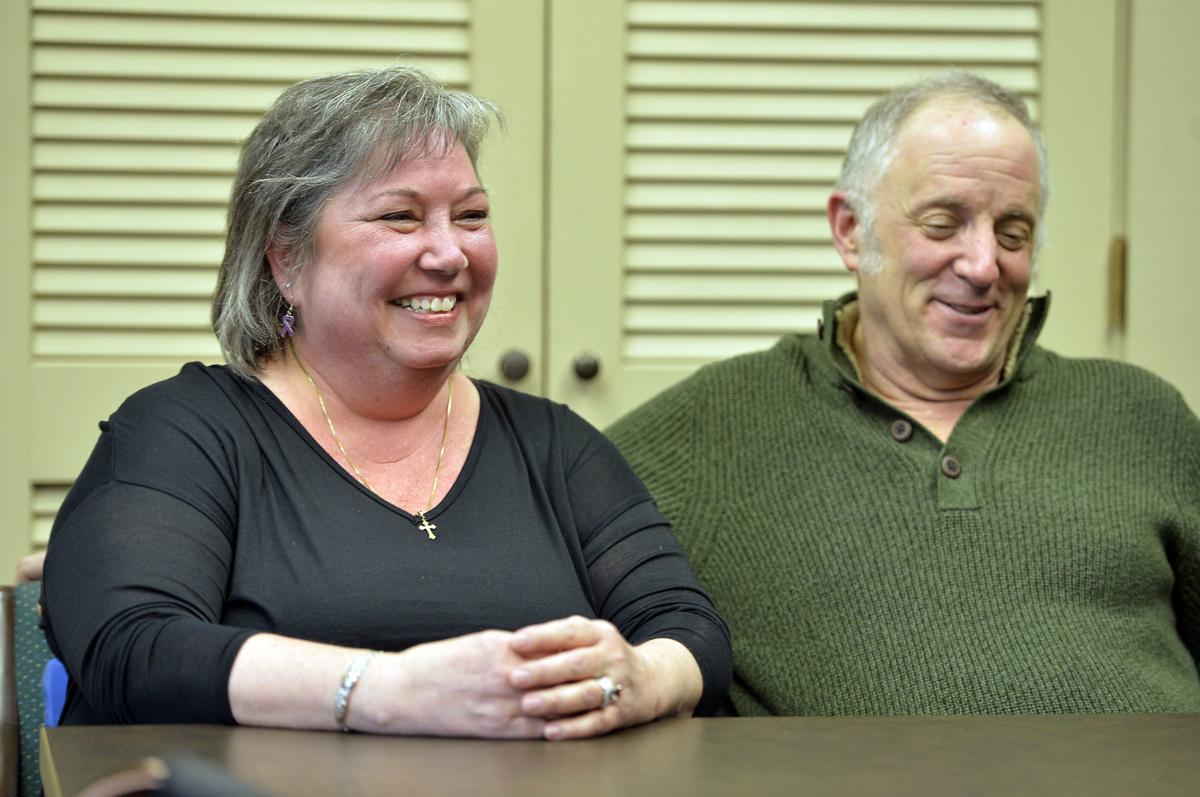 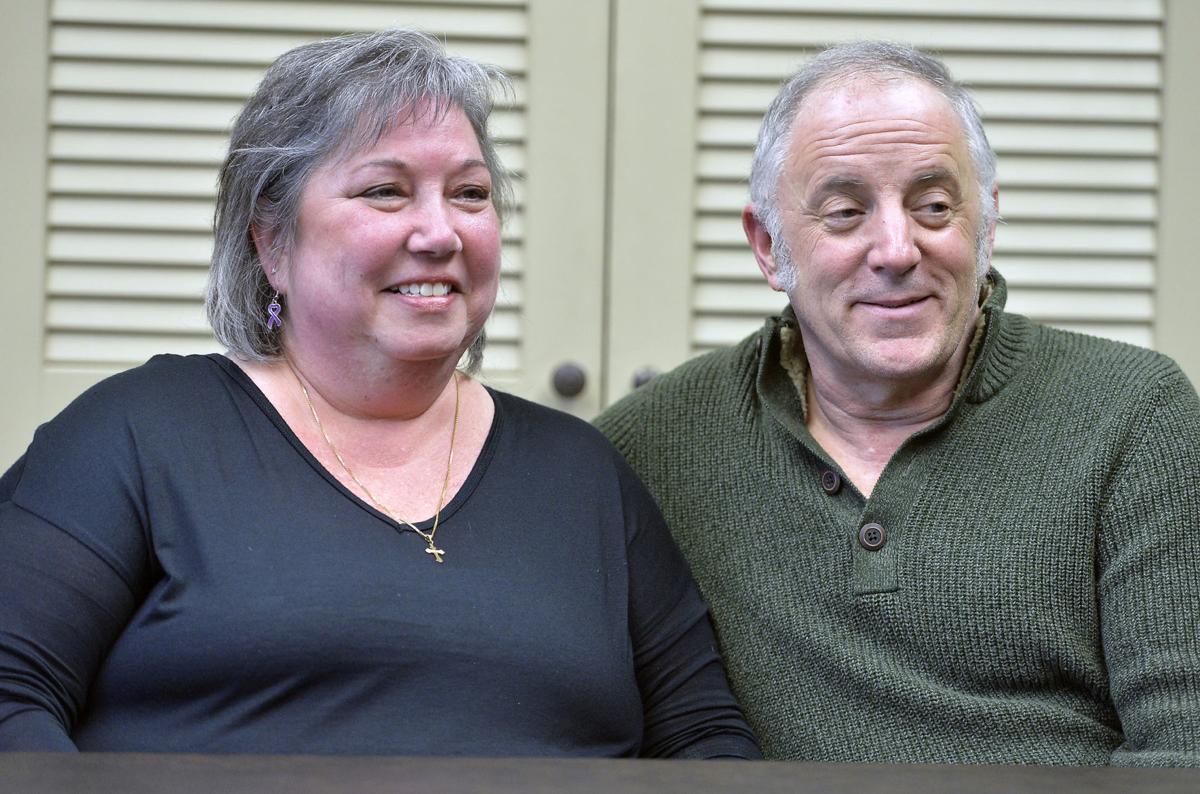 Cynthia and Tom Howard talk about their participation in a lupus fundraiser walk that will take place Saturday in Milwaukee. Cynthia was diagnosed with lupus in 2015. 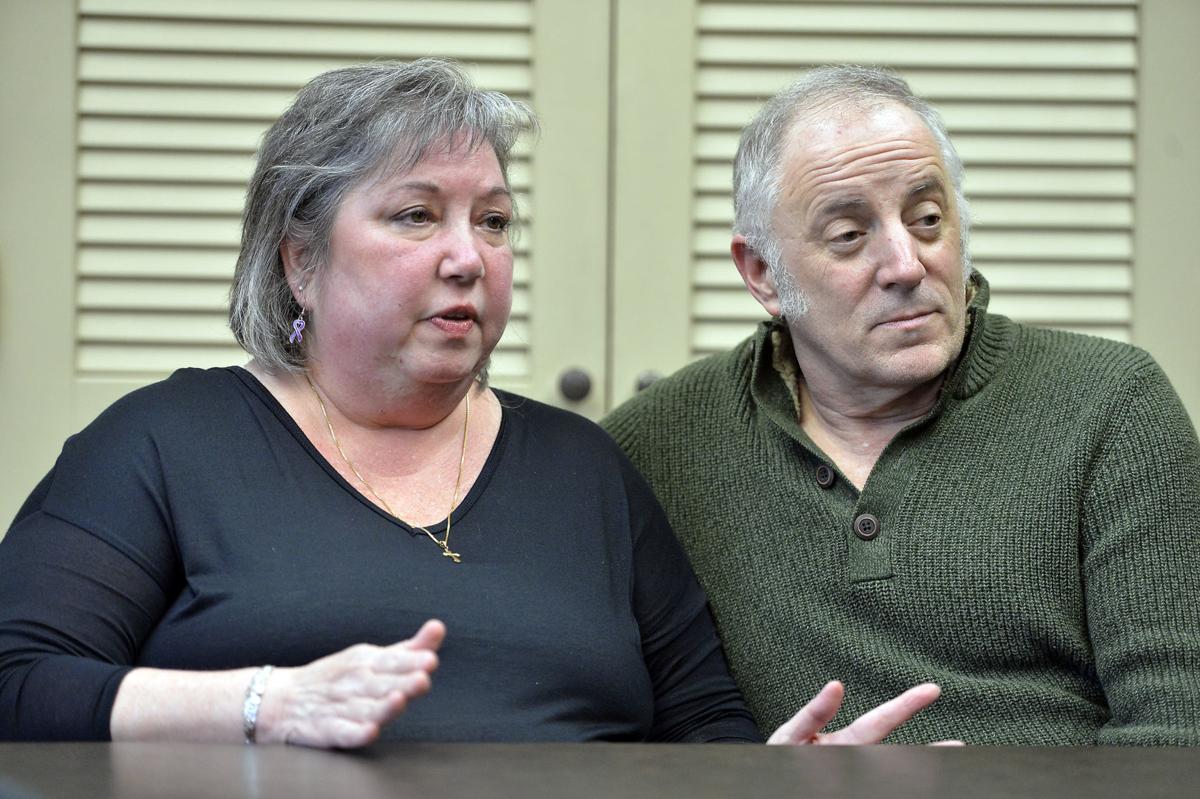 For Cynthia Howard, some days it’s hard to stand for 30 minutes to make dinner, but this Saturday, she’s going to be moving mountains.

Howard, a Kenosha woman in her “late 50s,” has lupus, a chronic autoimmune disease that causes inflammation in various parts of the body. It manifests itself in many ways, none of which are the same for each person who has it.

Diagnosed with lupus in 2015, Howard is heading a team to participate in “Walk to End Lupus Now,” a fundraiser taking place May 11 at a park on Milwaukee’s west side.

“The walk is our largest fundraiser and has enabled the chapter to grow and reach more people in the state,” she said.

The mission is to educate “not just patients but family friends and medical professionals,” she said.

Thomas-Semanko has been involved with 17 of the 18 Milwaukee lupus fundraiser walks so far. “For me it’s personal because my mother passed on at age 26 from lupus,” she said.

At this time, the cause of and cure for lupus are something of a mystery, say the disease experts. However, says Thomas-Semanko, it is known that 90 percent of lupus patients are women in their childbearing years ages 14 to 45. “We think it may possibly be triggered by a hormonal imbalance, but we don’t know for sure.”

The still-baffling nature of the disorder is the reason why the current fundraiser, “Walk to end Lu?us Now,” incorporates a question mark in its title.

For Cynthia Howard and her husband Tom, even though lupus is a mystery, it doesn’t mean it’s completely unsolvable.

In a recent interview at the News, Cynthia described her journey with the disease and why she and Tom are involved with the fundraising efforts to understand and find treatments for it.

Cynthia says she began having lupus symptoms in 2008 and was finally diagnosed with lupus in 2014.

Her first symptoms were blisters on her legs that would erupt and bleed at the lightest touch. “It just came out of the blue,” she said.

Since that first episode, flare-ups occur every couple of months that have affected various parts of her body, including her lungs.

“You constantly feel like you’re running a marathon; the immune system is constantly in overdrive,” Cynthia said.

It took years before Cynthia was officially diagnosed with lupus. “I saw a dermatologist, a hematologist and an oncologist,” she said.

Lupus creates inflammation in response to an overactive immune system, so treatment involves tamping down the immune system rather than boosting it, Cynthia said.

The problem, notes Thomas-Semanko, is that suppressing the immune system can lead to sometimes fatal infections and disease.

According to Thomas-Semanko, there is only one FDA-approved medication dedicated to lupus. To manage lupus symptoms, physicians “borrow” drugs designed to combat cancer or malaria.

For Cynthia, however, medication is “a double-edged sword” because she also suffers from medication sensitivity, which increases rather than decreases her discomfort. “Medication reactions can actually mimic lupus symptoms,” she said.

For Cynthia and Tom, lupus has been a major concern ever since they got married in 2014.

“Nine months after we were married I got huge blood clots in both of my lungs,” she said.

Since the onset of lupus, Cynthia has made several changes to her daily life. “Meal prep is not easy. It can be an all-day project for making something as simple as spaghetti,” she said. To minimize the effort, she and Tom shop in bulk and cook meals that can be frozen and put away.”

Before the onset of the disease, Cynthia worked as a registered nurse. “I was always a go-getter. Now my full-time job is taking care of my health,” she said.

Despite her limitations, Cynthia tries to be as physically active as possible. “Physical activity, including walking, is recommended to alleviate symptoms,” she said.

Much of what Cynthia knows about lupus she has gleaned from online resources offered through the Lupus Foundation of America.

Through her research she also discovered that it is a disease about which many people are unaware. “People hear the word ‘lupus’ and think they know what it is, but they really don’t have a good understanding about it,” she said. This is in part because symptoms of lupus are not usually visible.

According to Thomas-Semanko, the last statistic for those living with lupus in Wisconsin was 28,000. “That number is old because statistics are hard to get,” she said.

Cynthia learned about “Walk to End Lu?us Now” through online research about her condition, and this year she and Tom decided to form their own team to support the efforts of the Lupus Foundation of America in Wisconsin.

They adopted the team name “Moving Mountains” because it refers to the challenge of overcoming obstacles, she said. “Overcoming lupus is an uphill climb, but it’s worth the fight. By staying positive you can get to the top.”

For the Howards, that “top” means spreading the word about what Cynthia refers to as a “critical but common” disease.

To date, national efforts have raised $20 million for research and education.

The Milwaukee chapter is hoping to hit a goal of $48,000 with this year’s walk, which is up a bit from what was raised last year, said Thomas-Semanko.

As a team, the Howards are hoping to raise $2,000. Cynthia hopes the fundraiser fosters public education about lupus and effects changes from insurance coverage to time off from work.

At this time there are support groups for lupus patients in Milwaukee, but she would also like to see one offered in the Kenosha area.

“The top of the mountain” is also personal, says Cynthia. “For me it’s about having healthy days, good days, enjoying life and appreciating things around me.

“It’s not easy to move a mountain, but it’s not impossible either.”

What: A lupus fundraiser and awareness event sponsored by the Lupus Foundation of American Wisconsin Chapter

Pre-registration: Wednesday at www.lupuswi.org. Although deadline to preregister Wednesday, walkers may sign up day of as well.

For more information about joining Cynthia and Tom Howard’s team "Moving Mountains," or making a donation to the foundation, call 262-358-0259 or visit www.firstgiving.com/team/386739

Cynthia and Tom Howard talk about their participation in a lupus fundraiser walk that will take place Saturday in Milwaukee. Cynthia was diagnosed with lupus in 2015.