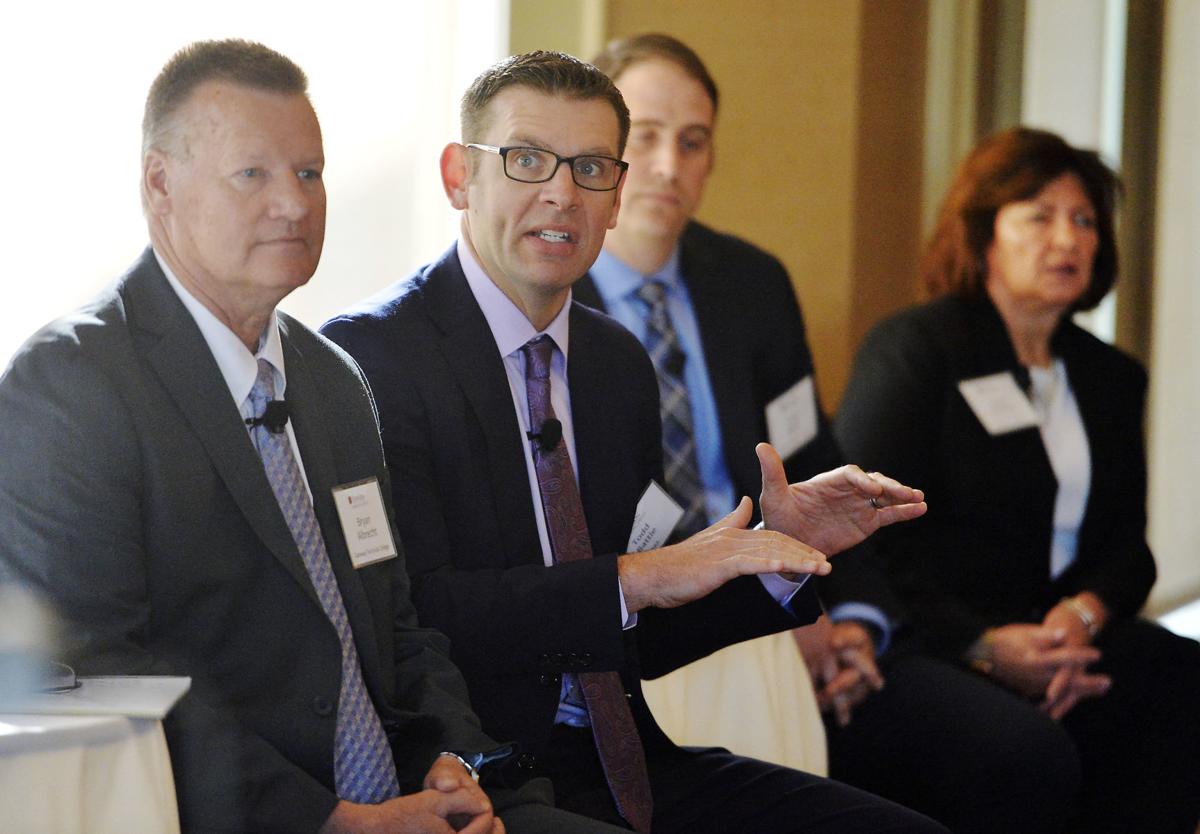 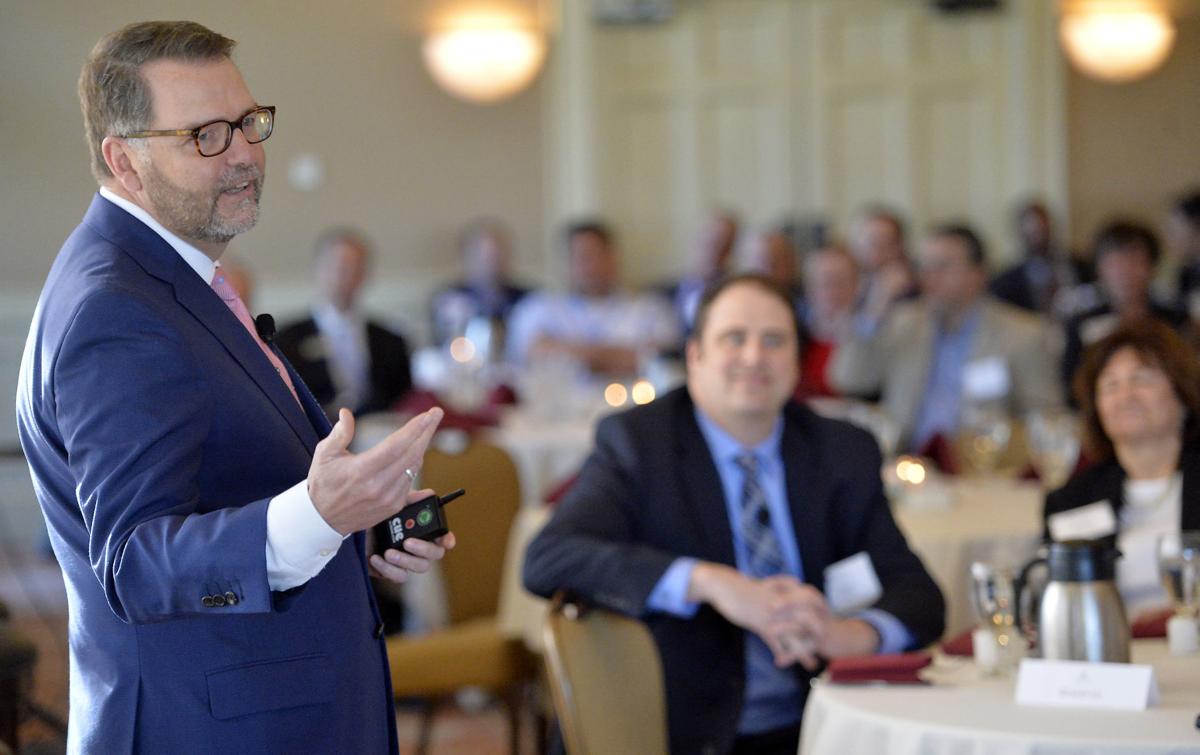 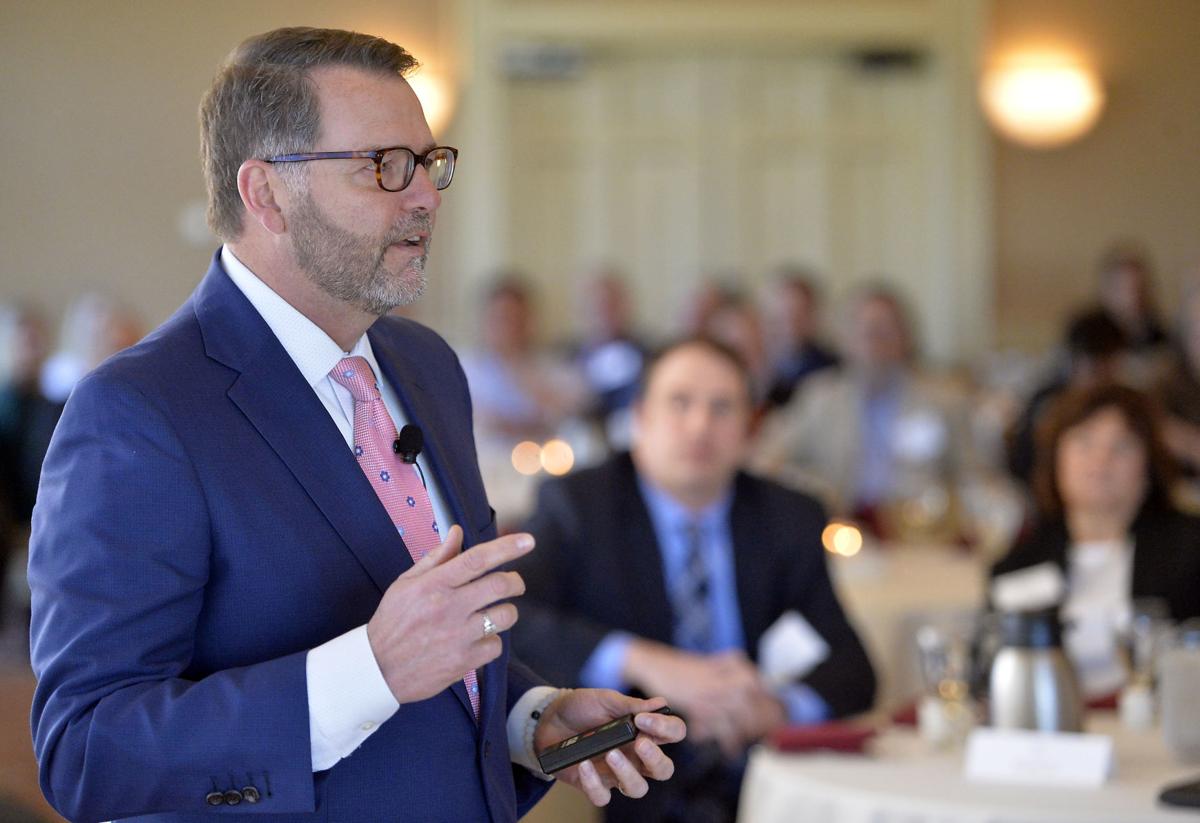 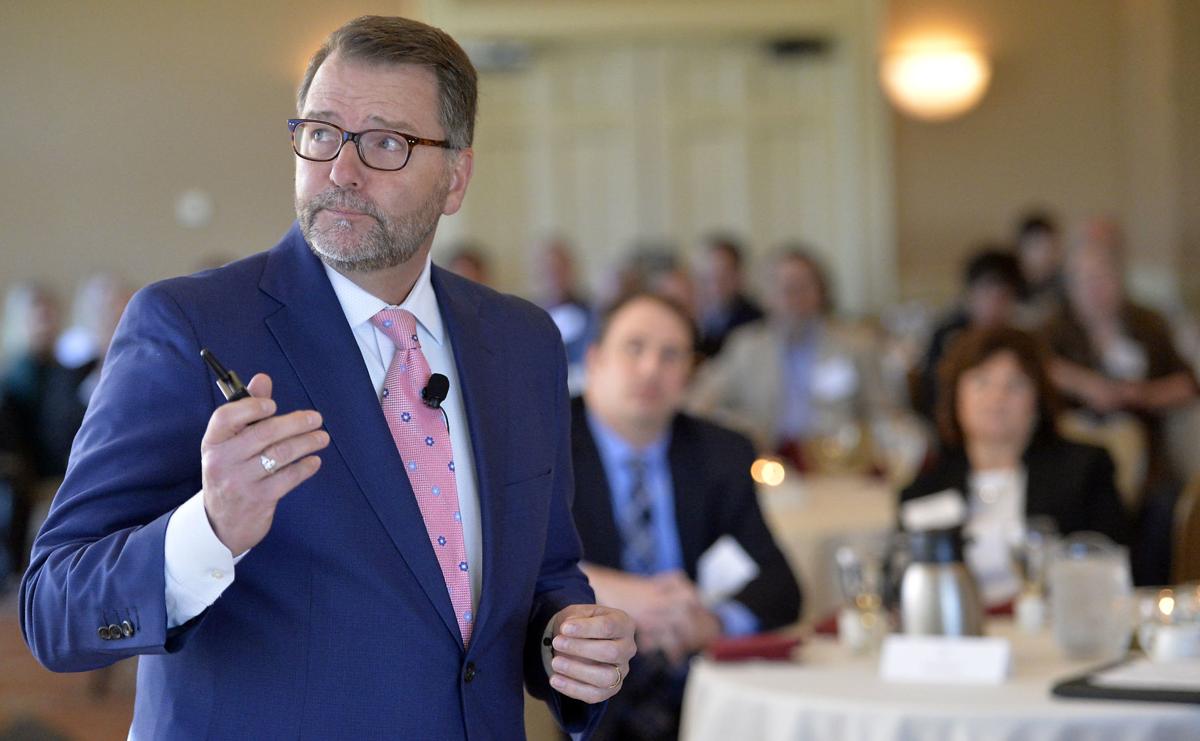 Brian Andrew, chief investment officer for the Johnson Financial Group, speaks at the “State of the Region Economic Forum” Wednesday at Strawberry Creek.

While the southeastern Wisconsin economy has been in a growth mode, future economic and workforce progress may depend upon policymakers who set the tone for expansion and employers who embrace new ways to recruit and retain workers.

That was the word from Brian Andrew, chief investment officer with the Johnson Financial Group, who said Wednesday morning that the economy is growing faster than it normally would.

Speaking at the annual “State of the Region Economic Forum” at the Club of Strawberry Creek, he said, “We’re not likely to see a recession anytime soon.”

While that’s good news to business leaders and employers, he cautioned that continued growth will depend upon the policymakers. Nationally that could mean how trade and tariff actions are imposed and locally what constraints and levies are imposed.

Andrew talked about the $620 billion trade deficit and noted that two-thirds of that amount comes with China, the No. 2 economy in the world.

He said fourth-quarter profit margins for U.S. companies were 11 percent. He said companies are likely to see positive earnings growth to continue this year.

He said the trend of U.S. companies outsourcing manufacturing overseas for lower labor costs may be reversing because customers want shorter delivery times.

“We have to shorten the distance in the supply chain,” he said.

During a panel discussion after Andrew’s talk, Kenosha Area Business Alliance president Todd Battle said the region had nearly 5 million square feet of industrial space under construction at the end of 2018, and there’s still room to grow.

“There’s still a lot of runway left,” he said, citing the Chrysler site, downtown Kenosha and the former We Energies power plant in Pleasant Prairie.

Health care is part of the area’s building boom, with Froedtert and Advocate Aurora in the midst of major projects in Kenosha and Racine counties.

“It’s changing landscape,” said Susan Ventura, executive vice president with Froedtert South. “We’re doing all we can do to adapt to the changes.”

Building and maintaining a steady workforce is a challenge, she said. She said 50 percent of Froedhert’s workforce will be retiring in the next five to 10 years, and human resources personnel have embraced new methods of finding people.

“It’s an ongoing effort,” she said, noting Froedtert has partnered with Gateway Technical College and other institutions and has a training facility in its hospital.

Gateway president Bryan Albrecht suggested employers need to change how they recruit if they are to find the workers they need to fill jobs.

He said some companies have formed partnerships with Gateway and other institutions to train people and build a pipeline.

He said students have changed their job-seeking methods, and he suggested employers need to do the same by using various job search networks.

Brian Andrew, chief investment officer for the Johnson Financial Group, speaks at the “State of the Region Economic Forum” Wednesday at Strawberry Creek.