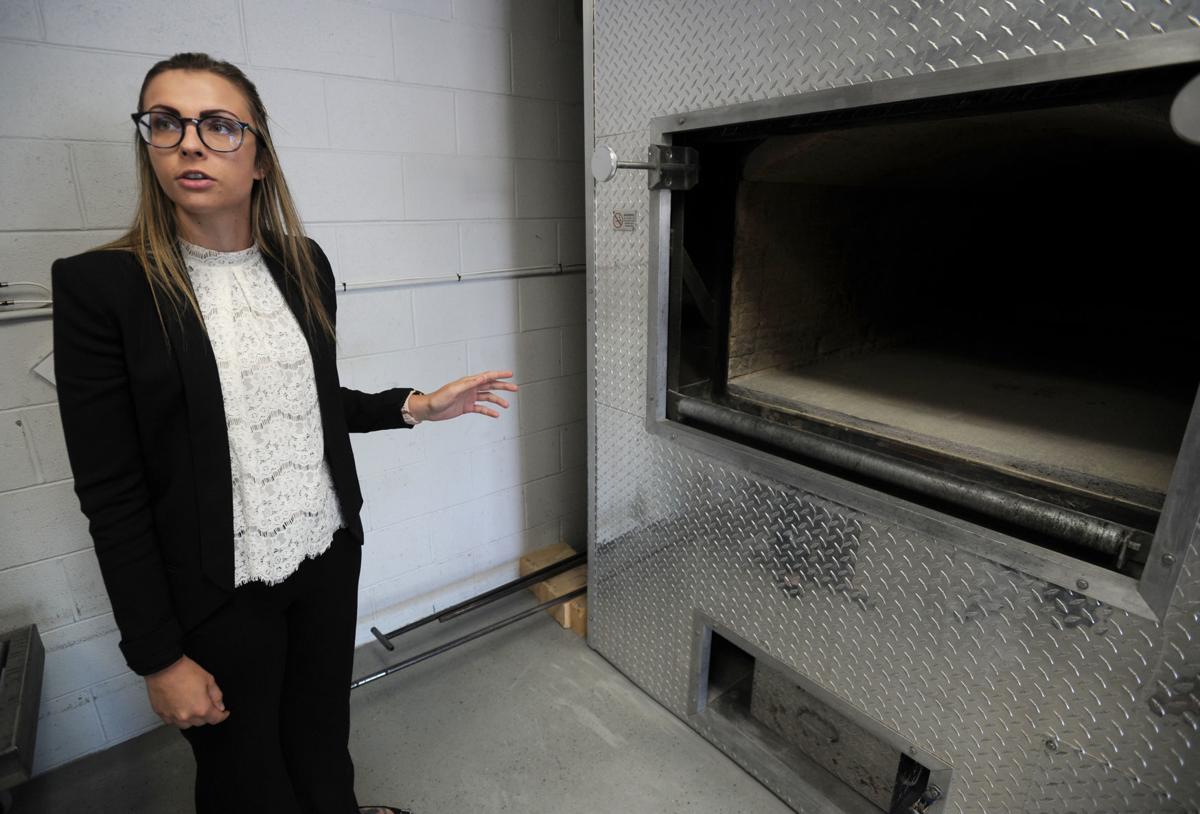 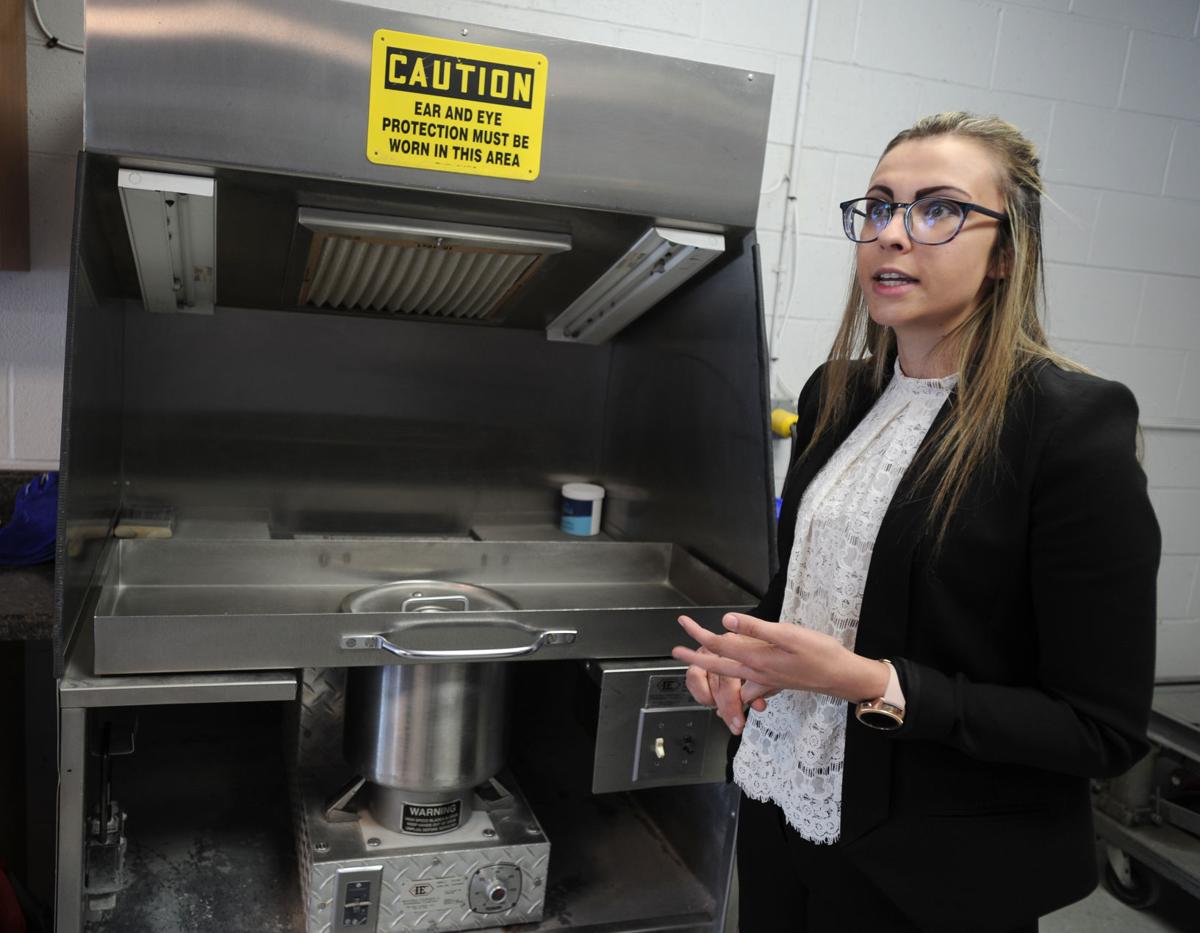 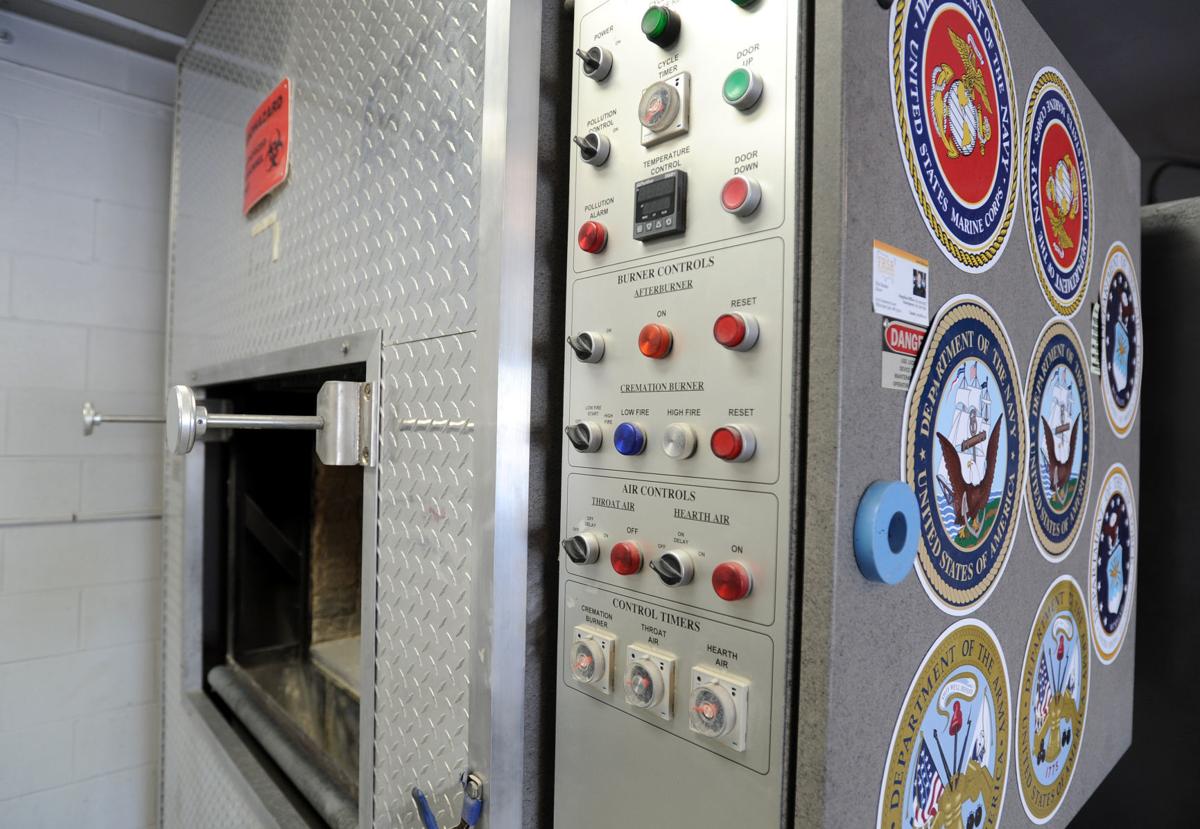 Shown is the cremation equipment used by Proko Funeral Home.

More families, according to a recent report by the National Funeral Directors Association, are choosing cremation over traditional burials.

A cremation is the mechanical, thermal or other dissolution process that reduces human remains to bone fragments. After a cremation, the bone fragments are pulverized into a granular texture (ashes).

The typical cremation takes approximately three hours and an additional two hours for cooling and processing.

As with burials, families can choose a range of funeral services to accompany a cremation. They can choose direct cremations with no formal viewing, visitation or ceremony; cremation with a memorial service; or a full funeral with a viewing followed by a cremation.

Cremations are expected to continue to increase in popularity, according to the NFDA, due to costs, environmental concerns, fewer religious inhibitions and an increasing transient population.

"We don't die where we grew up," said Aziz Al-Sager, a funeral director with Casey Family Options, 3016 75th St. "We don't buy family plots anymore. Some people don't want to be tied down to a tradition."

Moreover, a cremation allows family members to take their deceased loved ones with them wherever they should relocate.

"They can keep them with them," said Al-Sager.

In 2016, the national cremation rate was more than 50 percent, surpassing the casket burial rate for the first time in U.S. history. A year later, the rate increased to 51.7 percent.

By comparison, Japan had a 99.9 percent rate. The rate was 71.1 percent in Canada, according to the NFDA.

In Wisconsin, cremations are expected to rise to more than 63.5 percent compared with burials dropping to 30.8 percent.

And as cremations are on the rise, so are the number of funeral homes that have crematories.

Wisconsin is tied for seventh nationally with Virginia with 115 crematories. There are 225 in California, 220 in Pennsylvania and 201 in Florida.

Kenosha Funeral Services has two crematoriums — one for humans and another for pet. By law, pets cannot be cremated in human crematories.

Matthew Braun, manager and funeral director of Kenosha Funeral Services, 8226 Sheridan Road, said he has seen a dramatic increase in the number of cremations.

Since his father, Allen, died in mid-April, 75 percent of the services performed by his funeral home have been cremations.

"Cremations definitely are on the rise," he said.

Nationally, by the end of the year, there will be more than 1.58 million cremations, increasing to 1.95 million by 2025.

Between 2017-2019 the number of licensed crematories in the U.S. increased by 8.9 percent to 3,281. Approximately one-third of the funeral homes in the country now operate their own crematories, and another 11 percent plan to open their own within the next five years, according to the NFDA.

Larry's father, John, who purchased the funeral home in 1962, remembered how the decision gave it an advantage. The funeral home's Southport Crematory was the first in the city. Other funeral homes used it rather than trekking to Milwaukee.

Despite the increase in cremations, funeral homes still derive only sightly more than 10 percent of the total revenue from them. Typically cremations cost 40 percent less than funerals with burials.

However, costs have begun to rise. Cremations can cost from $2,500 to about $5,000 depending upon the type of procedure.

Cemetery costs can amount to nearly $3,000, including purchasing the plot and the opening and closing of the grave. Some cemeteries charge $1,400 to open and close the grave.

Wisconsin businesses call on Gov. Evers for a plan to restart economy

In addition to the serious health concerns associated with the COVID-19 outbreak, the impact to our economy, particularly small businesses, wi…

Concerns mount for local businesses if Evers' order is extended

It’s been four weeks since Gov. Tony Evers declared a state of emergency, which from there led to the closure of schools, restaurants and bars…

STURTEVANT — Amazon Logistics, which specializes in delivery of customer orders, plans to set up an operation in Sturtevant that would employ …

The H-101 carton sizer was made to custom-cut cardboard boxes for customers looking to fit and ship their products without wasting space.

Foster grandparents volunteer and impact the lives of students

Andy Zakatuan knows what it’s like to face struggles as a child.

Shown is the cremation equipment used by Proko Funeral Home.