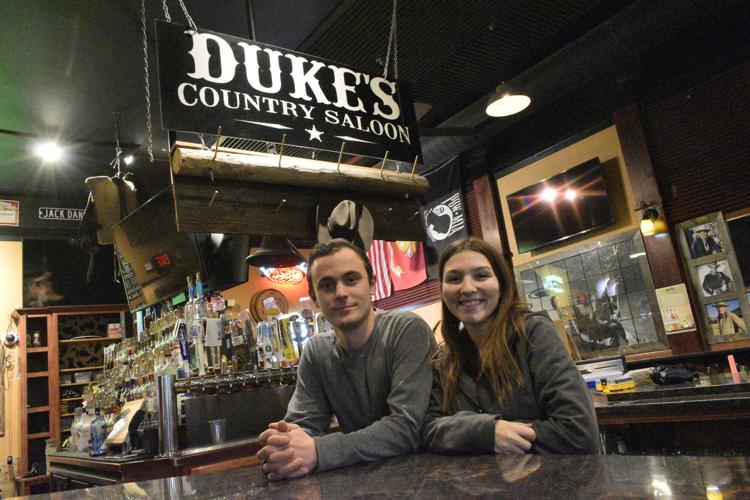 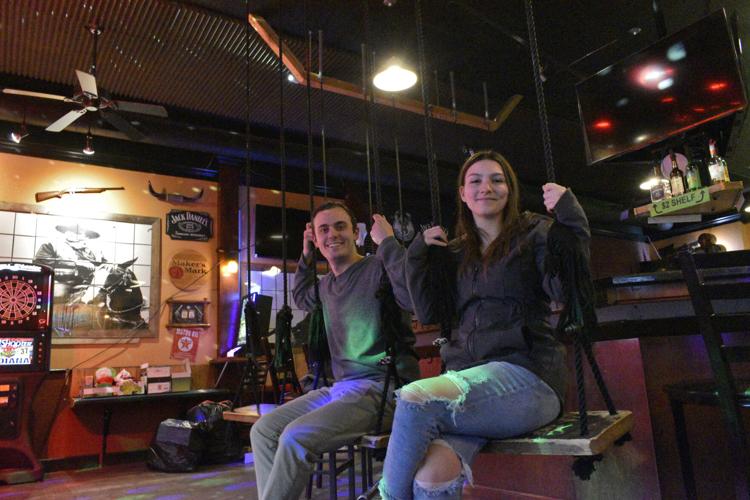 Duke’s Country Saloon in Kenosha is under new ownership, with plans to reopen in mid-February with an expanded food menu and the return of live performances.

The new owners, young couple Dade Bloomfield and Cali Buchino, bought the business at 2324 18th St. late last year, closing the doors on Dec. 30. They’ve spent the last few weeks working to get everything in order, including licenses, vendors and more.

“Duke’s is known as a party bar, but we want to push the ‘hangout’ crowd,” Buchino said. “We’ll still be fun, but not crazy.”

Whether its sports, drinks, food, music or a game of darts, Bloomfield said they want to make it a welcoming space for customers.

“We’re a place that can be relied on for country music and a safe time,” Bloomfield said. “We want it to be warm, inviting, somewhere you can have a swing and watch the game with friends.”

Duke’s Country Saloon will still stay true to its name, however. The two country music fans plan to keep the theming and aesthetic, including the swing bar seats hanging from the ceiling and western movie art decorating the walls.

While the couple is new to the business, they say the saloon is their “passion project,” a way to give back to the community and invest themselves into a personal enterprise.

Buchino, a Kenosha native, works in real estate, but said she wanted to do something that more directly impacted the community.

“It’s fun, but it’s a lot of selling yourself,” Buchino said. “This is selling a product, an experience.”

Bloomfield, born in Gurnee, Ill., actually has some background in bars. During his time stationed in Japan while in the Navy, he was given permission to work as a bartender at local bars.

“I really enjoyed it,” Bloomfield said. “I don’t know what it means necessarily, but I come from a family of bartenders.”

Buchino said they’d talked about owning a restaurant or bar together for some time.

“It’s always something we’d talked about being interested in,” Buchino said. “We were keeping an eye out for something.”

When the opportunity for Duke’s came up, they jumped at it. While touring the saloon, both said they were immediately drawn to the business.

“We got in the car, didn’t even say anything,” Buchino said. “We just were like, ‘We’re doing this.’”

Buchino, who handles the business-side of the saloon, admits it’s been a quick learning curve to get Duke’s ready to reopen, as she works to get the proper paperwork and licenses through. Bloomfield meanwhile has been pulling together vendors and talking with salespeople, and both have spent long nights at the saloon cleaning up.

“It’s a lot,” Buchnio said. “But it’s fun. You see your hard work get put into something that’s yours.”

Despite the challenges, the pair were optimistic and said they look forward to opening again to the public.

“We’re really excited, we’re looking forward to getting in here, meeting everybody and being a part of the community,” Buchino said.

Popular videos from the past week you may have missed

An adorable baby sloth was born at London Zoo on New Year's Day, marriages are under strain in war-hit Ukraine, and more popular videos from the past week you may have missed.

This baby sloth at the London Zoo will melt your heart

Huddled in an underground shelter in war-battered eastern Ukraine, Oleksander and Lyudmila Murenets spend more time together these days than a…

Tens of thousands of Elvis fans flocked to the Australian town of Parkes to celebrate the King of Rock and Roll.

Something experts are now calling “one of the richest and biggest repositories of solar image data available to mankind."

Steven Spielberg claimed top honors including best drama at the Golden Globes on Tuesday for his deeply personal film "The Fabelmans," as Holl…

Tens of thousands of people are being urged to leave their California homes as rainstorms cause flooding.

Florida woman tries to take boa constrictor in carry on, gets caught by TSA x-ray machine

The TSA won’t allow any snakes on any planes. Veuer’s Tony Spit has the details.

Ohio electric aircraft allows farmers to fly over their land

These electric aircraft allows farmers in Ohio to fly over their land. Created by Ryse Aero Technologies, the Ryse Recon is fitted with six in…

In Khartoum, the Muqatel Training Center opened its doors to women after Omar Al Bashir fall. They can take Jiu jitsu, Muay Thai and MMA class…

An electric car has made a record-breaking trip on a single charge powered by the sun.

Authorities in Bali rescued 43 sea turtles during a routine navy operation where they stumbled across poachers out at sea. Veuer’s Maria Merce…

Dolphins have been helping these Brazilian fishermen for nearly 150 years

Dolphins have been helping these Brazilian fishermen for nearly 150 years