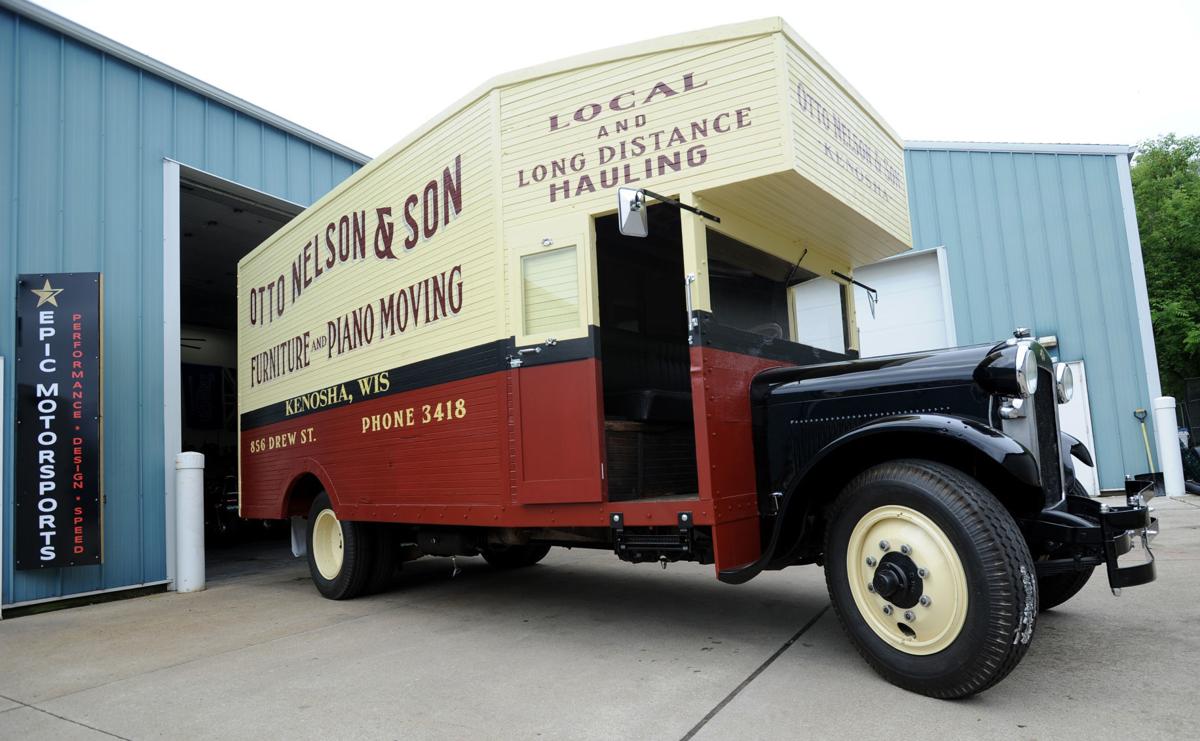 Kelly Berger and the crew at Epic Motorsports restored this 1925 moving van truck over the past year by rebuilding and fabricating hard-to-find parts. 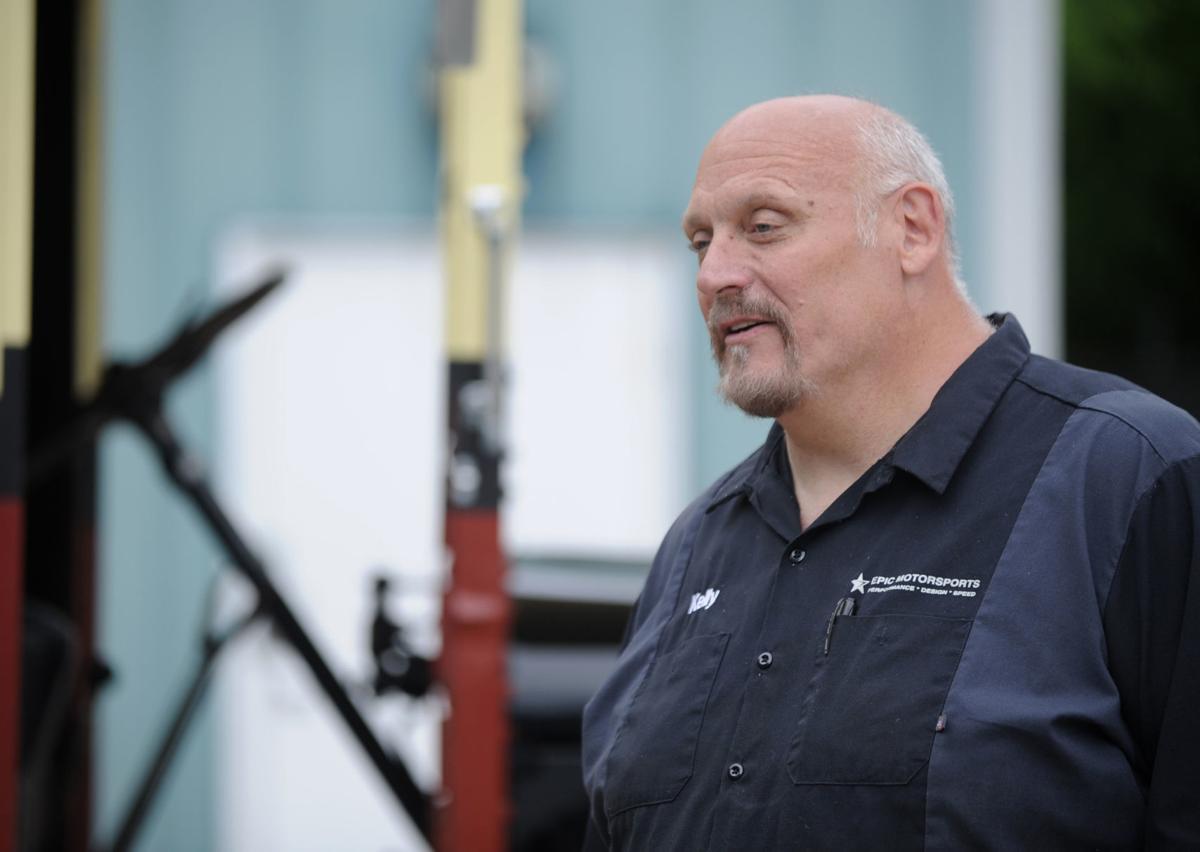 Kelly Berger, owner and operator of Epic Motorsports, has been modifying cars and other types of vehicles for decades. 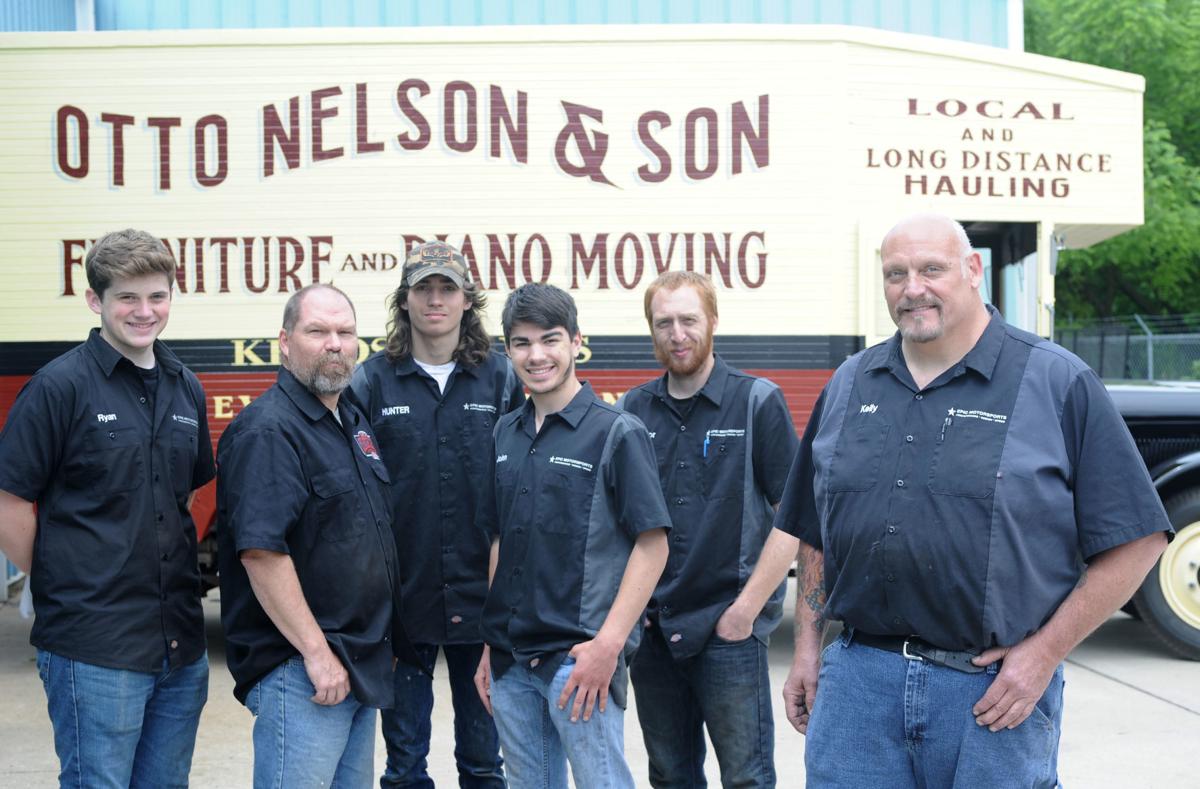 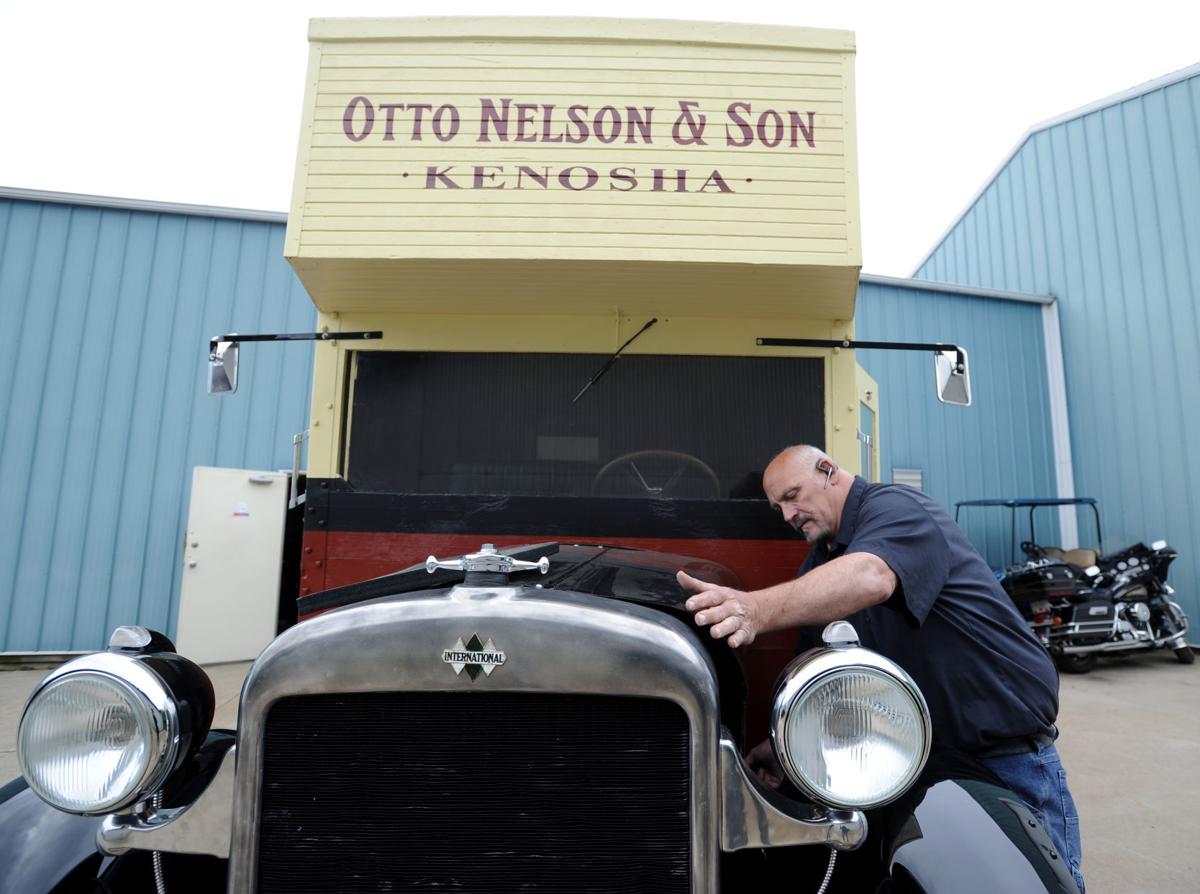 It was as if Kelly Berger was born with magical hands and a mechanical-minded brain. At an early age, he already knew he wanted to create and fix anything with a motor long before he thought of a career.

Berger was in the second grade when he rebuilt a lawn mower that he sold shortly afterward. He rebuilt it using no schematic nor parental assistance.

"I have restless hands," he explained. He always has to have something to do. And any project involving some type of vehicle brings a special excitement, a challenge that he is willing to take on.

From then on, Berger has rebuilt, repaired, fabricated and customized countless types of vehicles including motorcycles, golf carts, cars and trucks. He has even customized vehicles that have been used in movies.

"I love being able to build something out of nothing," explained Berger.

Also somewhat of a teacher, he is passing his passion for designing fabricating and restoring to his crew. "I love teaching, these are great guys," he explained. He welcomes those who want to learn and become a part of a team that can perform, on some on the hardest projects.

In 2008, a year filled with several major projects, Berger and his crew at Epic Motorsports, 6208 28th Ave., performed some custom magic on a 2008 Plymouth 'Cuda that was eventually used in the Fast and the Furious 6 movie.

The car was originally designed for the creator of Paintball, who loaned and later sold it to the crew of the Fast & Furious, according to Berger.

In 2009, Epic Motorsports was back at it customizing and converting four Harley Davidson Crossbone into World War II motorcycles for the Captain America movie. While it took a year, it serves as an iconic project.

Such designations has earned him respect globally. He entertains inquiries about future projects from car owners who have heard of his work and want his services.

And each year since 2008, he has been invited to Bahrain and Dubai to work on the vehicles owned by Sheik Mohammed and Sheik Ali. He was there this past spring where he had 35 cars to work on.

Berger remembers being a little bit nervous on that first trip. He could bring no one, not even his wife. Aides met him at the airport and whisked him off to a royal plaza court yard area. He had order parts he thought he needed and was prepared to fabricate if need be.

Though the work project was familiar, he wasn't prepared for the intense heat. "When I got there, I felt sick. I said I hope I didn't come all this way to have a heart attack. After downing some Gatorade," I was fine he recalled.

One of Berger's most recent challenges has been to restore a 1925 International moving truck for Otto Nelson Moving & Storage.

The assignment an enticing challenge for Berger and his crew. It was a love blend that brought one man's dream. George Follensbee, the Otto Nelson president and another's passion together for a magical purpose -- recreating that truck as it had been during its era.

Follensbee said he found the truck in Nebraska. It had been a long distance moving truck that go out to California. He said he will is it for advertising and promotional purposes. "It's a piece of history, he explained.

The restoration which was completed last month, is done in time for the Otto Nelson Moving  & Storage company's 100th anniversary.

"It was cool, I've never seen anything like this," Berger said.

It was hard to find some of the parts he need. It was a project that had him using metal and wooden parts. He had to be a lot of fabricating and since the truck has a wooden floor in both the cab and in the cargo bay, he had to do some woodwork refinishing.

Since the truck had a cracked engine block he had to do some engine work, do work on the chassis, the transmission and make many modifications.

Follensbee was ever so grateful for the finished project. On the Otto Nelson website, he said,

"I found this truck through the help of a long time friend Bruce Anthony and I realized we needed help to get it done the right way. Kelly and his team are amazing. What he could not find, he made.

Kelly has a MacGyver mind and did a hands down incredible job."

SEATTLE - Amazon's next step in its disruption of the grocery store business is rolling out in Seattle. Amazon Go Grocery, the online retailer's first checkout-free grocery store, opened Tuesday morning in a 10,400-square-foot space on East Pike Street between Belmont and Boylston avenues on Capitol Hill. The new store, which has been hidden for weeks behind blacked-out windows, is a larger ...

SACRAMENTO, Calif. - California voters legalized pot in 2016. But for many seeking jobs in state government, cannabis use has become an obstacle to getting hired. Now, a spike in the number of job applicants disqualified by state agencies after failing tests for marijuana use has spawned calls for new legislation and debate over whether employment rules should be relaxed given more widespread ...

The typical American man needs to work 53 weeks to pay for the basics of middle-class family life, while for a woman whose sole breadwinner the number is 66 weeks, according to a new study. That figure for 2018 compares with just 30 weeks for males at the median weekly wage in 1985, according to research by Oren Cass at the Manhattan Institute. For the median female worker, the figure rose ...

Renewable energy is beginning to have an impact where it counts, in the cost of electricity, as generators pledge to sell power to the New England grid at prices that keep falling and will be down more than 70% over four years by 2023. As a result, consumers will likely pay less, but the dollar impact on electricity bills is not known because utilities will factor the costs differently in ...

Bluetooth stickers on your clothing? Startup Wiliot gets $20M for tracking tech

Bezos, the world's richest person, said in an Instagram post that he'll start giving grants this summer to scientists, activists and nonprofits working to protect Earth.

Zillow loses millions in new strategy on selling homes; CEO bets it will pay off

Previously operating in a digital realm, Zillow shook things up with its strategy of buying homes directly from sellers, doing repairs and reselling the house itself.

The venture arm of General Mills is making its first outside investment in pet food and chose a startup that sends fresh-cooked meals directly to the homes of dog owners. 301 Inc., charged with finding the latest and greatest in food trends on behalf of General Mills, believes many pet owners are willing to pay a premium for a subscription meal-delivery service for their furry friends. 301 ...

Kelly Berger and the crew at Epic Motorsports restored this 1925 moving van truck over the past year by rebuilding and fabricating hard-to-find parts.

Kelly Berger, owner and operator of Epic Motorsports, has been modifying cars and other types of vehicles for decades.