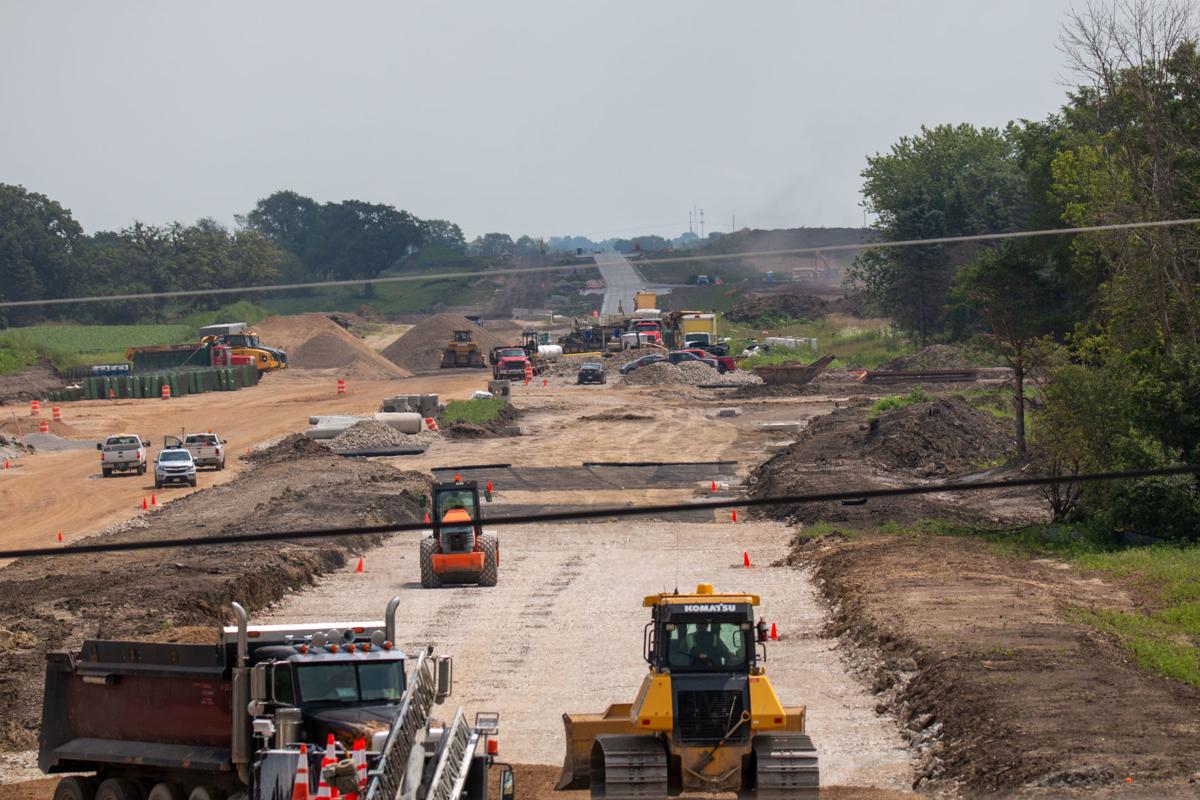 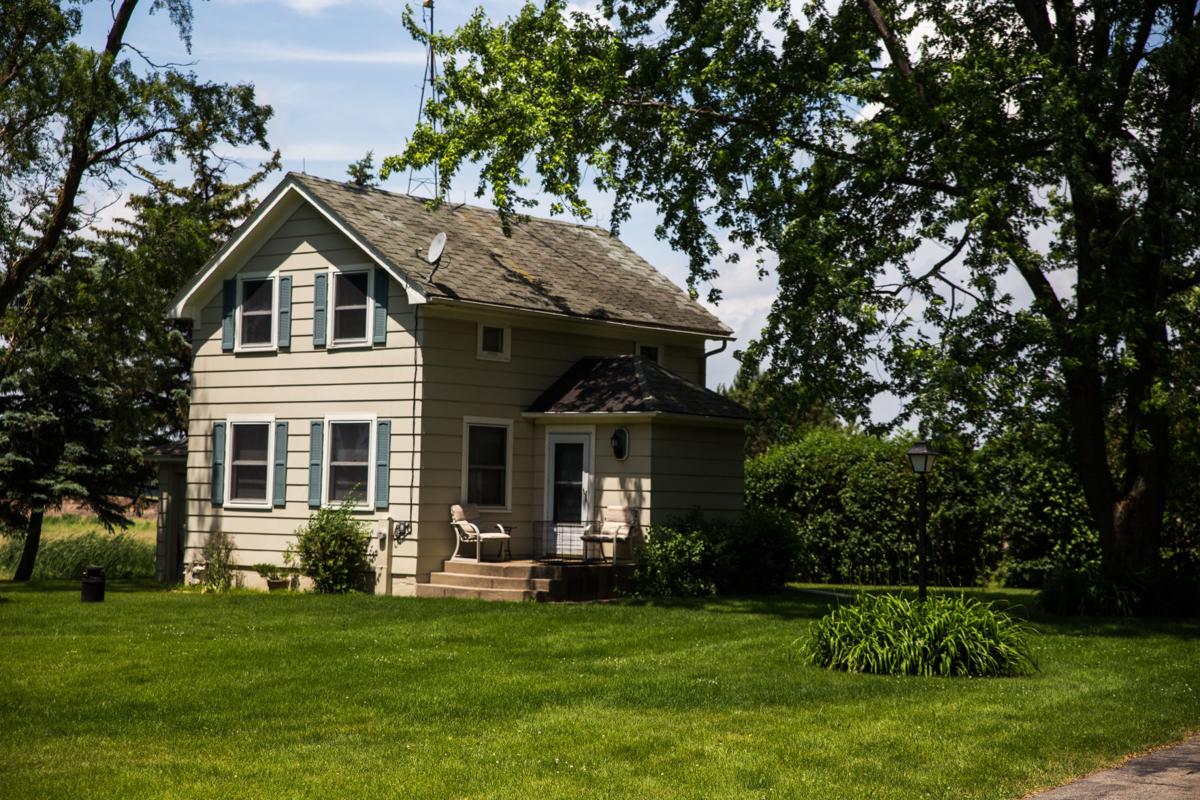 A year ago this house stood at 11514 Highway KR. It has since been torn down to make way for the Foxconn development. It’s one of dozens of houses that have been torn down since last summer. 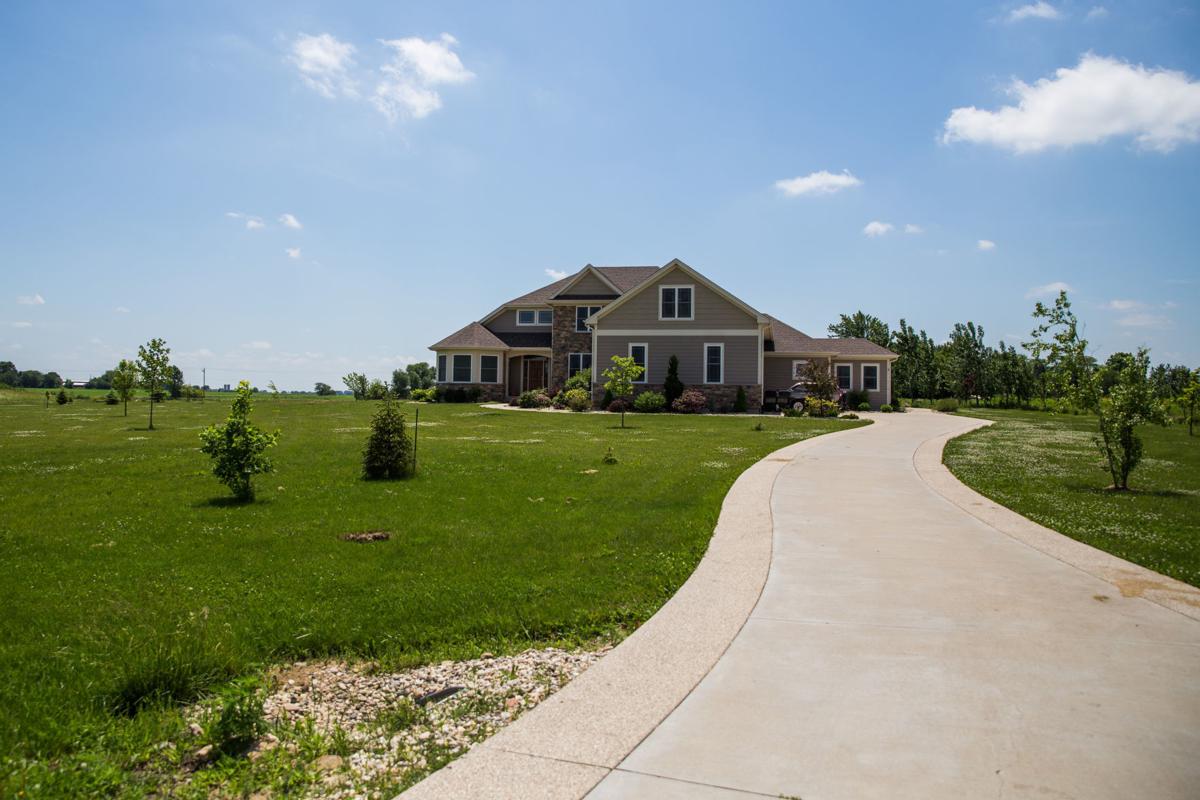 A year ago this house stood 10655 E. Prairie View Drive. It has since been torn down to make way for the Foxconn development. 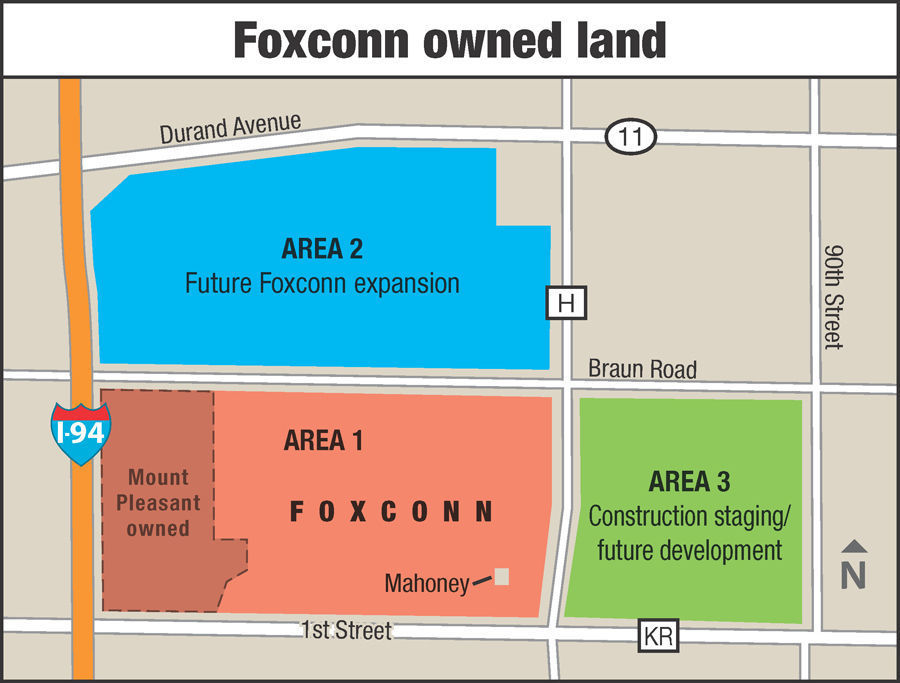 MOUNT PLEASANT — Two years ago, in the southwest area of Mount Pleasant, there were dozens of homes with manicured lawns that were maintained by families both young and old.

In some driveways, basketball hoops hung above garage doors, and some homes flew American flags out front.

A year ago, many of those homes stood vacant, as the Foxconn Technology Group moved into the neighborhood and property owners sold their land to the village.

Now, in Area I of the Foxconn development, all of those homes are gone except for one — the Mahoney family’s. On the Interstate 94 frontage road, one business remains: Erickson Trucks-n-Parts.

For the most part, in Areas II and III, the remaining houses under village control are either vacant or torn down. One house in Area II, owned by the Jensen family, is under dispute; the village has gone to court against the Jensens.

The other houses have been cleared out to make way for the massive development.

The village has transferred 887 acres of land to Foxconn in Area I, which is located south of Braun Road, north of Highway KR, east of Interstate 94 and west of Highway H.

In Area I, the main location for Foxconn’s manufacturing facility, nearly all of the homes are gone, with the notable exception of one owned by the Mahoney family.

Kim Mahoney and her family moved into their home on Prairie View Drive roughly a year before the Foxconn announcement in 2017. At the time, the Mahoney residence was in a subdivision with about a dozen other homes.

Their home is the only one left. It has a front row seat to the construction taking place just a few hundred yards away.

“We’re not as affected by it as people might think we would be,” Mahoney said. “And because most of the work is going on to the north (of our house) and to the west, we’re just not as affected as it might appear when you first drive up.”

Claude Lois, project director for the village on the Foxconn project, said in an emailed statement that “the village has completed all land acquisitions determined necessary for public infrastructure and project development.”

Since the beginning of the land-acquisition process, Mahoney has been one of the most vocal critics of how the village obtained the land needed for the project.

Mahoney said village used “fraud” to get part of the land.

“(The village) used fake road plans and fake blight to abuse their eminent domain authority and threaten and bully people to move out of there,” Mahoney said. “And we won’t accept those threats and we won’t be bullied. And if that means staying there and living near the Foxconn development, then that’s what we’ll do.”

It’s possible the village may need to acquire more land.

“The only exception may be future needs for roadway improvements or expansions,” Lois said. “As it has since the beginning of the project, the village will maintain control of acquired land until a development plan is presented.”

Getting and maintaining land

Since it was announced in the summer of 2017 that Foxconn would be coming to Wisconsin, the company has been put in a spotlight that few companies have experienced, and Mount Pleasant was thrust onto the national stage.

One of the biggest assets the village has is the land. With the village having control of the land, it is up to Foxconn or other developers to present a plan to the village before the village agrees to transfer the land to the business.

“There are a number of mechanisms in place to ensure that the village and village taxpayers are protected from any “what-ifs,’” Lois said. “Among these is the village’s ability to maintain control of Foxconn-funded land acquisitions as collateral until the company, potential suppliers or other developers provide specific development plans. Once development plans are received, the village will consider them and transfer land in due course.”

Foxconn has begun vertical construction and plans to begin production in 2020. However, the only land that Foxconn has acquired is in Area I; the other two areas, while earmarked for Foxconn, have not been transferred over.

Some of the land in Area II and III are being used by farmers who pay the village to cultivate the land.

But the idea that the village is holding onto the land to ensure the Foxconn development moves forward appropriately is something that rubs Mahoney the wrong way.

“You forced these people to sell and move ... and now you’re holding onto it?” Mahoney said. “That just doesn’t make sense. I think it’s because (the village is) concerned that Foxconn is not going to follow through with their promises under the original development agreement.”

A list of questions was sent to Foxconn asking the company:

How does Foxconn feel about the job the village has done to secure the land?

Foxconn has nearly all of Area I; when does it plan to acquire the rest of the land?

The Mahoney family home is completely surrounded by Foxconn; how does their presence affect the project?

When does Foxconn plan on receiving land in Areas II and III?

A year ago this house stood at 11514 Highway KR. It has since been torn down to make way for the Foxconn development. It’s one of dozens of houses that have been torn down since last summer.

A year ago this house stood 10655 E. Prairie View Drive. It has since been torn down to make way for the Foxconn development.