Badgers live: Catch all the action as the Wisconsin football team visits Purdue 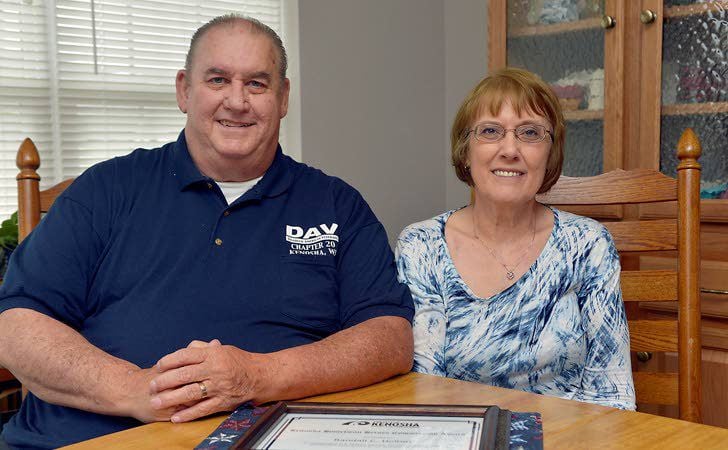 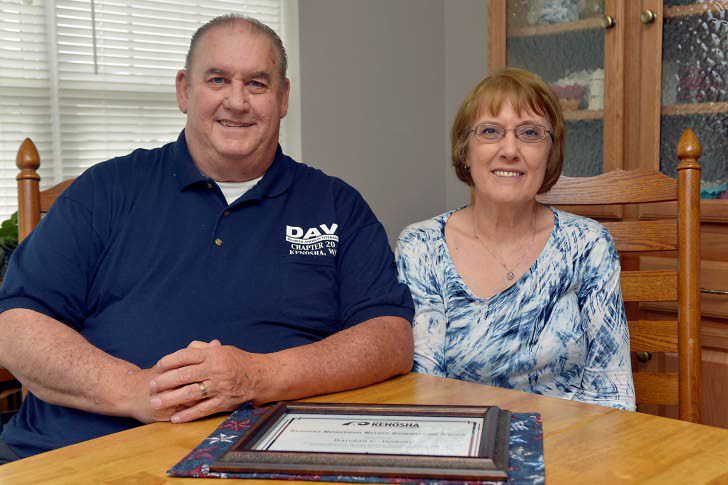 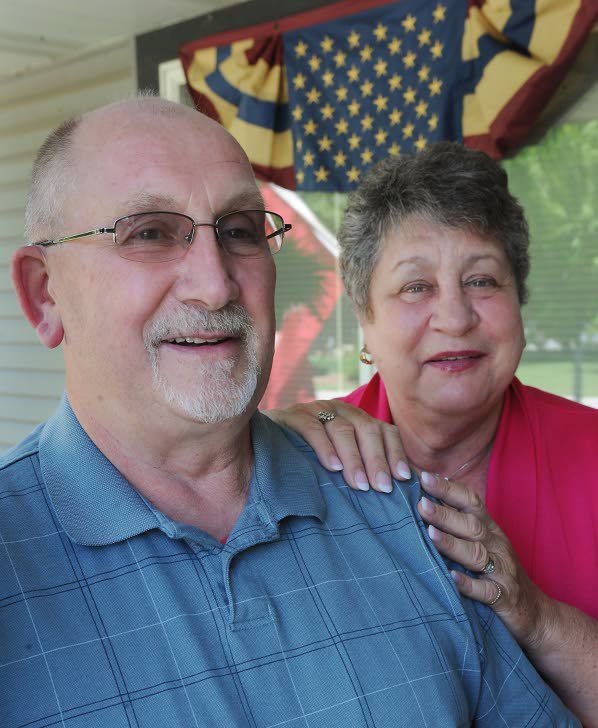 Charlie and Carol Sichmeller. Charlie was honored with a Hometown Hero award.

Hero: A person admired for great or brave acts or fine qualities.

Two men honored recently by the city of Kenosha for their military service live up to the title, even if they are reluctant to admit it.

“They are outstanding examples,” said Ald. Jack Rose, who helped organize the new Kenosha Hometown Heroes Award Program. “They are vets still active in their community.”

The program is dedicated to identifying and recognizing the men and women who have served or are currently serving in the United States armed forces who were born in, currently reside in or have previously resided in Kenosha.

Awards are given on a quarterly basis and presented by Mayor John Antaramian during Common Council meetings.

Charlie Sichmeller“I probably cursed more and prayed more than any time in my life,” said Sichmeller, who served as a Marine from 1966 to 69, spending much of that period trekking through jungle as part of the infantry. He was named a Hometown Hero on March 21.

“The experience there was very emotional, but he is a quiet man,” said Carol, his wife of 45 years. “I don’t think he dwells on it, and that’s the only reason he gets through some of the stories I’ve heard.”

“I feel that Vietnam was a political war,” he said. “It was not backed by America — we were sent over there to fight the war with no support.”

He said that Vietnam vets experienced prejudice and people were judgmental against them when the soldiers returned home. He hopes the men and women fighting in Iraq and Afghanistan never experience that heartache.

“When I got out, we’d walk into the VFW and they’d tell us to get out,” he said. “It was the old hard-core World War II (vets) and they said we didn’t fight in a war because it was called a ‘conflict.’ We weren’t welcome or recognized as being a vet.”

Still, Sichmeller, who has lived and worked in Kenosha for most of his life, is humbled by the honor. He serves the Veterans of Foreign Wars Kenosha post as a trustee and as secretary for Kenosha County Veterans Council, among many other things.

“It feels good being honored, but I’m sure there’s more qualified people to give it to than me,” he said.

“In Vietnam, we would go out and help (special forces and 1st infantry division) build their base camps and things of that nature — help them along the way to keep themselves defended,” he said. “It was hot and muggy, but I was in superb shape back then.”

“There’s a lot of veterans here,” he said. “The veterans organizations, community, elected officials all support us.”

“I think what we want to be remembered for is that we served and tried to do the best we could,” Holton said. “We were in a war that was being managed by Washington, D.C.,” he said. “I don’t believe we ever lost a major battle.

“I wish it would have came out different, but I have no malice against any people of Vietnam,” he said.

Charlie and Carol Sichmeller. Charlie was honored with a Hometown Hero award.