Become a Member
Read Today's E-edition
Share This
As he allegedly built an illegal vaping business, Tyler Huffhines documented his work on social media
0 Comments
Share this
1 of 3 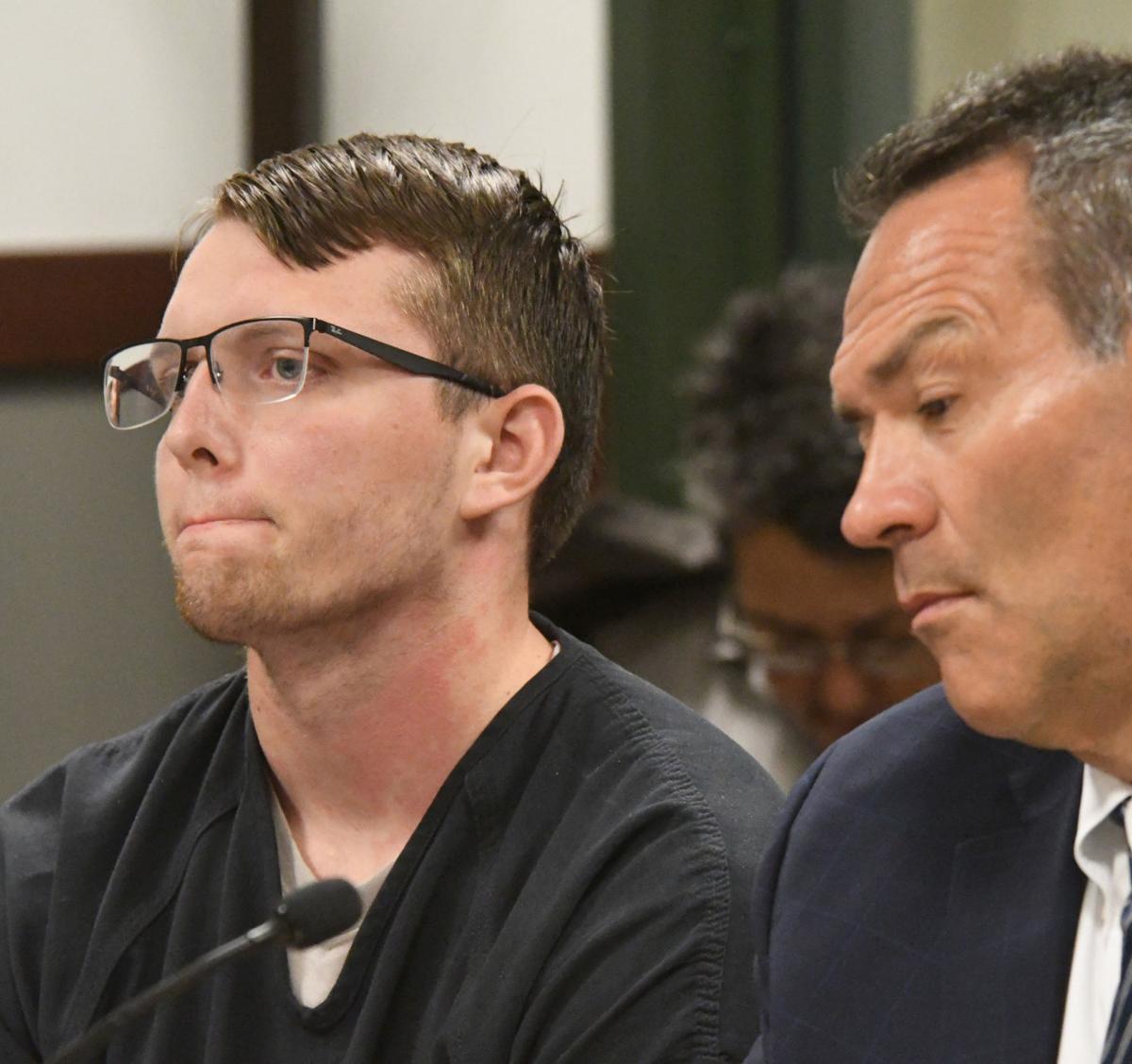 Tyler Huffhines is shown during a court appearance in September 2019. Nearly two years after he was arrested on drug charges, Huffhines posted bond Thursday night and returned home to await trial. 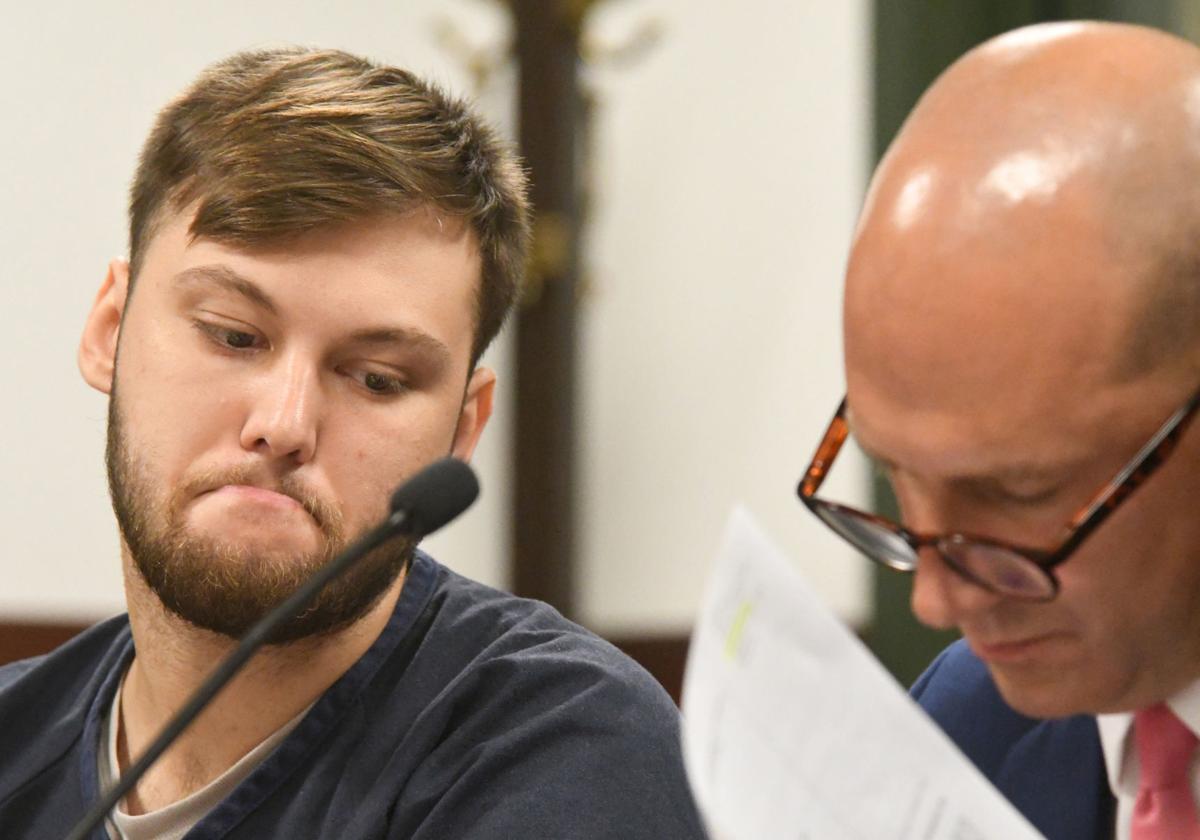 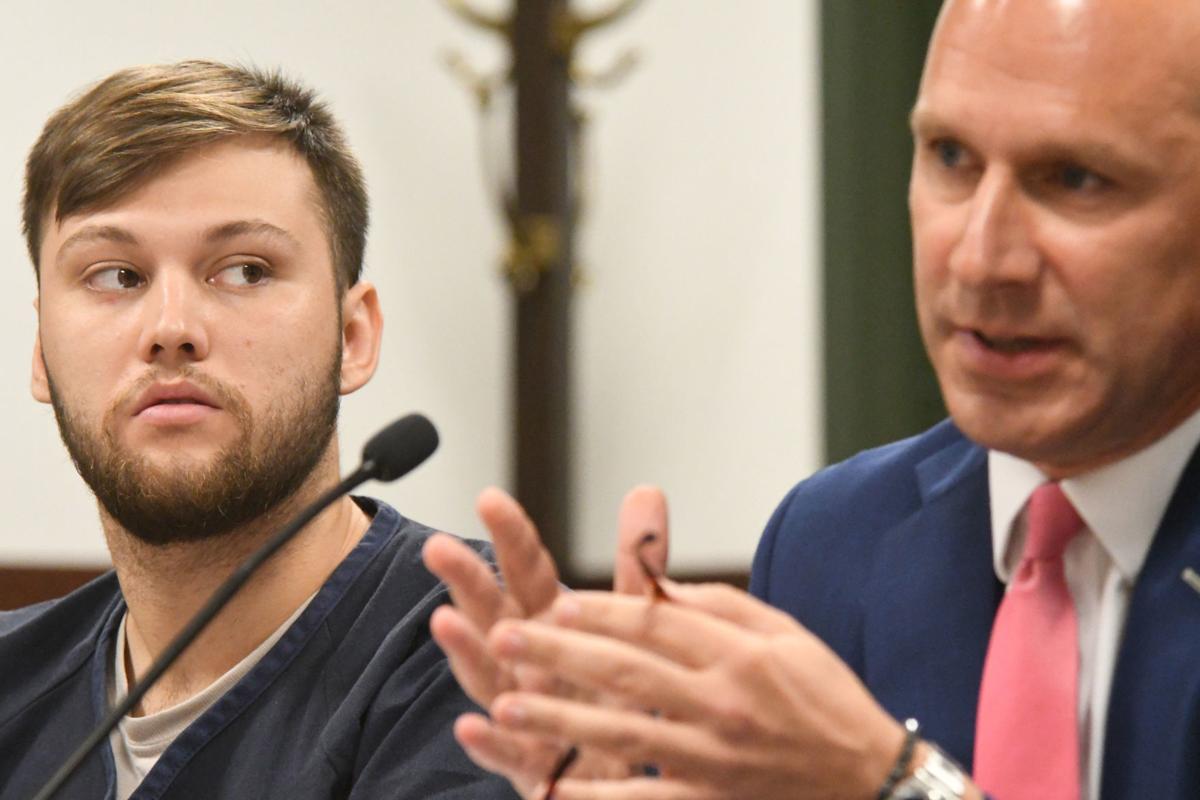 On Labor Day weekend, Tyler Huffhines loaded a suitcase with $300,000 in cash and climbed aboard a plane to California.

What he did not know, as he posted a video of his first-class seats on Snapchat, was that investigators were already monitoring his social media.

When Huffhines got on the plane, detectives had already been watching Tyler Huffhines’ home in Paddock Lake and the condominium he rented in Bristol. They had also followed him as he drove between the two residences in his luxury cars, and watched one day as he stepped out of his Lexus to hand over a package to a man in what investigators say was a drug sale.

Huffhines and his brother, Jacob Huffhines, are alleged to have flown to California on Labor Day weekend, with Tyler Huffhines aiming to buy 40 to 50 jars of THC oil for an illegal vape manufacturing business.

According to criminal complaints filed against the Huffhines brothers Monday, detectives who had been watching the home and talking to informants already knew his plans.

A detective from the Waukesha Police Department had been monitoring a social media Snapchat account tied to Tyler Huffhines. On the day the informant said Tyler Huffhines would be going on his trip to buy TCH oil, “Detective Rowe was able to observe Tyler’s Snapchat and saw that he posted videos of him sitting in first class on the airplane on Aug. 28.”

The same weekend, Tyler Huffhines had posted photos of himself in California.

A few days later, of Sept. 5, the Huffhines brothers were arrested after investigators served a warrant on their family home at 24622 74th St., in Paddock Lake, and at 7937 Williamsburg Court in the Bristol Bay subdivision, a condominium Tyler Huffhines rented under a false name from his mother Courtney Huffhines, the real estate agent for the property.

On Monday, Tyler Huffhines, 20, was charged with three counts of possession of THC with intent to deliver over 10,000 grams, along with maintaining a drug trafficking place and identity theft.

“This is a very large criminal enterprise,” said Lesli Boese, deputy district attorney of Waukesha County. Boese is acting as a special prosecutor on the case, which originated with an investigation in Waukesha. She said the thousands of vape cartridges and 57 mason jars filled with THC oil found during the execution of the search warrants “is just taking a snapshot of one day,” saying that, by her calculations based on the investigation, the business could have been generating “$2.2 to $2.5 million” in revenue.

Boese said that the cartridges and other material found at the condo are being tested to see if they can be tied to vaping-related lung illnesses that have been reported around the Milwaukee area and around the country. According to the Centers for Disease Control, about 450 people have been affected by the condition and six have died. Many of the people who have been affected have reported buying THC vaping cartridges illegally.

Mark Richards, Tyler Huffhines’s defense attorney, said in court Monday that there is no evidence tying his client to the illnesses. “There have been no deaths in Wisconsin,” Richards said, calling the statements that the vape cartridges could be tied to illnesses and deaths “hysteria.”

“The bond is supposed to reflect the crime,” Richards said, calling the $500,000 bond set in the case outrageous and prosecutors estimates of the “supposed street value” of the drugs found inflated. “A cart goes for about $9 on the street,” Richards said.

After his arrest, Tyler Huffhines told investigators he began selling THC vape cartridges in January 2018. He told detectives “the reason he remembered that day was because he took a picture of it on Instagram,” according to the complaint.

At first he purchased prepackaged THC vape cartridges manufactured in California, where marijuana sales are legal, purchasing and then selling 100 cartridges at a time, according to the complaint. Later, looking to increase his profits, he started manufacturing them himself, purchasing the oil, empty cartridges and packing material separately and hiring 10 people to make them.

“You invest more, you make more; no risk, no reward,” Huffhines told investigators after his arrest, according to the complaint.

“He stated that he originally paid his workers … $20 per hour to fill THC cartridges for him but found out that by changing it to 30 cents per cartridge the people would work harder so their productivity went up and he saved even more money,” the complaint states. “Tyler stated that he would stop in the condo maybe once a day to say ‘hi’ to the workers and then to also pay them.”

Boese said Jacob Huffhines, who was on probation for dealing cocaine, told investigators he knew about his brother’s operation and that he traveled with him to California to buy the THC oil. Boese said the investigation into the operation is continuing and more charges could be filed against Jacob Huffhines.

The most serious charge against Jacob Huffhines is possession of a firearm by a felon. Convicted felons in Wisconsin are banned from ever owning, possessing or handling firearms. When police searched the Huffhines’ home in Paddock Lake, they found a loaded AR-15-style rifle in Jacob Huffhines’ bedroom, along with a small amount of cocaine, Xanax and marijuana.

Boese said, if convicted of having the gun in his possession, Jacob Huffhines faces a mandatory prison sentence of at least four years. She said his probation agent is also moving to revoke his probation for his previous drug dealing conviction.

Investigators also found additional weapons in the home, including a loaded .12-gauge pump action shotgun in Tyler Huffhines’ bedroom. According to the criminal complaint, an informant working with investigators told them Tyler Huffhines “carries a Springfield XD semi-automatic pistol with him at all times.” The pistol was found in one of several cars — a Lincoln, a Lexus and a BMW — believed to be used by Tyler Huffhines.

Additional weapons were found in the Paddock Lake home, which a defense attorney said belonged to the brothers’ grandfather.

Investigators also found marijuana in the garage of the Huffhines’ home, and paraphernalia associated with drug sales, including a vacuum sealer system, glass pipes, a digital scale and vape cartridges.

In court Monday, Boese said there are conflicting statements about whether Courtney Huffhines knew about the drug operation at the Bristol condo. “In terms of her knowledge of the enterprise, that is something we are still investigating,” Boese said, asking that Tyler Huffhines not be allowed to have contact with his mother.

The brothers are next expected to appear in court Sept. 26.

Here are the crime stories published online and in the print product of the Kenosha News between Sept. 9 and Sept. 16, 2019.

Here are the stories that garnered the most attention on the Kenosha News' website Sept. 17, 2019.

Tyler Huffhines is shown during a court appearance in September 2019. Nearly two years after he was arrested on drug charges, Huffhines posted bond Thursday night and returned home to await trial. 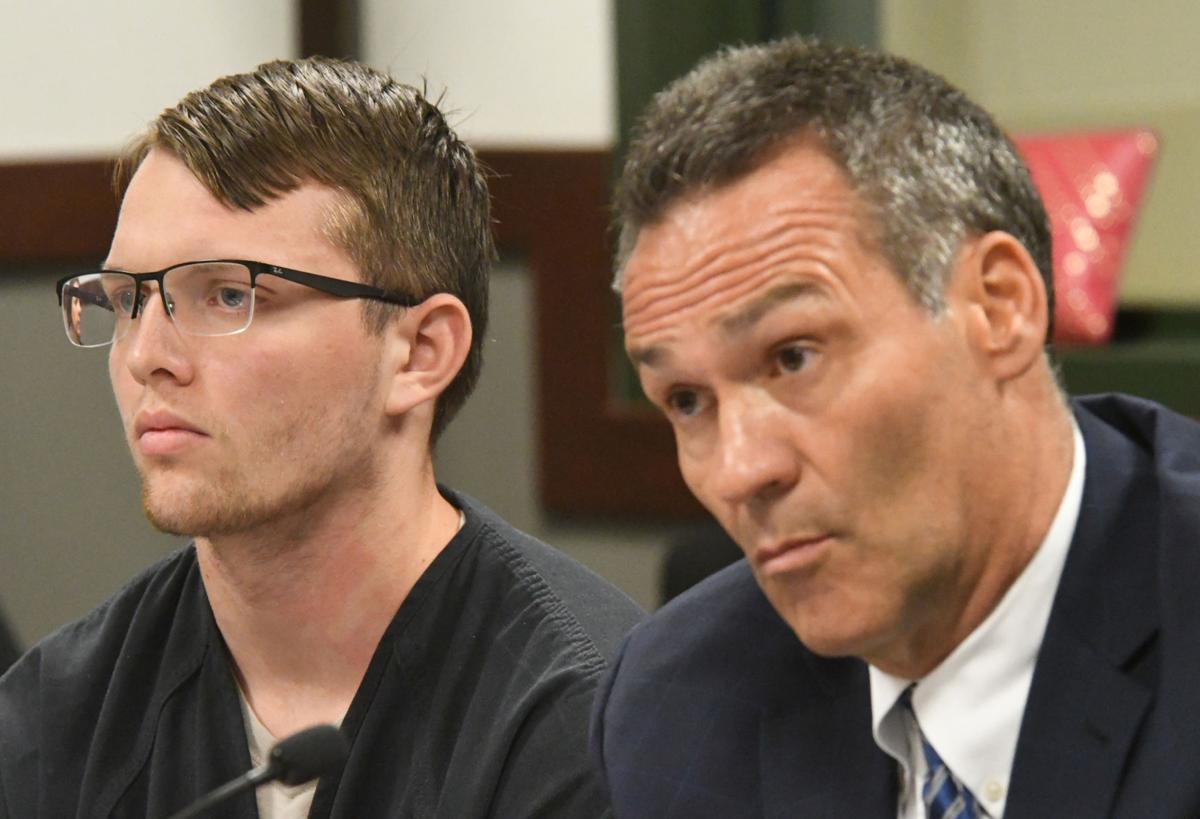 TylerHuffhines, left, appears in court with his defense attorney, Mark Richards, right, in this photo from September.