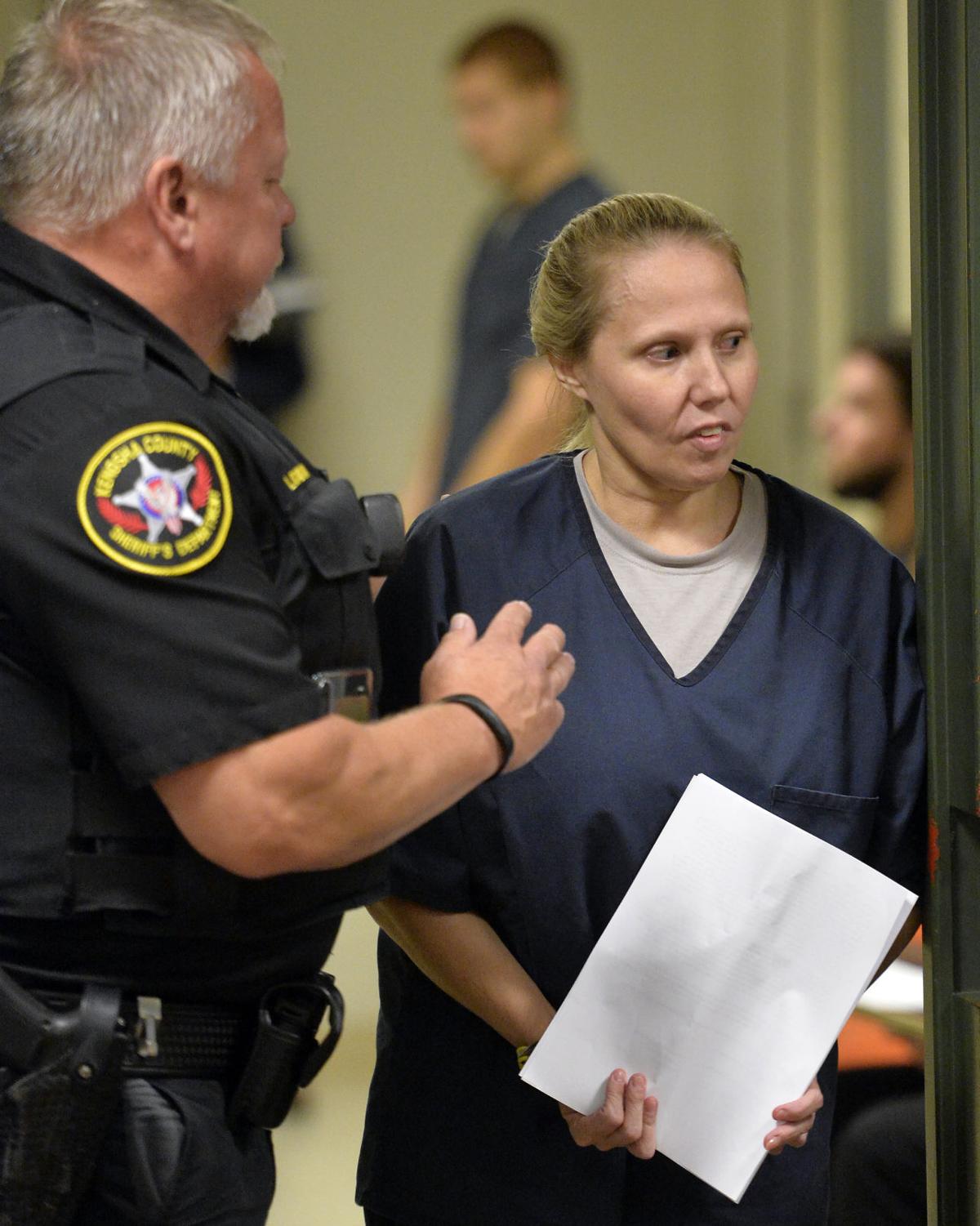 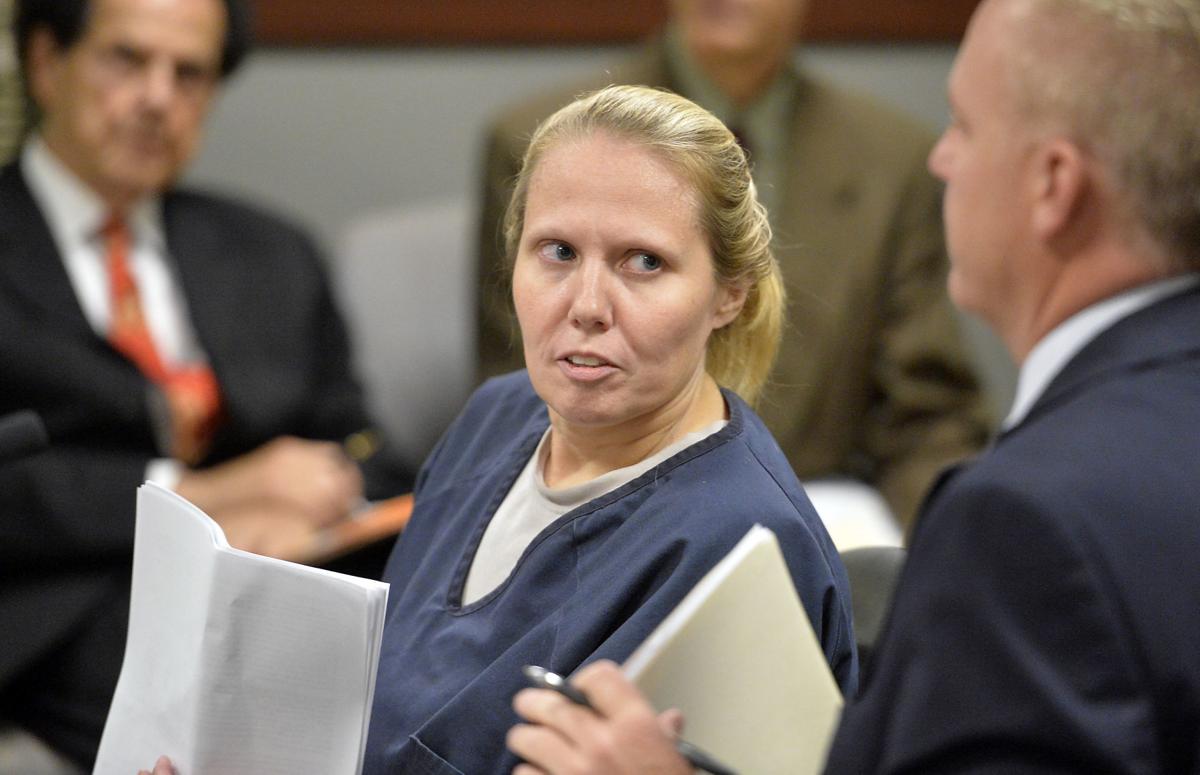 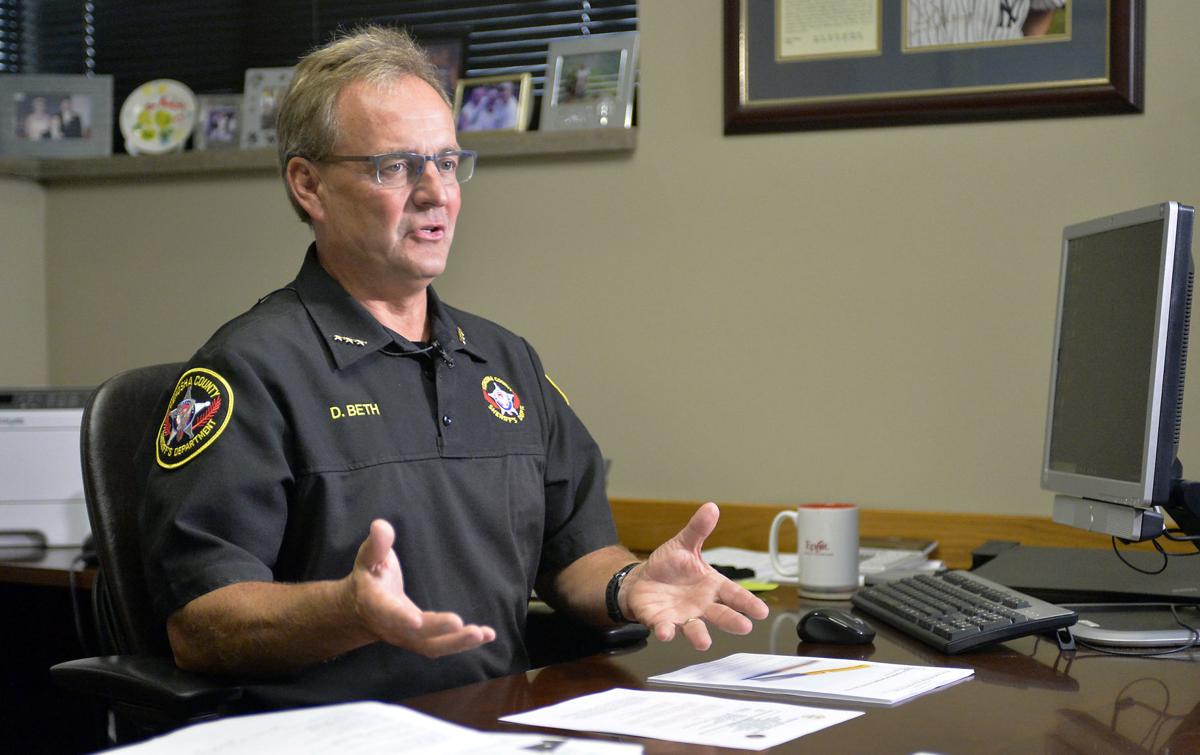 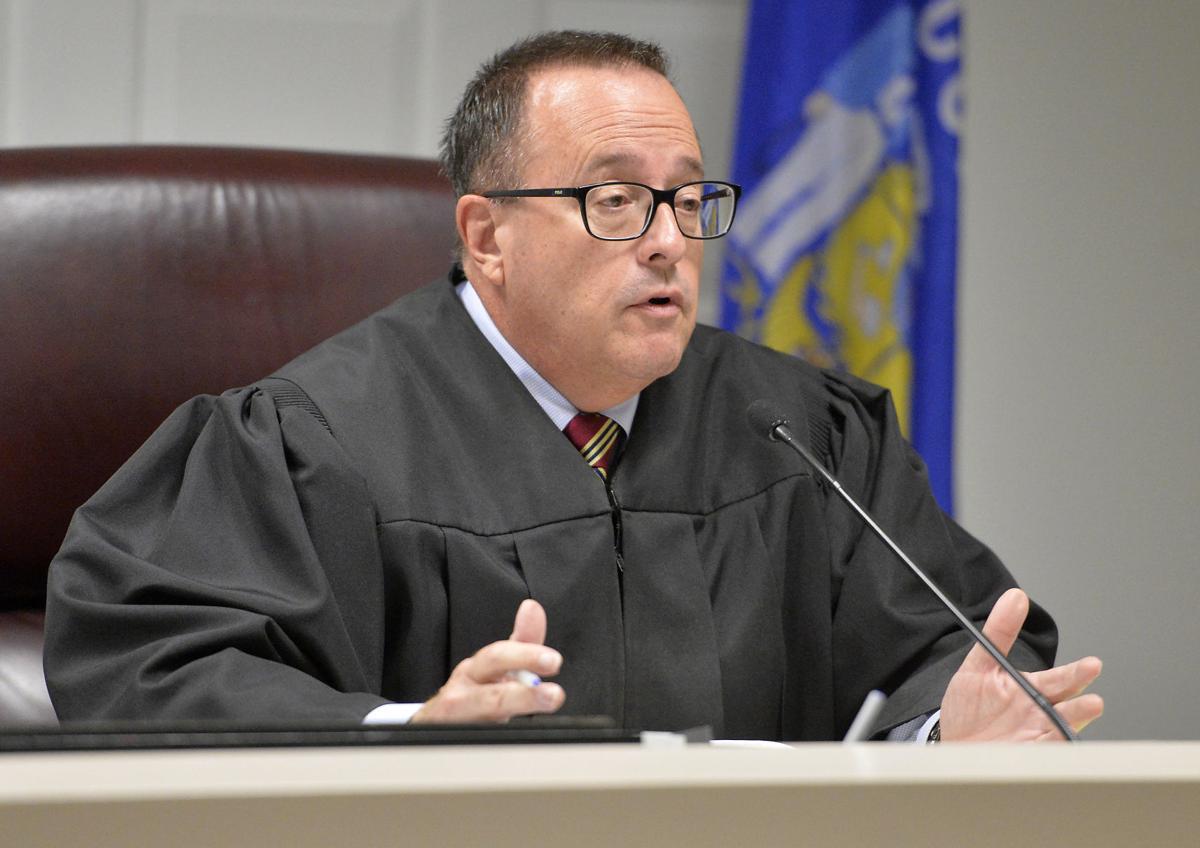 “He said, ‘We hit the jackpot,’” Beth said. “In the backroom of (the real estate office), when the drug unit went into it, they found it was basically a lab similar to the one that was in the village of Bristol condo.”

Courtney Huffhines — the mother of 23-year-old Jacob and 20-year-old Tyler Huffhines — was charged Tuesday with six felonies connected with the same THC vape manufacturing business that led to her sons’ arrests in early September.

According to the criminal complaint filed Tuesday, Courtney Huffhines, a 43-year-old real estate agent from Paddock Lake, is alleged to be directly involved in the vape manufacturing business, including allowing the vape cartridges to be manufactured at her Realty Executives office, 1023 Main St., Union Grove.

She also allegedly helped arrange the lease of a Bristol condominium where the vape operation moved after leaving her office.

The criminal complaint states two different former “employees” of the vape manufacturing business told investigators they manufactured THC vape cartridges in the back room of Courtney Huffhines’ real estate office for two to four weeks beginning in July. The informants said the mother was aware of the operation, and sometimes came into the room while vapes were being filled.

The informants said the manufacturing business was moved briefly to another location, then to the Bristol condo.

According to the complaint, Courtney Huffhines was the agent for the Bristol condominium, acting as the rental agent for the owner. That owner told police that Courtney told her that the renter “was a mentor of Tyler.”

The owner said she never met the renter and was simply presented with a signed lease, and that she turned over the keys to Courtney.

Investigators discovered that the lease used the name and Social Security number of a man who had never met the Huffhineses; police believe his identity was stolen and sold.

The complaint outlines text message conversations between Courtney, Tyler and Jacob obtained by investigators. In those text message exchanges, she appears to reference the vape business and the condominium.

“Can someone also please sweep up the coffee and put the scales in the garage away?” Courtney texted her sons, according to the complaint. “I just had Jamie say, ‘I thought you don’t let your kids sell drugs.’ I said, ‘I don’t.’ He said, ‘There are scales just sitting out.’”

In a text message exchange on Aug. 28, Courtney shares an new article warning people becoming ill and dying due to vaping.

“This is not a joke. They have huge warnings out,” she stated, according to the complaint. “It is all vape and e-devices. So might need to look into another business.”

On Tuesday, prosecutor Lesli Boese said a sample of the THC oil and materials found at the Bristol condominium have been sent to the Food and Drug Administration for testing to study whether if could be associated with vape-related lung disorders and deaths.

The FDA and the Centers for Disease Control and Prevention are studying the illnesses, which may to be linked to the use of black-market THC vape cartridges, possibly to additives used in THC oil.

More than 850 people have become seriously ill and 14 people have died from what are believed to be vaping-related illnesses. The majority of those affected were using THC vapes, according to the CDC.

Courtney Huffhines’ defense attorney Robert Keller said his client is a lifelong resident of Kenosha County and a longtime real estate agent with no criminal history. He asked that her bond be set at $10,000.

Keller said Courtney Huffhines was first taken into custody shortly after her sons were arrested.

“They asked her to answer questions. She declined and they released her,” Keller said, saying her actions and ties to the community show she is not a flight risk.

However, Boese sought a higher bond, saying there are indications that the Huffhineses have hidden cash.

She said police received information that Tyler Huffhines hid money at his grandparents’ home before his arrest. She said police served a warrant on that home and that the grandparents “confirmed that he did bring a lock box to their home, but had later retrieved it.”

She said the grandparents did not know what was in the lock box, and police do not know where it is.

Beth said the Huffhines family is well-known in western Kenosha County, and that the family presented themselves as wealthy and successful.

On her social media accounts, Courtney Huffhines regularly posted photos of herself and her sons on vacation, volunteering in the community, and often shares bible verses or motivational sayings.

“The Huffhines family has always been considered a family of privilege,” Beth said. “I’ve been told that Courtney Huffhines on her Facebook page has shown her many vacations. We’ve come to find out that, at least through the state of Wisconsin, she feels that she is on the low income scale and she actually has Wisconsin Quest (food stamps) card, so we find that to be very interesting, the different lives that she lives.”

According to Boese, she faces up to 58 years in prison.

Courtney Huffhines is next expected in court for a preliminary hearing Oct. 11. 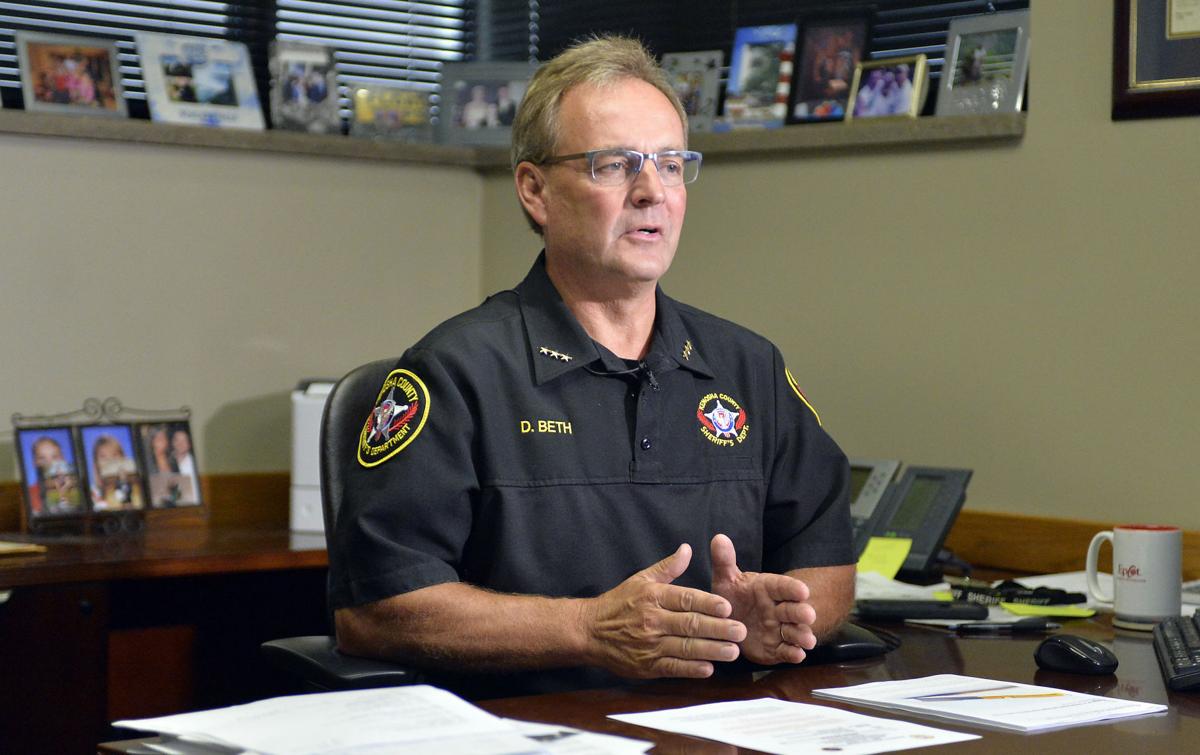 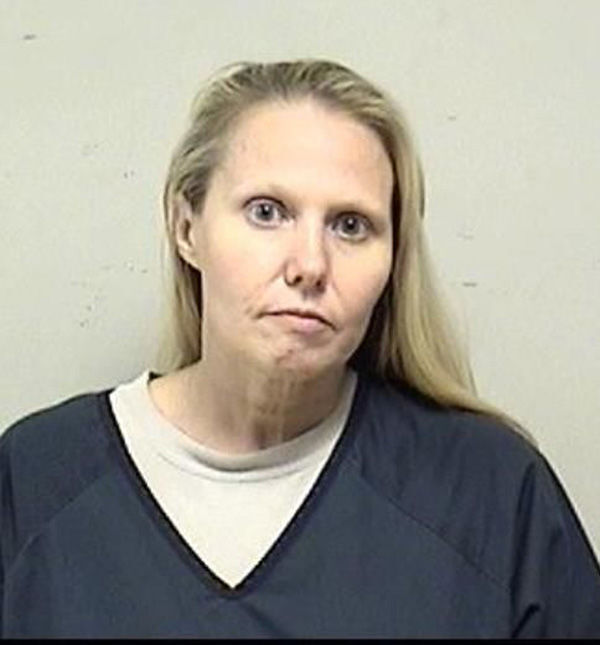