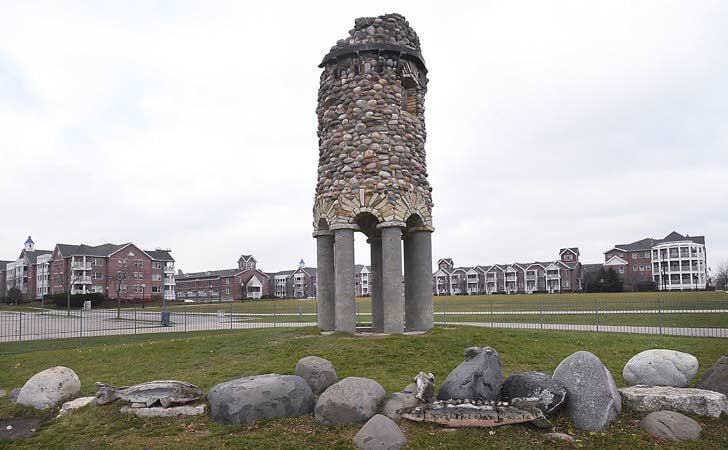 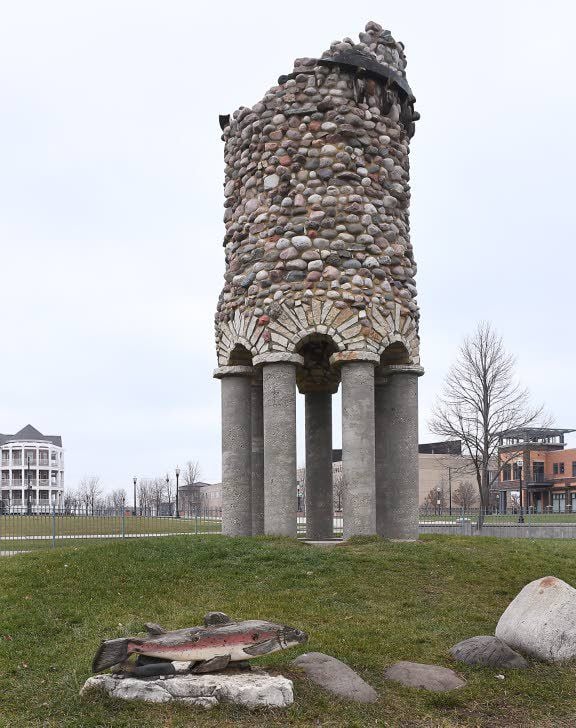 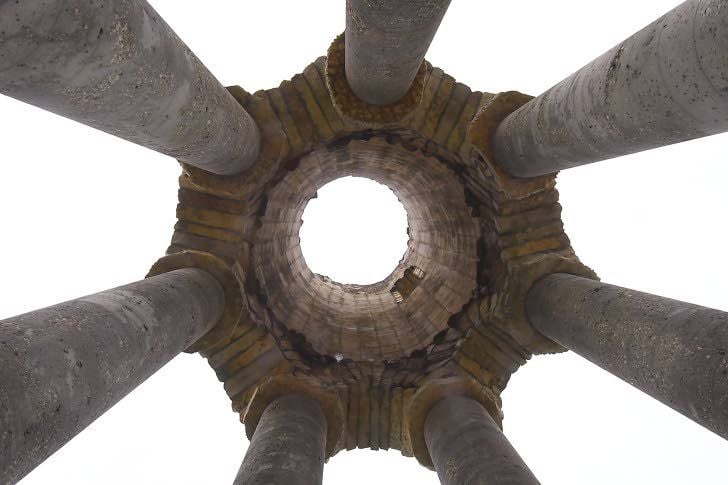 Bowfin Ruin at Southport Marina viewed from the bottom up. 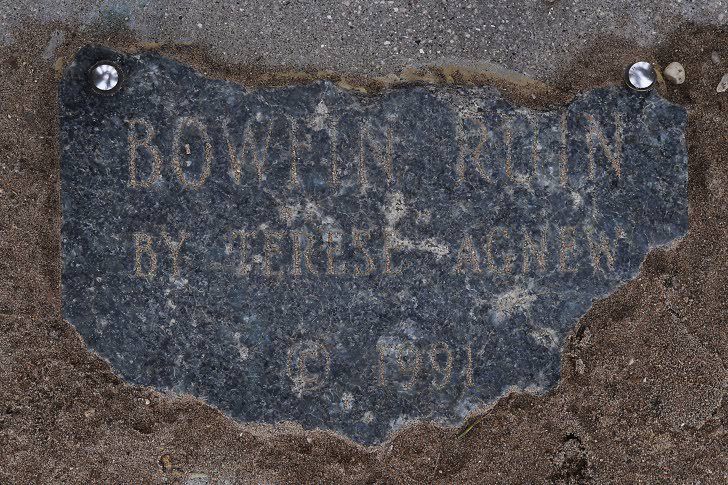 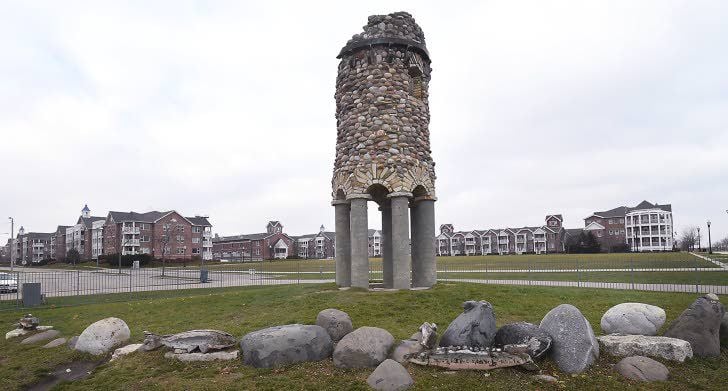 Reader Guida Brown tossed us this Curious Kenosha inquiry: “What is the Bowfin Ruin? Is it art? A smokestack from a historic building? Why is it called Bowfin Ruin”?

Bowfin Ruin is a sculpture created in 1991 by Wisconsin artist Terese Agnew and installed when the graders were still leveling the former Chrysler plant grounds in the HarborPark area.

As the Southport Marina was being improved with a restroom-shower building and parking lot, the Tot Park was built nearby with a $100,000 donation from the Kenosha Rotary Club.

Bowfin Ruin was one of the first structures to rise from the ruins of the factory.

While the city parks department has specifications on the tower, Jeff Warnock, city parks director, doesn’t have anything in the file cabinets on the history of the artwork.

“Everything we have is on the development of the Southport Marina,” Warnock said.

Agnew, a Milwaukee resident, is a sculptor and textile artist probably best known for her “Portrait of a Textile Worker” (2005), which was originally exhibited at the Sharon Lynne Wilson Center for the Arts in Brookfield.

According to the Museum of Wisconsin Art website, it was later acquired by the Museum of Arts and Design in New York for its permanent collection.

Agnew’s quilts are found in the collections of the Smithsonian American Art Museum, the Milwaukee Art Museum and elsewhere. Before Bowfin Ruin, she created The Dragon Project (1985), a huge fiberglass sculpture temporarily installed on a historic water tower in Milwaukee.

In 1995, she collaborated with Mary Zebell on The Wisconsin Workers Memorial, a permanent sculptural installation at Milwaukee’s Zeidler Union Square.

The Kenosha News will continue to look into this question, trying to get a more satisfying answer.

Are you curious?What do you wonder about the Kenosha area, its people and culture? With Curious Kenosha, we’re looking into the questions that matter to you. Visit www.kenoshanews.com/curiouskenosha to submit your question, read what others have submitted and — when voting rounds are taking place — have your say on which one we answer next.

Vote for the Curious Kenosha investigation you want next

Curious Kenosha: Why did we need a referendum for athletic facilities?

An anonymous Curious Kenosha visitor asks: “If there was $4.3 million surplus in the school budget, why did us taxpayers have to vote and fund…

Is there a train at the bottom of Silver Lake?

An anonymous Curious Kenosha visitor asked us this question: “I’ve heard there was a train that you use to go across Silver Lake during the wi…

Curious Kenosha: Why do buildings stay empty so long?

As development and redevelopment proceed at a steady pace, questions often arise about how existing buildings in Kenosha can remain vacant or …

Often a maturing community is faced with an influx of new faces. With them come new thoughts, ideas, cultures and ways of doing things.

Pizza. Kenosha. If they make it, we will eat it.

A curious Kenosha News reader had a thought about coffee:

A door unexpectedly slams shut, papers fly off a desk, something seems to whisper in your ear, the lights flicker on and off. Do you blame gho…

Leaves aren’t the only things falling from trees these days.

Curious Kenosha: How did Petrifying Springs get its name?

One of the first questions to come in for Curious Kenosha was from Mary Beth Drechsler, who wanted to know the history of Petrifying Springs C…

Nearly a year ago, the Kenosha News reported the illegal dumping of tires behind the HobNob restaurant in Somers.

US Houses Are Pricier Than Ever. But Will it Last?

US Houses Are Pricier Than Ever. But Will it Last?

Jeff Knott talks about his journey from HALO resident to employee

Jeff Knott talks about his journey from HALO resident to employee

Bowfin Ruin at Southport Marina viewed from the bottom up.