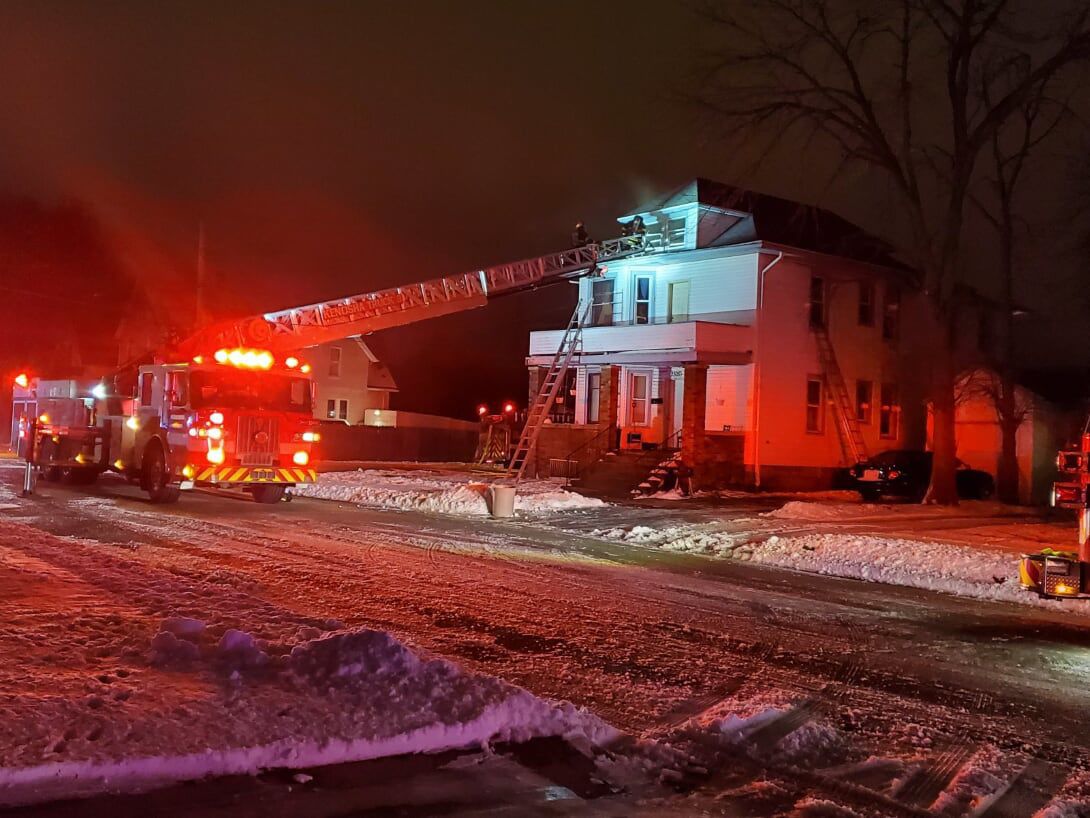 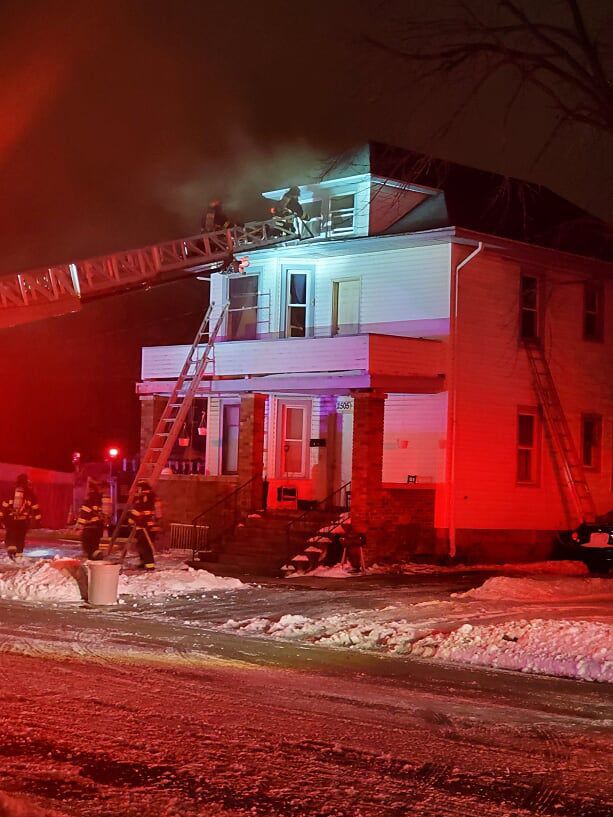 Roberta Bunch huddled with her two children, True and Treona, in the middle of a snow-packed 53rd Street Monday night, the pavement covered in a slush that was beginning to turn to ice beneath her socks.

The three had hurried out of their smoke-filled home, one of four units inside a duplex at 2505 53rd St., waiting for firefighters to arrive. Shortly before 9:15 p.m., they found fire and smoke coming from the top floor of the residence.

With a ladder that reached the third floor, firefighters knocked out a window as residents watched more smoke pour out. Firefighters then pushed a charred mattress through the window that fell squarely onto the wet and icy ground.

After waiting outside about 15 to 20 minutes, the family gathered as a fire department division chief quietly apprised them of the damage and gave them information about housing options with the American Red Cross. They couldn’t stay in the home.

Later, Battalion Chief Ken Schroeder said three other units in the duplex had been occupied at the time of the fire and “everyone got out.”

“We had no report of any injuries or any need for medical treatment,” he said.

Schroeder said Monday night the cause was undetermined.

“We don’t have (information) on how it started yet. We were called for a structure fire with smoke showing on the third floor,” he said.

Firefighters discovered the fire in a third-floor bedroom and extinguished it.

“It’s significant damage to the third floor. The building’s not going to be habitable tonight (Monday),” he said. “We have one person who’s going to require Red Cross (housing) assistance. Everyone else has a place to stay.”

According to Bunch, she was cooking some French toast when the lights started to flicker. She said she told Treona to unplug her computer, and then the power “blew” in the kitchen. She then asked her daughter to look to see whether the lights were still on upstairs.

“She looked, and she saw flames and smoke. It wasn’t that bad when I ran up there. It was where the outlet was. Everything I worked hard for ... an outlet,” she said, on the verge of tears.

“Yeah, it can be replaced. But everything in there, that’s all we had,” said Bunch, who is employed at Mac’s Deli. The family had lived in the duplex for just over a year.

“It’s OK, mom,” True said, touching Bunch’s face. Bunch was still wearing socks when neighbors returned with footwear and a blanket they wrapped around her shoulders.

Christy Mattson, Bunch’s friend, said the family would be staying with them in the wake of the fire.

While the family is working with the Red Cross for other services, it is also in need of clothing and other necessities.

“She’s a wonderful mother, and she had just gotten back on her feet and got her own place to live,” said Mattson.

Judy Hotavis, a neighbor, said in the years she’s lived in the neighborhood she’d never seen a fire there.

“It was scary with all that smoke. At first it came out the top of the roof,” said Hothavis, who had peeked out of her window to see the smoke rising from the home. Lights and sirens blared and the firefighters arrived immediately afterward.

“And, then when they got the windows open, you could really see it billowing out,” she said.