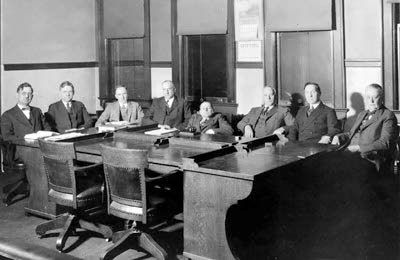 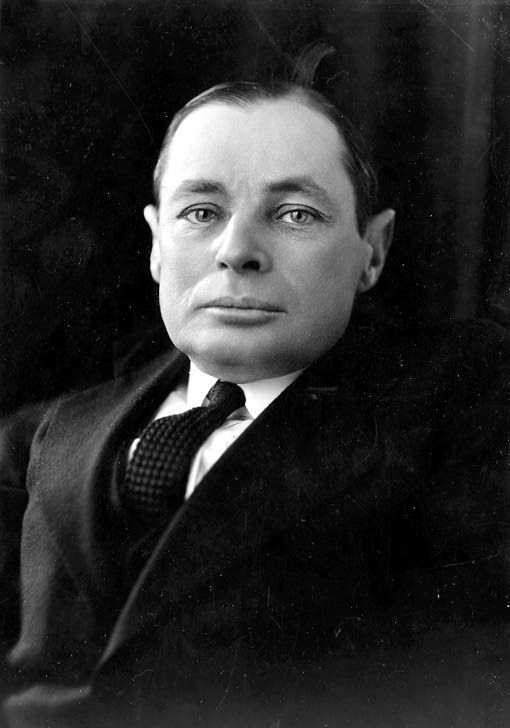 Walter and Gertrude Alford built their mansion on Third Avenue in Allendale, but Walter did not live to see its completion.

Answer: His height. Although there is no historical record of his height, this rare photo of him with the City Council makes it clear that he was short in stature.

His barrel chest, short torso and average-length arms and legs point to a spinal deformity, and he probably had his suits made by a tailor.

This millionaire could afford those tailor-made clothes.

Alford was lured from General Motors Corp. by Charles Nash in the days after Nash purchased Jeffery Motors in 1916. The two had worked together in upper management for GM.

Known as “the little financial wizard” in the business world, Alford was named vice president and controller of the Nash Motor Co. He eventually was a director of the First National Bank of Kenosha and the Brown National Bank.

Walter was first elected to the City Council in 1922, and he served as president of the council for five years. He promoted the 1925 city plan.

Alfords’ generosity well knownHe and his wife Gertrude were philanthropists who donated $1 million to civic organizations and social agencies in Kenosha between 1925 and 1930.

In 1924, he bought up large tracts of lakefront property on Kenosha’s north side, and in 1928 he sold the land without a profit to the city as a park.

Among his many causes was Kenosha’s Orthopedic School, and he was a life member of the Wisconsin Association for the Disabled.

He and Nash were directors of the Chicago and Northwestern Railroad and pushed the railroad to elevate the track after his son Ferrin Alford was killed in a multi-car vs. train accident at the 75th Street and 11th Avenue crossing in December 1928.

The death of their only child weighed heavily on the couple.

Ferrin died a few months after his family began building a Tudor Revival mansion at 6315 Third Ave. for $350,000. It still is one of the most beautiful homes in the city.

Felled by heart ailmentWalter would not live to reside in his mansion.

He had a heart condition, and Gertrude and his boss/friend Charlie Nash were at Walter’s side when he died on Feb. 6, 1930, at the age of 53.

“Walter H. Alford passed away as he lived, with quiet courage and unshakeable fortitude. No man knew him better than I. No man loved him more,” Nash was quoted in a Kenosha News article.

Plans for Alford’s last business transaction were revealed two days before he died with the paperwork completed for the construction of the $300,000 Alford Building downtown.

This week’s mystery: What type of specific-purpose transport vehicles were in sight constantly on Kenosha streets from the 1930s to 1980s?

Two Wendy’s restaurants in Kenosha, as well as three in Racine County, are part of a federal case involving child labor violations.

Mayor outlines major city projects for 2020 and beyond

Midwest CBD's hemp farming from field to capsule and oil

SOMERS — Bryan Andrews has been farming so long he knows the earth, seeds and produce as if they are a part of his DNA.

Walter and Gertrude Alford built their mansion on Third Avenue in Allendale, but Walter did not live to see its completion.