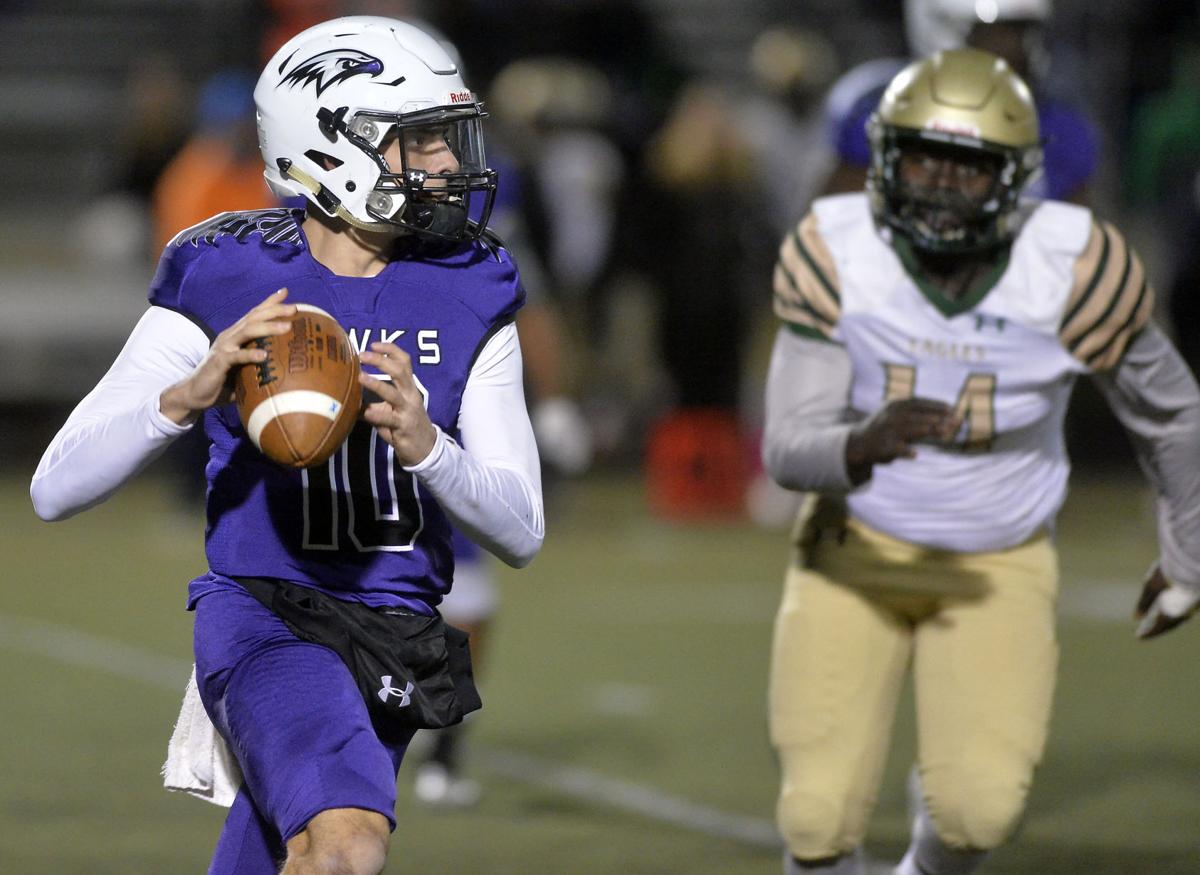 Indian Trail quarterback Argjent Ismaili looks to pass during a WIAA Division-1 first-round playoff win against Racine Case last season. Now a senior, Ismaili is back for his third season under center with the Hawks. 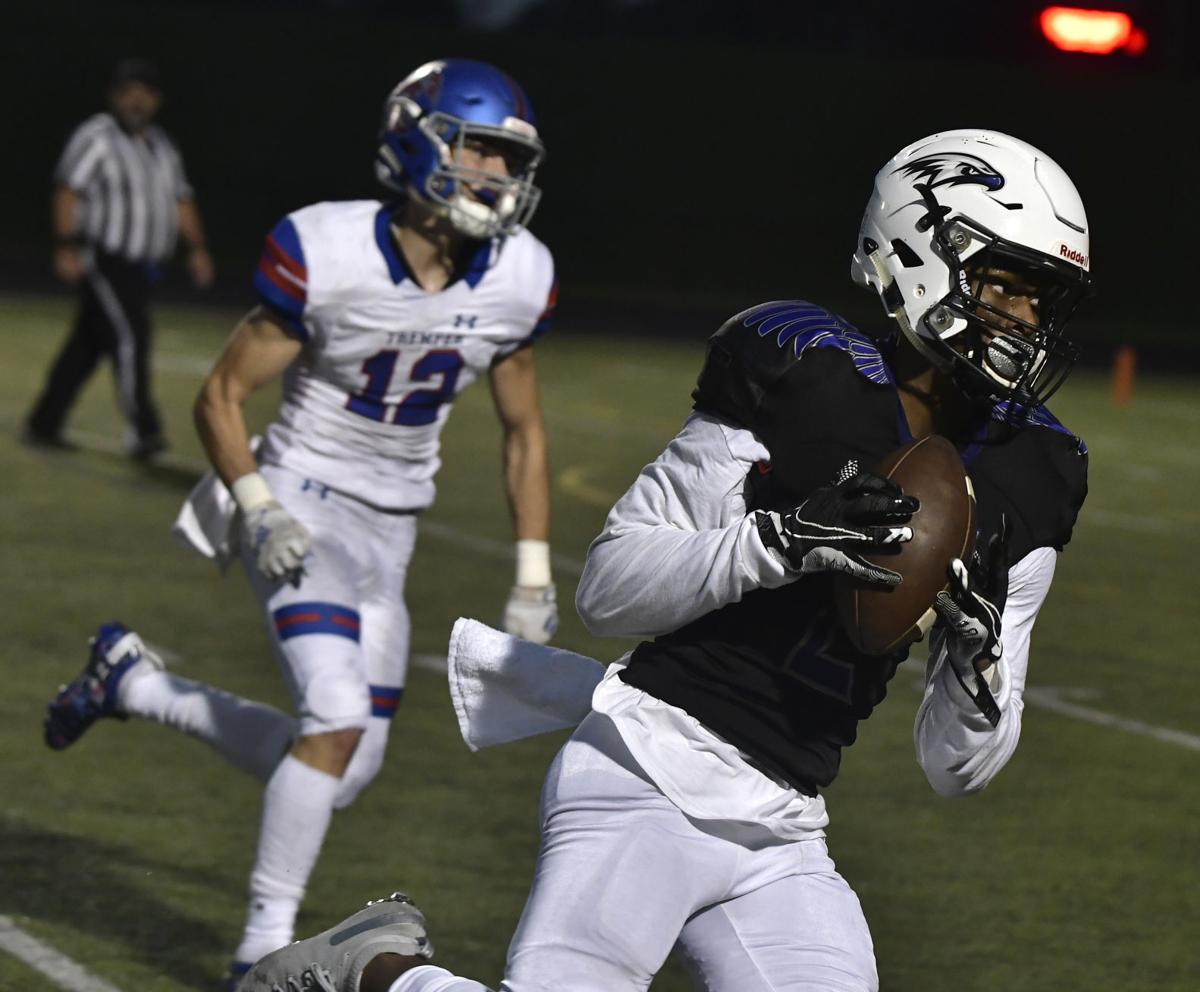 Indian Trail’s Kameron Lee, right, makes a catch and runs to the end zone against Tremper last season. Lee, now a senior, is one of several talented receivers in the Hawks' offense this season.

Every high school football head coach around the state spent the summer checking WIAA updates, desperately hoping for the chance at some type of season.

Indian Trail head coach Paul Hoffman was probably hoping just a little more than everyone else.

What a shame it would’ve been for Hoffman to have this fall pass by without a chance to see what his roster could do, because it’s the type of roster Hoffman has said comes around about every 15 years.

In other words, the Hawks are deep, talented and experienced, and even though it’s a shortened season, they’ll at least get the chance to play, starting with Friday night’s Southeast Conference and season opener against Oak Creek at Jaskwhich Stadium.

“We’ve got some great kids,” Hoffman said, in his fourth season leading Indian Trail. “I’m not even talking about the top-level talent. We’re thick across the board at a lot of different positions. I’m excited. I just want to see these guys get on the field and play ball.”

Has he coached a more athletic group in his years of coaching in different capacities?

“Personally, no,” Hoffman said. “I’d have to go back 15 years to think of it even being close to this. And I wasn’t the head coach. I was just a little sophomore O-line coach. It’s a special, special group. Not just on pure talent, but they work hard. There’s no ego there. Everyone knows we all do our job.”

One simple measure of how deep and talented the Hawks are is how many starters they’re returning on offense. That number is technically 12, one more than is allowed on the field, because talented senior receiver Raymone Jones — who played at the SEC varsity level as a freshman — comes over from Tremper.

Jones, a second-team All-SEC pick with the Trojans last season, joins returning seniors Clayton Bishop and Kameron Lee to make a receiver group that’s an embarrassment of riches at the high school level. Lee, a first-team All-SEC selection last season, led the county with 550 receiving yards in 2019, while Jones was second with 497 and first in receptions with 43.

If all that wasn’t enough, the Hawks will have another weapon at their disposal this season in senior Ezra Stargell, a lightning-quick athlete who’s been a starting point guard in basketball since his freshman year and decided to play football this fall.

Guiding all that offensive talent is a three-year starter at quarterback in strong-armed senior Argjent Ismaili, who as a junior was named second-team All-Conference and threw for a county-best 1,455 yards to go with 13 touchdowns.

A highly intelligent student who’s getting looks from Ivy League programs, Hoffman said Ismaili has command of a passing game that was revamped in the offseason.

Of course, all that talent can’t be utilized if there’s no blocking up front. One of the reasons Franklin — which ended Indian Trail’s season with a 44-7 blowout win in a WIAA Division-1 second-round playoff game last year — has dominated the SEC of late is because the Sabers routinely control the lines.

Kennow was a first-team All-SEC pick last season, Kochersperger was on the second team and Delvale-Vera was honorable mention. Kennow and Kochersperger were also named to the Joe Thomas Award Preseason Watch List for the best senior offensive lineman in the state.

“To win this conference, to have a chance, you’ve got to have a good, big O-line,” Hoffman said. “We’re blessed to have that.”

Running behind them will be the power-speed combo of junior Xavier McWhorter (team-leading 523 rushing yards last season) and sophomore Justice Lovelace, who Hoffman called “a natural talent.”

Defensively, the Hawks bring back seven starters from last season and are deep in the back end with Bishop, junior Stefon Jackson-Mitchell, sophomore Aiden Burrell-Warfield and Jones at safety and juniors Jamar Thompson and Connor Koch — who moves from receiver — at the corners.

Also along the defensive line will be junior Tyrail Beverly, a talented transfer from Georgia.

“He’s something special,” Hoffman said. “Tyrail Beverly is explosive. We could put him just about anywhere, but we’re going to have him on D-line for now.”

With the SEC down to just five teams this season — Indian Trail, Bradford, Tremper, Oak Creek and Franklin — without the three Racine schools playing due to COVID-19 concerns, it’ll be just a four-game slate for the conference.

“I wouldn’t count anybody out,” Hoffman said.

But clearly, on paper, Indian Trail and Franklin are the favorites. Last season the Hawks went 6-1 in the SEC (8-3 overall) to finish second behind Franklin, but they lost handily to the Sabers twice, scoring just seven total points.

The Hawks and Sabers meet in Week 2, next Friday at Franklin, but in this shortest of schedules, every week is a season.

“We’ve got a one-week season, every week,” Hoffman said.

The Wilmot football team will have to put its season back on hold.

On Thursday, Wilmot coach Keiya Square confirmed that the Panthers' Southern Lakes Conference and season opener against Union Grove, scheduled for 7 p.m. Friday at Frank Bucci Field, has been postponed due to concerns over COVID-19 at the school.

The school is going virtual for 14 days, Square confirmed, meaning Wilmot's Week 2 home game against Burlington has also been postponed. But Square is hoping the Panthers will be able to play that one.

The Tremper football team has a bye in Week 1 and does not play Friday. The Trojans' season preview will run in the Kenosha News next week.

Let the games begin. Here are team previews to get you ready

Indian Trail quarterback Argjent Ismaili looks to pass during a WIAA Division-1 first-round playoff win against Racine Case last season. Now a senior, Ismaili is back for his third season under center with the Hawks.

Indian Trail’s Kameron Lee, right, makes a catch and runs to the end zone against Tremper last season. Lee, now a senior, is one of several talented receivers in the Hawks' offense this season. 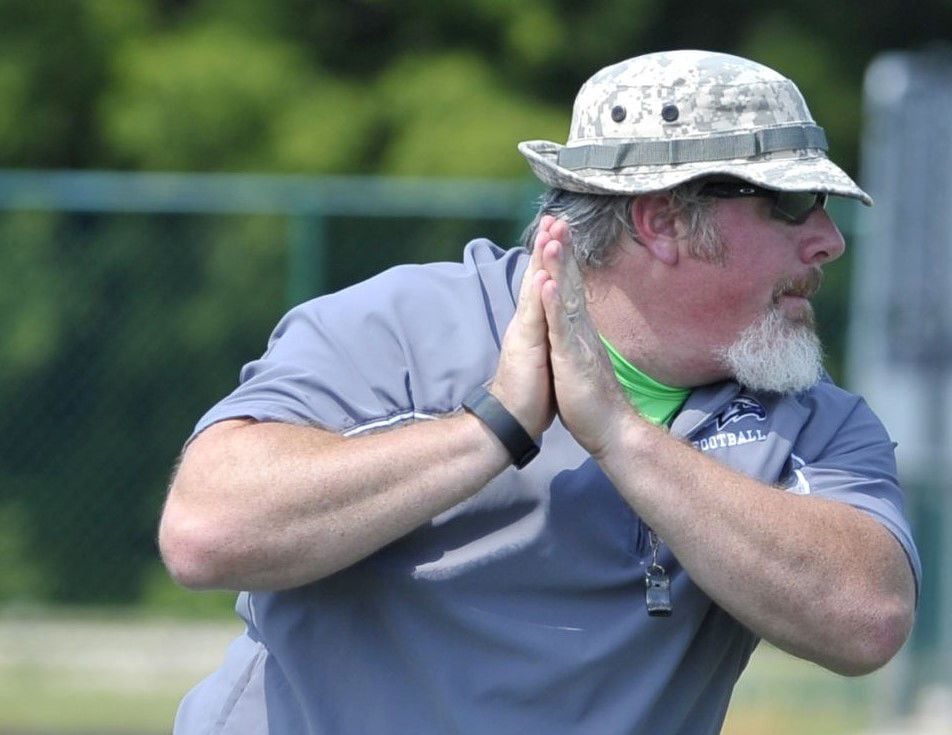