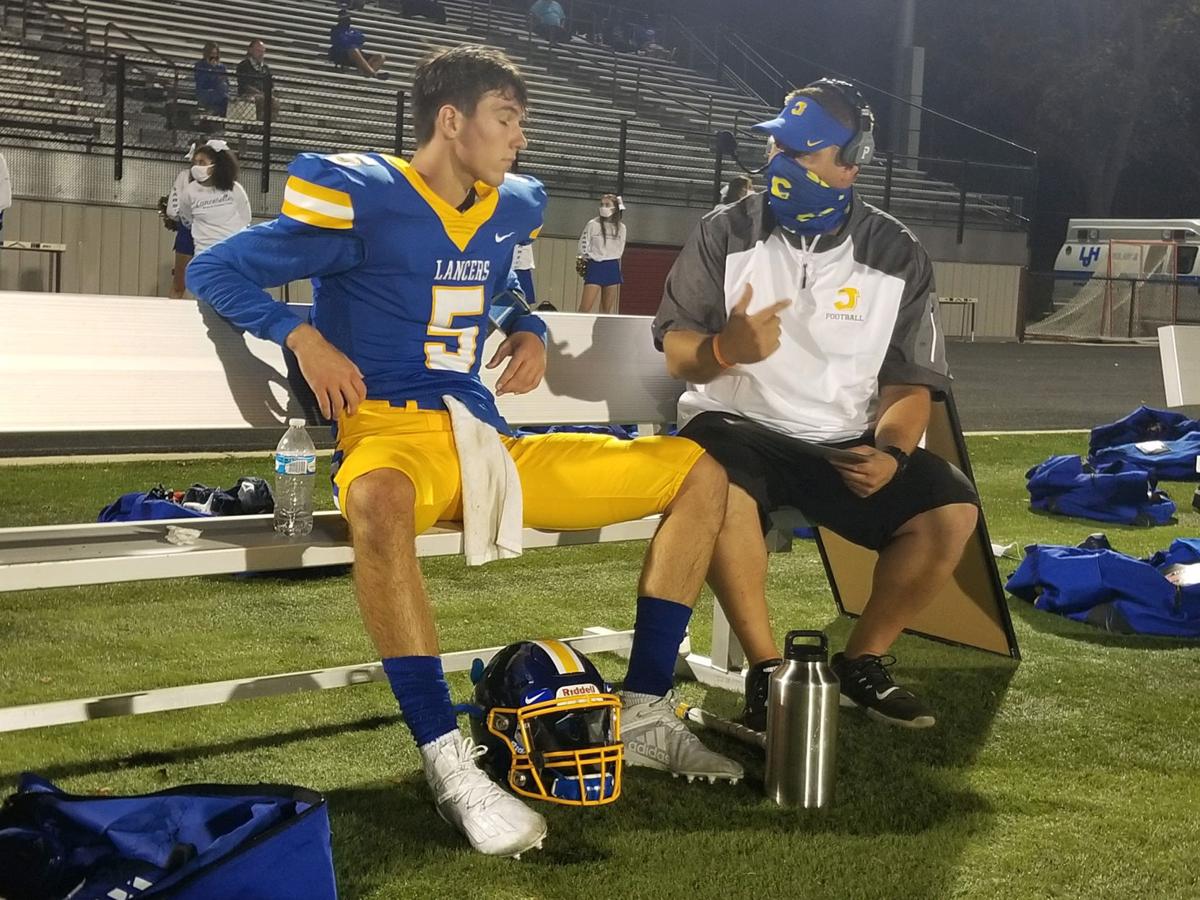 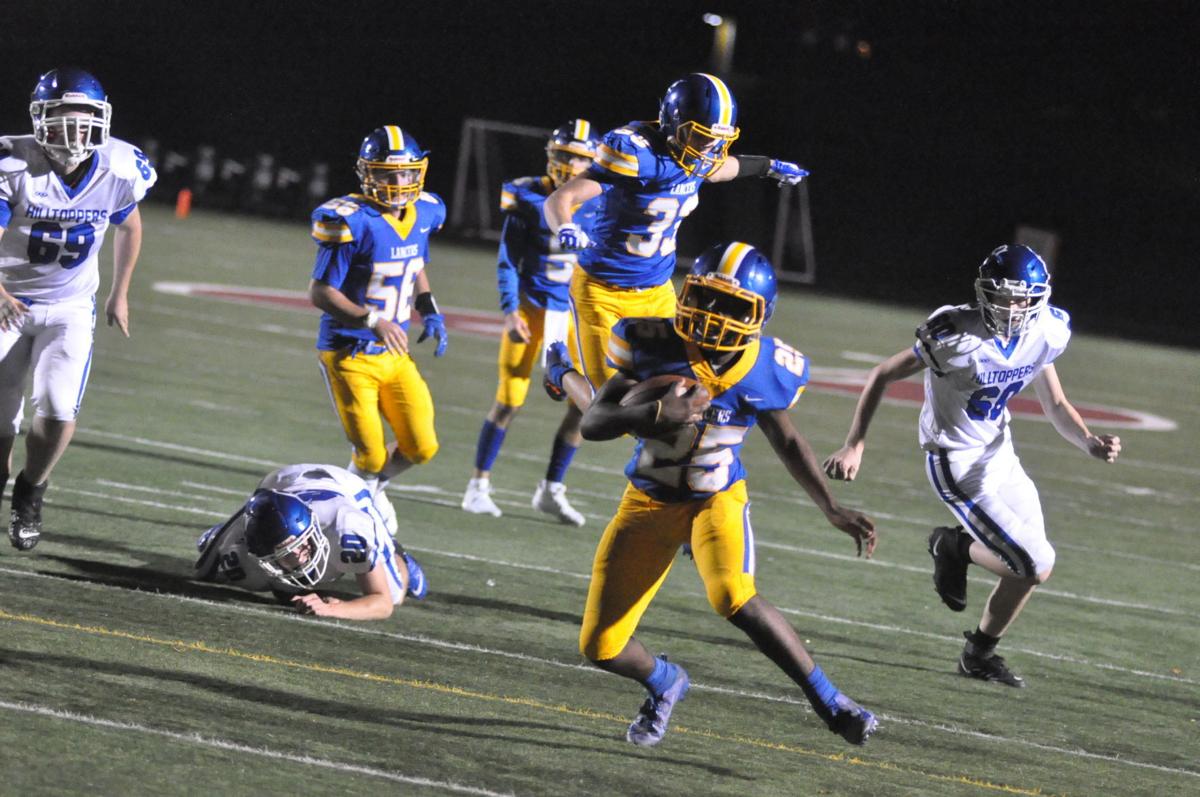 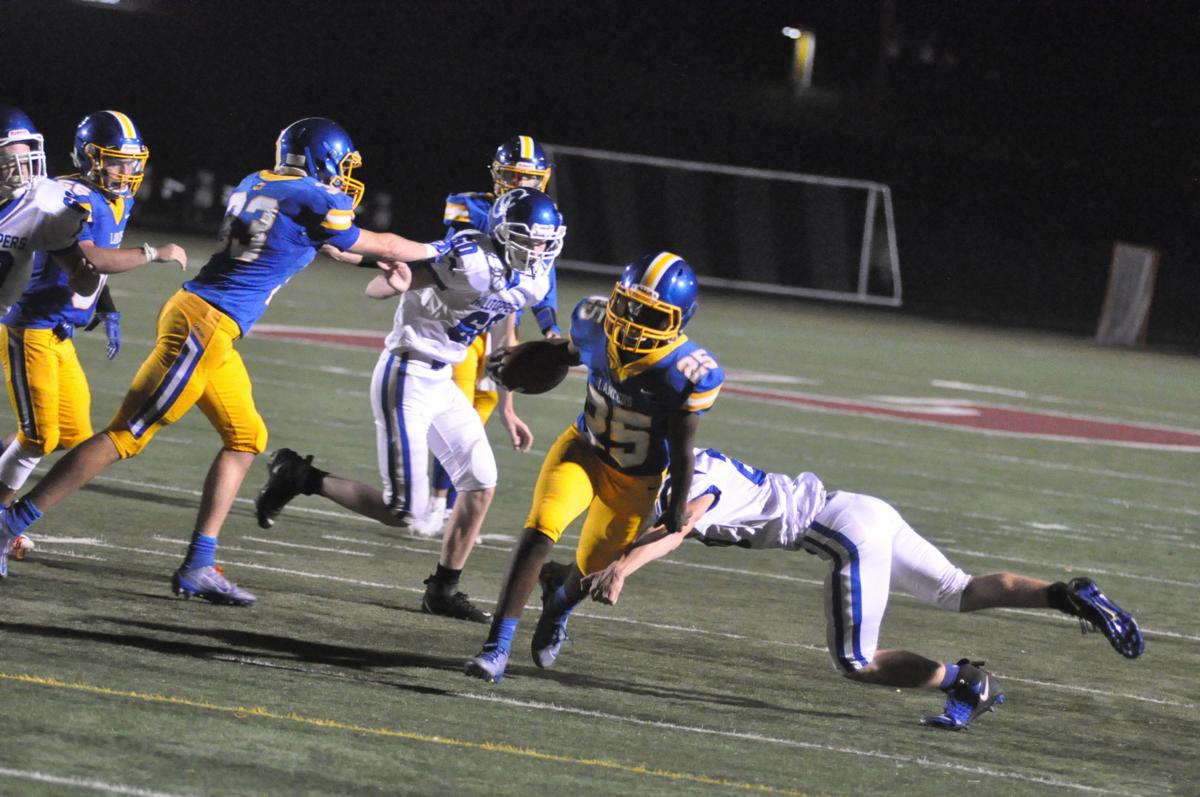 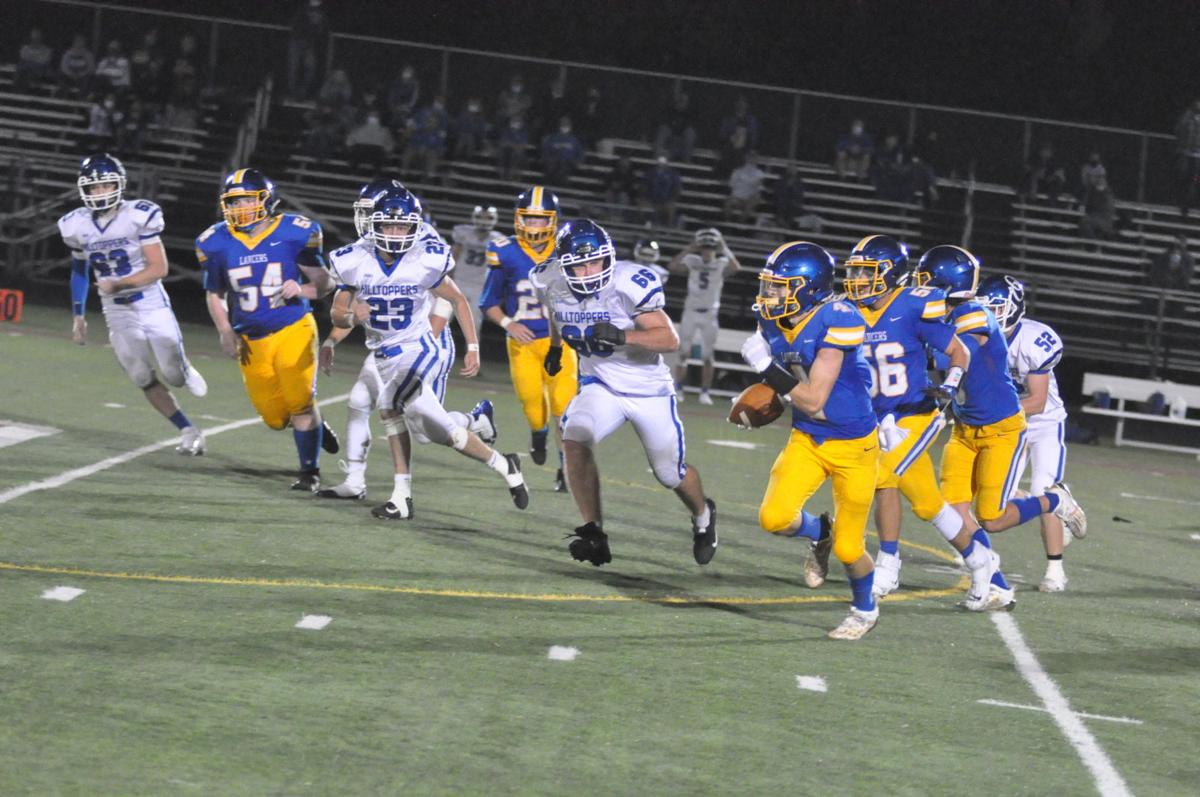 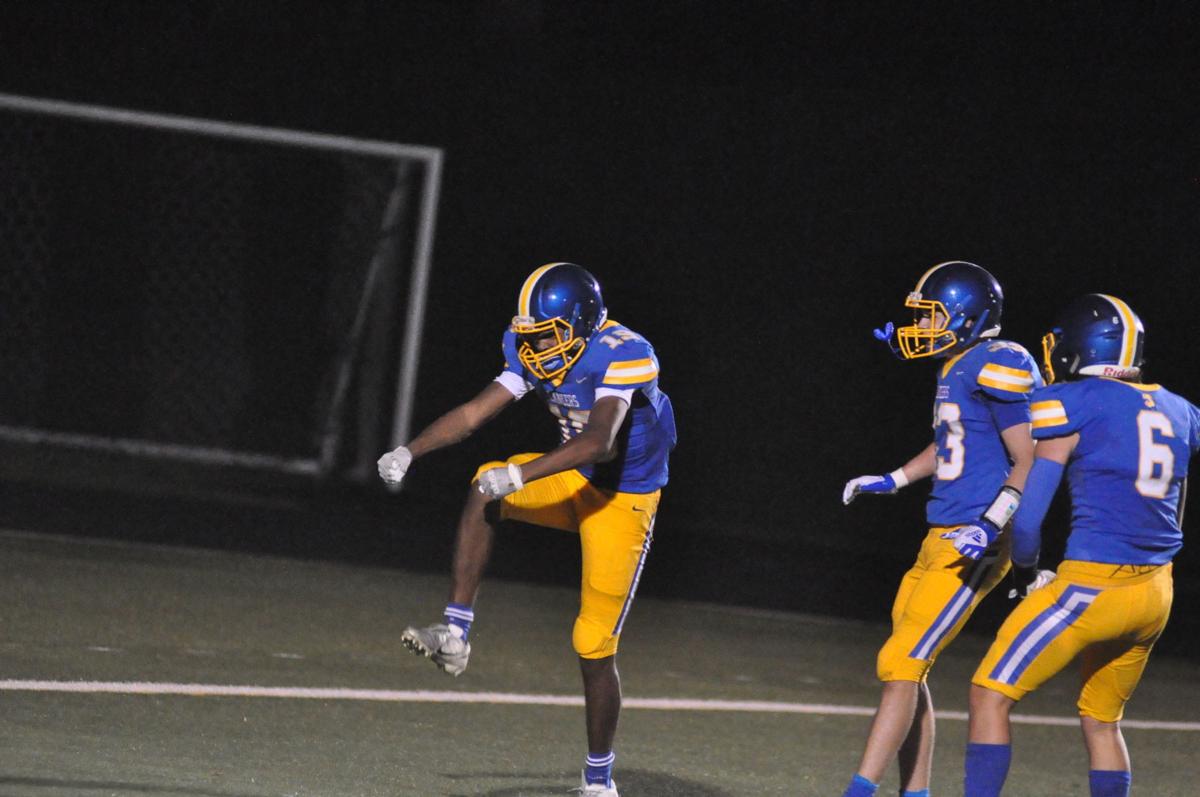 PADDOCK LAKE — While Bradford and Tremper may be the big names in town, St. Joseph has always prided itself on having a strong football program.

Friday night was a landmark in that it was the first time the Lancers would battle Midwest Classic Conference foe Burlington Catholic Central — both moved over from the Metro Classic Conference this offseason — at Central High School.

Approximately 100 people sat in the socially-distanced, dark bleachers and watched the Lancers gain a measure of revenge on the Hilltoppers, who edged St. Joseph in overtime last season.

“You put so much time in it and you care about the kids,” St. Joseph coach Matt Rizzo said. “It’s a new normal, and we’ve heard that a thousand times. The kids play for each other. They’re a tight-knit group, they’re a family, and I’m really proud.”

Ashmus picked apart the Catholic Central defense in the first half, finding six different receivers and leading the Lancers to a 21-0 advantage late in the second quarter. Ashmus finished 14-for-19 for 189 yards and two scores, one to sophomore Peter Stapleton and the other to sophomore Luke Schuler.

“This feels great,” he said. “It’s been a crazy year, but I’m proud of my guys. I’m proud of the coaching staff, and it feels good to get the win.

“I love my guys, and I’d run through a brick wall for them. Tonight, it was a group effort.”

The Hilltoppers got on the board when quarterback Max Robson burst for an 86-yard touchdown late in the first half to cut it to 21-6. In the third quarter, Catholic Central recovered a fumble near midfield and seemed to be in business, but the Hilltoppers fumbled to set up St. Joseph junior Caden Tolefree’s 3-yard touchdown run, which was essentially the dagger.

The Lancers dominated the Hilltoppers in all phases, with 22 first downs to only four and more than twice as many total yards, 298-123.

Rizzo said it was just nice to play some football and get some respite from what’s been a tense vibe lately in Kenosha.

“We realize what’s important, and that’s us sticking together,” Rizzo said. “At St. Joe’s, we don’t care what you look like, how much money you have, where you come from. We all care about each other and we’re centered in Christ.”

“We show respect and accountability. We understand what’s going on, we pray about it. Our kids have stuck together through it all.”

Catholic Central coach Tom Aldrich said it will be important to see how his team improves for the next game.

“First and foremost, we have to do a better job of getting our kids ready to go,” Aldrich said.