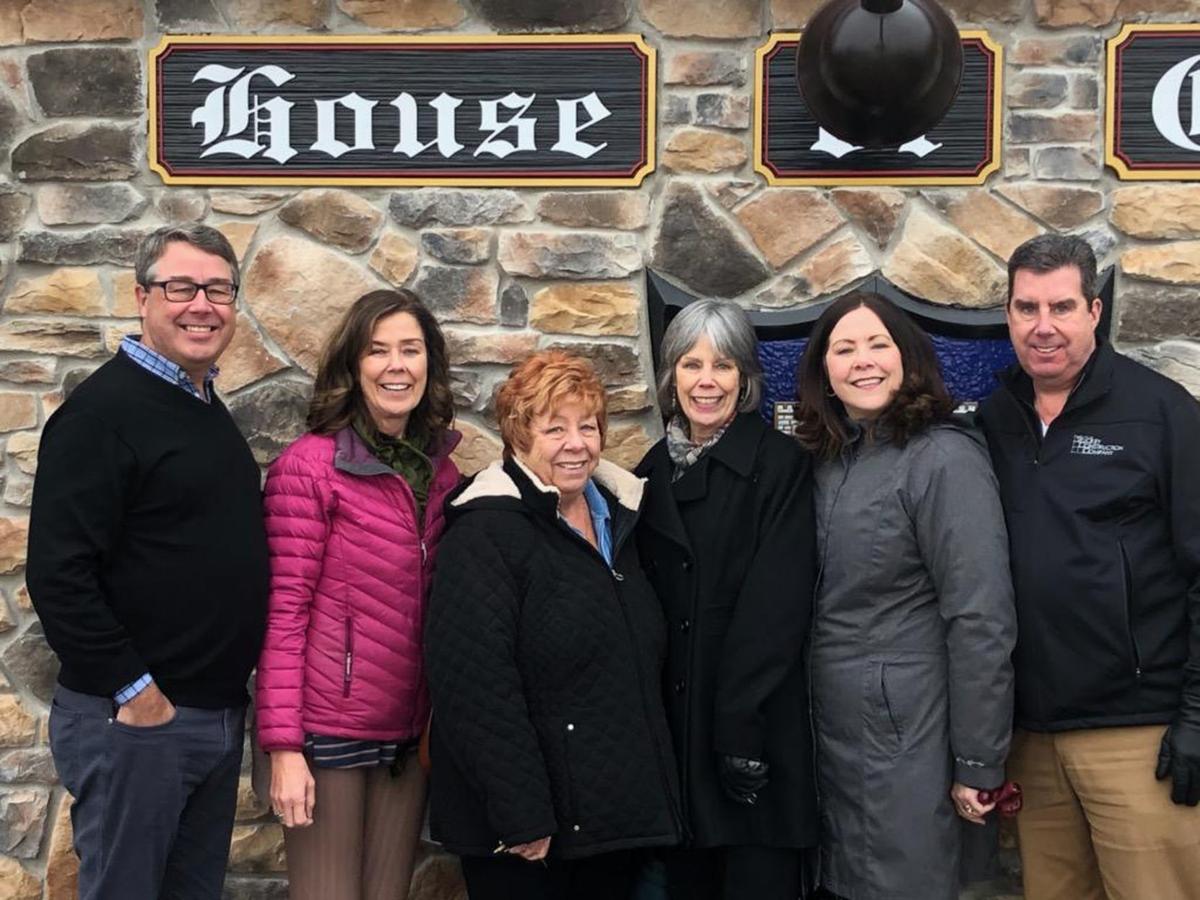 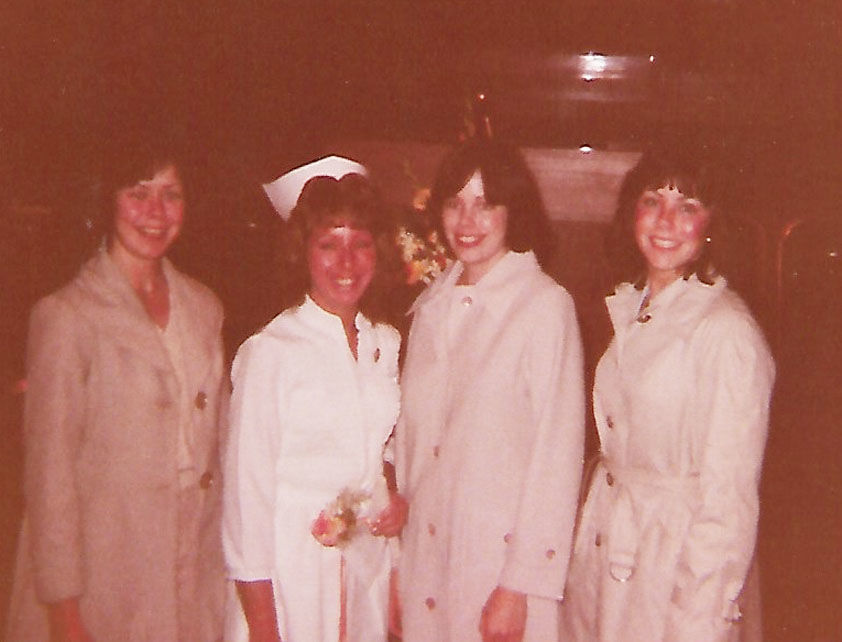 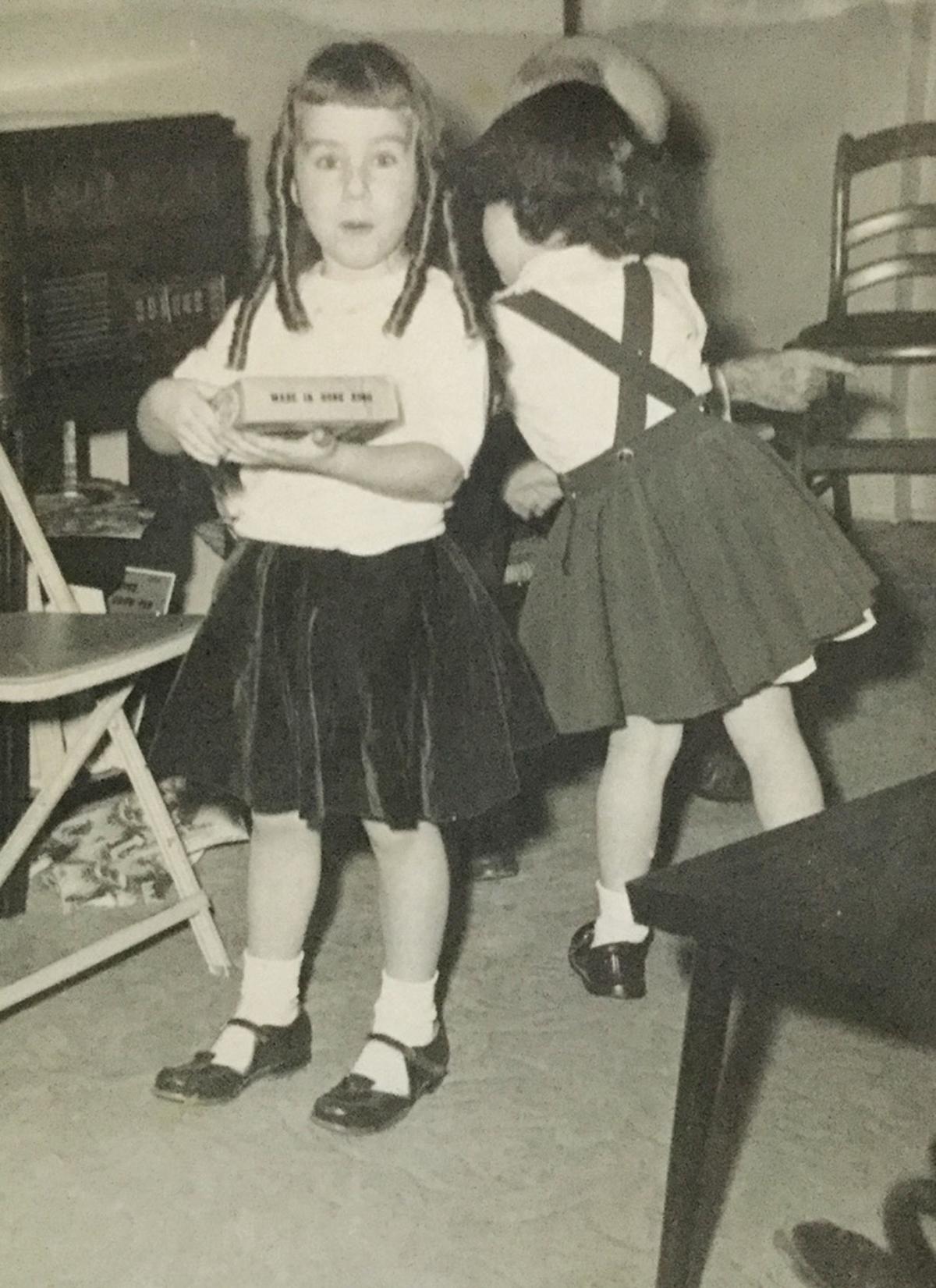 Cathy Carroll, left, and her sister, Maureen, on Christmas morning when they were young. 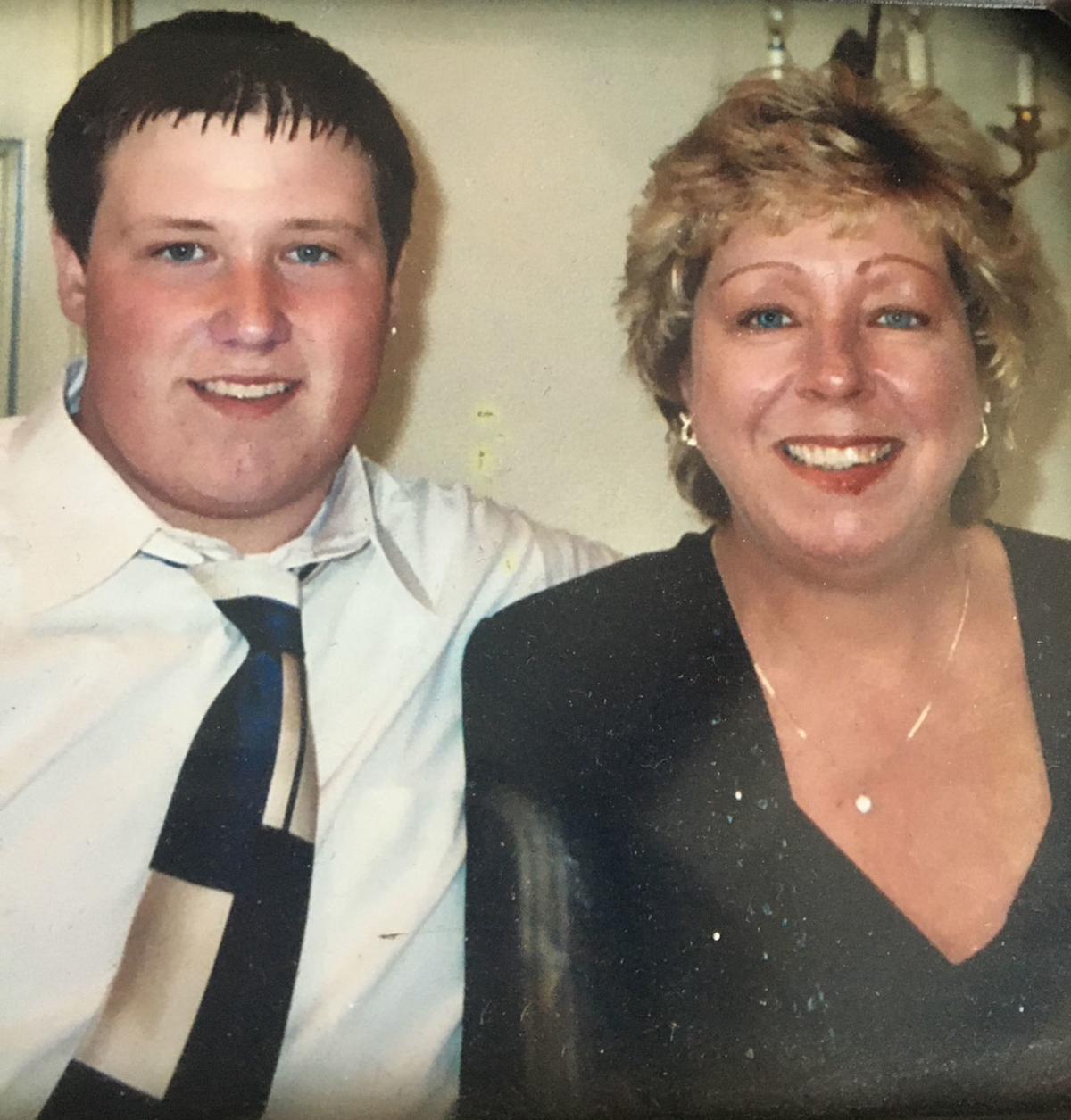 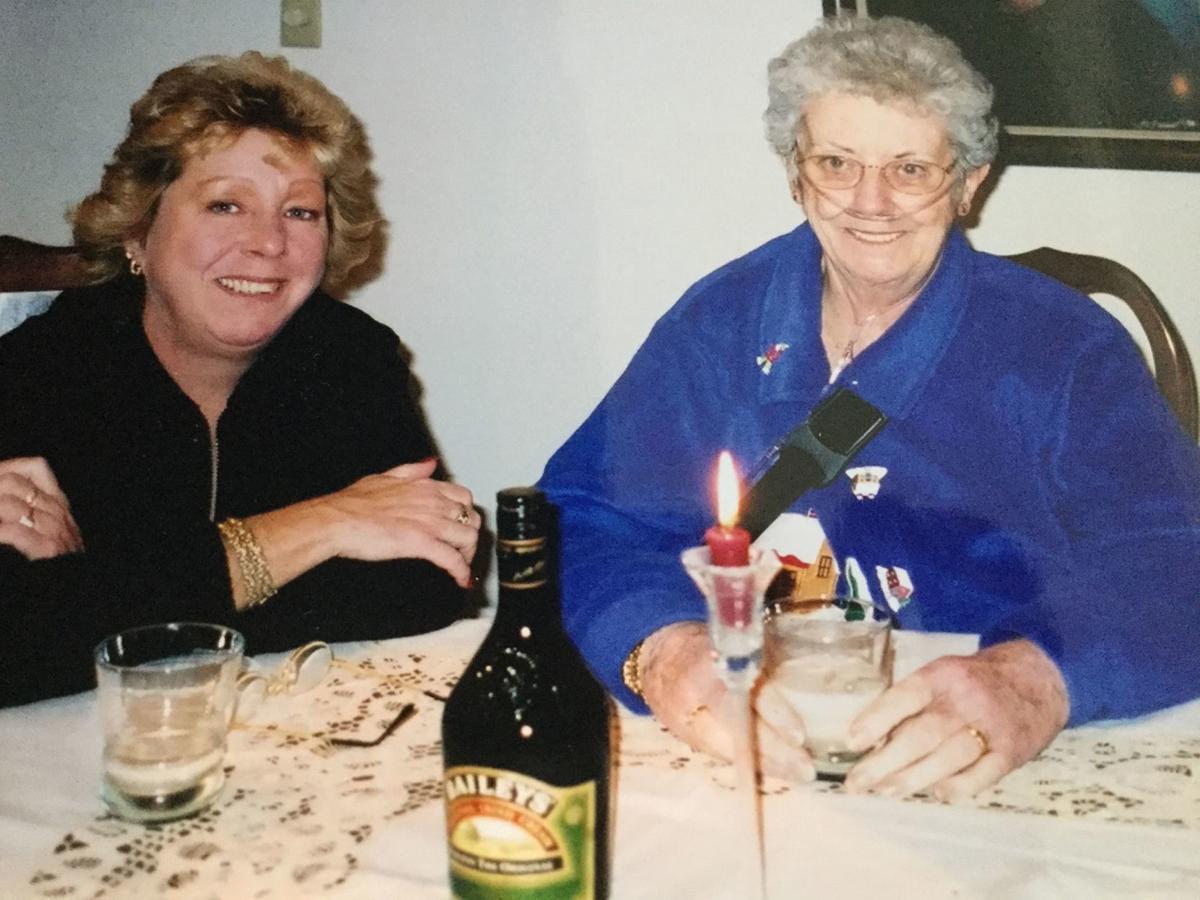 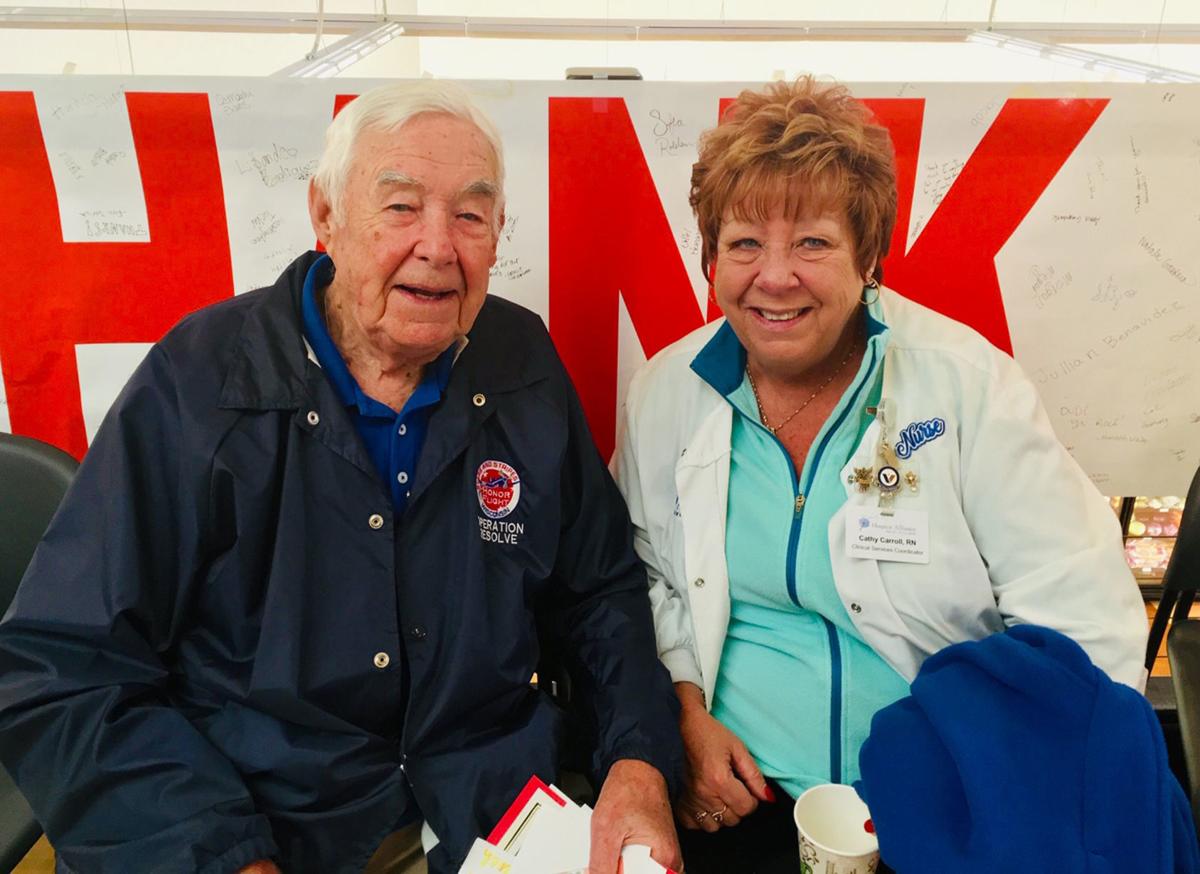 Cathy Carroll and her dad, William.

Cathy Carroll had a gift for making connections and bringing comfort in life’s most difficult moments.

She was also the dispenser of sound advice and had a “good laugh,” said her family.

“Cathy had the best sense of humor and could joke around and brighten your day. She had a beaming smile and a twinkle in her eye,” said her sister, Tricia Stuckey.

Leading with what her siblings call “her tremendous heart,” Cathy was a nurse and professional caregiver. For the last 21 years she ministered to the sick, the dying and their families for Hospice Alliance in Kenosha.

“Cathy had an uncanny ability to remember names and faces and make connections,” said Rita Hagen, Hospice Alliance executive director. “She was kind, selfless, always thinking of others, funny, compassionate and empathetic.”

Here are the Fave Five stories of reporter Heather Poyner, including features that capture personal triumph, the giving nature of groups and individuals, a unique treatment for Parkinson’s Disease and a behind-the-scenes look at students in a local culinary class.

Pechous bikes across America for Journey of Hope

Woman will donate a kidney to childhood playmate

Cathy was born in Milwaukee on Aug. 22, 1953, the daughter of the late William P. and Mary Ann “Mickey” (Rybold) Carroll. The family moved to Kenosha when Cathy and her siblings were young.

Nurturing side apparent early on

Cathy’s nurturing side became evident early in life. “As the eldest of six children, Cathy watched out for her brothers and sisters, completely fulfilling the role of big sister,” Tricia said.

Her sister, Sheila Harper, fondly recalls how the four girls all shared a bedroom as children. “Lots of good memories!”

When Cathy learned she had pancreatic cancer, the sisters again reunited to spend overnights with her, at her home and later at Hospice House. “It was the circle of life for all of us,” Sheila said.

Nursing was Cathy’s career of choice, and before she left high school, she began working as a nurses’ aide at St. Catherine’s Hospital.

After graduating from St. Joseph High School in 1971, Cathy received degrees as a licensed practical nurse and registered nurse from Gateway Technical College.

“She always had a good work ethic and financed her own schooling by working the entire time,” Tricia said.

Cathy was married on May 16, 1981, to Charles Kreuser. They had a son, Michael, and the marriage later ended in divorce.

She worked in various departments at St. Catherine’s as an LPN and an RN, and in 1980, she went to work at the Kenosha Surgical Center.

Life outside of work

Outside of work, Cathy was very social, gathering with fellow St. Joseph’s alumni, meeting up with former St. Catherine’s colleagues, thrift shopping with her sisters, and organizing and attending family reunions like her dad’s 90th birthday party.

“Cathy loved a big get-together, where she was inevitably the life of the party,” Tricia said.

In April 1998, Cathy started working at Hospice Alliance. For the next 21 years she served as a case manager, director of nursing and, finally, clinical services coordinator.

“Cathy found her true calling when she joined Hospice Alliance,” said Tricia. “Her ability to empathize and put herself in another’s shoes made it easy for her to relate to those dealing with pain, suffering and end-of-life matters.”

“She was dedicated and passionate about helping patients and families,” agreed Rita.

Cathy also bonded with those she met in the course of her work duties, like Kevin Metz, owner of Metz Medical. “She became a true friend; I never heard her say she wanted something for herself,” he said.

Kevin said that Cathy was much more than a good nurse. “She was just a genuinely kind person, and that’s something you can’t teach,” Kevin said. “She was an active listener and a solver of problems.”

Cathy’s strength was put to the test in 2012 following the death of her son, Michael.

“Her work at Hospice comforted her, and she completely engrossed herself in her career; consoling others gave her fulfillment,” noted Tricia.

Cathy’s compassion was also an example to others.

“Cathy was eight years older than me; yet, we formed a close connection when I followed in her footsteps by becoming an RN,” Tricia said. “She was not only my big sister, but also a great sounding board when I needed career advice.”

From nurturer to nurtured

After a career caring for others, on Dec. 9, 2019, Cathy herself was admitted to Hospice Alliance’s Hospice House. There friends, family and co-workers returned the favor of her lifetime of care.

“Recognizing that she loved all things Irish, her coworkers distributed Claddagh pins, symbolizing love, friendship and loyalty and held a memorial service in her honor,” Tricia said.

At her memorial service, Cathy was given the Wisconsin Nurses Honor Guard Nightingale Tribute.

“Cathy didn’t just talk the talk, but walked it by looking for a way to serve others,” Kevin said.

Cathy Carroll, left, and her sister, Maureen, on Christmas morning when they were young.

Cathy Carroll and her dad, William.