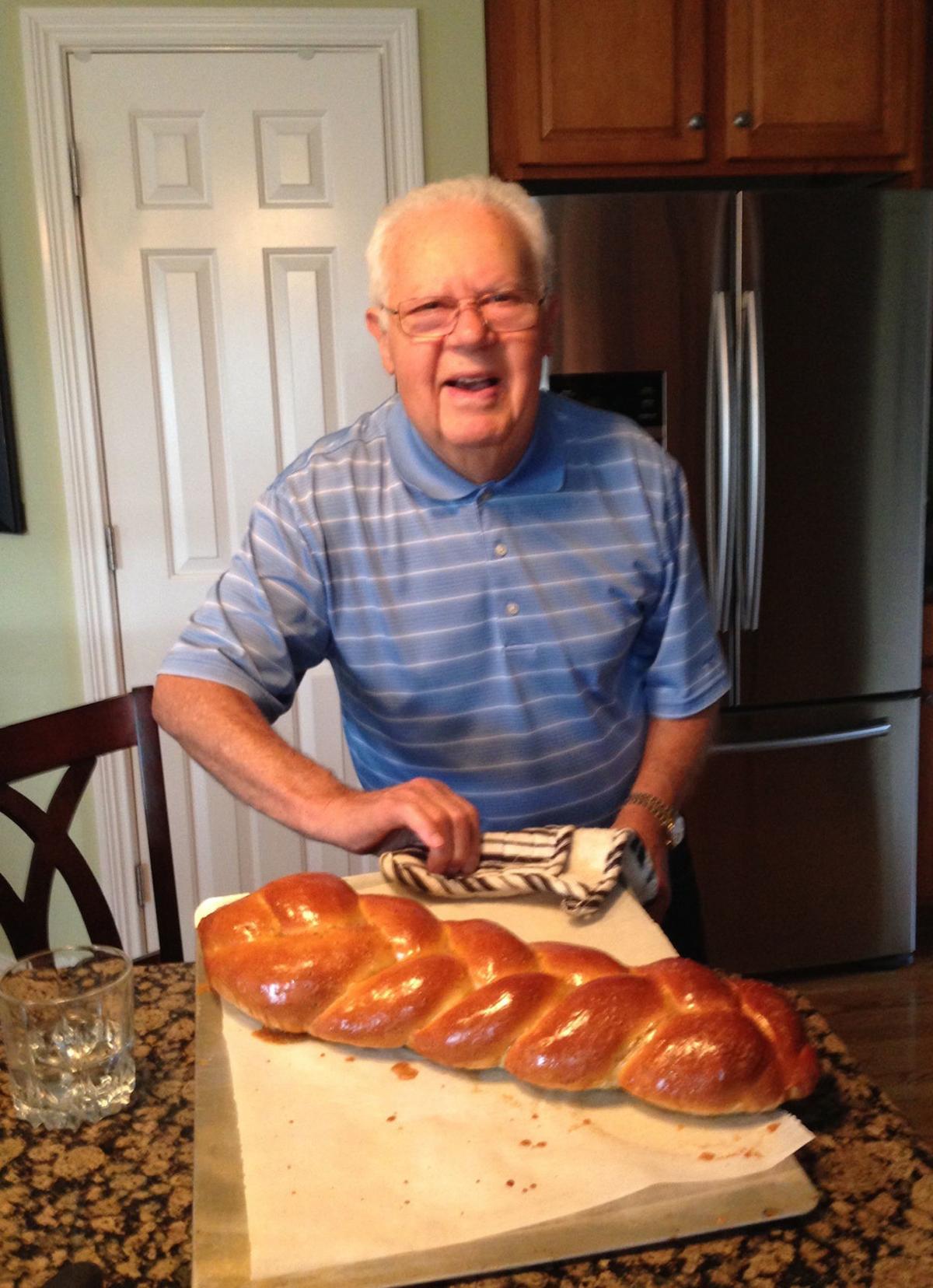 Dom Paielli continued to make bread long after retiring from the bakery business. He is pictured at his daughter’s home with a traditional anise flavored bread he baked for his family at Easter. 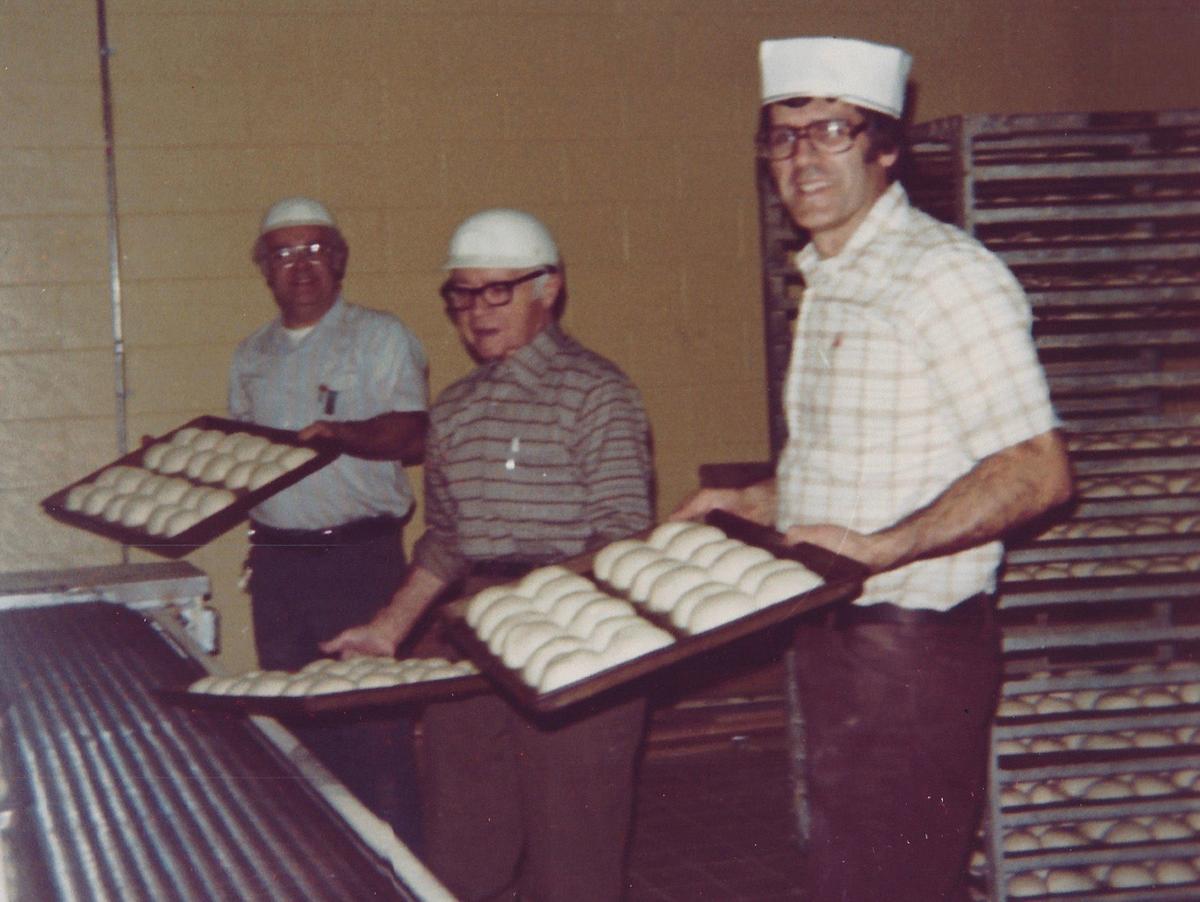 At work at the bakery, from left, Dom Paielli, his father, Sante, and brother, Dino. 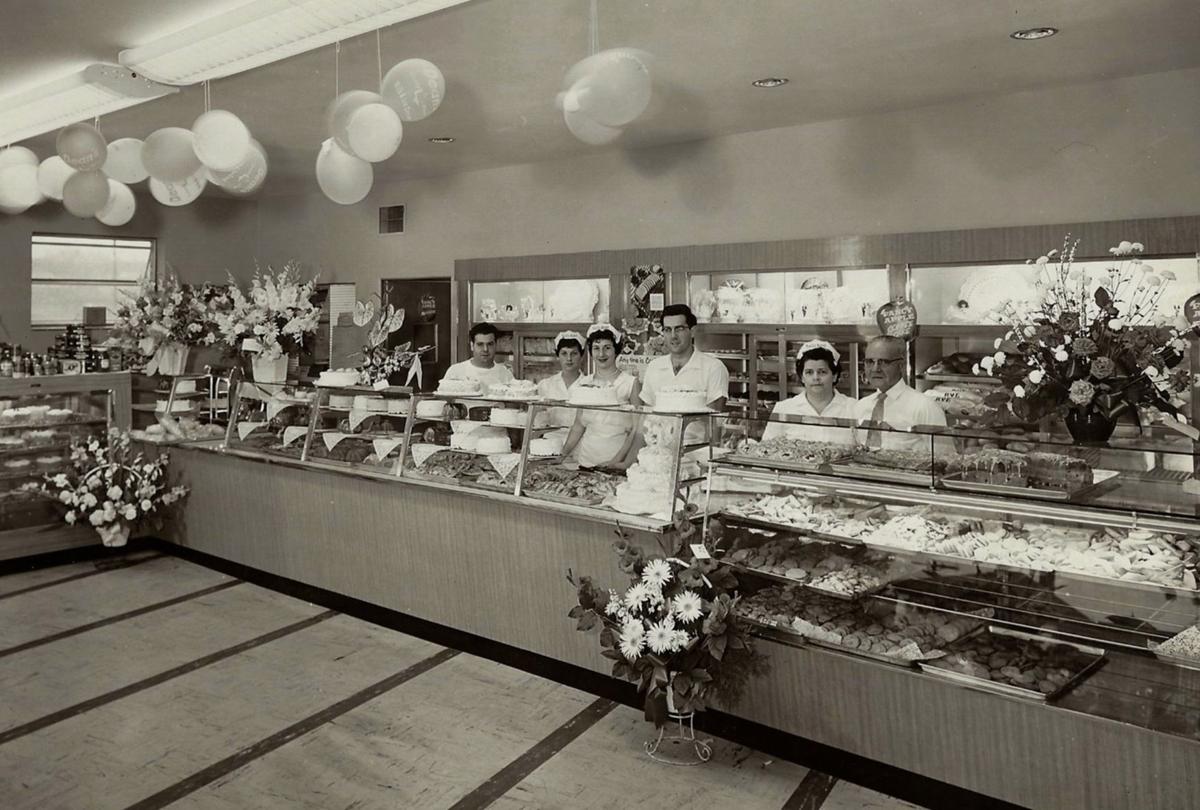 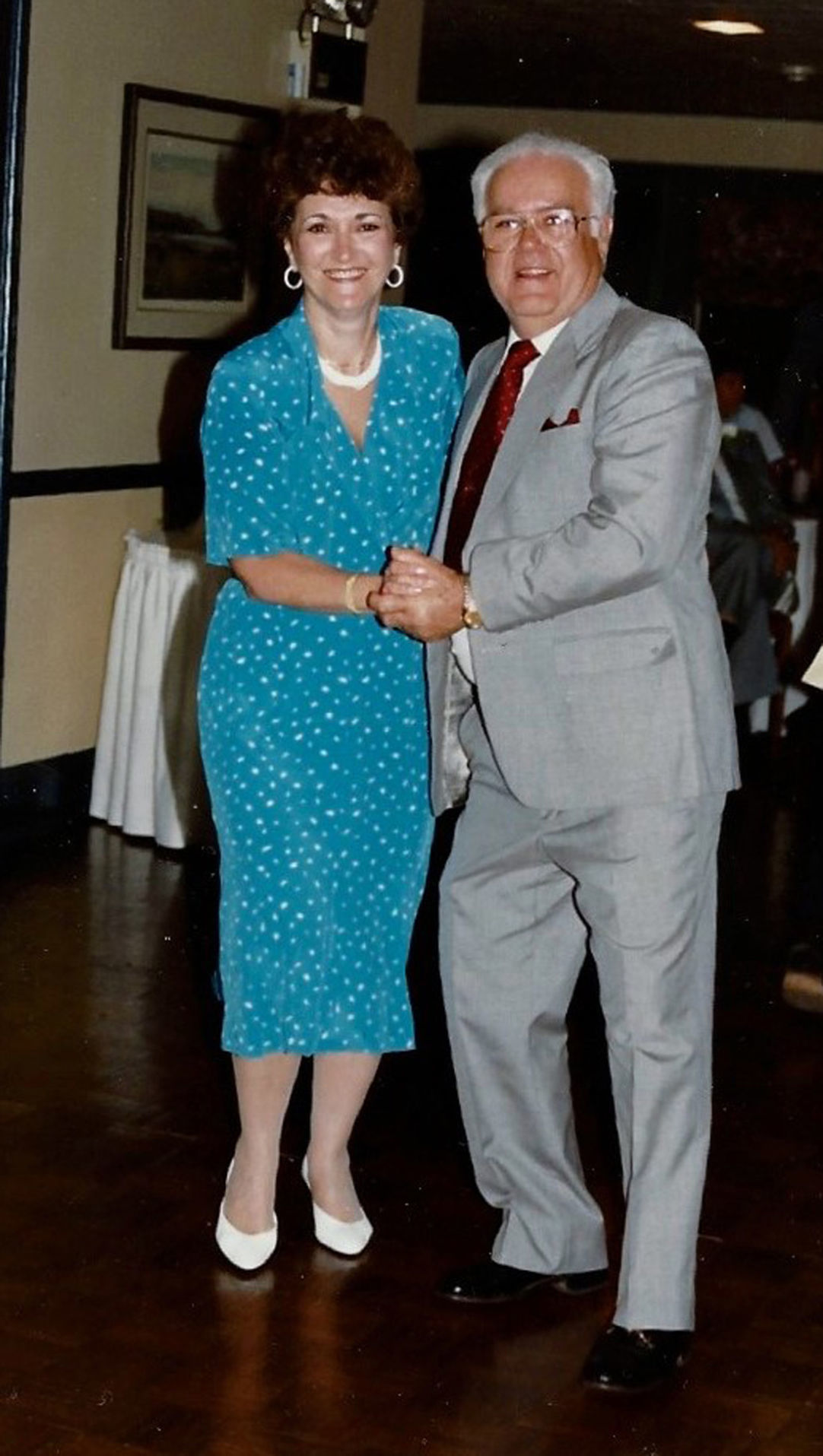 Dom and Zoi Paielli dance at a family wedding. 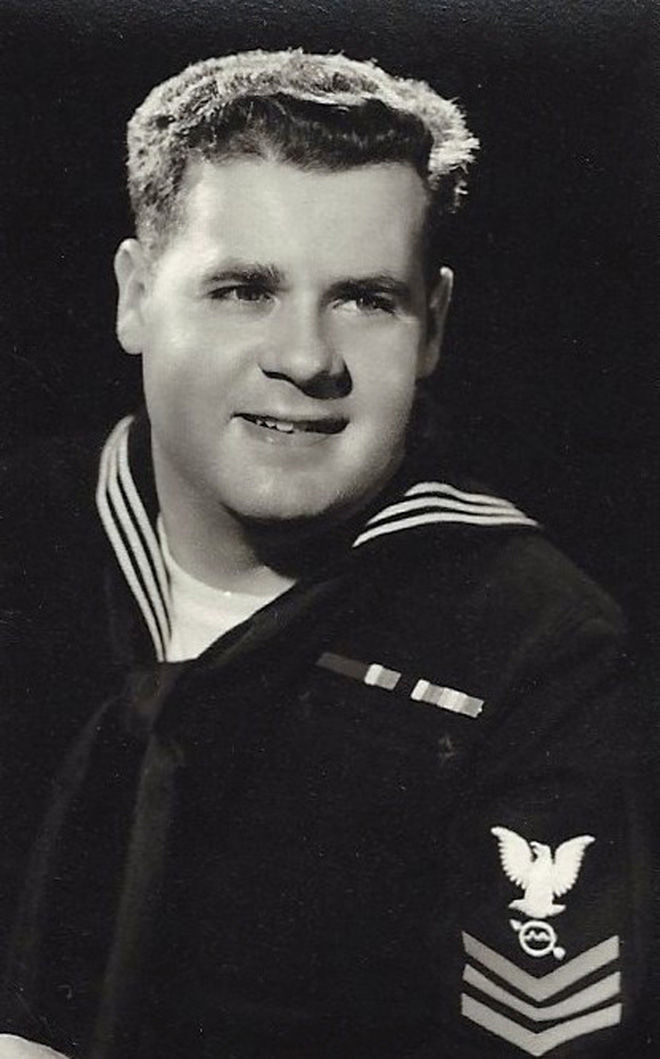 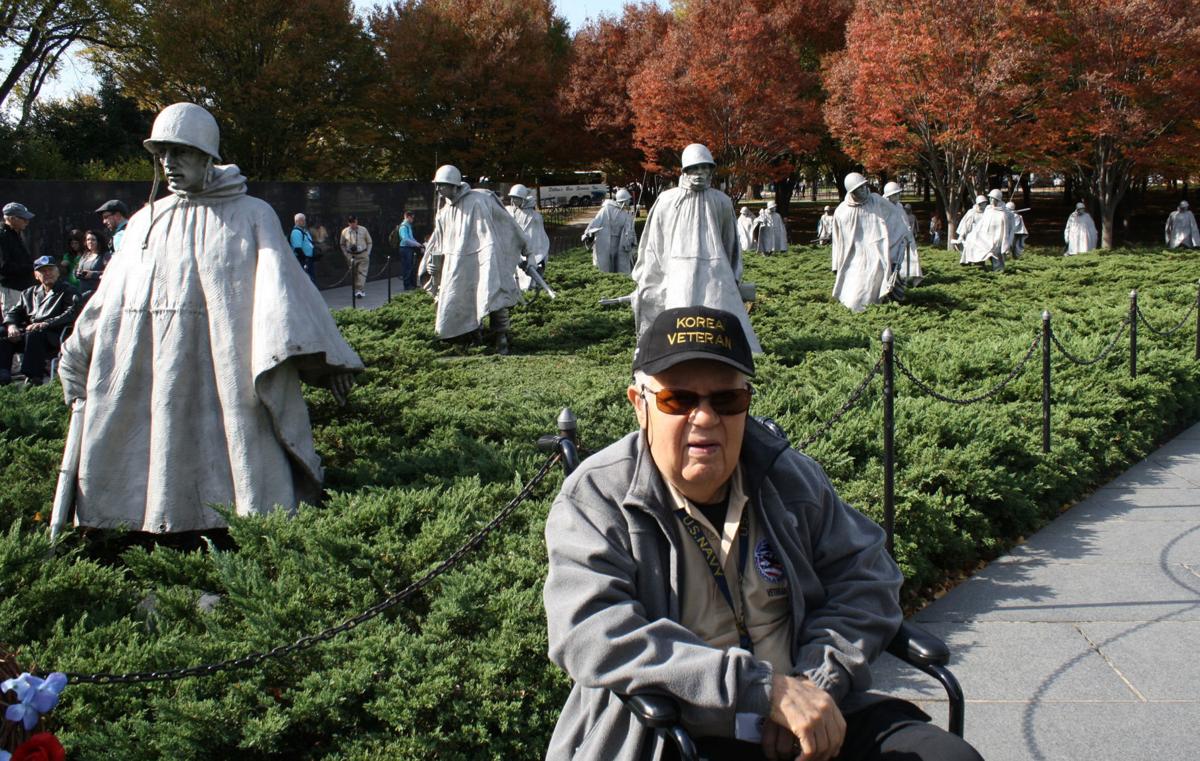 Dom Paielli was photographed at the Korean War memorial in Washington, D.C., during his Honor Flight trip in 2015. 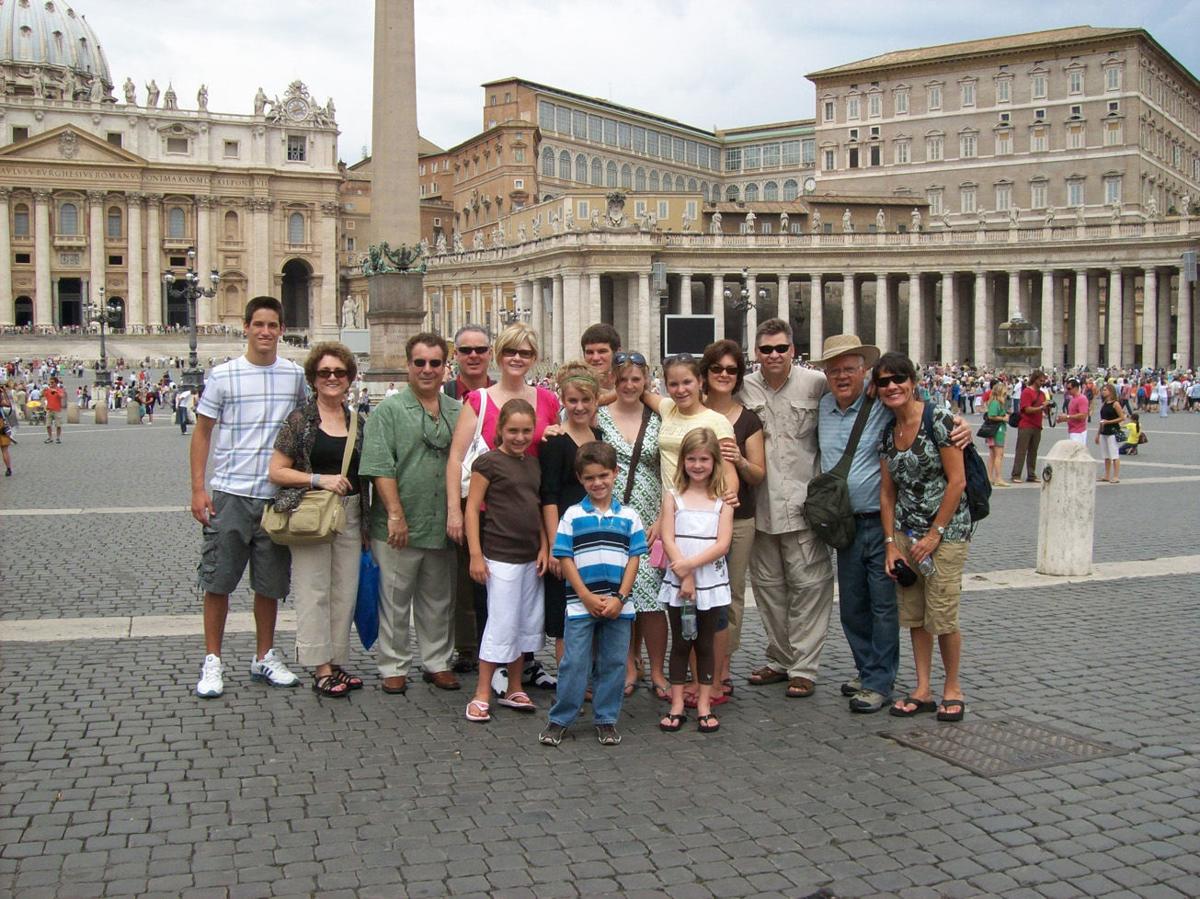 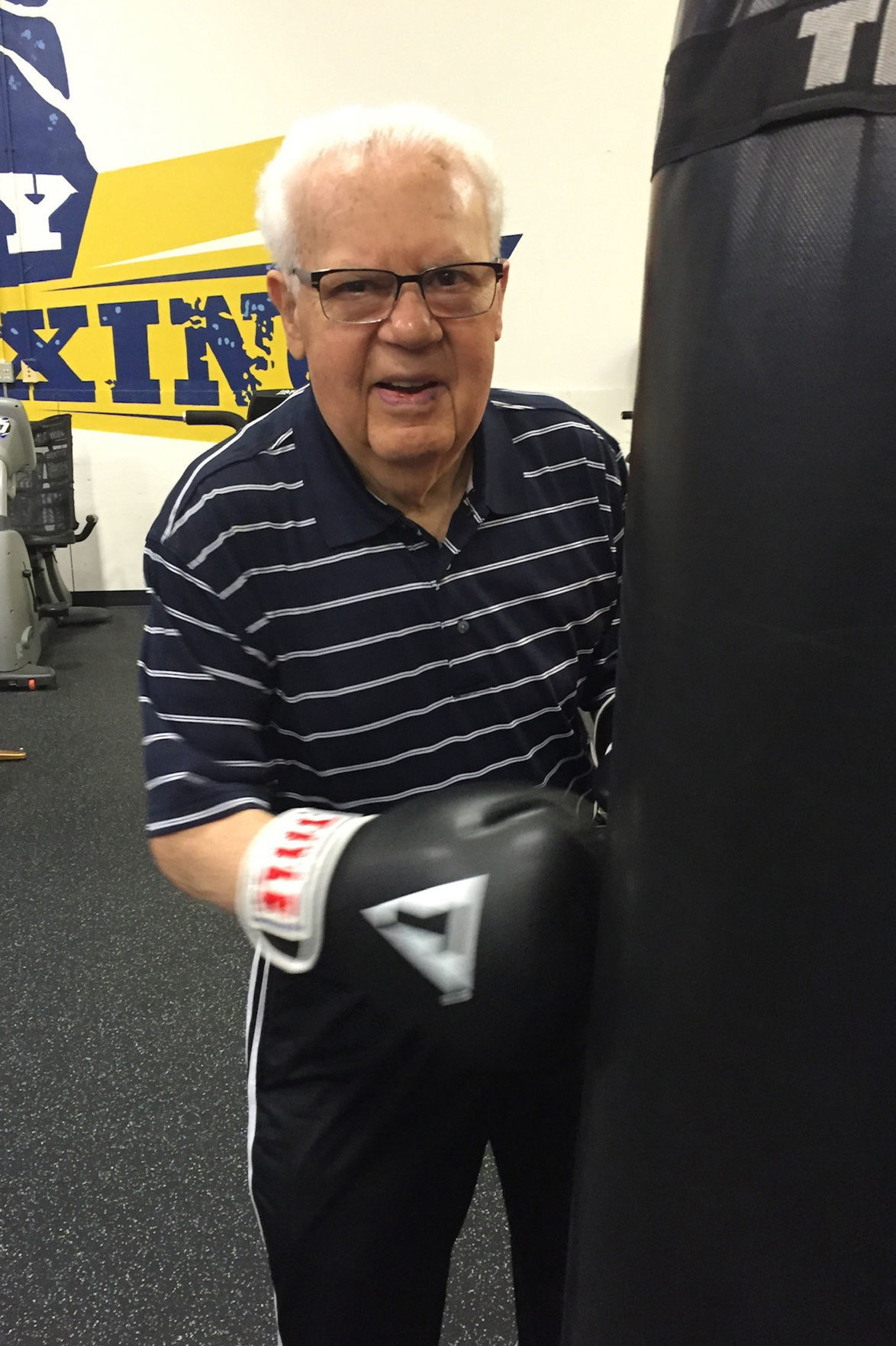 If Dominick Paielli hadn’t gone into the family bakery business, he might have become an engineer.

It was a career path he had considered until circumstances called him to help run the bakery established in 1923 by his father, Sante Paielli.

There he often employed a natural talent for things mechanical, said his family.

“When it came to machinery at the bakery, he was the guy to call in the middle of the night,” said his daughter, Lisa Cremer.

“At 88 he still could go to my home and diagnose what was going on even if couldn’t fix it. His mind could really work; he knew technical things.”

Greg said that discipline and organization were also characteristic of the way his father’s mind functioned.

“He was very organized, even down to how he put his clothes away,” said his son, Greg Paielli. “His being in the military probably helped there.”

Dom’s other traits were honesty and kindness, Lisa said. “He was just a really hardworking, honest, very kind person.”

Dom was born Sept. 2, 1930, in Kenosha to Sante and Matilde Paielli. Shortly after graduating from Mary D. Bradford High School in 1949, he joined the Navy, serving aboard the USS Casa Grande, as a radarman 1st class during the Korean War.

He returned to Kenosha in 1958 and on Oct. 18 married Zoi Ann Macarra at Our Lady of the Holy Rosary Catholic Church.

After the Navy, Dom had planned to attend the University of Wisconsin-Madison for engineering. “He’d been accepted but things were changing with the bakery, so he stayed in Kenosha to help (his family) instead,” Lisa said.

As a businessman and in his personal life, honesty was a guiding principal for her father, Lisa said.

Greg said his father believed in delivering “a good consistent product at a good price.”

In 1958, Sante passed the bakery on to Dom and Dino. With the foundation laid by their father, the brothers built Paielli’s Bakery into one of the largest independent bakeries in the state of Wisconsin.

“(Dom) was good with sales,” Greg said. “He was good at meeting people and talking up his business to bring more customers to the company.”

He also dispensed valuable business advice to his children, Greg added. “He’d say, ‘Never burn bridges with a customer; you never know when that person wants to come back.’”

Early memories for Dom’s children included having to work hard just before the holidays. “We were really busy for the the Fourth of July, Christmas, Memorial Day and Labor Day, so we (kids) would work and bag buns,” Lisa said.

Lisa added that although she didn’t work as much as her brother in the bakery, she was asked to help with deposits, office work and deliveries.

Out in the community, Dom was a member of the Italian American Club in Kenosha and the Roma Club in Racine.

He joined Toastmasters and became adept at public speaking, Greg said. “It was a tool to better his skills speaking to groups of people. He was very into it.”

Dom and wife also loved to dance, noted Lisa. “Their whole crowd took dance lessons in the 1960s and belonged to a club called the Merry Marrieds. They really ‘cut a rug,’ and dad was an excellent dancer.”

In 1993, Dom sold the bakery to Dino and his sons and joined Greg in his real estate and property management business.

“He wasn’t licensed to sell real estate, but he was my runner guy,” Greg said. Dom’s duties included checking on properties and taking care of maintenance. “He would diagnose a problem, come up with a solution and carry out the solution.”

When Greg moved his business to Arizona in 1997, Dom and Zoi began wintering there, living in their Kenosha home for the summer months.

Five years ago, Dom and his wife moved to Indiana to be closer to Lisa.

In 2015, Lisa accompanied her father on a veterans’ Honor Flight to Washington, D.C., from Indiana. “It was a really, really special day for him,” she said.

Although Dom acquired Parkinson’s disease about eight years ago, the symptoms did not become severe. To increase his strength and mobility, Dom participated in a fitness program called Rock Steady Boxing in Indiana.

He also continued to bake.

“When he retired from the bakery he bought a (commercial) Hobart mixer and baked bread at home,” Lisa said. “Even after he moved to Indy he continued to bake, especially his special anise bread at Easter time.”

“He was kind-hearted and down to earth,” said Greg. “What you saw was what you got.”

Each Monday the Kenosha News remembers the life of a Kenosha area resident who has recently died. Here is a collection of the lives that have …

Dom Paielli continued to make bread long after retiring from the bakery business. He is pictured at his daughter’s home with a traditional anise flavored bread he baked for his family at Easter.

At work at the bakery, from left, Dom Paielli, his father, Sante, and brother, Dino.

Dom and Zoi Paielli dance at a family wedding.

Dom Paielli was photographed at the Korean War memorial in Washington, D.C., during his Honor Flight trip in 2015.