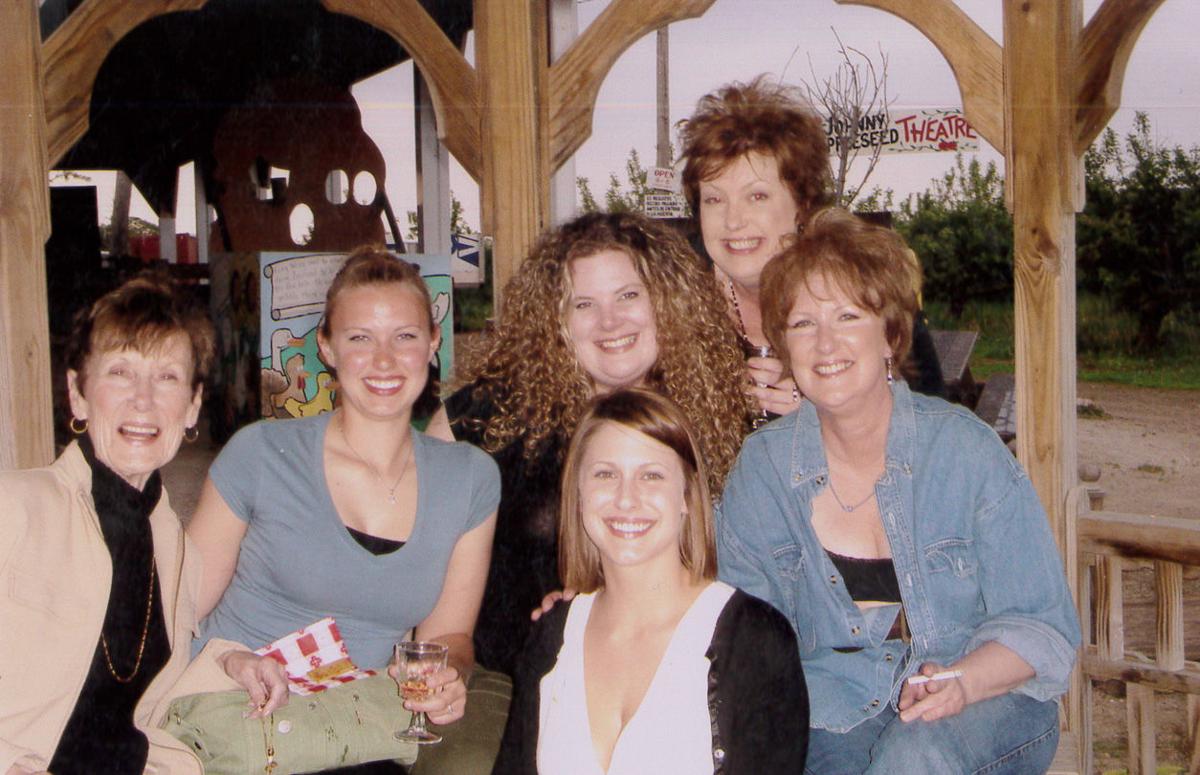 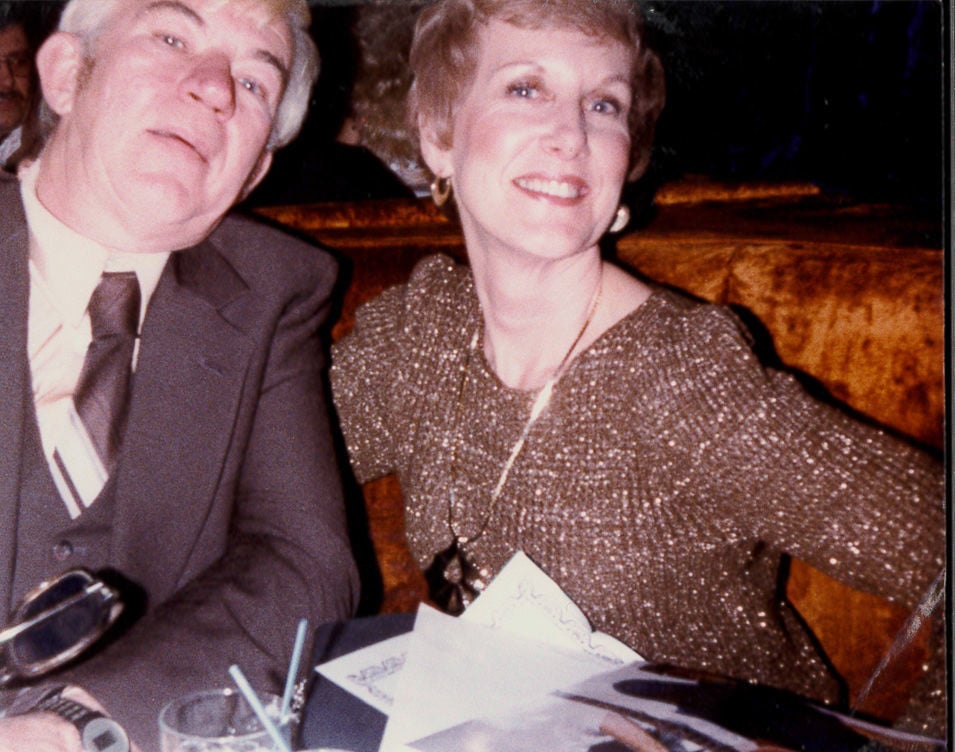 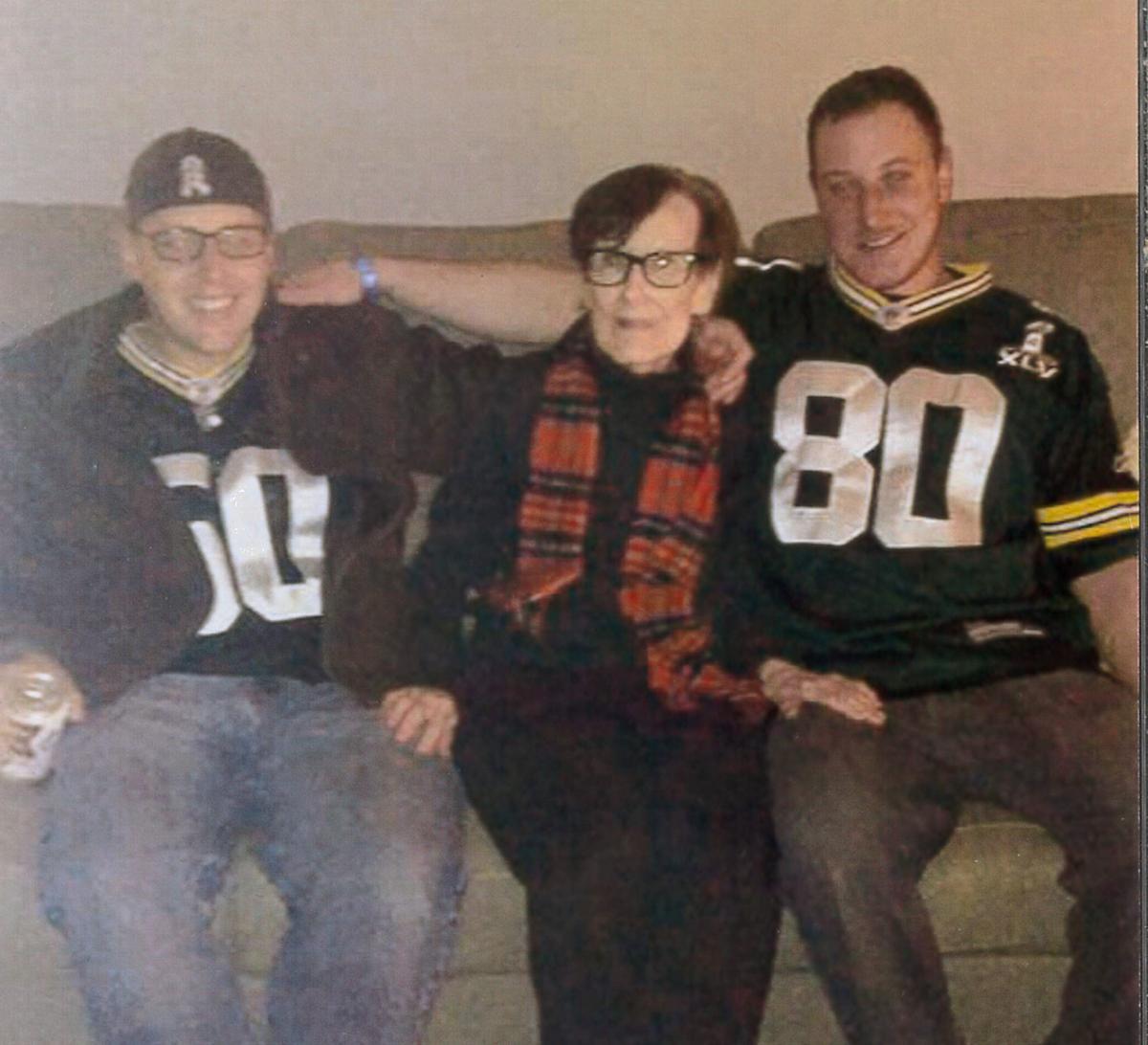 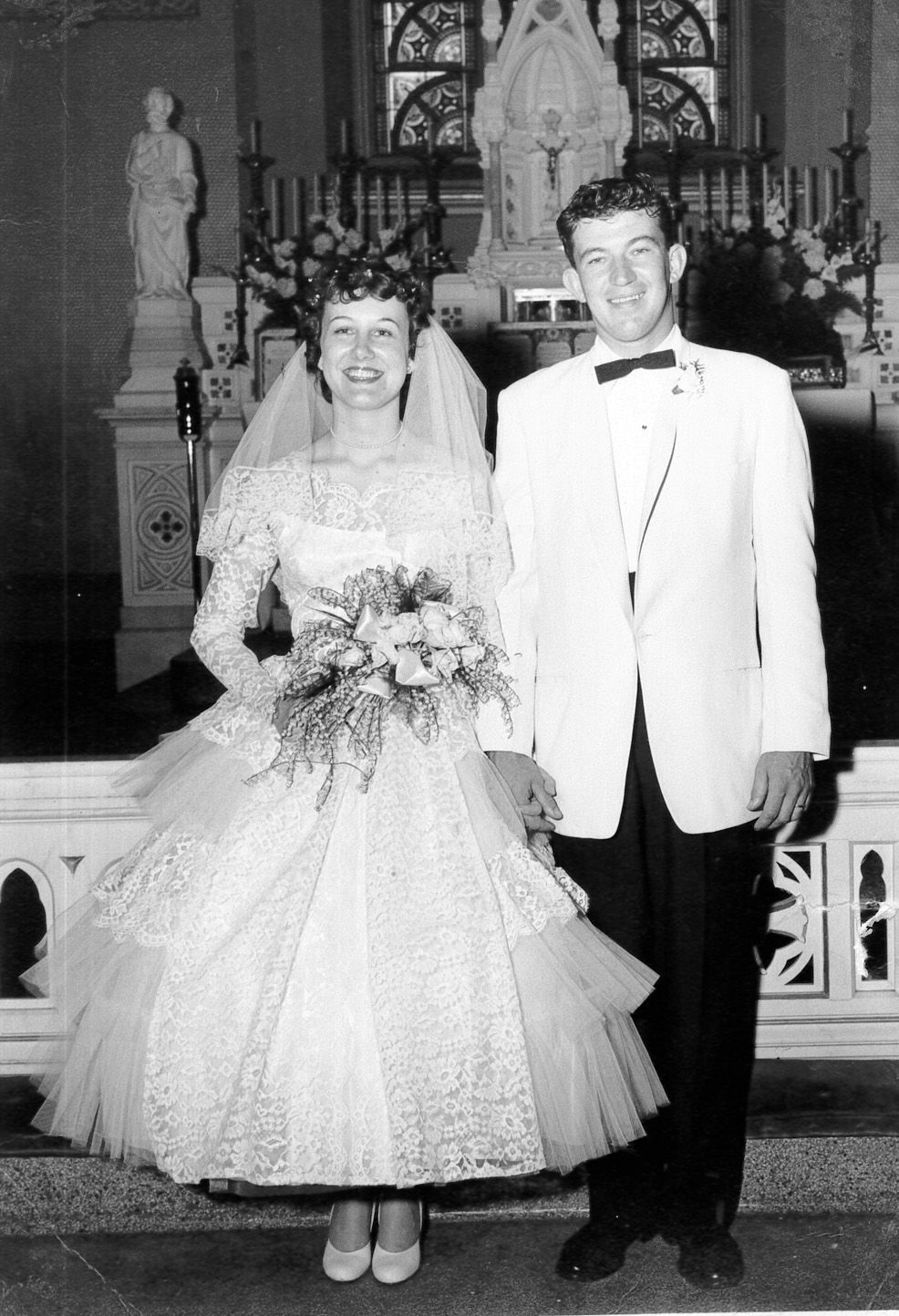 Louise and Donald Van Wie on their wedding day in 1956. 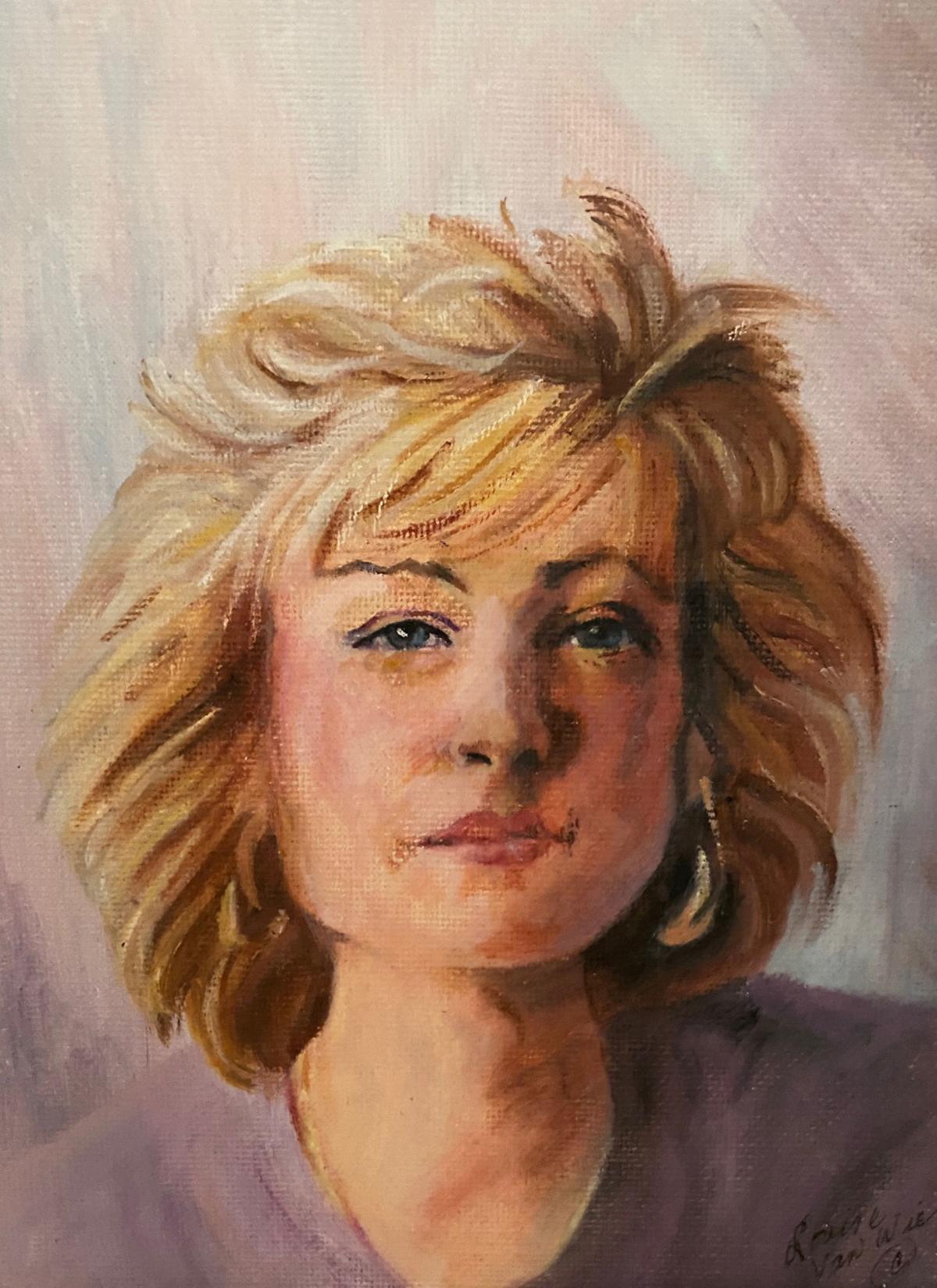 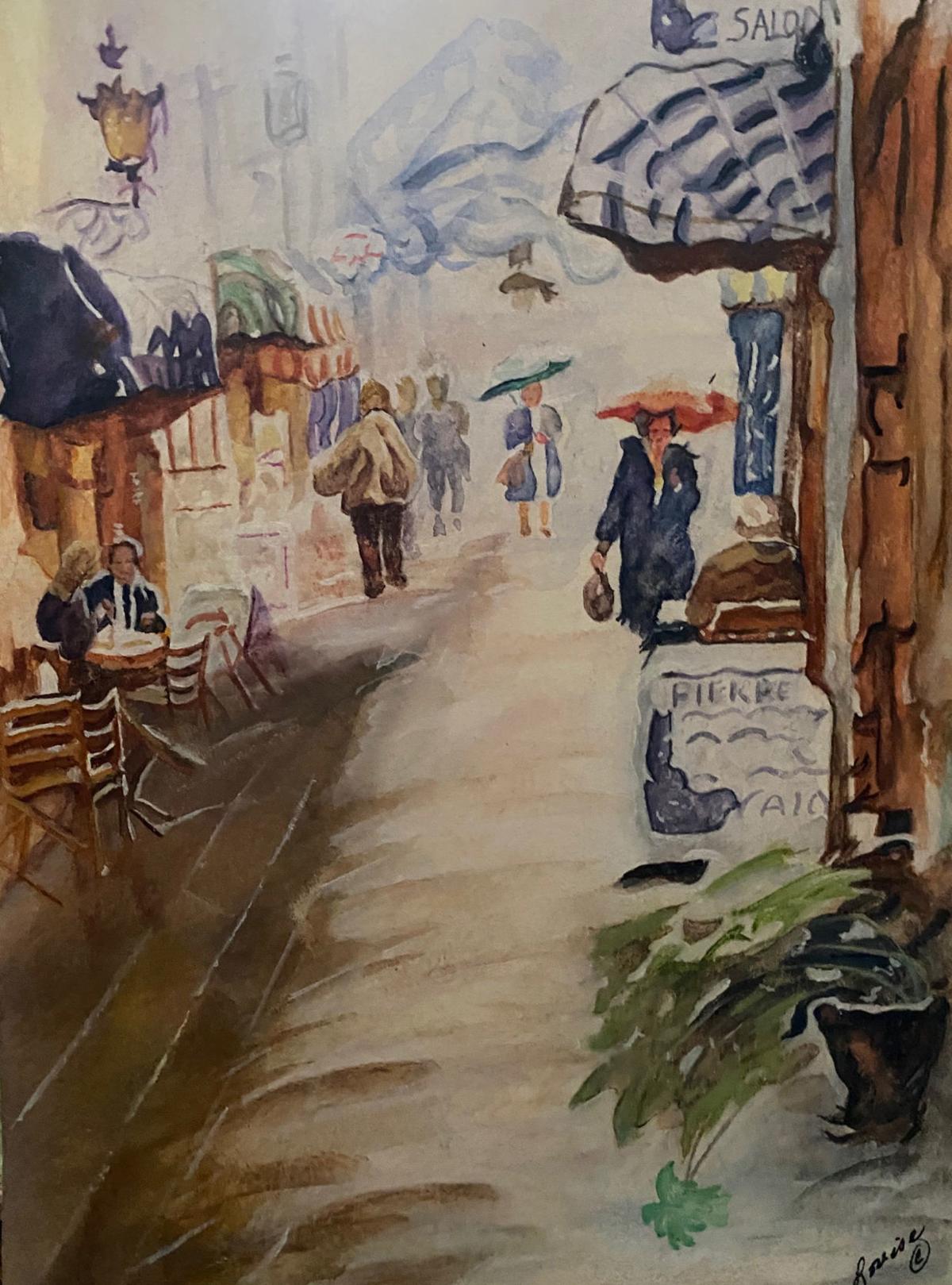 A watercolor of a street scene by Louise Van Wie.

Louise Van Wie was a devoted wife, mother and grandmother.

She balanced full-time employment as a grocery checker or secretary with duties on the home front while making it all look effortless, said her family.

Manners and protocol were also important to Louise.

“She’d say to us, ‘Where are your manners?’” said granddaughter Andrea Lesner. “This is probably because she came from a military family.”

The lighter side of Louise was her ability to not take herself too seriously.

Her family said that Louise sometimes “demolished the English language” with words that didn’t sound right; a phenomenon Louise chalked up to childhood years living in Brooklyn, N.Y.

“We’d say her ‘Brooklyn was coming out,’ but when we’d catch her on it, she was always a good sport about it,” said daughter Donna Brnak.

Louise was born July 27, 1935, in Long Beach, Calif., the daughter of Raynfurth and Florence Hoadley.

Louise was the oldest of four children. As their father was a Navy man, the family moved several times when Louise was young.

From California, the family moved to Brooklyn for several years. When Louise’s father was posted to Great Lakes Naval Base, they moved to Zion, Ill.

Louise graduated from Zion-Benton High School and began working as a stenographer in Chicago.

To get to work, Louise carpooled with friends, one of whom fixed her up on a blind date with her son, a Kenosha man named Donald Van Wie.

Louise and Donald began dating and married June 9, 1956, in Kenosha. They settled here and had three daughters.

Louise was a stay-at-home mom until her youngest entered elementary school when she re-entered the workforce as a cashier for the National Tea grocery store on Sheridan Road.

“There were these rolls of green stamps she brought home,” recalled Donna. “We loved helping her paste them into books to redeem gifts.”

Louise took secretarial courses at Gateway Technical College and began working in the accounts receivable department at Snap-on Tools in 1972.

While working full time, Louise made sure her home and family were tended to, said family.

Louise loved to cook, a talent she got her own mother who was a gourmet cook, said her daughter, Connie Clemens.

“She was an excellent cook — especially her Christmas spread,” said granddaughter Ashley Lawson.

“She would start cooking and freezing food (for Christmas) in November,” Donna said.

“She made it look so easy,” Andrea said.

The famed Christmas spread included “10 to 15 appetizers” and “a huge roast beef dinner and lasagna.”

“We snacked for hours on appetizers before dinner,” Andrea said.

Spending her free time with Donald was also important to Louise, family said. “They did day trips to museums and getaway weekend to Vegas,” Connie said.

They also enjoyed traveling to supper clubs around Wisconsin. “But even though she went to all these fancy places, her favorite restaurant of all was Olive Garden,” noted Donna.

Louise and Donald had a very loving marriage, said family. “They set a great example for marriage. ‘It was like #couplegoals!” Ashley said.

In other words, said Donna, “They were very devoted to each other.”

Painting as a hobby

After Donald passed away in 2002, Louise stepped back from hosting cooking extravaganzas, in large part because she missed cooking for him, said family.

She continued, however, to enjoy family gatherings like watching Packers football games with her grandsons and celebrating family birthdays.

She also continued painting, a hobby she had begun shortly after retiring from Snap-on Tools in 1992. “When we were kids, she was just sort of doodling, but in retirement, (painting) really took off for her,” Donna said.

With the exception of one class taken at the Kenosha Senior Center, Louise was a self-taught painter.

“She also learned a lot from books she got at Hobby Lobby,” Donna said.

Her style was often reminiscent of the Impressionists, noted Donna. “Her work was something else!”

Later, many of Louise’s works were portraits of her grandchildren done in pastels or pencil.

Louise loved sharing this interest with her grandchildren. “We had ‘days of art’ where we drew together,” recalled Ashley.

Over the years, exercise and healthy eating became important to Louise. “It started for her during the era of Jane Fonda workouts and aerobics,” Donna said.

“She worked out every day religiously,” Andrea said.

Louise did not join a class to do her exercises. She collected an assortment of exercise equipment which she used at home. “She was a closet exerciser,” joked Donna.

Although she wasn’t shy, Louise was a very private person about her interests and talents, said family.

“She didn’t like people who bragged; she felt it was distasteful,” Donna said.

“She didn’t want to be the center of attention,” agreed Connie.

“Loving and generous” were her mother’s best qualities, said Connie.

Louise and Donald Van Wie on their wedding day in 1956.

A watercolor of a street scene by Louise Van Wie.