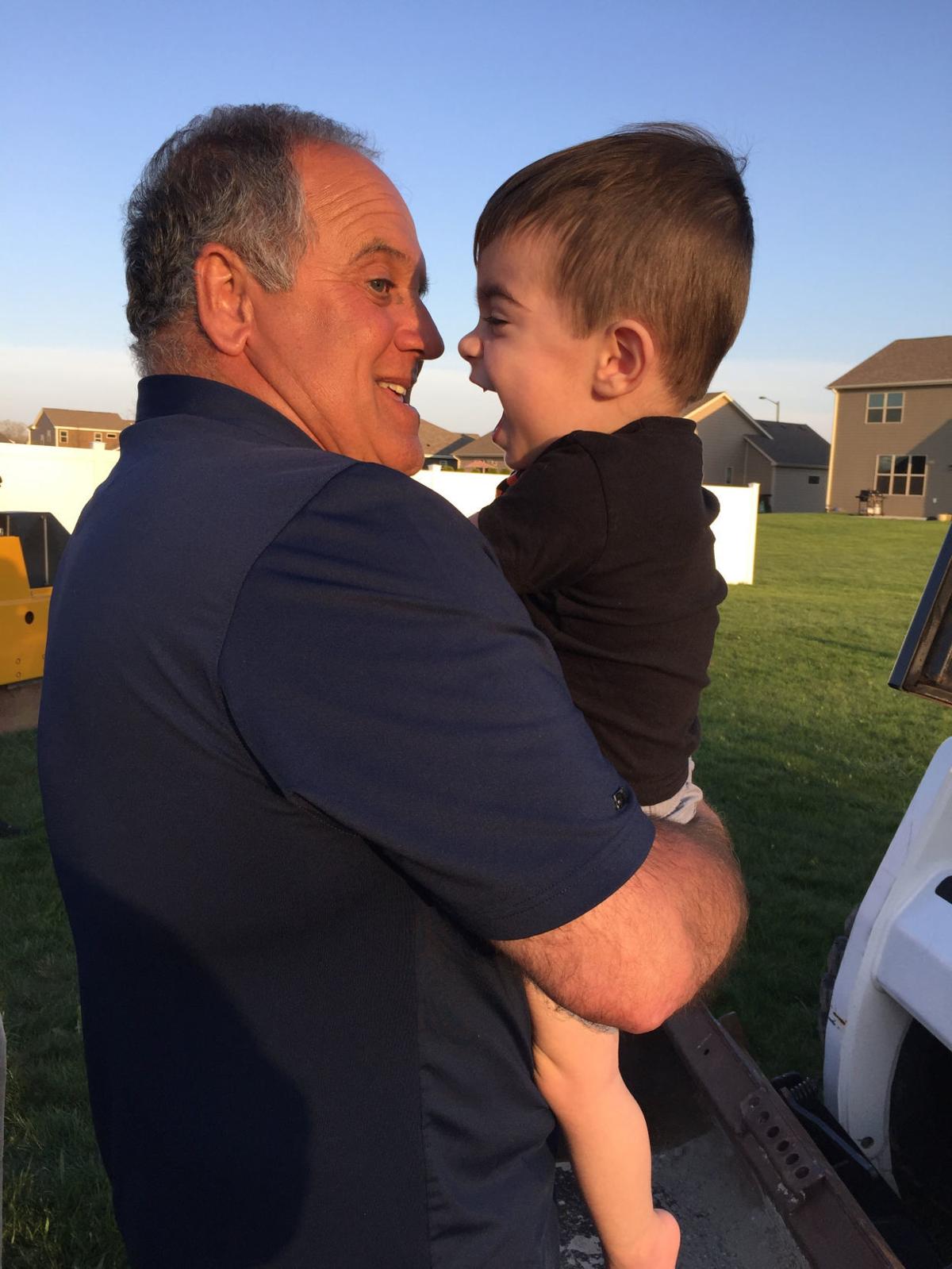 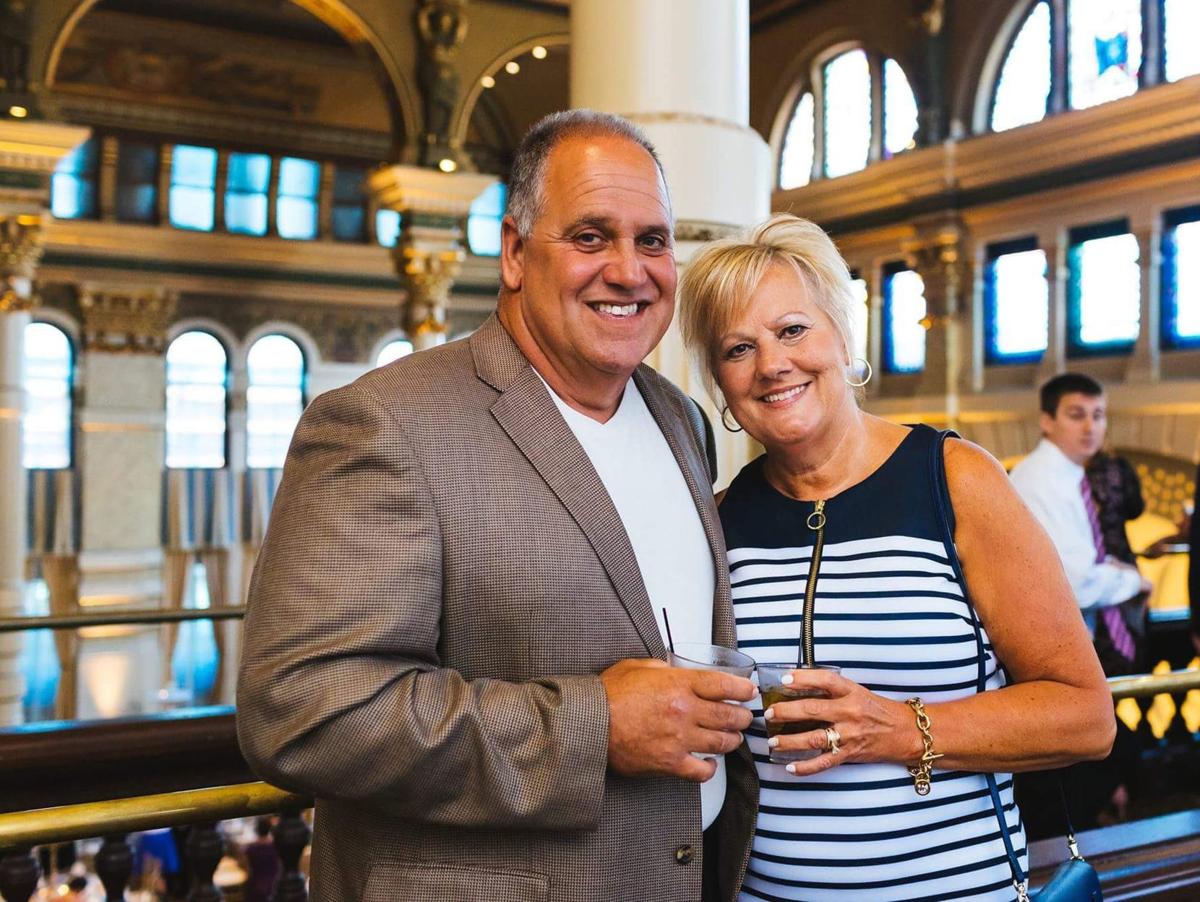 Mark and Lora Marano at a wedding at the Grain Exchange in Milwaukee. 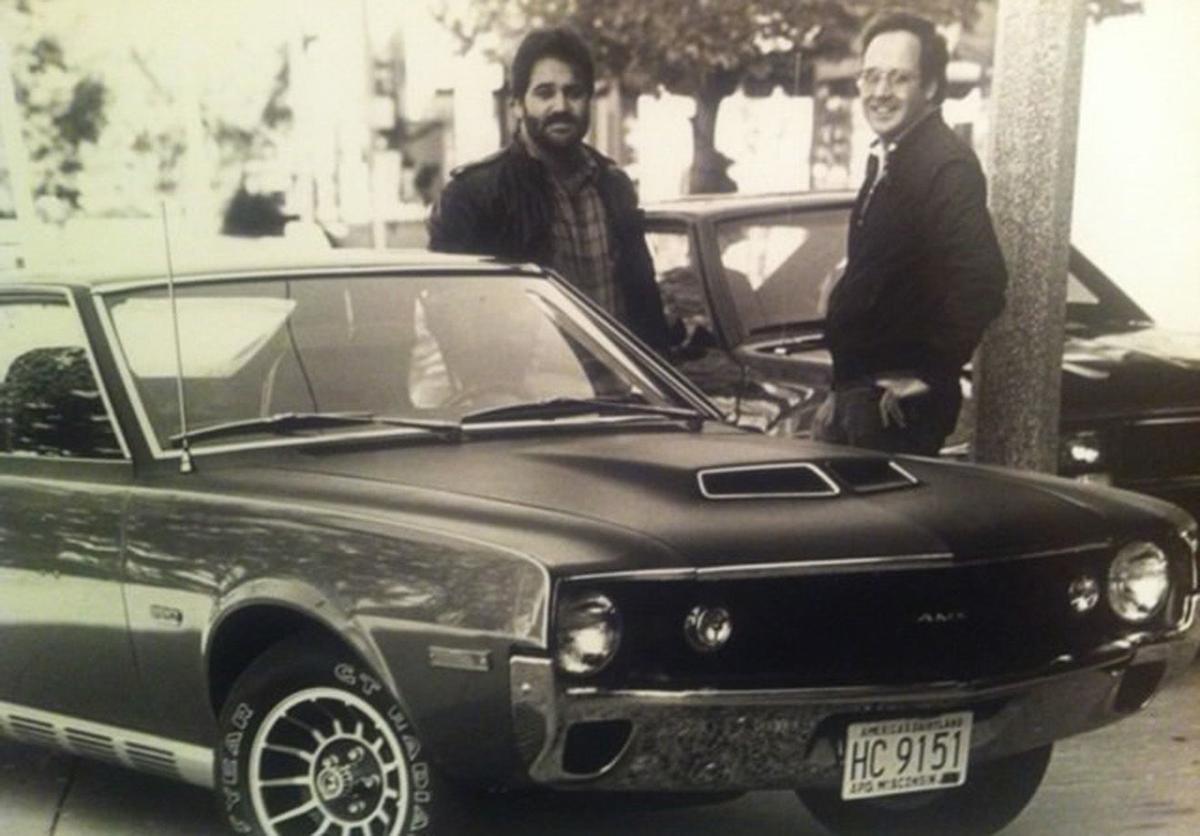 Mark Marano, right and his brother, Peter, with Mark's 1970 AMX. 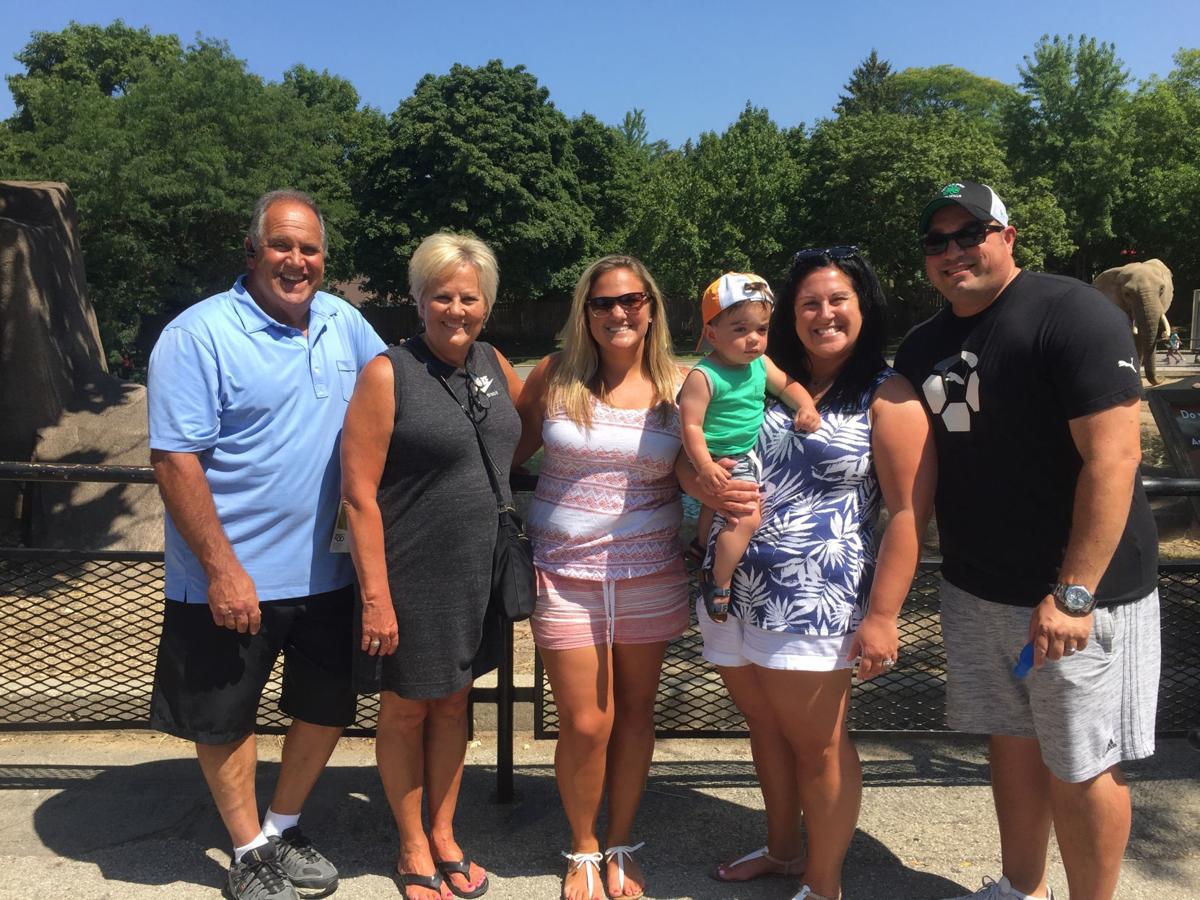 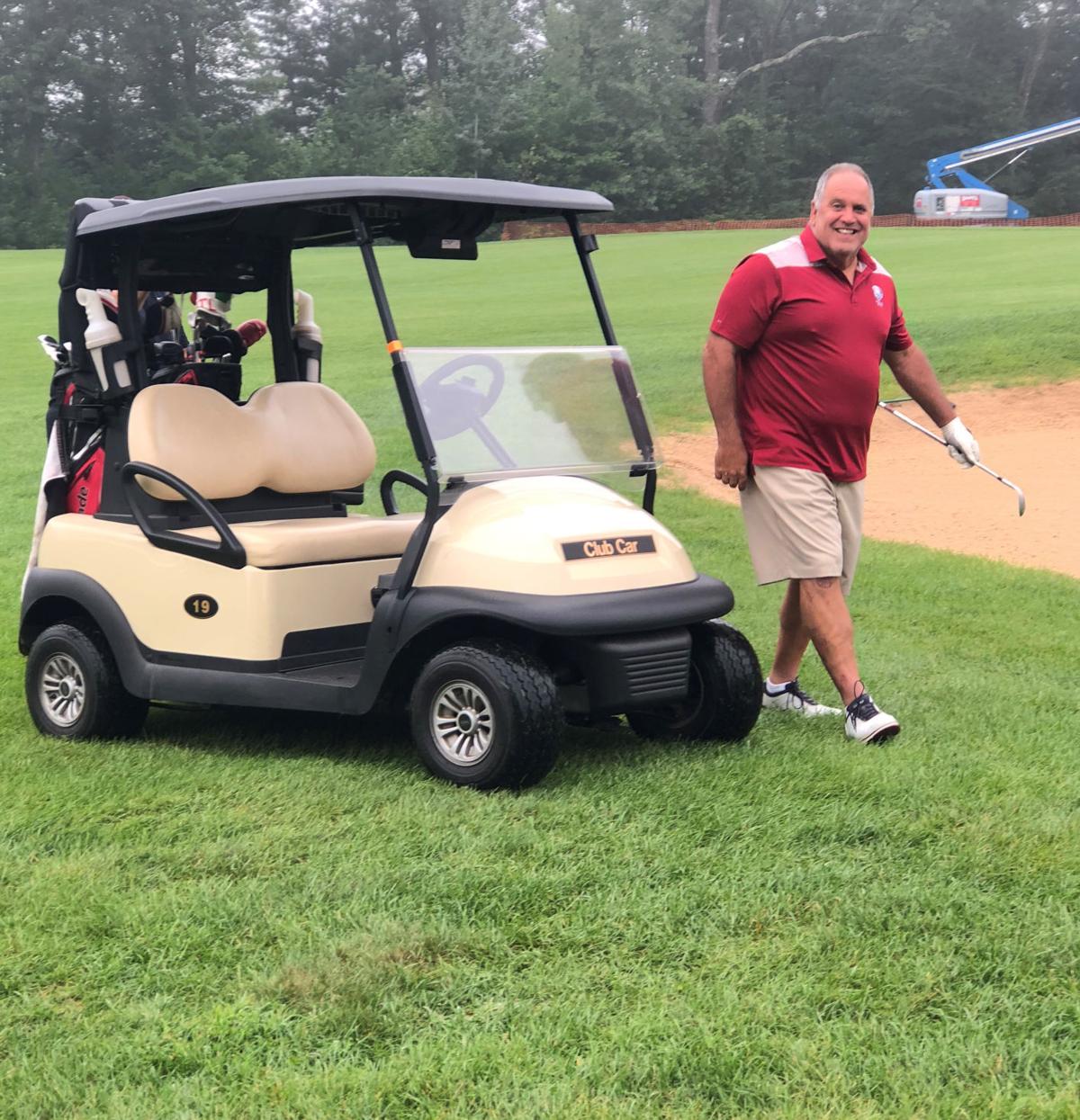 Mark Marano smiles as he enjoys a day out on the golf course. 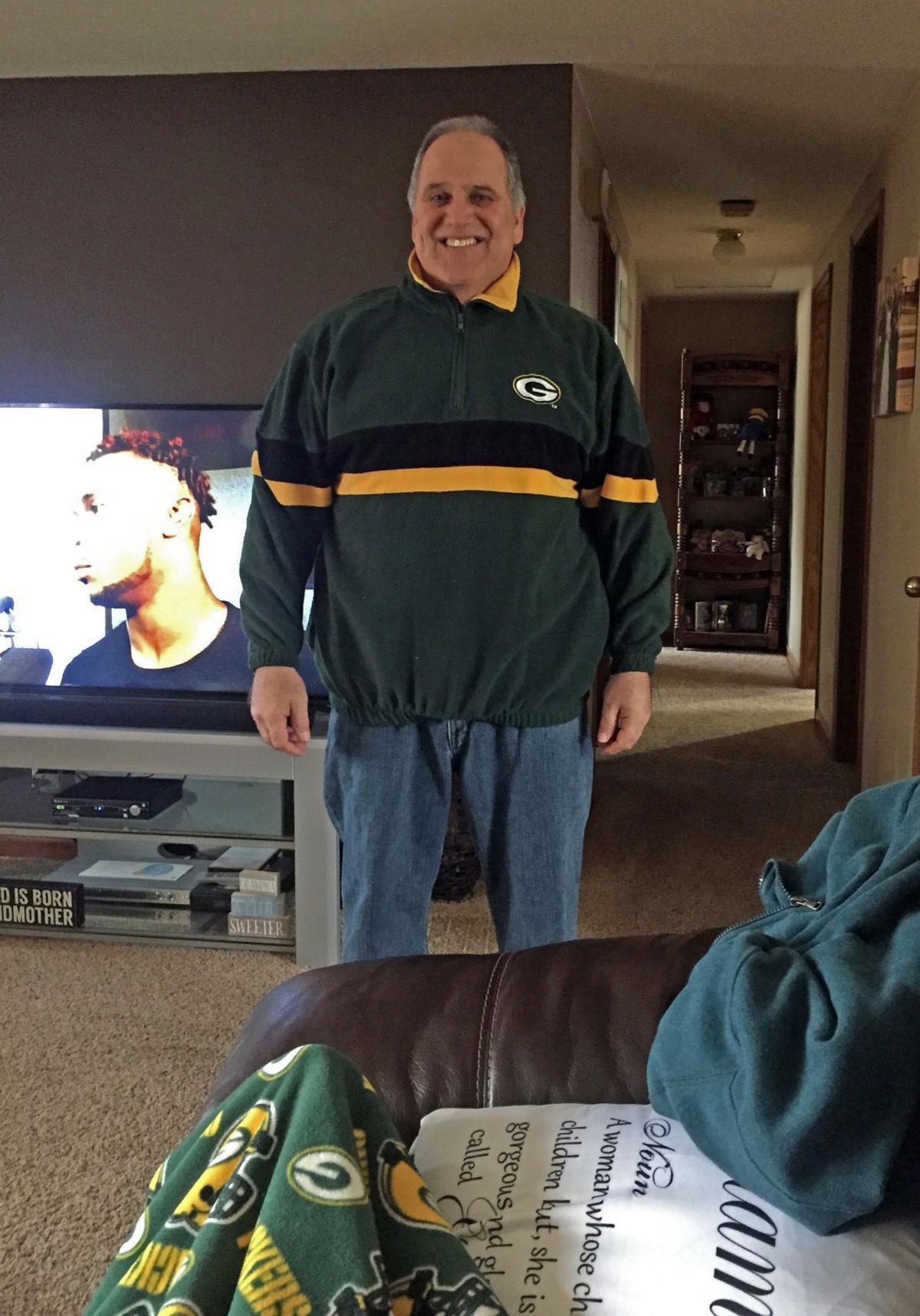 Game day was a highlight of the week for Mark Marano. Pictured here in his living room Mark is decked out in a Green Bay Packer sweatshirt that had belonged to his father.

Mark Marano was a family man.

He loved “being Italian and having a large Italian family,” said his wife, Lora. “It was very important for him to keep everyone together.”

“And (after the golf outings) he invited everyone back to the house for a barbecue. It was an afternoon of good times,” added Carly’s husband, Robert Morrone.

When his grandson Giovanni “Gio” was born prematurely, Mark stepped in help Carly and Robert care for him. “He was the best nanny for Gio,” said Mark’s daughter, Mallory.

“His family was his life,” Lora said.

“Mark was a better family man than anyone I ever knew,” said Steve Malko. Steve and Mark met as Lincoln Middle Schoo students and remained lifelong friends. “It was a once-in-a-lifetime friendship we had,” he said.

Mark’s working life consisted of employment with American Motors Corp., and co-ownership of M&P Excavating, a lawn service and snow removal business he owned with his brother, Peter Marano.

Mark was born May 25, 1956, in Kenosha, the second oldest of six children born to Carmine and Dora Marano. He attended local schools, graduating from Tremper High School in 1974.

Mark met his future wife, Lora Petravicius, when they were teenagers. Lora recalls seeing Mark for the first time during the summer between ninth and 10th grades. “He was playing football in a park near my home and I told my girlfriend that someday I was going to marry him.”

That declaration came to pass when after dating in high school, they married on May 24, 1980. They settled in Kenosha and had two daughters.

Mark was an involved parent, especially when it came to his daughters’ sports activities. “He was always the first one there,” Carly said.

“And the loudest one — cheering us on,” added Mallory.

Mark began working at American Motors Corp. just after high school, working his way from the production line to supervisor.

In 1989, after the plant closed, Mark and Peter started M&P Excavating, hauling gravel and freight in the spring and doing snow removal in the winter.

The enterprise grew from one dump truck to several trucks and employees.

One of their springtime jobs was rolling lawns. “Their motto was ‘Roll your lumpy lawn gone,’” Mallory said.

He and Peter collected and restored AMC’s AMX cars. “Mark and Peter could fix anything,” Lora said.

Mark loved fishing and owned a fishing boat with his father which they sometimes hired out for fishing charters.

“At one point we had hired enough drivers and Mark didn’t want to drive anymore so his ‘summer job’ was to take our dad fishing,” said Peter.

Mark participated in local fishing tournaments including Cohorama and Salmon-o-rama. “We kids grew up on Lake Michigan,” Carly said.

After Mark sold the boat, he resumed golfing with friends and family.

After Mark’s parents died in 2006 and 2007, his dedication to family traditions increased, Lora said. “We became more involved in his parents’ parish, Mount Carmel.”

Mark cooked sausages for the annual church festival where he was known as ‘the Sausage King,’” she said.

A man of faith

Mark’s faith was very important to him, said family. “He gave me a hard time if I didn’t take Gio to church on Sundays,” Carly said.

Another tradition he kept alive was the family garden started years ago by his parents. “He was so proud of it; he had hundreds of plants — tomatoes, eggplants, peppers,” Mallory said.

Mark’s affinity for the Green Bay Packers was the stuff of family legend. A “huge Packer fan,” he made Sunday football a near-sacred event. “He had to watch the game in his home and didn’t like (game day) parties because he didn’t want anyone talking during the game,” Mallory said.

“He stood and yelled at the TV and if we walked in front of the TV, he’d yell at us,” she added.

But among his chief loves was his grandson. “Gio just changed Mark’s life,” Carly said.

“He was very dedicated to our son,” Robert said. “They were best buds.”

Mark’s caring nature was extended to other family members as well.

“Anytime anything went wrong at my house, like my washing machine breaking, he fixed it,” Carly said.

“And none of us ever had to do our own oil changes,” Mallory said.

“If he didn’t know how to do something, he’d get a buddy to help or do it,” Lora said.

He was also “Mr. Fix-It” of former homes of relatives that he managed as rental properties.

“He had a heart of gold, he would do anything for someone, he never said ‘no,’” Lora said.

“I admired him for the heart that he had,” Steve said.

Mark did a lot of things and had a lot of interests, but at the end of the day, Mallory said, “all he really wanted to do was stay home with his family.”

Each Monday the Kenosha News remembers the life of a Kenosha area resident who has recently died. Here is a collection of the lives that have …

Mark and Lora Marano at a wedding at the Grain Exchange in Milwaukee.

Mark Marano, right and his brother, Peter, with Mark's 1970 AMX.

Mark Marano smiles as he enjoys a day out on the golf course.

Game day was a highlight of the week for Mark Marano. Pictured here in his living room Mark is decked out in a Green Bay Packer sweatshirt that had belonged to his father.