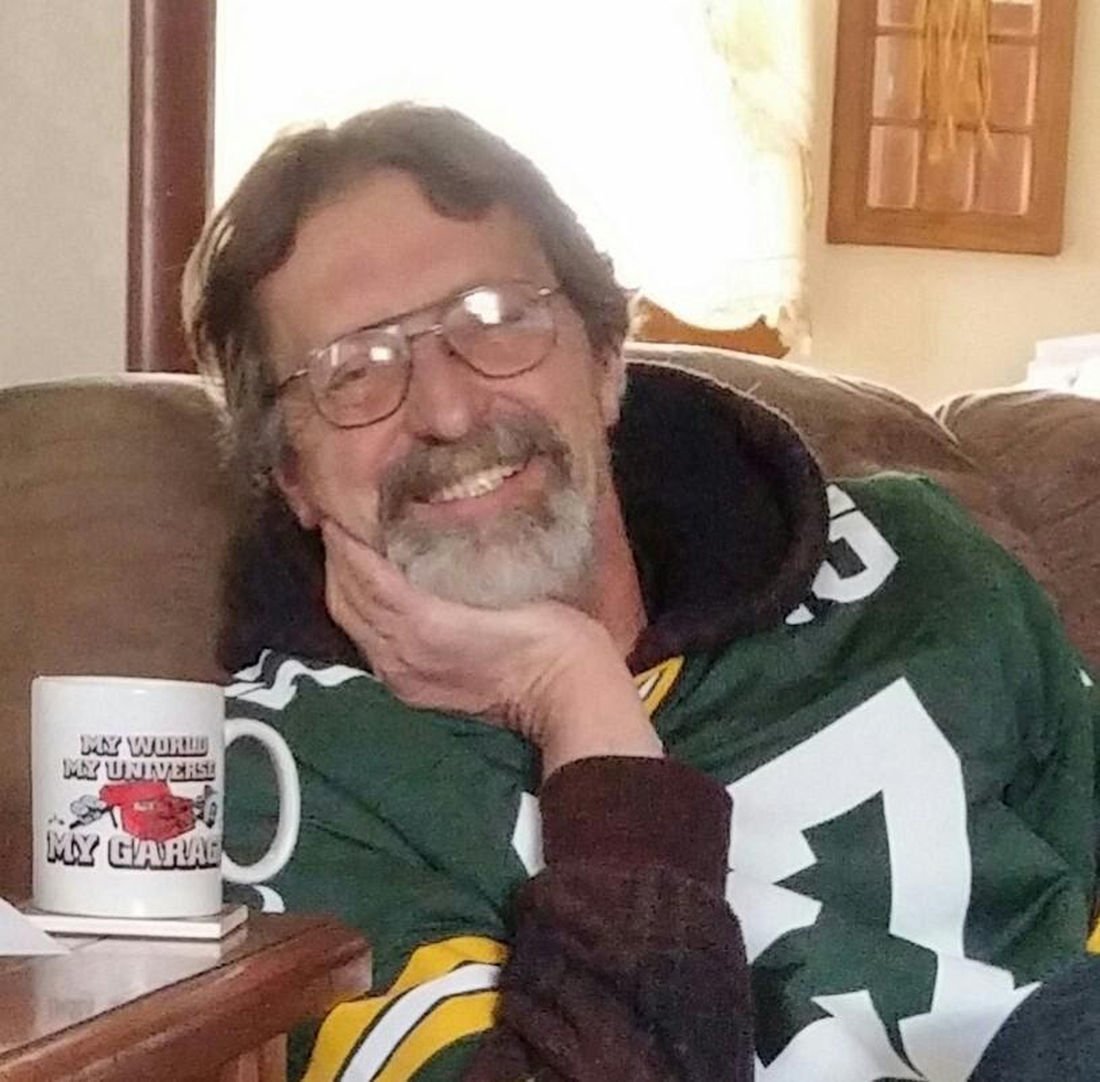 Tim Ammon was known for his big smile and being a big Packers fan. 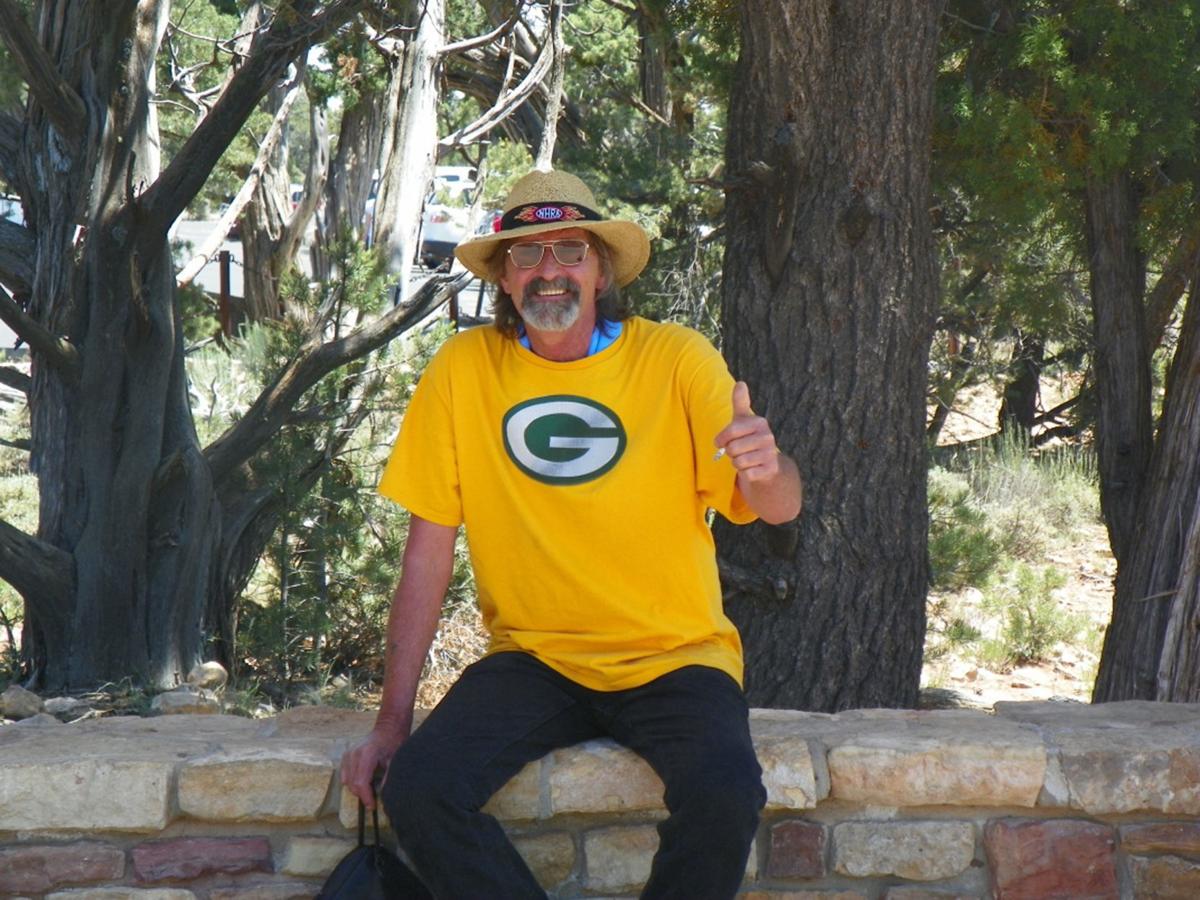 Tim Ammon during an outing with his family. 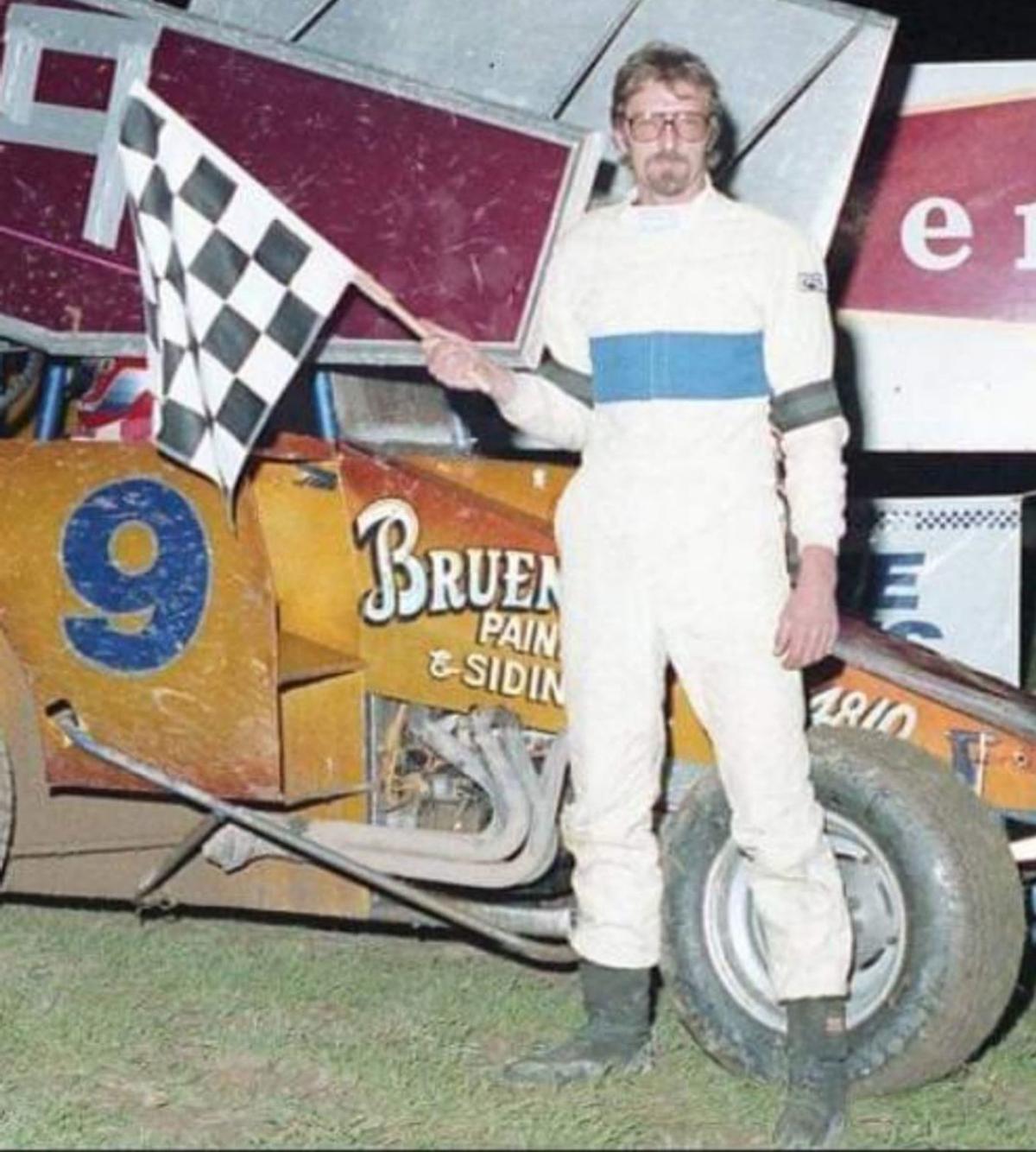 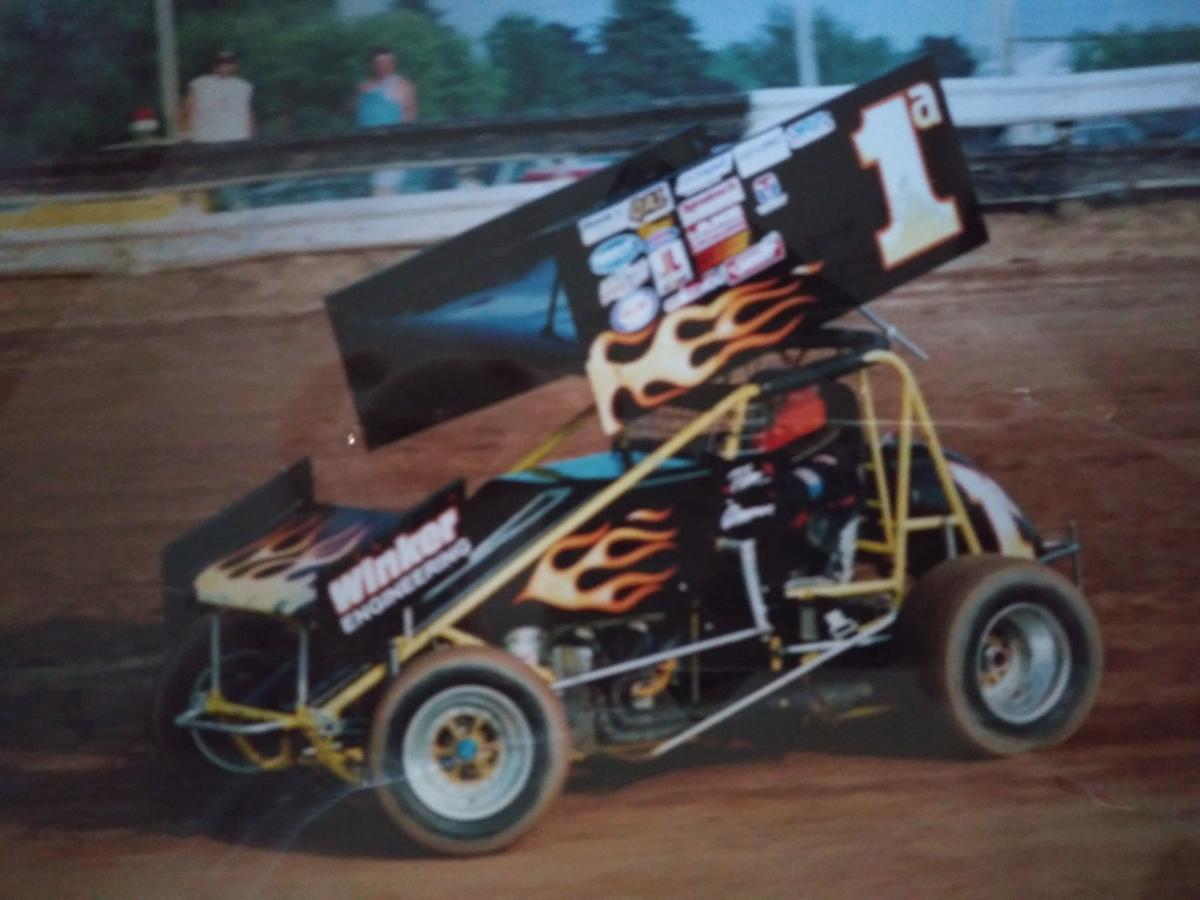 Tim Ammon in a sprint car of his own design on the racetrack at Wilmot Speedway. 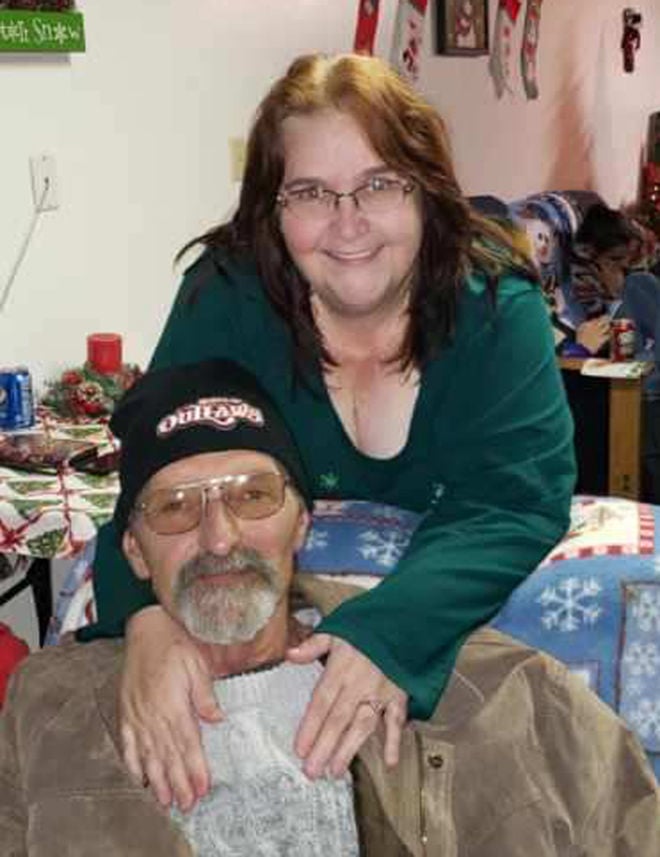 Tim Ammon and his wife, Sarah. 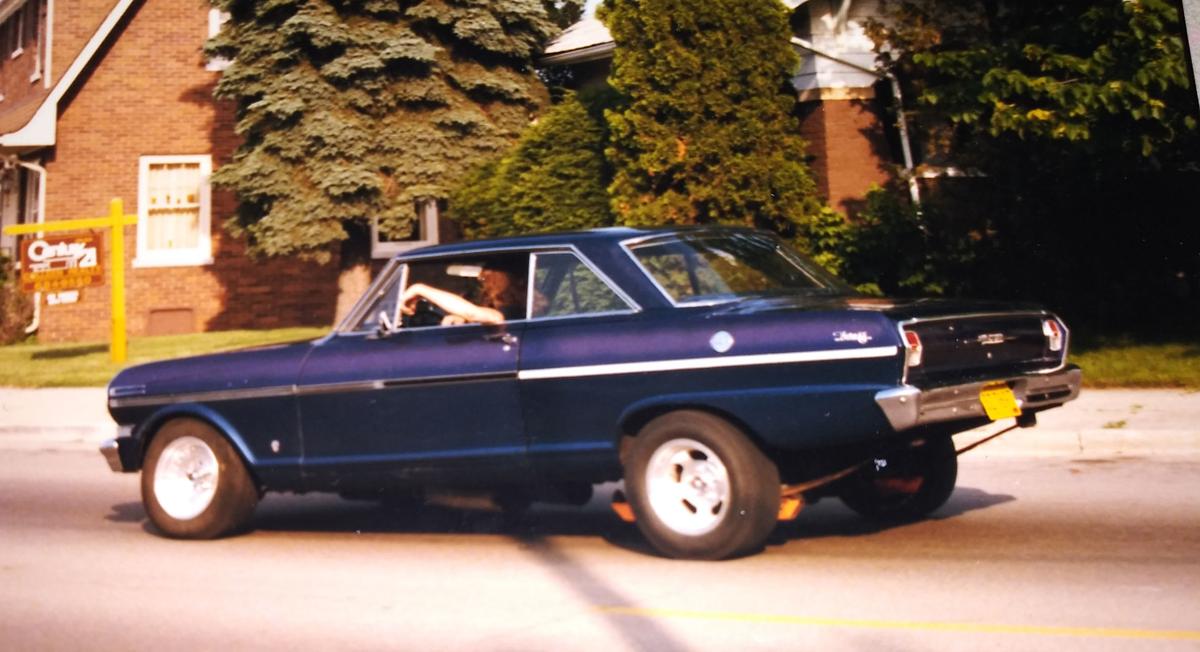 Tim Ammon in his Chevy Nova.

Tim Ammon was a wild child. But he was “a good wild child” whom everybody loved, said family.

He loved sprint car racing and was a talented mechanic, gladly volunteering to repair vehicles for fellow racers, friends and family.

“He didn’t have the best equipment, so didn’t win (races) a lot, but he was always right there to help others when they broke down,” said his wife, Sarah Ammon.

At some point, however, life got a little too wild, and when that happened, Tim took the pledge of sobriety and turned his life around for good.

“He was very proud of his sobriety,” Sarah said.

Tim was born on June 28, 1957 to Harry and Lois (Storrs) Ammon in Kenosha. The family worked a livestock farm located at Highway 31 and Green Bay Road.

Tim attended Kenosha schools, but left high school to help on the family farm until he went to work at American Brass at age 21.

Tim’s interest in racing and fixing sprint cars began early. He raced his modified hot rods at Wilmot Speedway and was a member of the International Racing Association.

He developed an interest in and skill for repairing automobiles and loved to frequent the Wilmot racetrack.

“Everyone at Wilmot had the utmost respect for him,” Sarah said.

Longtime friend Jeff Wisecup met Tim when the former was just a boy. “My dad was into racing and on pit crews (at Wilmot),” explained Jeff.

Frequenting the track with his father, Jeff was impressed with Tim’s prowess with fast cars.

“We weren’t related by blood, but Tim was definitely like a family member,” Jeff said.

Jeff said Tim developed a reputation for helping everyone with their vehicles on and off the racetrack.

“He worked on a lot of friends’ cars — guys down the street would drop by and ask, ‘Hey can you look at this for me?’” he said.

“Tim loved working on cars, even though he would complain when he couldn’t get something right,” Sarah said.

In 1988, Tim began attending AA and NA. Sarah says that American Brass was very supportive of Tim during this time. “They had a lot of respect for him,” Sarah said.

Tim met Sarah Horton in 1989 through family friends, and they began dating.

She recalls his standard attire was always “a racing t-shirt, a flannel (shirt) and motorcycle boots.”

When they met Tim had two daughters and Sarah had three young children and they decided to wait on marriage.

Tim was a good step-father, said Sarah. “He loved kids; probably because he was a big kid himself,” she said.

Tim hung up his racing helmet to spend more time with his new family, as well as save on expenses, Sarah said.

Over the years he and Sarah enjoyed trips to Mount Rushmore and the South Dakota Badlands and Las Vegas casinos.

After American Brass closed in 1999, Tim worked for 10 years as a truck mechanic at Quality Carriers.

Tim was remembered as a big Packers fan with a big smile who made time to be with his grand- and great-children.

“I would say that Tim fit the category of the nicest individual you could meet,” Jeff said.

Here are the obituaries that have been published online and in the print product of the Kenosha News between April 23 and April 30, 2020.

Tim Ammon was known for his big smile and being a big Packers fan.

Tim Ammon during an outing with his family.

Tim Ammon in a sprint car of his own design on the racetrack at Wilmot Speedway.

Tim Ammon and his wife, Sarah.

Tim Ammon in his Chevy Nova.