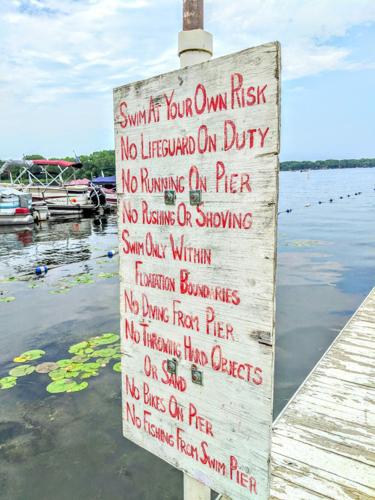 A sign outlines the rules at Powers Lake beach. The 8-year-old girl who drown was reportedly swimming in the designated area but was not wearing a flotation device. 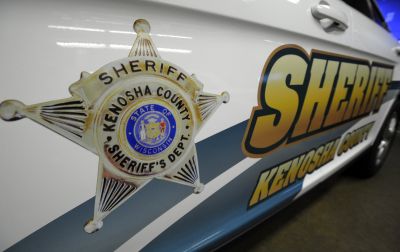 POWERS LAKE —The family of an 8-year-old girl who died in a drowning accident Tuesday night dreamed of one day pursuing a career in fashion design.

J'Lynn Sparks "could light up a room with her smile," according to the GoFundMe page established by family friend Meaghan Cheverette on Wednesday.

"She loved spending time with her family and friends and wanted to be a fashion designer in New York when she grew up," the post reads. The online fundraising campaign was set up earlier Wednesday to assist the family with expenses in the wake of the tragedy.

On Tuesday night authorities were called to the scene at 5:46 p.m. to 9018 Lake Park Drive, Lakeside Park for a report of a drowning at Powers Lake. Upon arriving at the beach, rescue personnel attempted life-saving measures, according to Lt. Keith Fonk of the Kenosha County Sheriff’s Department. According to Sheriff David Beth, authorities on scene said the 8-year-old girl was pulled from the water.

According to a news release, Kenosha County deputies responded at Lakeside Park on the south end of Powers Lake for a report of a drowning child. Dispatch advised that law enforcement officers from Walworth County had originally been called prior to Kenosha County deputies and were already on the scene performing CPR on the child.

Initial reports indicated that she had been swimming in Powers Lake in a roped-off swim area. The girl was found unresponsive in the water by another swimmer near the end of a pier at the beach, according to the release.

The child was not wearing a flotation device. Richmond, Ill.- rescue personnel arrived a short time later, took over life-saving measures and transported the child to a hospital in Burlington. Authorities said the child died at the hospital. The incident remains under investigation.

Families in need of assistance in dealing with the tragedy are encouraged to contact the Mental Health Resource Center at 262-764-8555. The sheriff’s department asks that anyone with information regarding the incident to contact the Kenosha County Sheriff’s Department Detective Bureau at (262) 605-5102.

The latest reported drowning is the second Kenosha County has experienced in a week.

On July 12, rescue personnel pulled a 5-year-old boy from Lake Michigan after he went missing near the mouth of the Pike River at Pennoyer Park in Kenosha. The boy, whose identity has not yet been disclosed, was reported missing at 6:17 p.m. that day, minutes after a “near drowning” had been reported of an older child who was with him, according to officials with the Kenosha Fire Department.

He was found about 45 minutes later with the help of a beachgoer who volunteered the use of his drone to assist in finding the boy. The boy was located submerged in the water 50 feet from the shoreline. Emergency medical personnel performed “cold water resuscitative measures” prior to transporting him to a local hospital; however, he died a day later.

The investigation into the boy’s death continues with the police department and no additional details have been released.

A man armed with a knife was arrested after he reportedly made threats against a person at a home in the 3800 block of Sheridan Road late Monday.

Kenosha Police Department’s Special Investigations Unit has seized 15.3 grams of “straight fentanyl”, along with other illicit drugs during a …

UPDATE/WATCH NOW: Fire now out as We Energies responds to electrical utility pole at 60th Street near 14th Avenue

UPDATE: We Energies has responded to the scene of a utility pole fire at 60th Street near 14th Avenue and the fire had burned itself out, acco…

Two men are in custody, including one who reportedly threw a firearm out of the window of a vehicle, following a pursuit that ended near 60th …

This Day in History: The Washington Monument is completed

The Bordeaux region, in crisis, calls for help to pull out vines

The Bordeaux region, in crisis, calls for help to pull out vines

Shocking royal family interviews that changed the course of ‘The Firm’

Shocking royal family interviews that changed the course of ‘The Firm’

A sign outlines the rules at Powers Lake beach. The 8-year-old girl who drown was reportedly swimming in the designated area but was not wearing a flotation device.