After more than a century in business, pandemic closes Jack Andrea's doors for now
View Comments
Share this
{{featured_button_text}}
1 of 3 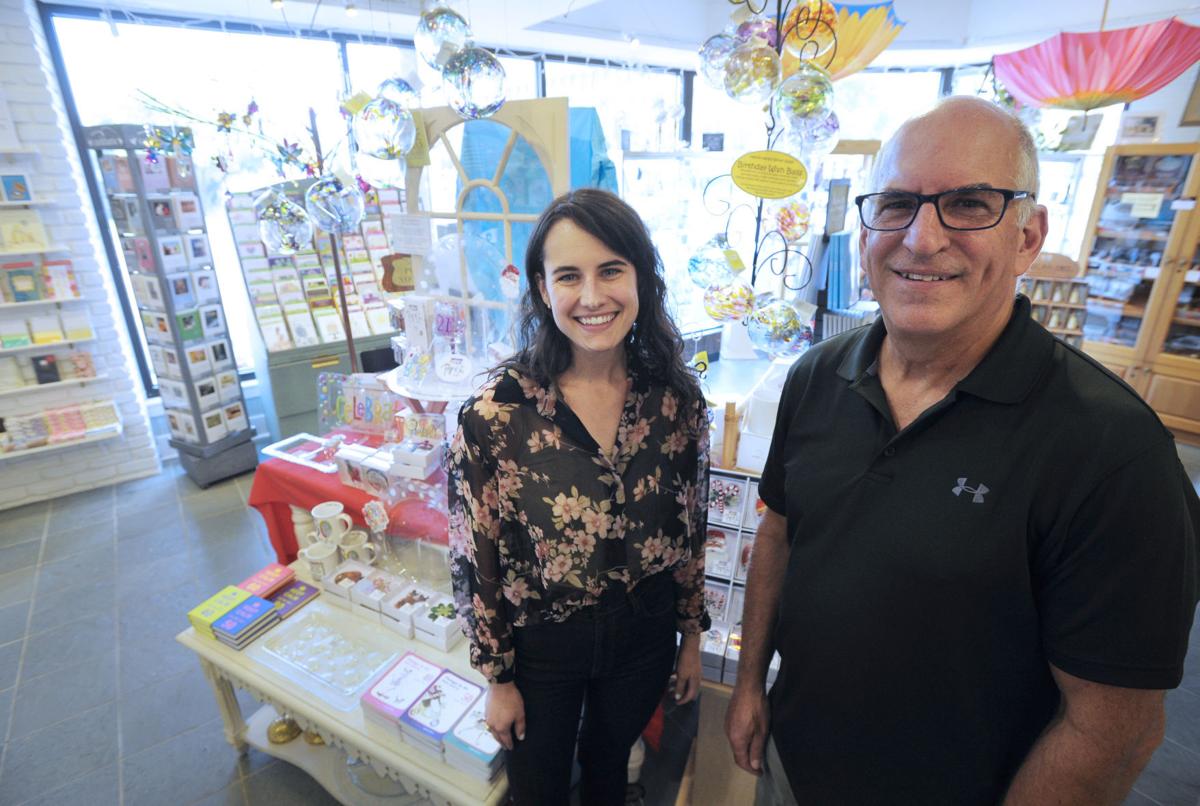 In this 2017 photo, Annie Goodman, left, the fourth-generation manager and owner, along with other family members, of Jack Andrea poses with her uncle David Andrea. The family that owns the shop announced online Wednesday morning that the store is closing for now, with hopes to reopen in the future. 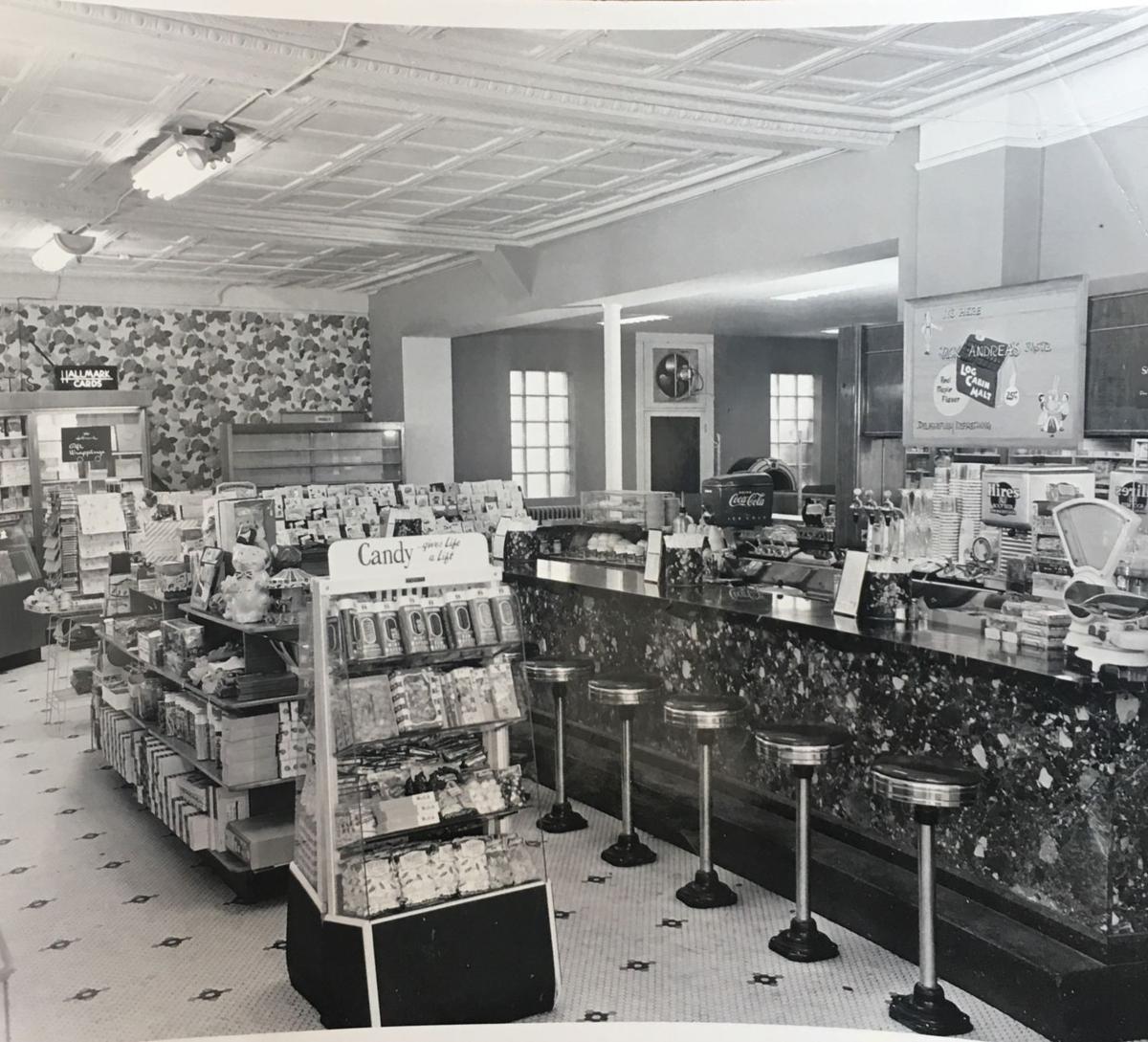 A 1968 remodeling of Jack Andrea changed the name of the cafe to “Weathervane.” The iconic retail store and cafe have been remade several times over the decades. 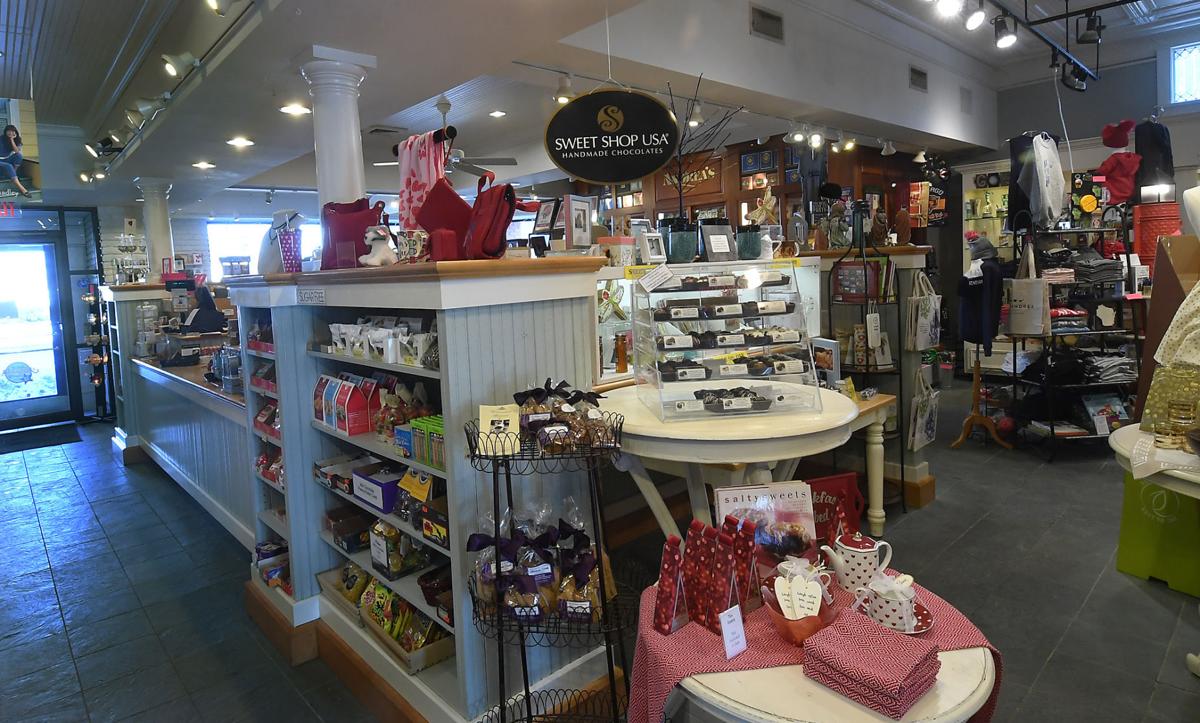 The family that owns Jack Andrea announced online Wednesday morning that the store is closing for now, with hopes to reopen in the future.

Jack Andrea, the cozy Uptown retail shop, a centerpiece of Kenosha’s retail community for more than 100 years, is closing its doors for the foreseeable future.

The family that owns the shop announced online Wednesday morning that the store is closing for now, with hopes to reopen in the future. It had fallen prey, like many small businesses, to the ongoing COVID-19 pandemic.

“Given the recent COVID spikes in our area, we’ve come to the difficult decision to pause our in-store operations for the foreseeable future — we don’t currently see a way for our in-person retail business to continue operating in a way that is safe and responsible for both our customers and staff,” the family announced.

Alderman Jan Michalski said the closing is a big loss to the neighborhood and the city.

“There are some stores that kind of define Kenosha, and Andrea’s is one of them. Tenuta’s is another,” Michalski said. “These are stores that, when they close, really leave a big hole. I hope they find a way to reopen.”

Annie Goodman, the fourth-generation manager of the store and owner along with other family members, said the decision was difficult, but she hopes it will give the family time to re-evaluate the future of the shop.

“We are really choosing to remain hopeful and positive that this isn’t the end, that it’s just a necessary change, and that’s OK,” she said.

Goodman said it is not clear whether the family will reopen the store as it is now.

“I’ll be honest, we’re not so sure,” she said. “We’re not sure how we will reopen. Will it be the same building, the same version of what we were? Probably not. ... We have to see how we fit into the marketplace again.”

Goodman said the family was especially thankful to the shop’s “incredibly loyal customers and advocates.”

The shop began in 1911 when Giacomo Andrea began selling tobacco and candies from a piano crate, catering to men and women working at a nearby factory. He opened the store and soda fountain four years later.

Over the years, the family has reinvented the shop at 2401 60th St., which stocks an eclectic mix of women’s clothing, gifts, jewelry, chocolates, cigars and Kenosha-centered memorabilia. The soda fountain has been a mainstay.

With its tiny cafe and compact sales floor, social distancing in the shop was practically impossible.

Because of that, the store closed to in-person shopping at the beginning of the pandemic, then reopened in the late fall. But it closed again before the Christmas season because of safety concerns as the virus spiked in the area.

“At Christmas, we made a really tough decision to shut our doors and go to booking appointments and online sales,” Goodman said. “Normally we would have seen crowds in there that would have been shoulder to shoulder, which we were so lucky to have for decades.”

But she said that did not seem safe for staff or for customers.

The shop reopened for in-person sales after Christmas, Goodman said, during what is normally a slower time for the business. Goodman said they were trying to “find the delicate balance” between safety and the shop’s financial well-being. She said the family decided recently that shutting the doors was the best decision rather than to “yo-yo between being opened and closed.”

“It’s something we think we have to do. While it is financial in a way, it still remains a health and safety issue. That’s just the reality,” Goodman said. “The safety of our staff and family and our customers continues to be at the top of mind.”

Kenosha County Executive Jim Kreuser said, “Andrea’s is a Kenosha institution if there ever was one, and I’m very sorry to hear of the difficult decision that the family has made to close up shop, at least temporarily.”

Kreuser said the pandemic has been hard on small business, forcing them to change business models quickly.

“With the arrival of the vaccine and the resiliency that Kenosha County’s people and businesses have shown for so long, I know that brighter days are ahead, hopefully soon,” he said.

The pandemic has been especially tough on retailers and the hospitality business. A report released in September by Yelp found an estimated 163,735 businesses have closed nationwide since March 1 and that about 60 percent of closures due to the pandemic had become permanent. Restaurants and retail shops were the hardest hit.

Goodman said the decision had nothing to do with the unrest in August that led to rioting and arson in Uptown. The family and business have been ardent supporters of the neighborhood.

Alexandria Binanti, executive director of Downtown Kenosha Inc., said the city’s Downtown seems to have been resilient despite the challenges of both the pandemic and unrest during the summer, with more small businesses opening Downtown this year than last.

“We’ve seen a net of almost 16 new businesses this year, to last year’s nine,” she said.

“We have to see another wave of state and/or federal funds become available for small businesses, because these places have been in survival mode for too many months,” she said. “If this trend of closure continues, we will have long-lasting effects on our economic landscape.”

Goodman said Jack Andrea will be open for online shopping, phone orders and curbside pickups through Feb. 6, with all merchandise on sale at 50 percent off. The announcement online states they plan to reopen for another sale at some point in the summer.

Binanti called Jack Andrea a “partner” to the Downtown community.

“I am sure this was not an easy decision,” she said. “These businesses are so often much more than a product or service. They are many people’s lives, their passions, and a part of their identity. We truly hope this closure is temporary.”

In this 2017 photo, Annie Goodman, left, the fourth-generation manager and owner, along with other family members, of Jack Andrea poses with her uncle David Andrea. The family that owns the shop announced online Wednesday morning that the store is closing for now, with hopes to reopen in the future.

A 1968 remodeling of Jack Andrea changed the name of the cafe to “Weathervane.” The iconic retail store and cafe have been remade several times over the decades.

The family that owns Jack Andrea announced online Wednesday morning that the store is closing for now, with hopes to reopen in the future.