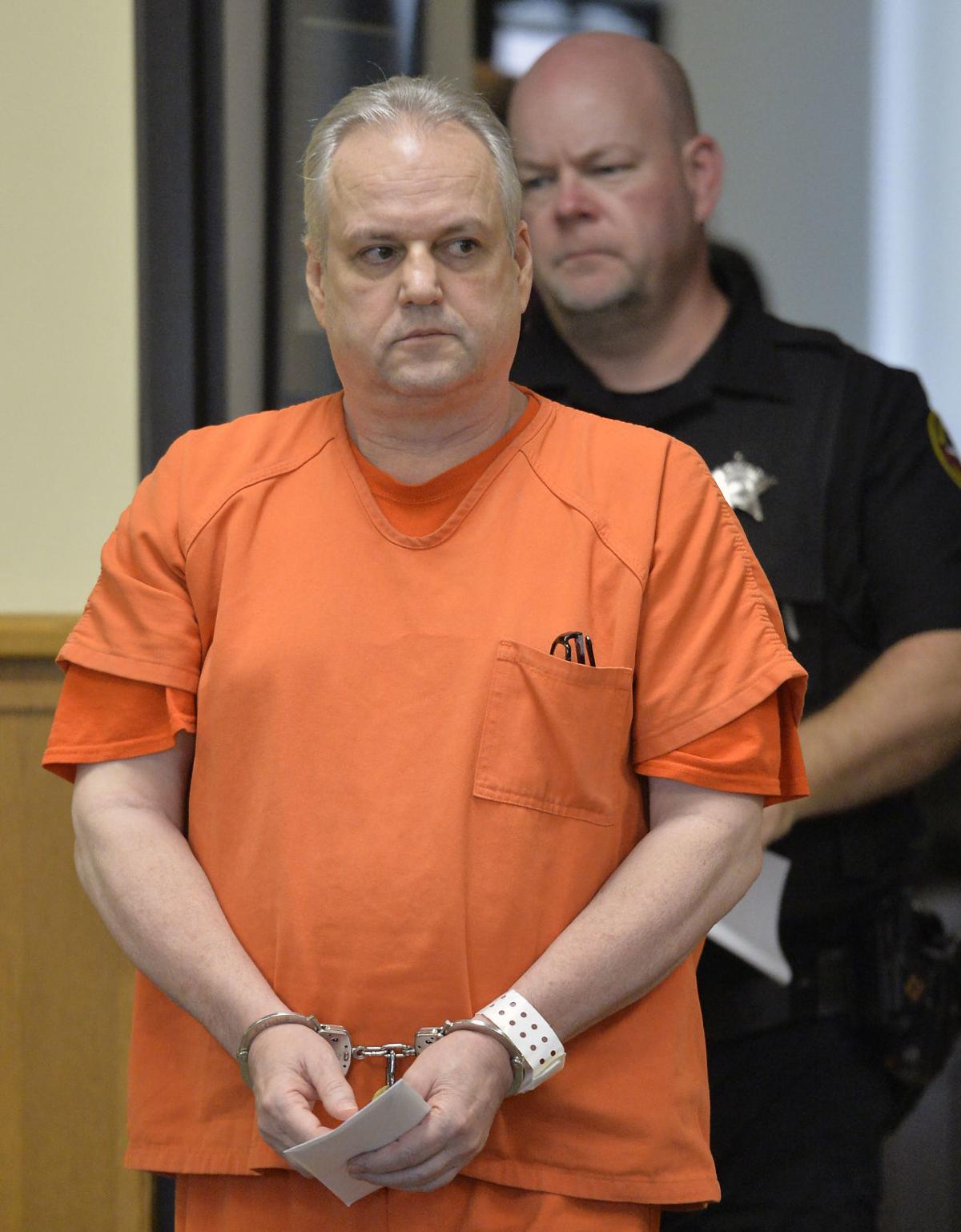 Derrick Matthews appears in Judge Jodi Meier’s courtroom for sentencing on Friday. He received seven years in prison for his role in helping his sister Donna kill her ex-boyfriend Michael Gayan. 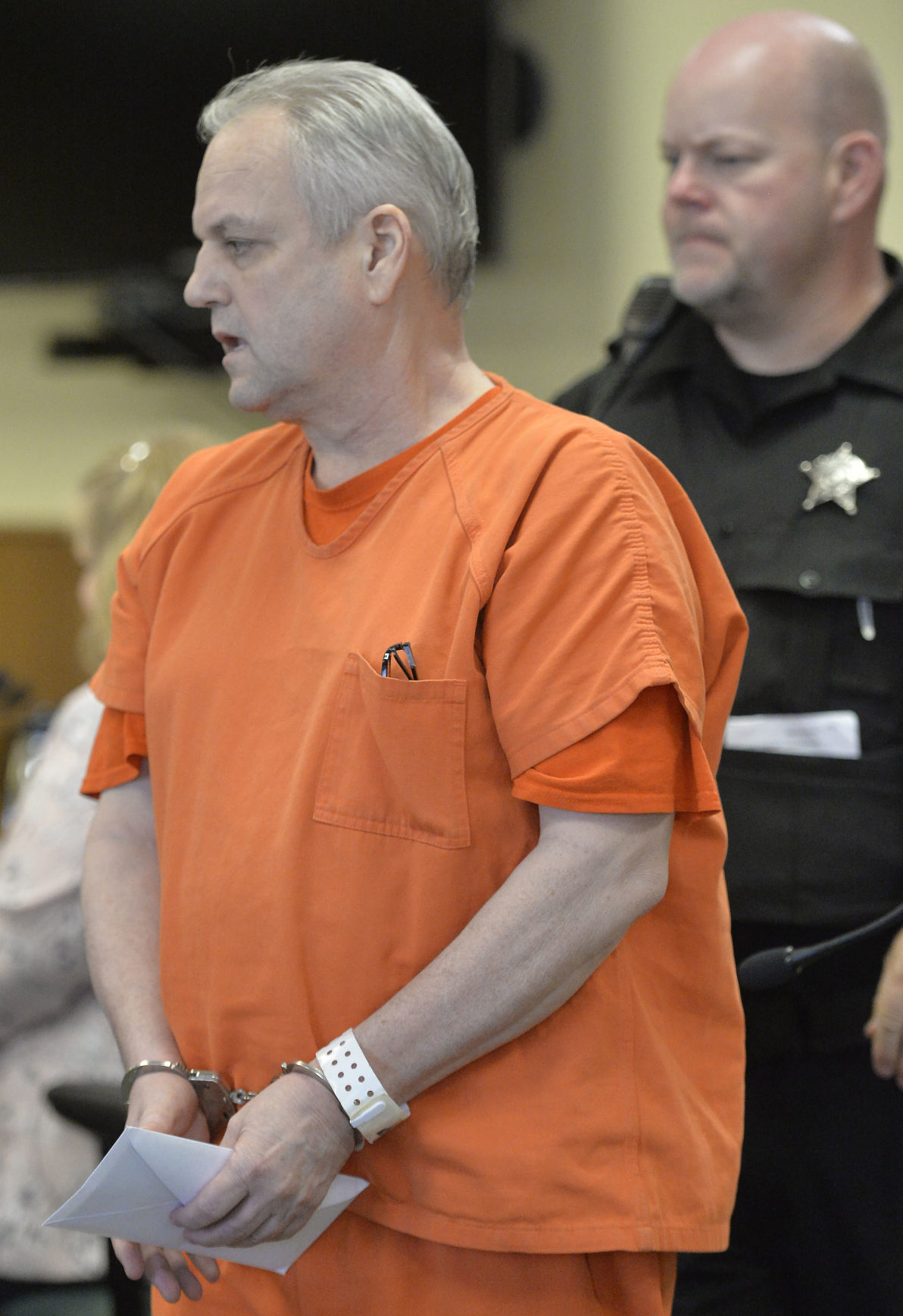 Derrick Matthews appears in Judge Jodi Meier's courtroom for sentencing on Friday. He received seven years in prison for his role in helping his sister Donna kill her ex-boyfriend Michael Gayan.

Derrick Matthews — who helped his sister Donna when she carried out a plan to shoot her former boyfriend Michael Gayan — was sentenced to seven years in prison for his part in the killing.

“He would never be in a situation like this but for his love and misplaced trust in his sister,” defense attorney Mark Richards said during Friday’s sentencing hearing.

Donna Matthews was convicted of killing Gayan, shooting him to death at his home near the Kenosha lakefront on July 4, 2016. She has maintained that she was driven to kill Gayan because he was stalking her and had threatened to kill her and members of her family.

Derrick Matthews, who at his sister’s trial said Gayan behaved “as a man possessed,” helped his sister carry out her plan, in part by providing the handgun she used, and by driving her to and from Gayan’s home the night she killed him.

At his sister’s trial, Derrick, 57. testified that he believed his sister acted because she was afraid of Gayan, but said he has since decided he was wrong to help her.

Derrick Matthews said Friday that he regretted his involvement. He had not learned until preparations for the trial that his sister had often been in contact with Gayan after their breakup — at the same time she was telling family she was trying to escape him — and that she had set up meetings with him, including having him come to visit her in Hawaii.

“It appears that my sister manipulated me and took advantage of me,” he said.

Asked at her trial what his feelings were about the case now, he said, “I’m not sure what you mean, but the situation could have been resolved in some way other than murder, probably.”

As part of a plea agreement with prosecutors, Derrick pleaded guilty to a lesser charge of second-degree intentional homicide, a charge that carries a potential sentence of up to 60 years in prison.

Prosecutors recommended he be sentenced to spend seven years in prison followed by an unspecified term of extended supervision. A second charge of aiding a felon was dropped as part of the agreement.

Defense attorney Richards asked that his client be sentenced to five years in prison, saying that he was not a danger to the public.

“Donna and Michael Gayan had a toxic, toxic relationship, and Donna Matthews sucked my client into it,” he said.

Richards also said that while Gayan did not deserve to be killed, he said there was evidence he was a violent person who had terrorized people in the past. As a longtime defense attorney who has been involved in 60 homicide trials, “this is the first time I have seen a letter from the son of the deceased thanking the shooter,” Richards said. “He was a scary guy.”

Judge Jodi Meier told Derrick Matthews at the sentencing that there was “no doubt that your sister manipulated you and preyed on your emotions,” and said she gave him credit for testifying at trial. “I have no doubt that must have been difficult for you, especially because of the loyalty to your sister.”

Donna Matthews was sentenced on Aug. 31 to spend the rest of her life in prison without a chance for parole.

Faced with an oversupply, dairy farmers have to dump milk

Dumping milk is not something Tom Leedle, co-owner of Black Cat Dairy farm in Lake Geneva, said his three-generation farm family has ever had …

One person in Racine County, a man in his 70s, has died from complications related to COVID-19. It marks the first death caused by the novel coronavirus in the county, one of more than 35 deaths reported statewide.

After a woman confronted a Kenosha man going through her parked Lexus Sunday afternoon, the man told police who arrived that he was having an …

Derrick Matthews appears in Judge Jodi Meier’s courtroom for sentencing on Friday. He received seven years in prison for his role in helping his sister Donna kill her ex-boyfriend Michael Gayan.

Derrick Matthews appears in Judge Jodi Meier's courtroom for sentencing on Friday. He received seven years in prison for his role in helping his sister Donna kill her ex-boyfriend Michael Gayan.