CALEDONIA — It took nearly a full year on the market, but an 11-acre, five-lot property just north of Six Mile Road — with a fully furnished three-bedroom, three-bathroom house literally hanging over the edge of a fast-eroding bluff overlooking Lake Michigan — sold in late April.

The five-lot property anchored by 7009 Novak Road sold for a little more than $250,000, according to county records, almost $200,000 less than the online listed asking price. But much of the land is little more than rubble and the fully furnished home is at risk of demolition by nature.

It was one of the most challenging sales of RE/MAX Realtor Jo Ann Vetter’s career.

But, after some creative listings; the seller compromising to cut the price when it became clear the erosion wasn’t going to stop; a buyer willing to take a risk coming forward; and photos of the precarious property generating some laughs on social media, a deal was made.

Erosion will continue to be a problem

Bluff erosion along the Caledonia shoreline can be seen on Feb. 3, 2020, from the cockpit of local certified financial planner Michael Haubric…

In a matter of minutes during a massive storm in January 2020, up and down the coastline along southeast Wisconsin, dozens of feet of land disappeared into Lake Michigan, moving the bluff dangerously close to homes — one house in White River Township, Mich., collapsed because of the storms and a home in Pleasant Prairie was rendered unlivable at about the same time. The shoreline has continued to erode since.

The erosion has been blamed on climate change, the natural course of Mother Nature, constantly changing water levels and myriad other causes. It continues to be a problem, and experts expect the erosion to quicken in the near future.

According to U.S. Army Corps of Engineers records, all five Great Lakes have seen rises in water levels over the past decade above the 100-year average.

It’s unlikely that local, state or federal governments to step in and rebuild the bluffs to protect those homes. Such a venture would cost millions in tax dollars across multiple municipalities, and there’s no guarantee it would be effective — Mother Nature’s persistence usually beats man’s efforts.

“The best solution is to start planning ahead and basically put shoreline property owners on notice,” Dick Norton, a professor of urban and regional planning at the University of Michigan, told the Wisconsin Examiner last year. “‘You have built in a place that’s naturally giving into the lake. There will come a time that you need to pick up your structure and move it back. It’s easy to talk about in theory, but it’s really hard to do in practice.”

That doesn’t mean property owners have no chance to sell their shrinking properties, although they may not make as much as they would’ve a couple years ago. Vetter said her clients “certainly did not get what they hoped” for 7009 Novak Road, for which the listing price was more than $400,000.

“It was very, very challenging to establish a price on it,” Vetter said.

She remembered one occasion where an Illinois couple called her, saying they were driving up to check out the house, interested in living in a ranch home overlooking Lake Michigan. The Realtor thought to herself: “Uh, have they seen the drone photos I took?” The peril didn’t click for a lot of potential buyers until Vetter made it clear how likely it was the house could end up at the bottom of the lake without some serious work being done.

Other potential buyers figured there would need to be another massive storm like the one in early 2020 to decimate the bluff, but that’s not necessarily the case. The soil underneath the house is constantly shifting and could give way, similar to how avalanches on mountains can be set off by a small stimulus that triggers a chain reaction.

Noting how the waves of Lake Michigan will never stop, “the instability of the bluff is something you can’t predict,” Vetter said.

At the Novak Road property, after last year’s storm, there was a small gate standing a couple feet from the bluff edge. A few weeks later, Vetter said the gate was nowhere to be found, likely consumed by the lake.

No matter what, Vetter said that the buyer “would have to deal with the fact that this house is imperiled.”

Photos of the house, looking like a disaster about to happen, appeared on TikTok and the Twitter account “Zillow Gone Wild.” When that attention came in recent weeks, Vetter could only laugh, especially knowing the sale had finalized more than a week before the Twitter post received attention.

This doesn’t seem up to code.

A home at 7009 Novak Road, Caledonia, is threatened by lakefront erosion, but the property sold late last month.

After months of unsuccessful pitches to people who wanted a lakefront home without the hassle of living on a cliff, Vetter changed tactics. She got the OK from the owners — who had been in Arizona when the 2020 storm hit and have since chosen to not move back to Wisconsin — and added a new listing.

In addition to listings of a lakeside ranch home that needs some safety measures, she started listing the property as vacant land that just so happens to have a house on it.

That’s when her luck changed. Now, instead of getting over-excited offers from wishful thinkers who wanted a lake house but hadn’t realized the peril, “the people who were calling me on it then were contractors looking for lakefront land,” Vetter said. The offers were coming from people who were saying: “I can come in and shore that up.”

The ultimate buyer, who declined to speak with The Journal Times on the record, fits that demographic. He’s currently seeking an estimate of how much it will cost to protect the bluff and the house on it. “They’ve got their work cut out for them,” Vetter said.

Mount Pleasant's director of public works and village engineer said he estimates the area has eroded about 50 feet. The project is estimated to cost $1.7 million and could begin in 2022.

No easy answers; communities across Great Lakes struggle with erosion

Southeastern Wisconsin isn’t the only region along the Great Lakes caught off guard by high water levels and a shrinking shoreline.

A house in Pleasant Prairie now rests on a mini cliff just above the Lake Michigan shore created by fast-moving erosion. Without government aid, nearby homeowners fear their houses could be next.

RACINE COUNTY — When Stan Olszewski bought his lakefront property in Mount Pleasant in 2012, the lake was the lowest it had been in years. 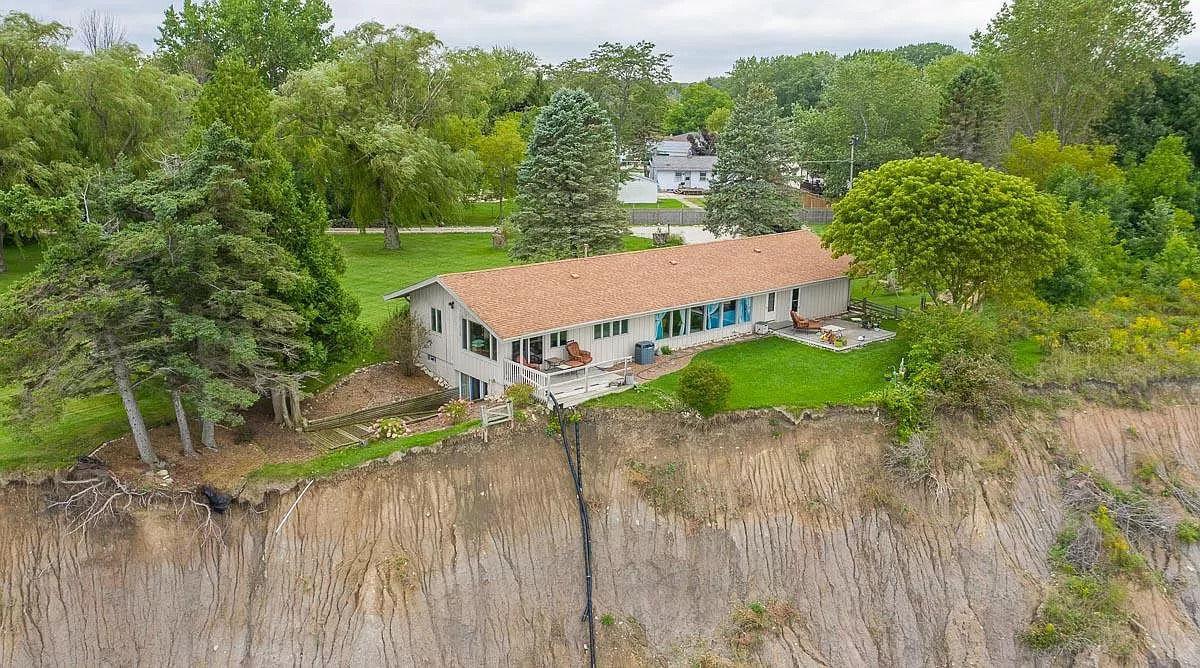 A home at 7009 Novak Road, Caledonia, is clearly threatened by lakefront erosion, but the property sold late last month. 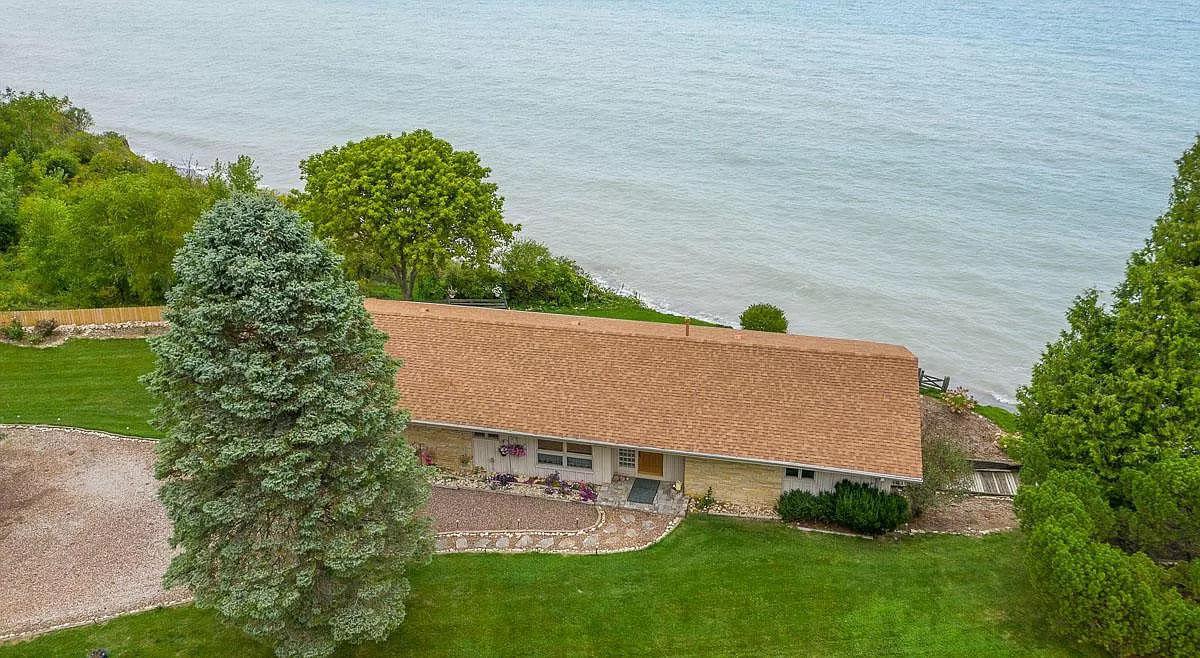 A home at 7009 Novak Road, Caledonia, is threatened by lakefront erosion, but the property sold late last month. 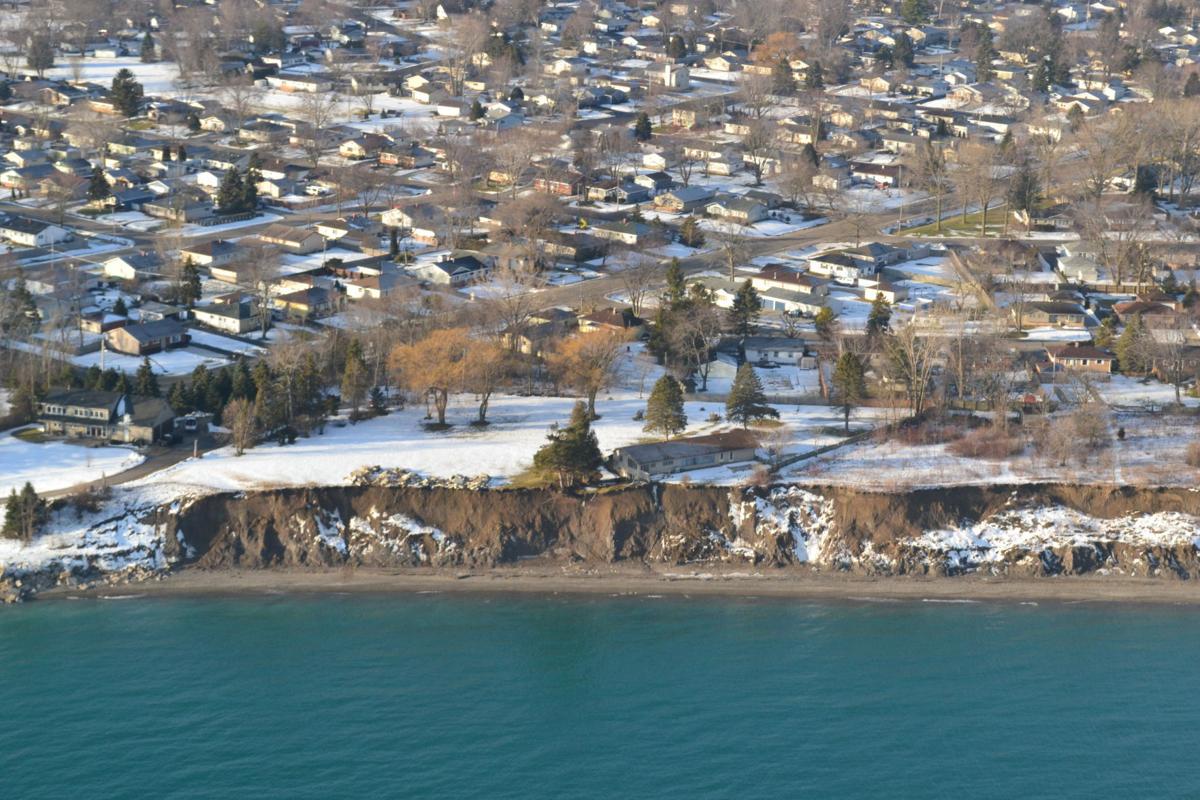 Bluff erosion along the Caledonia shoreline can be seen on Feb. 3, 2020, from the cockpit of local certified financial planner Michael Haubrich's light-sport airplane. Center, a house on Novak Road sits precariously close to the bluff's edge. 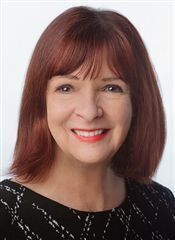