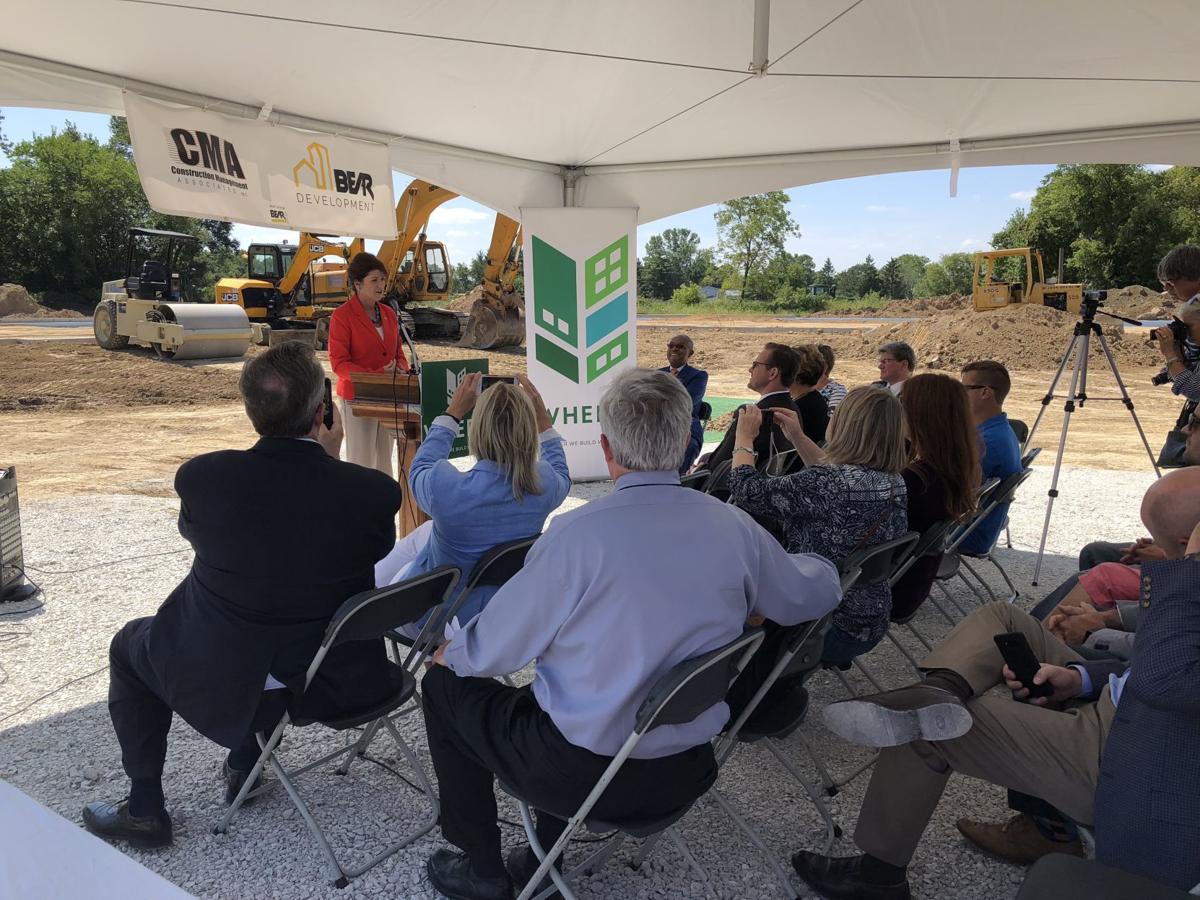 Lt. Gov. Rebecca Kleefisch announced $6.6 million in new state housing tax credits at the groundbreaking of Whitetail Ridge, a senior and multifamily development in Paddock Lake that will receive more than $1 million in credits from that program. 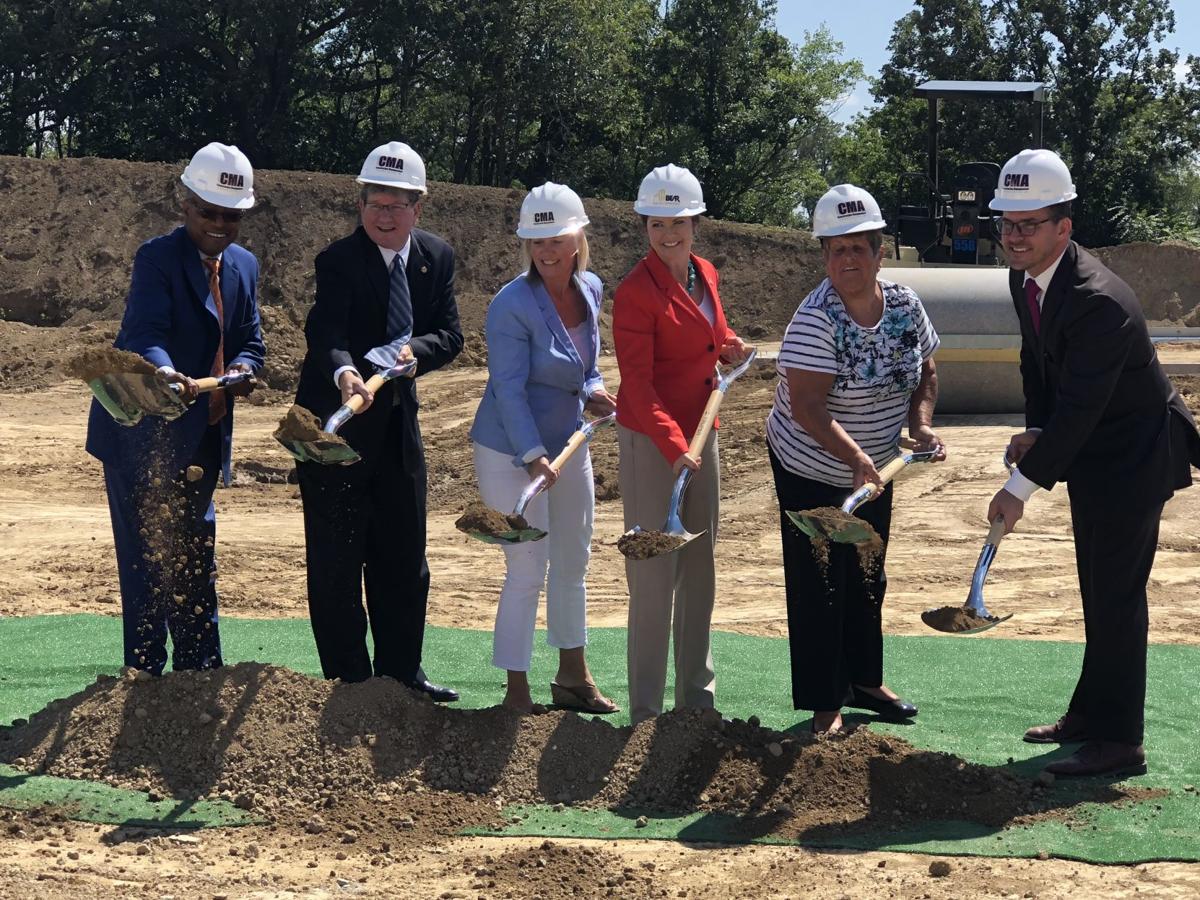 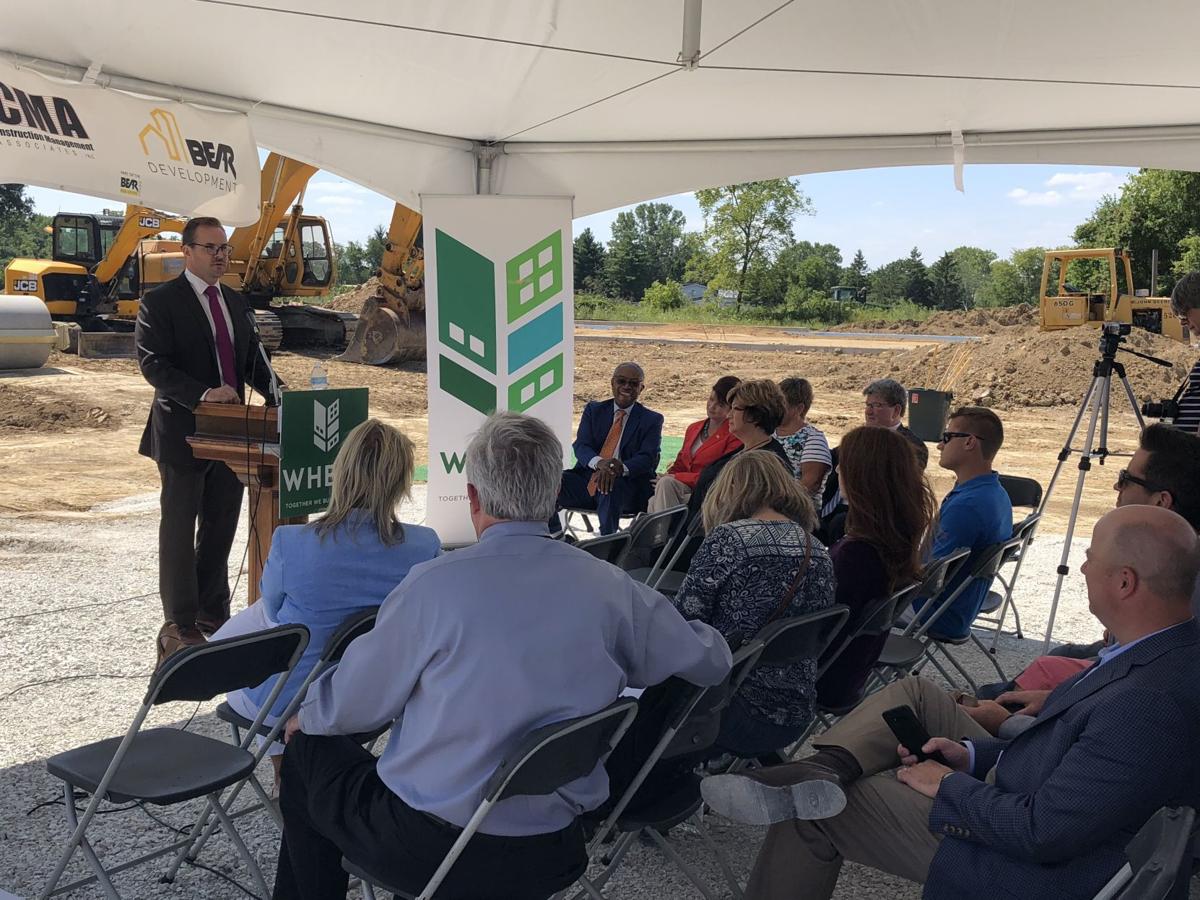 S.R. Mills, president of Bear Development, talks about the importance of a new state housing tax credit program Thursday at the groundbreaking of Whitetail Ridge in Paddock Lake.

Whitetail Ridge, which will have 50 senior apartments and 10 townhomes, is an example of what can be accomplished through housing tax credit programs, Wisconsin Lieutenant Governor Rebecca Kleefisch said. That project is supported by a 2017 federal housing tax credit.

“The new state program is tremendous news for Wisconsin as it provides a tax incentive for private investment in the development of affordable housing,” Kleefisch said. “The economic benefits are incredible, including the stimulation of quality rental housing, the creation of construction jobs and a reduction in cost burdens for renters.”

Kleefisch said the 13,000 workers Foxconn will bring to the area will need affordable, new housing.

“Housing is going to be one of the biggest needs in the very near future,” she said, calling it “a key factor in growing Wisconsin’s workforce.”

A total of nine developments statewide will be supported by the $6.6 million in tax credit awards announced Thursday, according to Wyman Winston, executive director of the Wisconsin Housing and Economic Development Authority..

In exchange for receiving the state tax credits, developers agree to reserve a portion of their housing units for low- and moderate-income households for at least 30 years. Remaining units are rented at market rates to seniors and families without income limits.

S.R. Mills, president of Bear Development, said the new “4 percent program” will help make projects that were just not quite financially feasible come to fruition.

“Through our partnership with WHEDA, we have eight projects in the state of Wisconsin right now, totaling 658 new homes for hard-working families and seniors,” Mills said.

Two of those are supported by 2018 tax credit awards. Five are in Kenosha County.

“The goal for the project (in Paddock Lake) was not only to create some really high-quality housing, but really to have this development act as a catalyst,” Mills said.

Fills a void in village

Paddock Lake Village Administrator Tim Popanda said Whitetail Ridge will not only lead to complementary commercial development, but will also fill a need for this type of housing.

“Our residents who are aging do not have to leave our community to find housing,” Popanda said.

The new development is near shopping, just south of Highway 50 off of Highway F. It fills a void left by projects that were abandoned when the economy suffered.

The village will assist Bear by paying for road, sewer and water infrastructure for the development with Tax Incremental Financing District funds. Some special assessments on the property will also be waived.

“This whole area is ready to development now ... which is good for our whole county,” Kreuser said.

The overall project also includes a single-family section not supported by tax credits.

Lt. Gov. Rebecca Kleefisch announced $6.6 million in new state housing tax credits at the groundbreaking of Whitetail Ridge, a senior and multifamily development in Paddock Lake that will receive more than $1 million in credits from that program.

S.R. Mills, president of Bear Development, talks about the importance of a new state housing tax credit program Thursday at the groundbreaking of Whitetail Ridge in Paddock Lake.