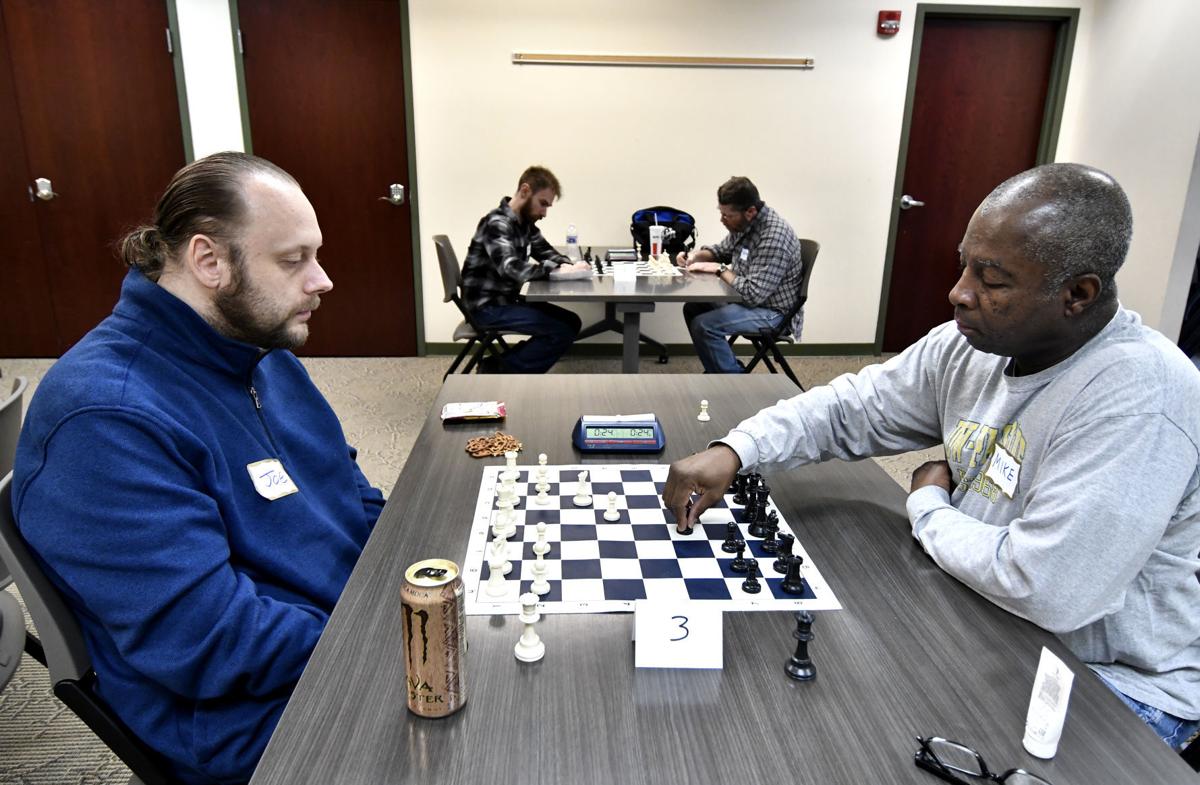 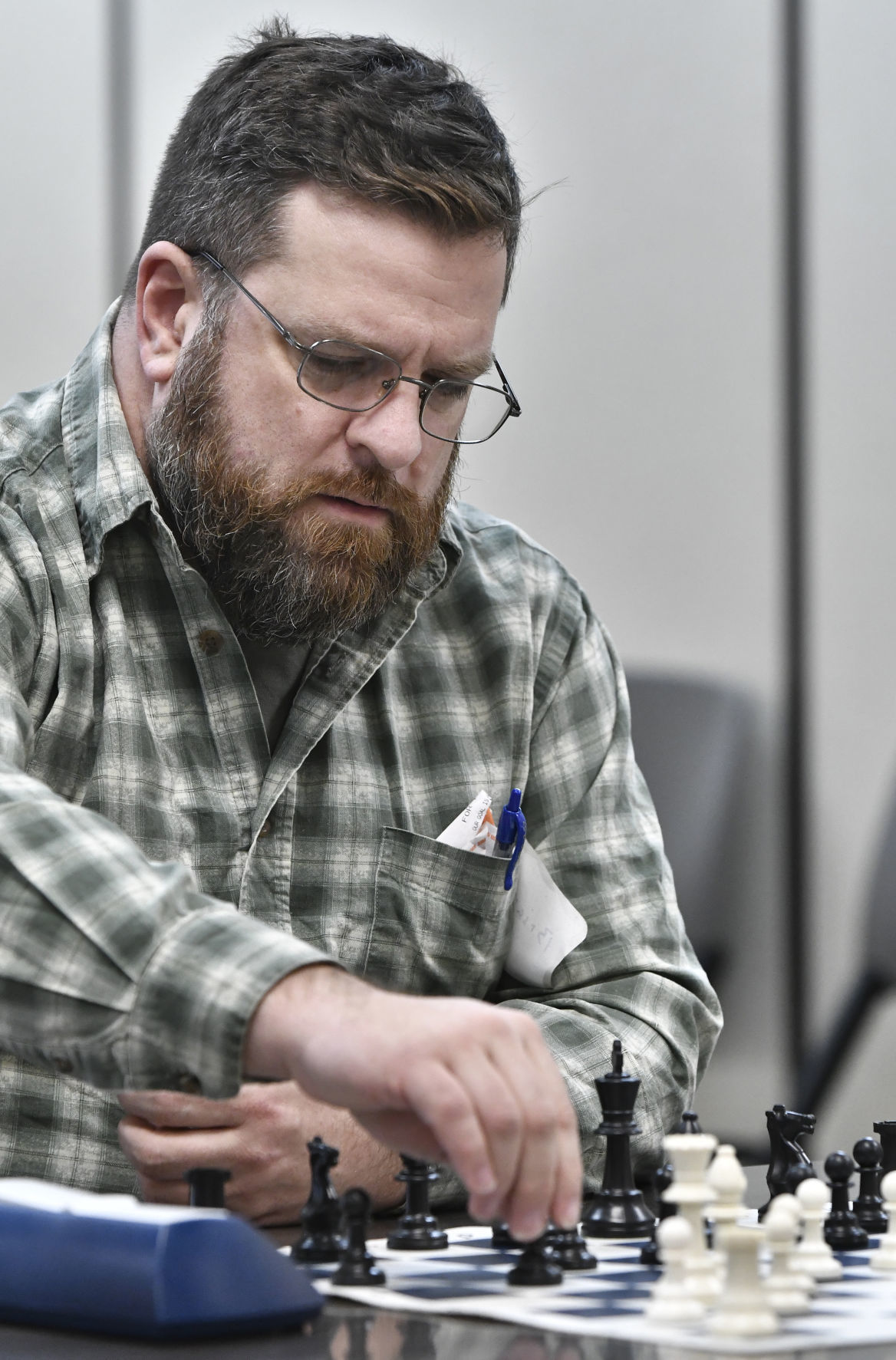 Brian Schwartz moves a piece during a chess tournament at Southwest Library on Saturday, Jan. 19, 2019. 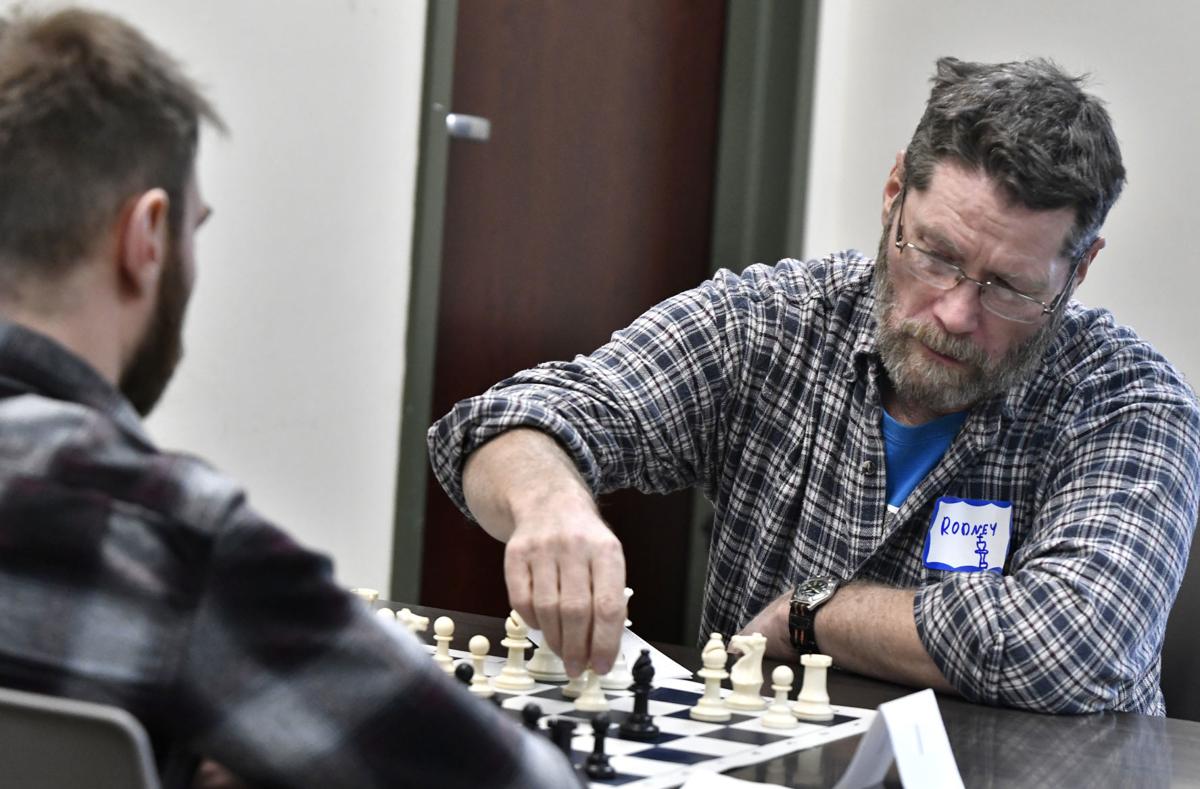 Rodney Draves, right, makes a move against Josiah Finkelstein during a chess tournament at Southwest Library on Saturday. 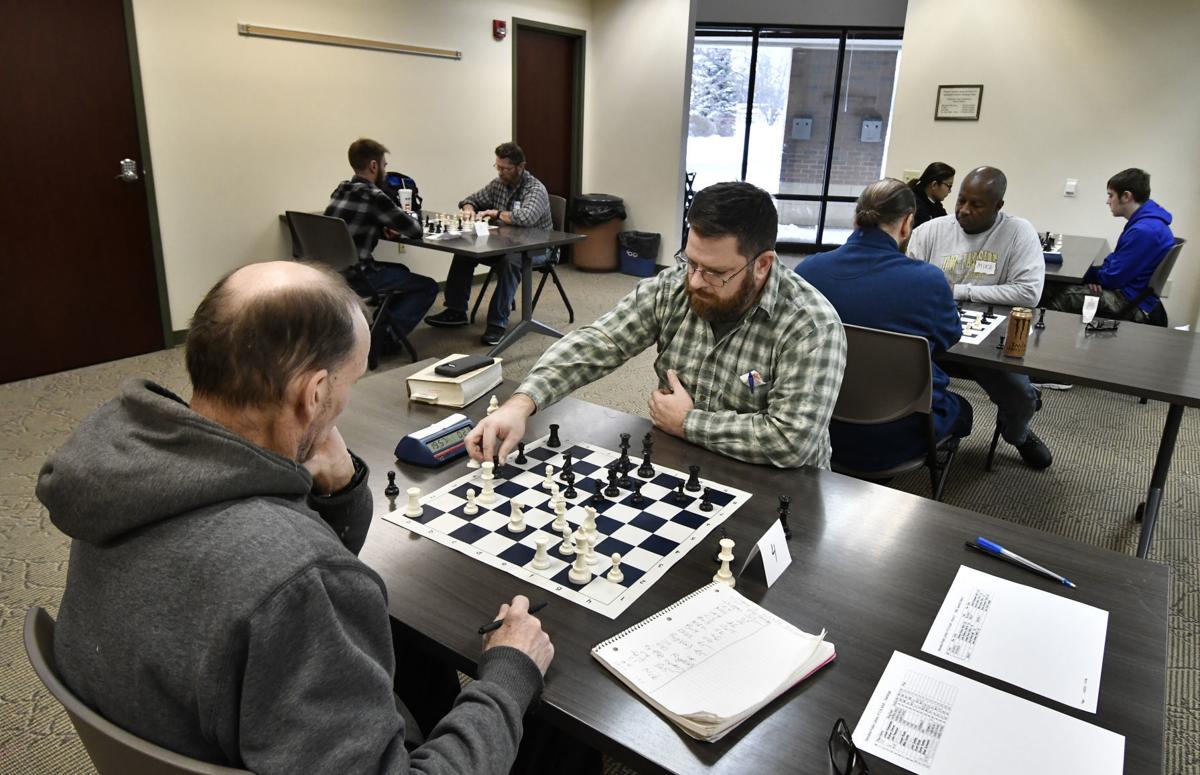 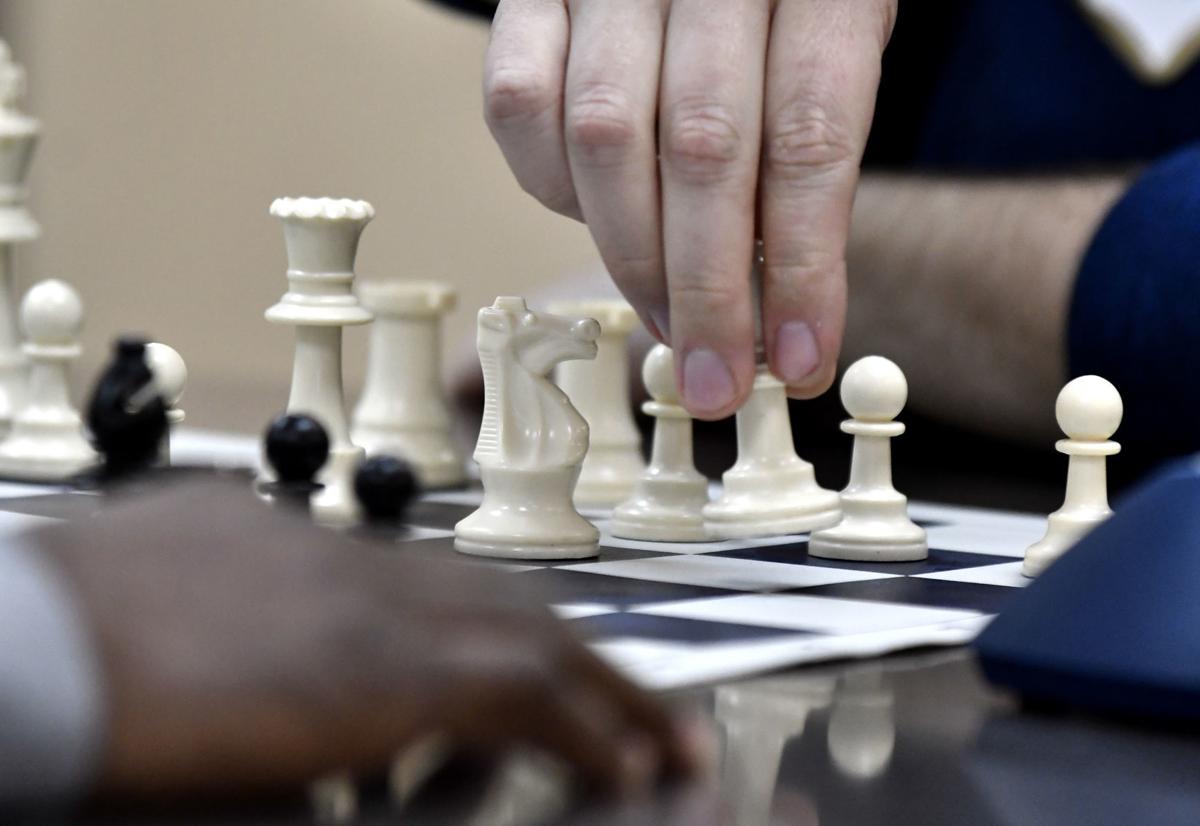 Joe Roma makes a move during a chess tournament at Southwest Library on Saturday.

Mike Souter of Racine is the kind of guy who strikes up friendly conversations with strangers.

So when he was shopping at Walmart recently, he asked the pharmacist what he does he does for fun.

“He said he plays chess. And I said, ‘I play chess too,’” Souter said.

The pharmacist mentioned he planned to play in a chess tournament in Kenosha the following weekend and invited Souter to give it a try.

On Saturday morning, snowy weather kept the pharmacist at home, but Souter was at Southwest Library for his first tournament.

“This is a lot more fun than I thought it was going to be,” he said.

The Kenosha Chess Association is a small but dedicated group that hosts twice-monthly chess meetups at the Southwest Library, as well as monthly open games at the Community Library in Salem Lakes and the Antioch Public Library. The association also holds Chess in the Park outdoor events in Lincoln Park during the summer.

Anyone is welcome at any of the events, Smiley said, from experienced players looking for a game to newcomers who hope to learn to play.

“I really wanted a place where kids and adults could come to play chess, something that would be open to people of all skill levels” said Allan Cargille of Pleasant Prairie, who founded the club about six or seven years ago along with a friend who has since moved away.

Now president of the club, Cargille said he loves to share his love of the game and to teach people to play.

The club holds tournaments at the library once or twice a year.

Cargille said he organizes the “Swiss style” tournaments. Players rotate, with game winners going on to play winners of other games, and those who lose a round playing playing others who lost a round.

“Everyone gets to play every round,” Cargille said.

On Saturday, adults played in one room while children played in another.

Souter was matched up for this round with Joe Roma of Kenosha, who is a longtime chess player.

“Every player has their own DNA, their own fingerprints. It feels really different to play different players and to play people instead of a computer,” he said.

Souter, on the other hand, said he plays just a few times a year.

When he heard a comment about this likely being a tough match for him, Souter laughed.

An 18-year-old man was shot to death early Friday, with Kenosha Police investigating the death as a homicide.

Kenosha Police have announced two more arrests in the shooting death of an 18-year-old man in Kenosha early Friday.

Brian Schwartz moves a piece during a chess tournament at Southwest Library on Saturday, Jan. 19, 2019.

Rodney Draves, right, makes a move against Josiah Finkelstein during a chess tournament at Southwest Library on Saturday.

Joe Roma makes a move during a chess tournament at Southwest Library on Saturday.