The City of Kenosha and its Police Department must take “dramatic and practical steps” toward police reform in order to build community trust.

This was the theme foremost on the minds of participants at four listening sessions held over a two-month period this fall, according to findings compiled and released by the city this week. The listening sessions were held at Kenosha churches and the Public Museum.

They were presented in September and October to address police and community relations and criminal justice, especially in the wake of the Aug. 23 shooting of Jacob Blake, a Black man, by Kenosha Police Officer Rusten Sheskey, who is white, and the days of civil unrest that followed. City officials also wanted to hear residents’ experiences in other areas of focus, such as employment, education, youth, housing and mental health.

The listening sessions drew 207 people in total and 38 people also engaged by participating online to give feedback, with a goal of identifying strategies intended to address systemic racism. The community input will guide the focus areas and be used to develop the city’s Commitment to Action Roadmap.

“It was good to have a dialogue with the community, and I found many of the comments insightful,” Mayor John Antaramian said in a news release.

The city has engaged the Zeidler Group, a Milwaukee-based non-profit organization, to assist with community meetings that will take place later this month through virtual forums, due to the COVID-19 pandemic. Antaramian said the first community meeting will be on police-community relations. A meeting date has yet to be scheduled.

The Zeidler Group’s mission is to “foster civil dialogue and invite trust in the midst of differences.” It currently has more than 400 facilitators trained to help communities with the vision of increasing understanding and healthy exchanges of ideas, according to its website.

At city listening sessions, speakers called on Antaramian and law enforcement leadership, including Police Chief Daniel Miskinis, to address police brutality and the need for better police training, including de-escalating situations, recognizing implicit bias and dealing with people who have mental health challenges.

Body cameras, better accountability, evaluations and screening of officer candidates were also emphasized. Hiring and retaining a diverse police force was a common theme, as well.

Protesters following Blake’s shooting and participants of the listening sessions alike questioned why the city’s police force had not already been equipped with body cameras. The city and the county had contemplated for years whether to purchase them for police and county law enforcement, but deliberation on costs delayed their implementation.

Blake’s shooting and the death of another Black man, George Floyd, in Minneapolis after a white officer knelt on his neck, killing Floyd, all but hastened the process as city and county governments have committed to purchase and equip their respective agencies with body cameras next year.

City and police officials have also committed to training police officers to recognize their implicit biases, or biases that are expressed unknowingly about people and groups, and how such biases affect them while on the job.

“When we talk about implicit bias, it’s the unconscious thoughts of bias,” Kenosha Police Chief Deputy Eric Larsen said. “Those things that sit in the back of your head versus explicit, which is the expression of bias, if you will.

Earlier this month, the City Council approved a two-year contract with Tampa-based Fair & Impartial Policing to use its curriculum in a new training program for Kenosha Police that deals specifically with implicit bias. Three members of the department are currently undergoing training to then train the 200 police officers starting next month.

While police reform was top of mind for many at the listening sessions, other themes surfaced, such as: communication and engagement with an emphasis on “frequent, transparent communications by government”; racism in Kenosha, especially the urgency needed in addressing systemic racism at all levels, including education; lack of trust in government; and accountability from individuals, government and law enforcement.

According to the city report, women made up 63.3 percent of the participants at the listening sessions, while 27.1 percent were men; 9.7 percent gave no response. Of those attending, 64 were white, 45 African American, 11 biracial, nine Hispanic and two other. Seventy-six people did not indicate their race or ethnicity. Of the 38 online feedback respondents, 30 were white, while four identified as African American, three biracial and one other.

‘Show that you care’: Issues and concerns raised by public at listening session

The first of four listening sessions to address police and community relations, criminal justice, and other concerns in the wake of the police… 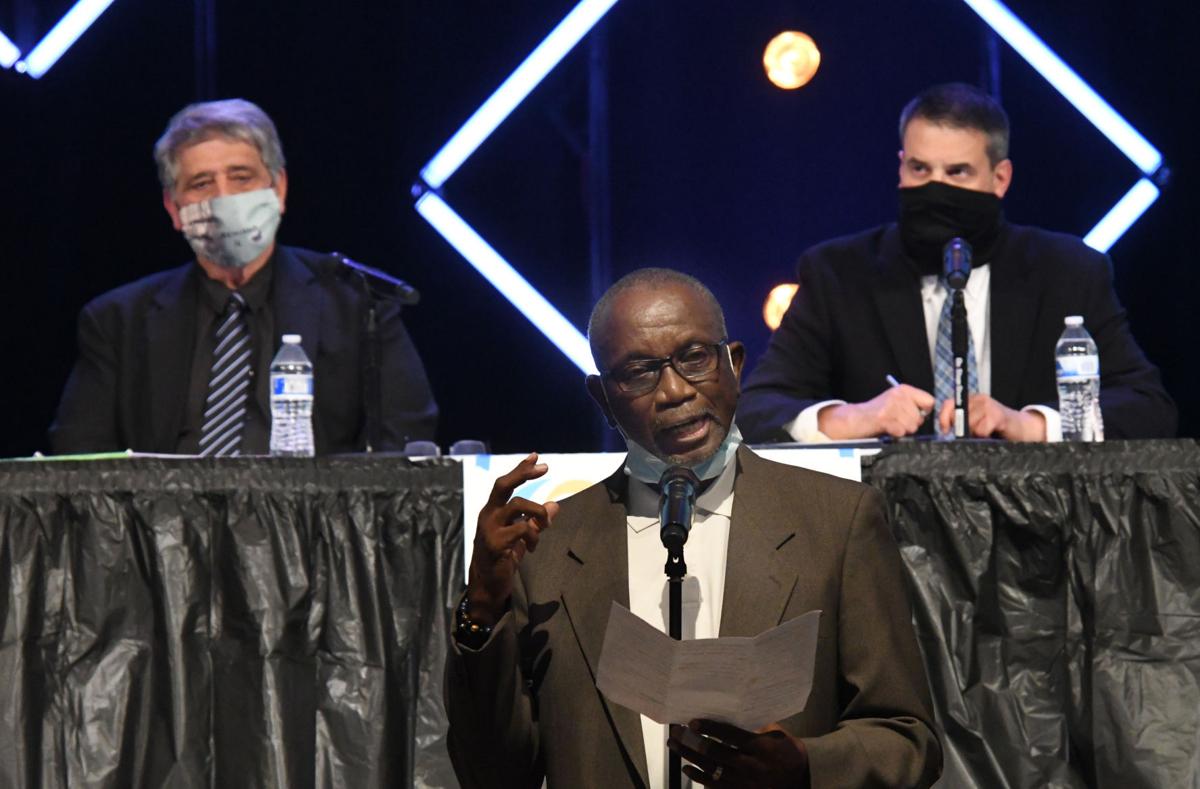 Rev. Roy Peeples addresses a public listening session and community input meeting in September 2020 while Major John Antaramian, back left, and then Assistant Kenosha Police Chief Eric Larsen listen. The session was held to discuss race relations in the wake of the police shooting of Jacob Blake. 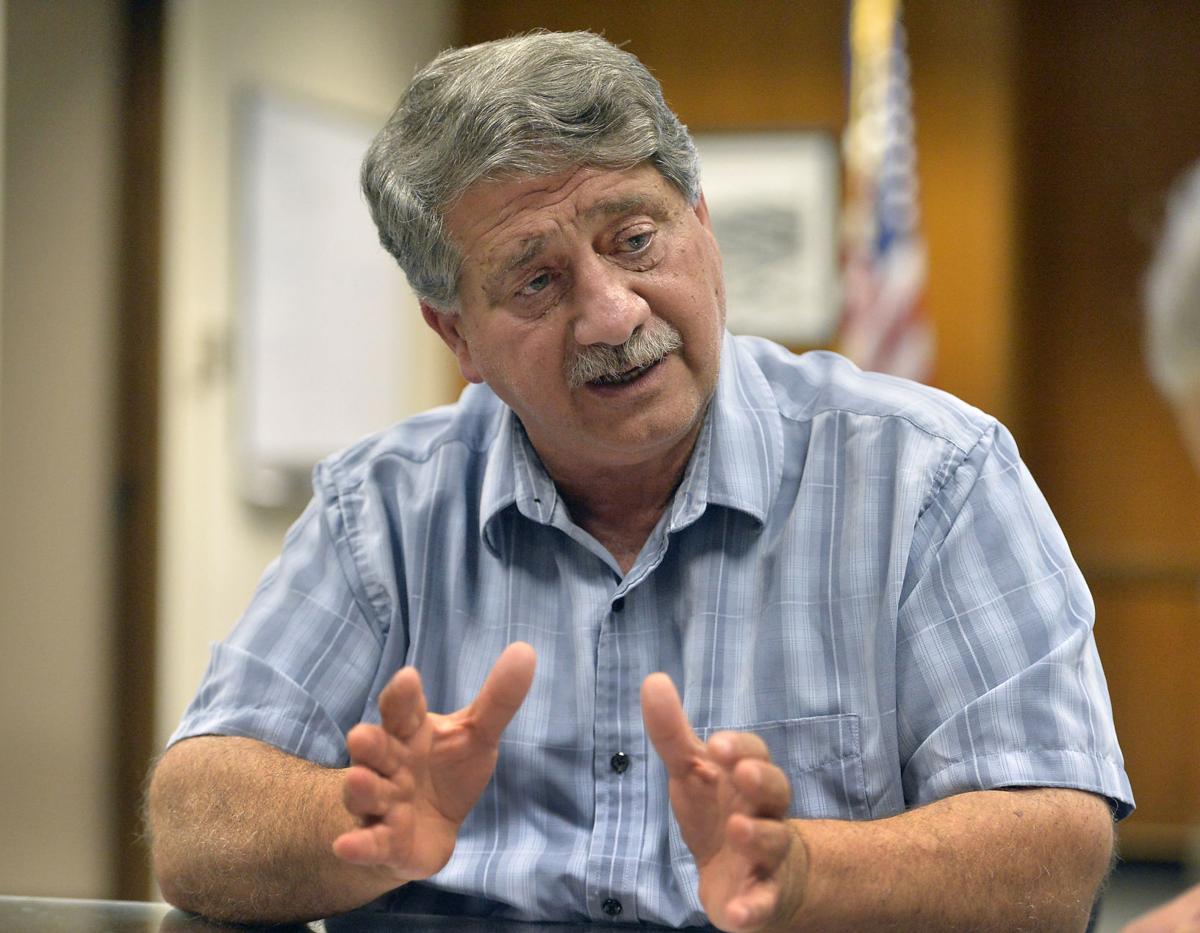