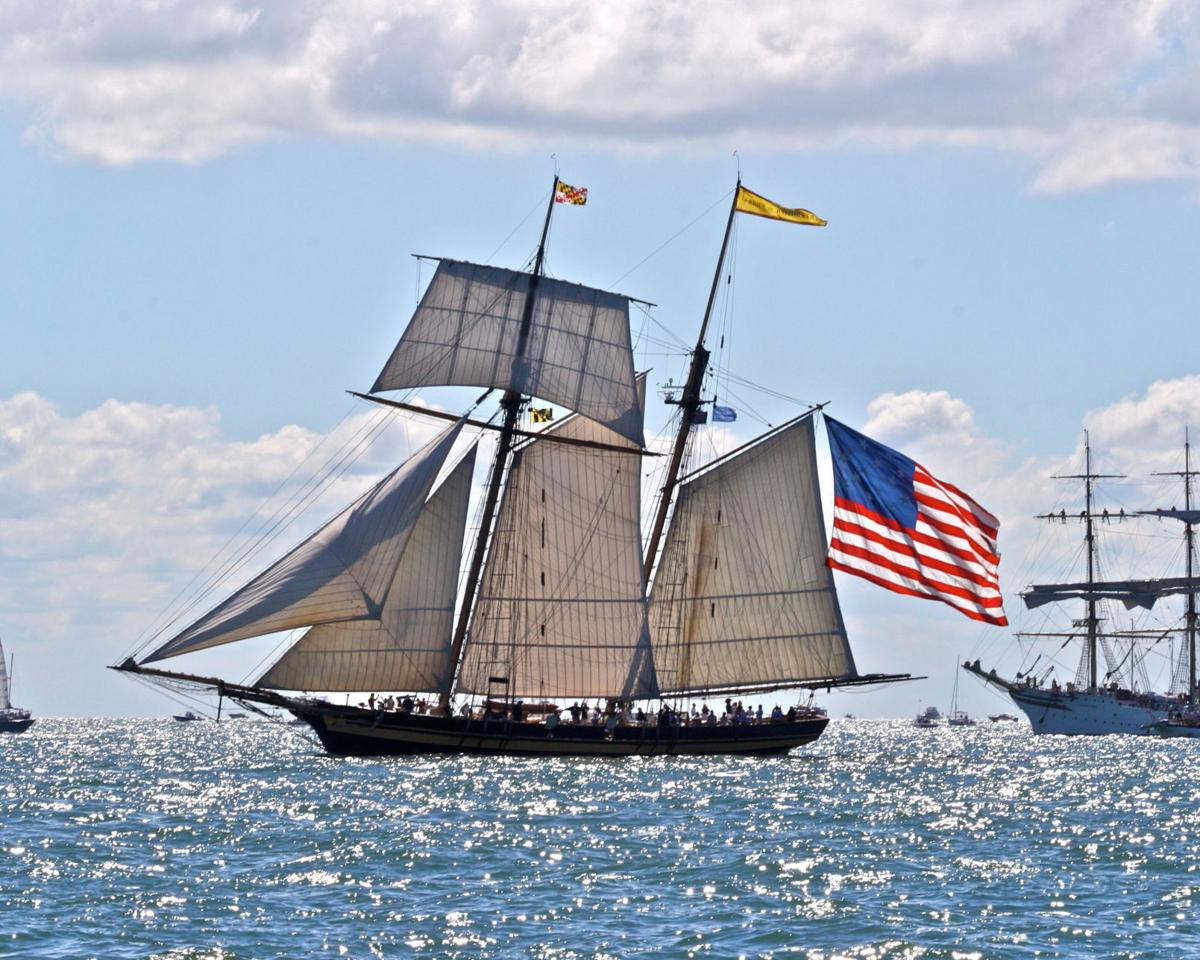 Pride of Baltimore II Is a Baltimore Clipper privateer. 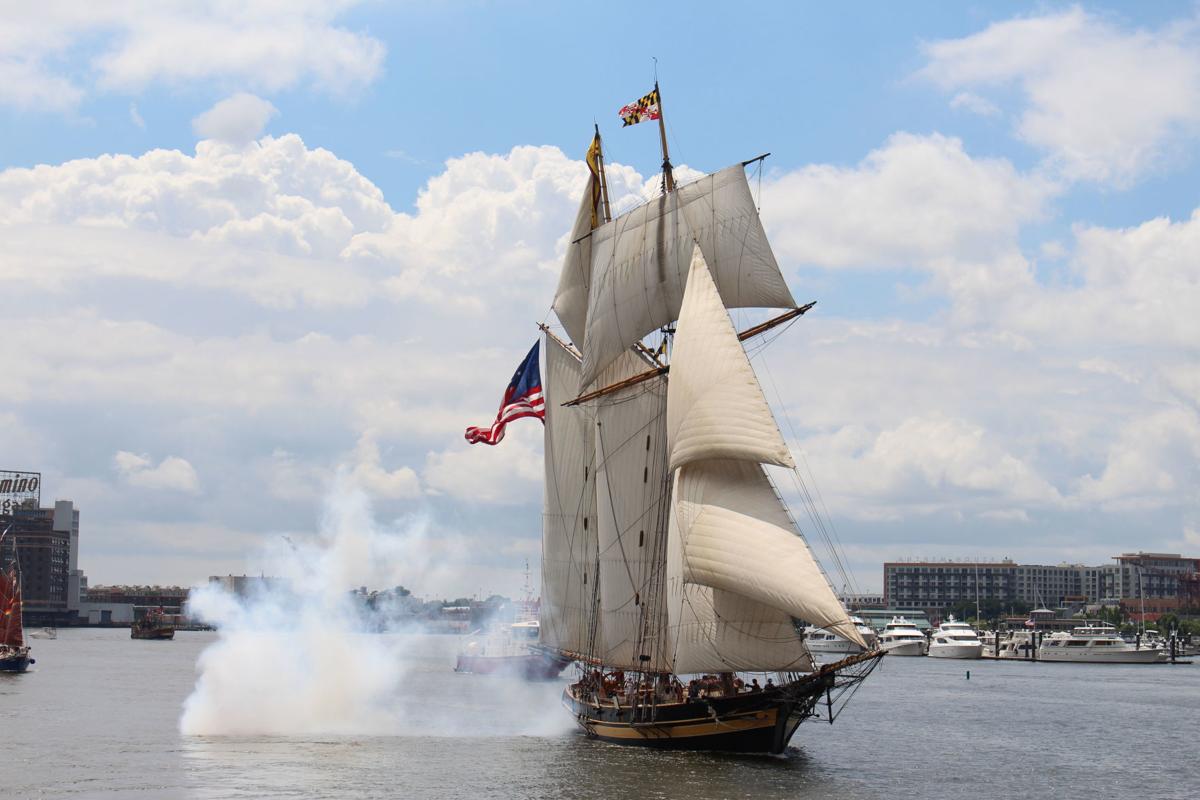 Pride of Baltimore II celebrates its homecoming on July 1, 2017.

Third of a weekly series on the tall ships coming to Kenosha.

A particular crowd-pleaser and fan-favorite coming to Kenosha Tall Ships Aug. 1-4 is Pride of Baltimore II. She is beautiful and authentic.

Over four decades ago, Baltimore’s mayor and City Council decided a sail vessel unique to Baltimore maritime history would be just the thing to turn Baltimoreans hearts and minds around about their town. Like many city governments, Baltimore was witnessing population loss to new surrounding suburbs filling with city residents.

They decided on an American War of 1812 Baltimore Clipper privateer, since the most successful privateers of that war were built in Baltimore. As history tells it, these privateers were irritating to the British during that war for their speed and maneuverability, making them nearly impossible to capture.

As such, the Royal Navy came all the way up the Chesapeake Bay to burn Baltimore’s shipyards. The British Navy’s failure to capture Baltimore was the inspiration for Francis Scott Key’s song, “The Star- Spangled Banner,” which later become our nation’s anthem.

Pride of Baltimore was built in 1977 to be Baltimore’s ambassador over 150 years after the War of 1812. She sailed thousands of miles around the world promoting Baltimore as a destination for business and tourism. On May 14, 1986, Pride was lost at sea in possibly a white squall in the Caribbean; her captain and three of the crew died.

In 1988, the Pride of Baltimore II was commissioned as the successor and memorial to Pride. She has sailed more than 200,000 miles in the same goodwill ambassador role for the city of Baltimore.

Baltimore Clippers were brought to their highest form during the 1812 War by ship builders. Somewhat suddenly becoming worldwide admired as fast and nimble sailors, they were copied by many.

They are highly recognizable for their extreme raked-back mast style. This eye-catching trait was also copied in hopes of also becoming fast. While the large sail plan for the size of the hull helped with going fast, it is the “sharp built” hull style unique to the Chesapeake Bay that improved their speed and maneuverability. This design was developed in the 1600s, more than a century ahead of the 1812 war.

Captains are as enamored as we are with these amazing wind vessels. As Head Captain Jan Miles puts it, “Part of the mystique of Baltimore Clipper Privateers is they are astonishingly beautiful to observe, sitting still or not. No one observing Baltimore’s sailing ambassador being built right in the city’s renewed and renowned Inner Harbor during 1976/77 could have guessed an old-style wooden-constructed sailing vessel of so far back in time, built in modern times (would) capture hearts and minds of many.”

When asked what makes him stay “happily” as head captain since 1988, Miles added, “Pride II is an intellectual challenge and she continues to give her best. The wind constantly asks more and more of her and her response is enthralling. Pride of Baltimore II is constantly teaching me to be a better captain. “

Patricia H. Lock is tall ship consultant for the city of Kenosha.

About the Pride of Baltimore II

To sail on board, visit www.pride2.org. To see Pride of Baltimore II during her stay in Kenosha, and for more information about the festival, sail away and Rock the Dock! tickets, or how to volunteer, visit www.kenoshatallships.com.

Local students ages 16-19 are being sought to serve as apprentice crew on a tall ship this summer.

Savannah, Farr, 11, has won our Tall Ships Drawing Contest She is in sixth grade at KTEC West.

As I Sea it: The sunset sequence from the Red Witch

While Tall Ship Red Witch is offering a variety of events this summer — including Shakespeare’s “The Tempest”, unplugged bands (including Core…

The pride of Canada, Bluenose II, is coming to Kenosha

Second of a weekly series on the tall ships coming to Kenosha.

Picton Castle to arrive in Kenosha in August with international crew

Pride of Baltimore II Is a Baltimore Clipper privateer.

Pride of Baltimore II celebrates its homecoming on July 1, 2017.