Subscribe
Read Today's E-Edition
Share This
A mistrial could come at any time in Rittenhouse trial, even if jury has a verdict. Is that normal?
View Comments
Share this
ADAM ROGAN and

The Kyle Rittenhouse trial could be ruled as a mistrial by Kenosha County Circuit Court Judge Bruce Schroeder at any time.

Some experts say that’s abnormal, especially since the case is already being deliberated by a jury. But another expert a reporter spoke with said it’s typical.

Rittenhouse's defense says some of the issues should result in a mistrial with no chance for a retrial, while one could give prosecutors the option to try Rittenhouse again.

He shot and killed Joseph Rosenbaum, 36, and Anthony Huber, 26, and wounded Gaige Grosskreutz, now 28, during unrest in Kenosha in August 2020. Rittenhouse says he acted in self-defense. He could get life in prison if convicted of the most serious charge against him.

Terry Rose, a Kenosha attorney with 54 years of experience, who’s also a County Board supervisor, said in a Wednesday afternoon phone interview that usually judges rule on motions for a mistrial “right then and there.” Instead, in this case, Schroeder has taken two motions for a mistrial “under advisement” and may rule on them later.

As such, it’s possible for the jury to come back with a guilty verdict, and then Schroeder can decide to throw the verdict out.

“I’m not sure why the judge has waited to rule,” Michael O’Hear, professor of criminal law at Marquette Law School, told the Milwaukee Journal Sentinel earlier this week. “It seems unlikely to me that he would have turned the case over to the jury if he expected to grant the mistrial.”

Schroeder on Wednesday commented in court about criticism that he had yet to rule on the earlier mistrial request.

“Why anyone would think it’s odd for the judge to sit on a motion to dismiss, I have no idea," he said.

The judge said he hadn't had a chance to read the motion because he had just received it and wanted to give the state a chance to weigh in.

“I’m somewhat astounded,” he continued. “As I spoke about on the first day of trial, the result of the trial should be open to public scrutiny, people should have confidence in the outcome of the trial … and it’s just a shame that irresponsible statements are being made.”

Mike Lawlor, an associate professor of criminal justice at the University of New Haven in Connecticut, who previously has been both a prosecutor and a defense attorney, said “it’s not unusual” and sometimes it’s wise for a judge to put off the decision.

It’s impossible to know and understand every law a state has. As such, Lawlor said, judges delaying a decision can give themselves time to read up on the related case law before making a final decision.

“If you declare a mistrial, it means all this is down the drain,” Lawlor said.

Of the defense’s attempts to get a mistrial, Lawlor said, “Keep in mind a defense attorney’s obligation is to do everything he or she can think of to avoid the conviction.”

As such, it costs the defense nothing to try and get a mistrial, even if the chance of one being declared is slim.

The attorneys defending Rittenhouse have sought a mistrial twice since the trial began Nov. 1.

Last week, Rittenhouse’s attorneys called for a mistrial with prejudice after they accused prosecutors of misconduct when Assistant District Attorney Thomas Binger tried questioning Rittenhouse on the stand about how the teenager hadn’t spoken out much publicly since his arrest. Under the Fifth Amendment, a suspect’s right to remain silent is heavily protected.

A mistrial with prejudice would mean that prosecutors could not try the case again.

At the time, Schroeder admonished Binger, telling the prosecutor, “You’re right on the borderline” of “a grave constitutional violation for you to talk about the defendant’s silence.”

On Wednesday, defense attorneys again called for a mistrial, arguing that they received an inferior copy of a key video — drone footage that captured the first shooting — from prosecutors and would have approached things differently if they had received the higher quality video earlier.

Defense attorney Corey Chirafisi made an oral request for a mistrial without prejudice, telling the judge that if the defense needs a “level, fair playing field, we have to ask for it, and I’m asking for it.”

1/2Motion for mistrial: I will attach screen shots of the motion. It includes ALL the reasons the defense is requesting a mistrial including:
-Binger questioning Rittenhouse's pretrial silence

Assistant District Attorney James Kraus referred the lower video quality provided to defense attorneys as “a technological glitch” and argued that shouldn’t be grounds for a mistrial. Prosecutors also noted the jury saw the highest quality version of the video during the trial, and it was played without objection.

“I do not believe ... an unknown technical incident should result in a mistrial,” Kraus said.

Rose thinks both of those motions could be sufficient grounds for a mistrial.

Of the video quality issue, Rose said, “I think that’s an intentional discovery violation.” And of the line of questioning Binger attempted to pursue last week, that was a “clear violation of pretrial order,” Rose said.

In both motions for a mistrial, Schroeder did not immediately make a ruling.

Setting up an appeal?

Several local attorneys said they believed it would be unlikely Schroeder would grant a mistrial while the jury is deliberating. But in making their motions, the defense is setting up issues for appeal in the event Rittenhouse is convicted of any or all of the charges against him.

Schroeder can deny the request and “then let the case proceed to verdict. If he does that and a guilty verdict is entered, a post-conviction lawyer can come in and file a motion for a new trial based upon the same error and claim that the law required a mistrial,” Van Wagner said.

“Second, the judge can reserve on the motion and not rule on it until the case concludes with either a verdict, a combination of verdicts, or even a mistrial due to a hung jury on one or more counts,” Van Wagner said.

“If the jury returned a verdict of guilty on the Rosenbaum shooting, which appears to be the only count to which this video (the drone video) relates, it is a normal practice of the court to ask each side whether or not they wish to move for judgment on the verdict or verdicts,” Van Wagner continued. “In the case of not guilty, the defense will move for judgment on each not guilty verdict, and they will get it. It has to be granted because of double jeopardy.

Van Wagner also said the judge could just deny the mistrial entirely if there is a conviction “and let the appellate courts sort it out.”

If the jury finds Rittenhouse not guilty on all charges, the mistrial issue would be moot.

What about a hung jury?

There’s other ways the trial could end in a mistrial. There’s the chance for a hung jury on any or all of the counts, in which no verdict is reached because all 12 jurors can’t come to a consensus on whether the defendant is guilty. If that happens, the Kenosha County District Attorney’s Office could choose to retry the case with a whole new jury.

If the jury comes to a consensus on four counts but not the fifth, the verdict in those four counts would still stand. In the early afternoon Wednesday, jurors asked to review video of the first shooting — the killing of Rosenbaum — indicating that they had yet to come to a consensus, at least on the first charge of first-degree intentional homicide, which bears a sentence of life imprisonment.

“This is a complex case with difficult questions that they have to answer on multiple counts. It is a big job,” Keith Findley, a University of Wisconsin-Madison law professor, told WTMJ-TV on Tuesday.

Those who want to see Rittenhouse convicted that gathered at the courthouse Wednesday repeatedly chanted “No mistrial!” in the afternoon.

Steps of the courthouse

A lot of things are going quite well

Kenosha tries to get back to normal: Kids Live Here

Kenosha tries to get back to normal

Kenosha tries to get back to normal; Duck Duck Goose Nov. 16

This too shall pass

Having the world's ear

Flags above the courthouse

Skateboard at the courthouse

No verdict after daylong deliberations by Rittenhouse jury

No verdict after daylong deliberations by Rittenhouse jury

Reporting from the Associated Press and Deneen Smith of the Kenosha News contributed to this story.

A Kenosha woman was arrested for allegedly shooting and killing a dog Monday morning in the Wilson neighborhood.

Woman charged with OWI, abducting 3 children from Indiana after I-90 traffic stop in Columbia County

A woman has been charged with OWI and abducting three children between the ages of 13 and 16 after a traffic stop in Columbia County, authorities reported.

The high-profile case of Chrystul Kizer, the woman facing a 2018 homicide charge for the death of a Kenosha man who was under investigation fo…

Report: Millions forced into extreme poverty while the ultra-rich profited from the pandemic

Report: Millions forced into extreme poverty while the ultra-rich profited from the pandemic

Starbucks joins McDonald’s and other companies in Russian exodus

Starbucks joins McDonald’s and other companies in Russian exodus 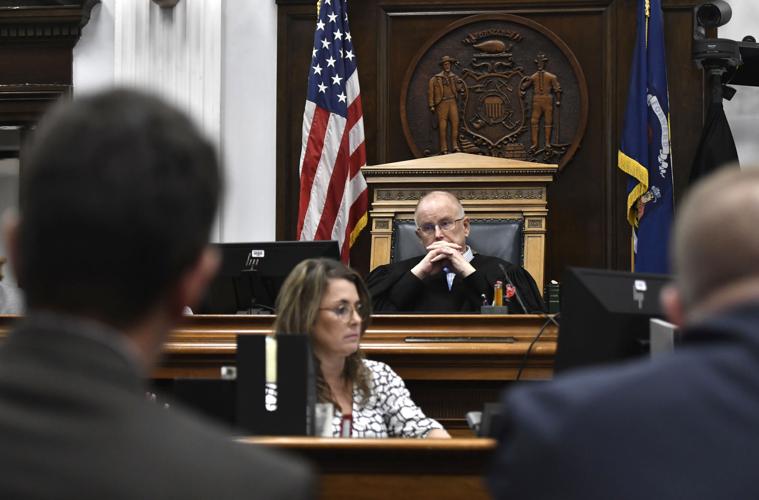 Judge Bruce Schroeder listens as attorneys argue about items that could be considered for a mistrial in the trial of Kyle Rittenhouse at the Kenosha County Courthouse on Wednesday. 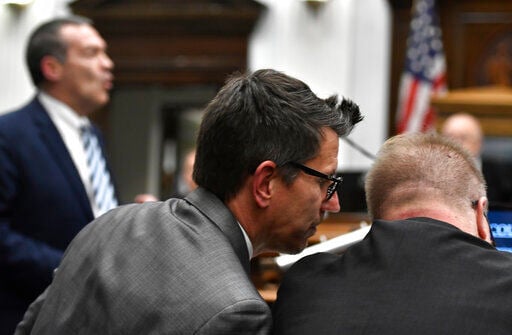 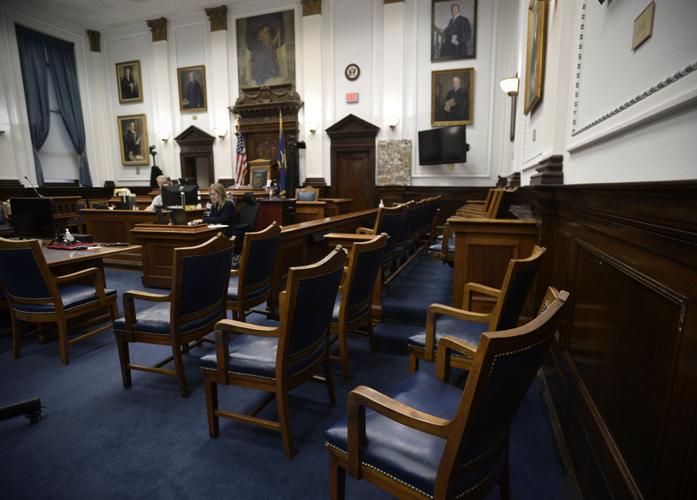 The jury box is empty in the ceremonial courtroom as the jury continued deliberations in private at the Kenosha County Courthouse on Wednesday. No verdict was rendered Wednesday, as deliberations will last into at least a third day. 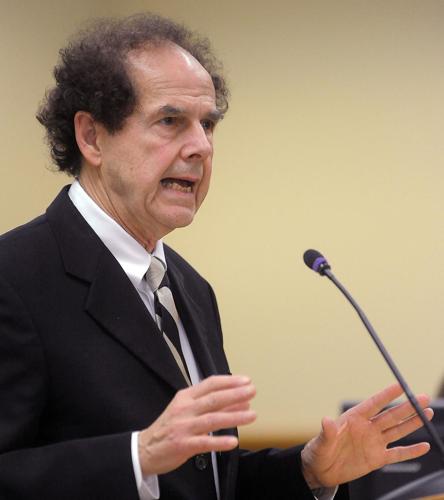 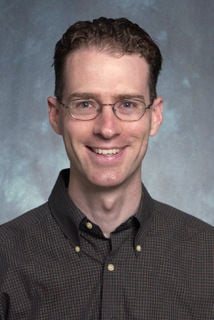 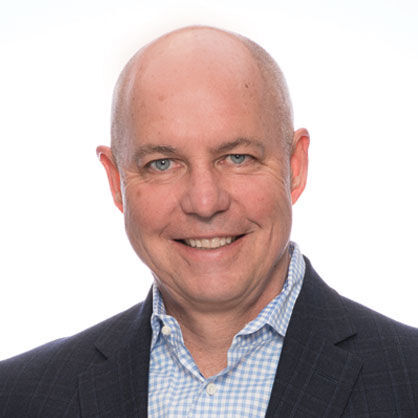 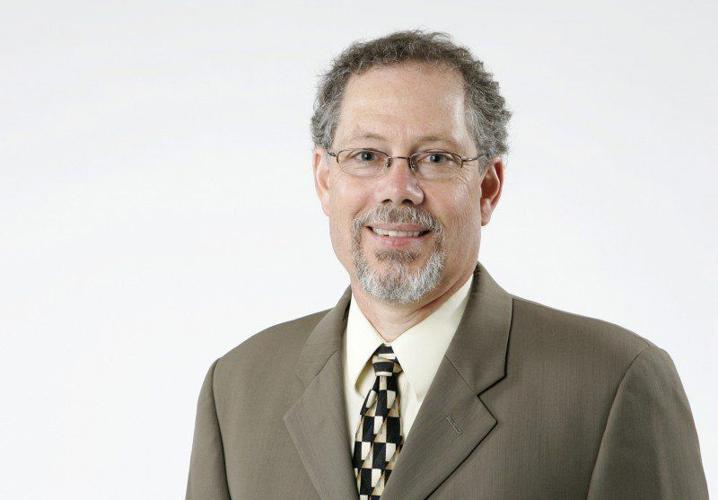