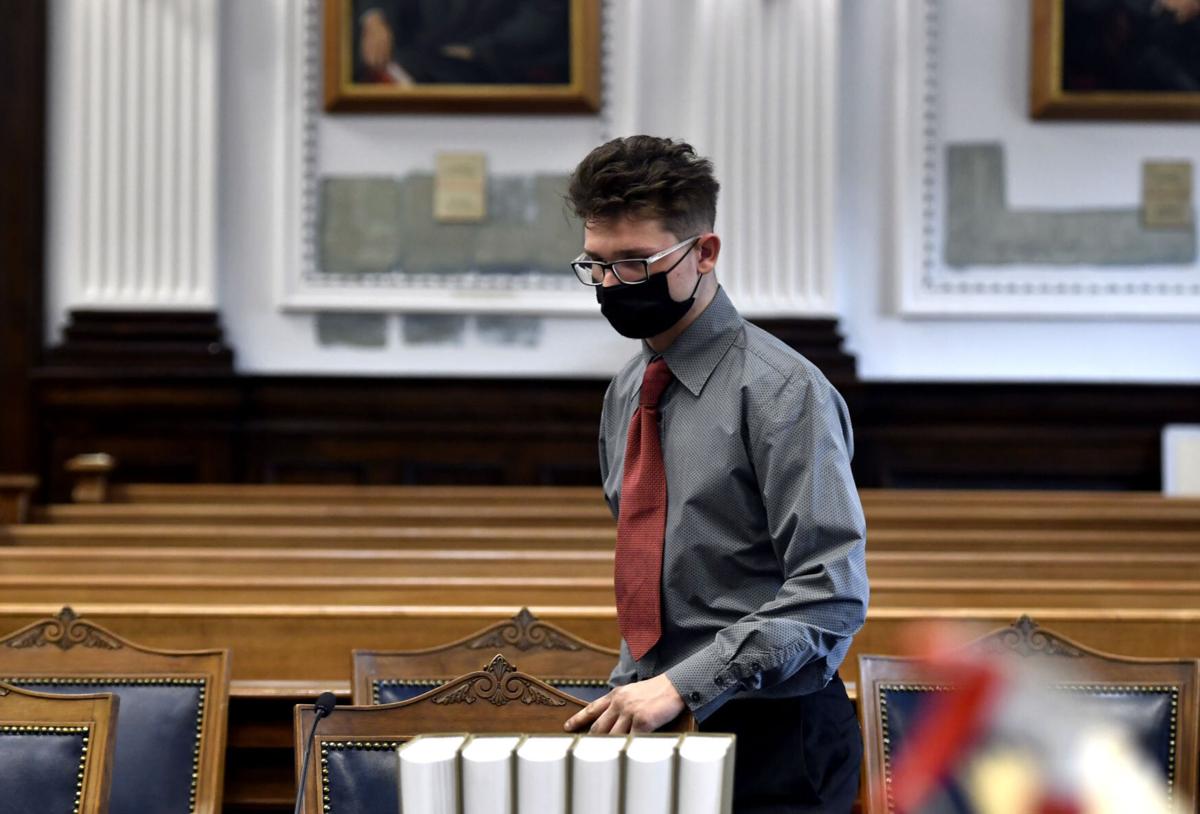 Dominick Black leaves the courtroom after a hearing on Tuesday. 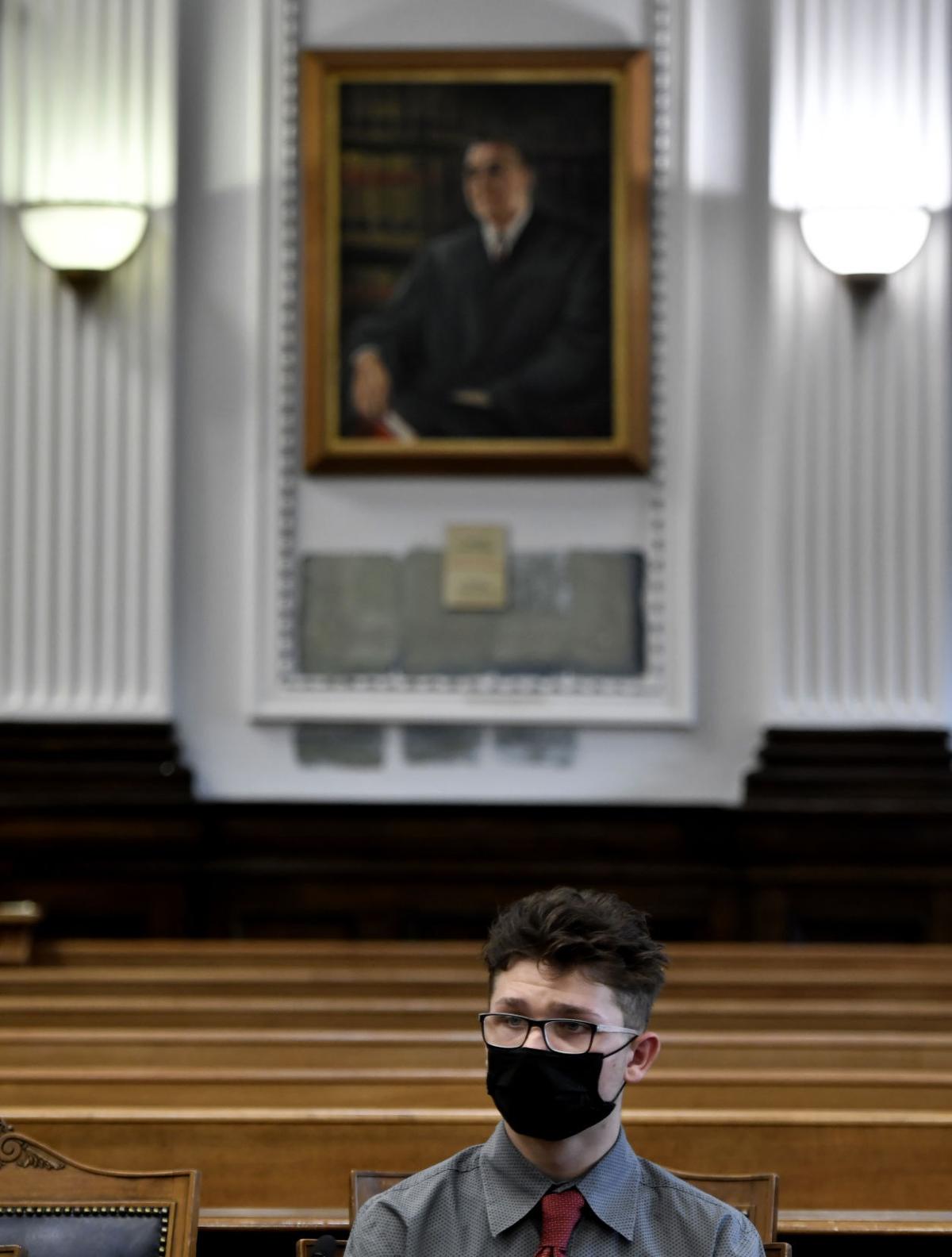 Dominic Black listens during his hearing on Tuesday. 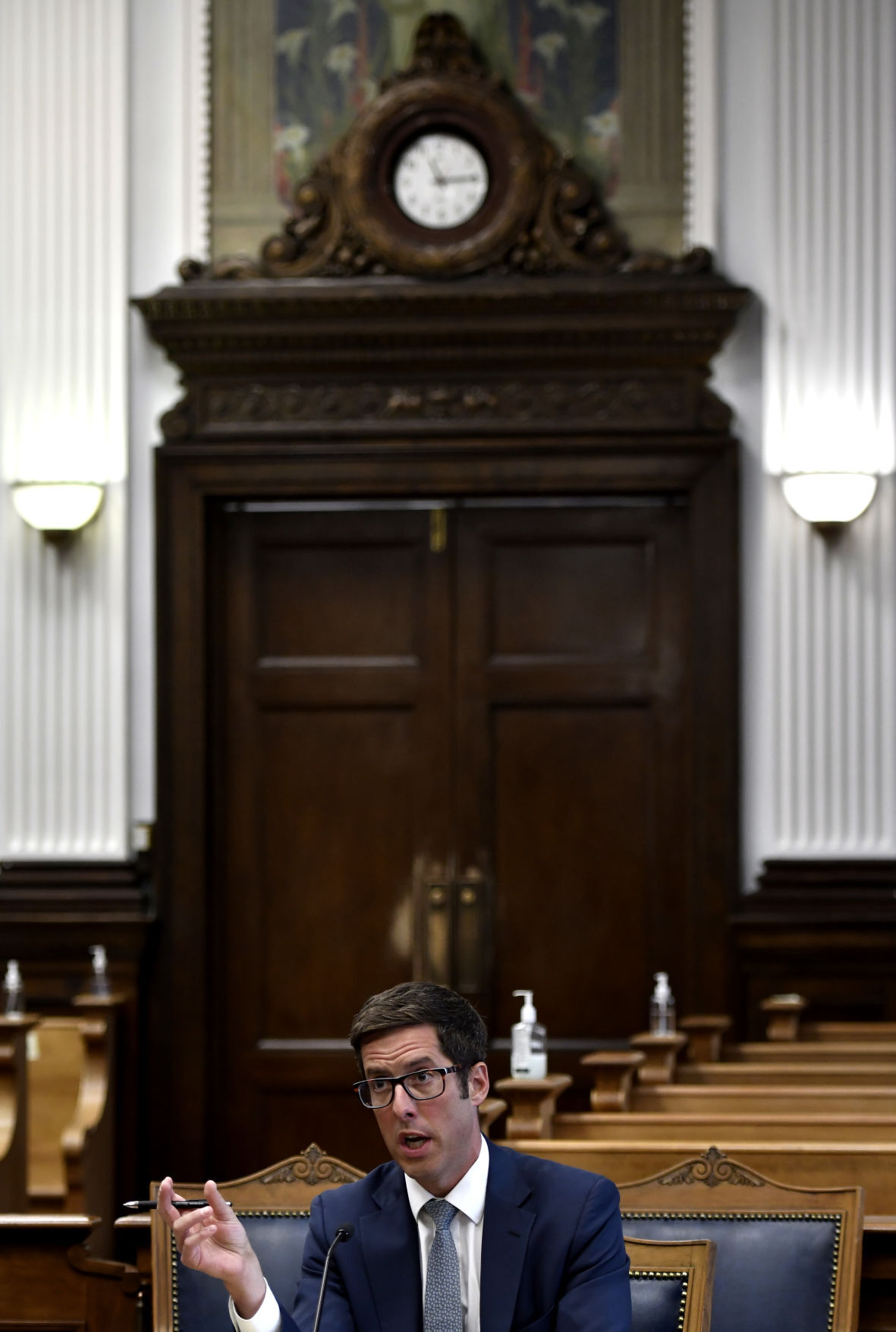 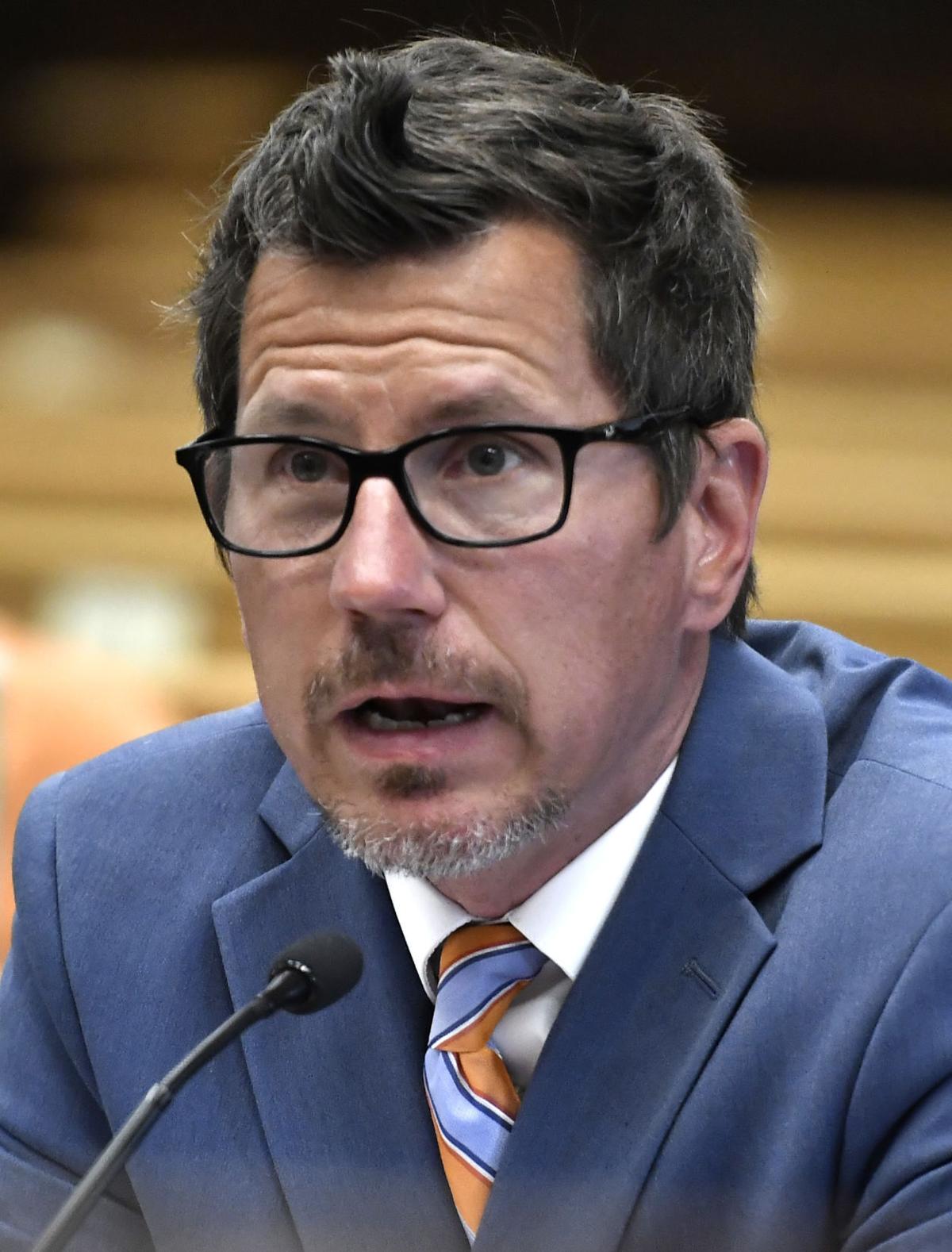 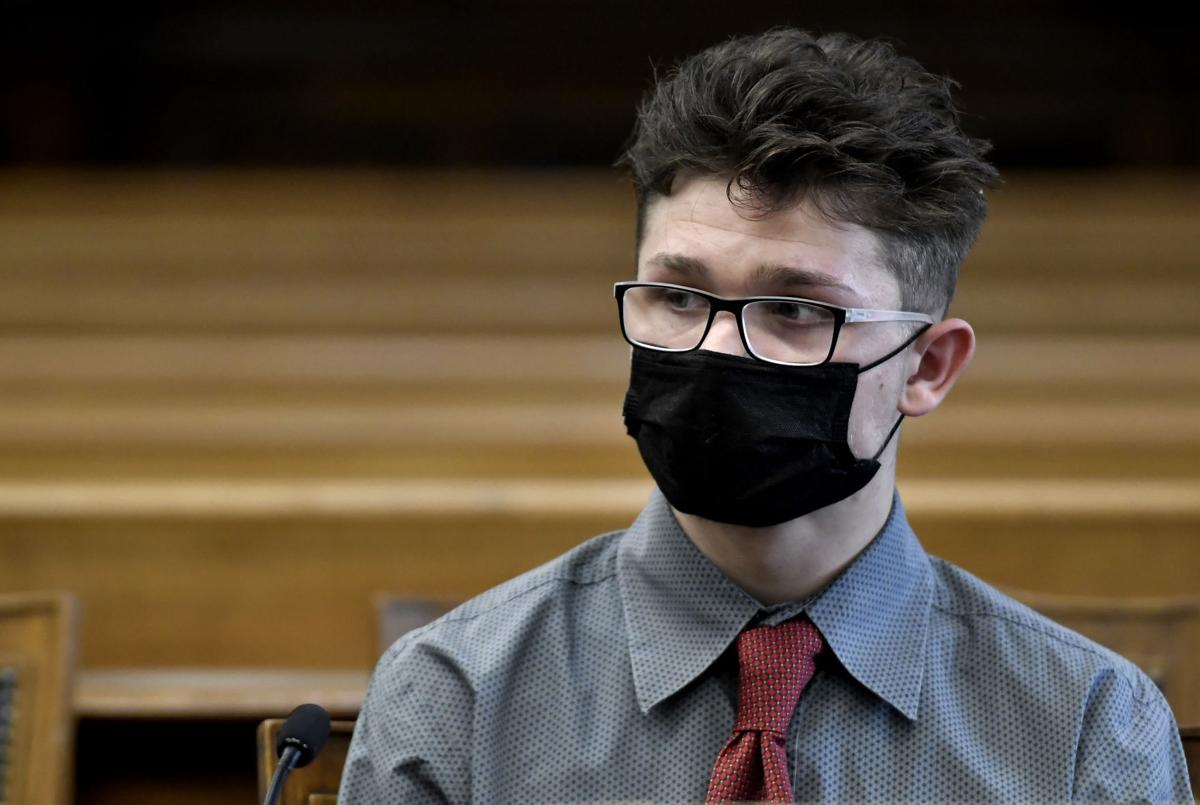 Dominick Black appears in court on during a hearing in May. His trial has been delayed for allegedly purchasing the weapon used by Kyle Rittenhouse in August 2020 fatal shootings. 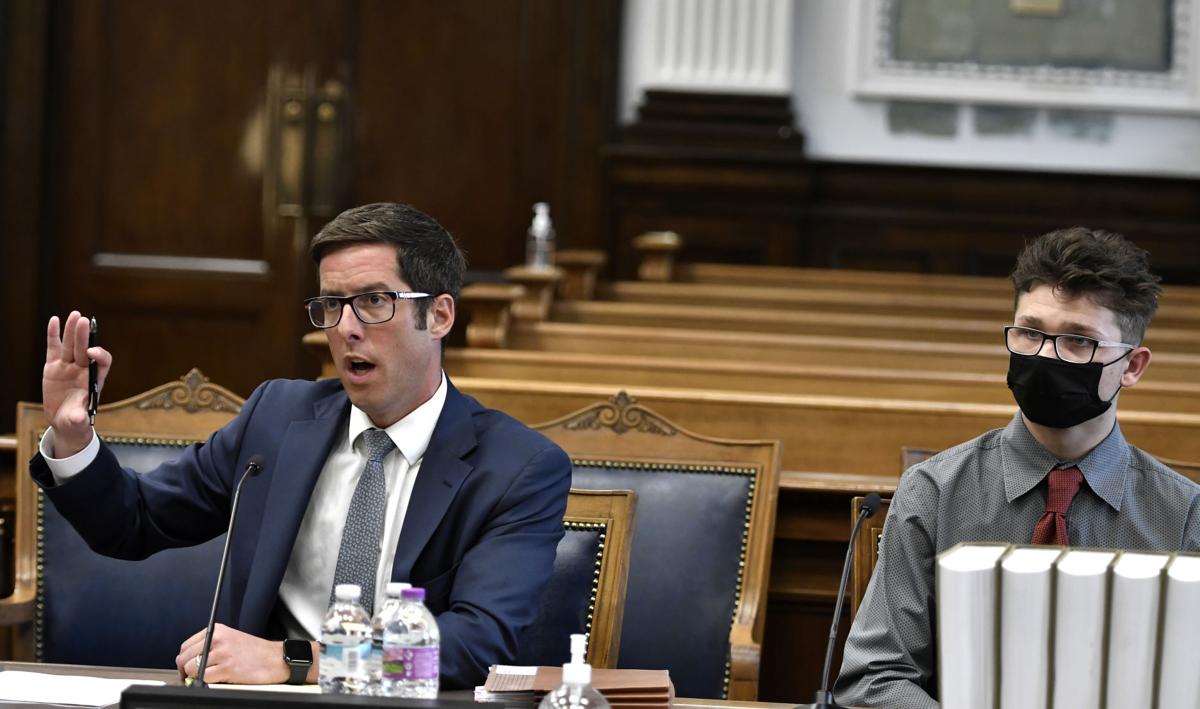 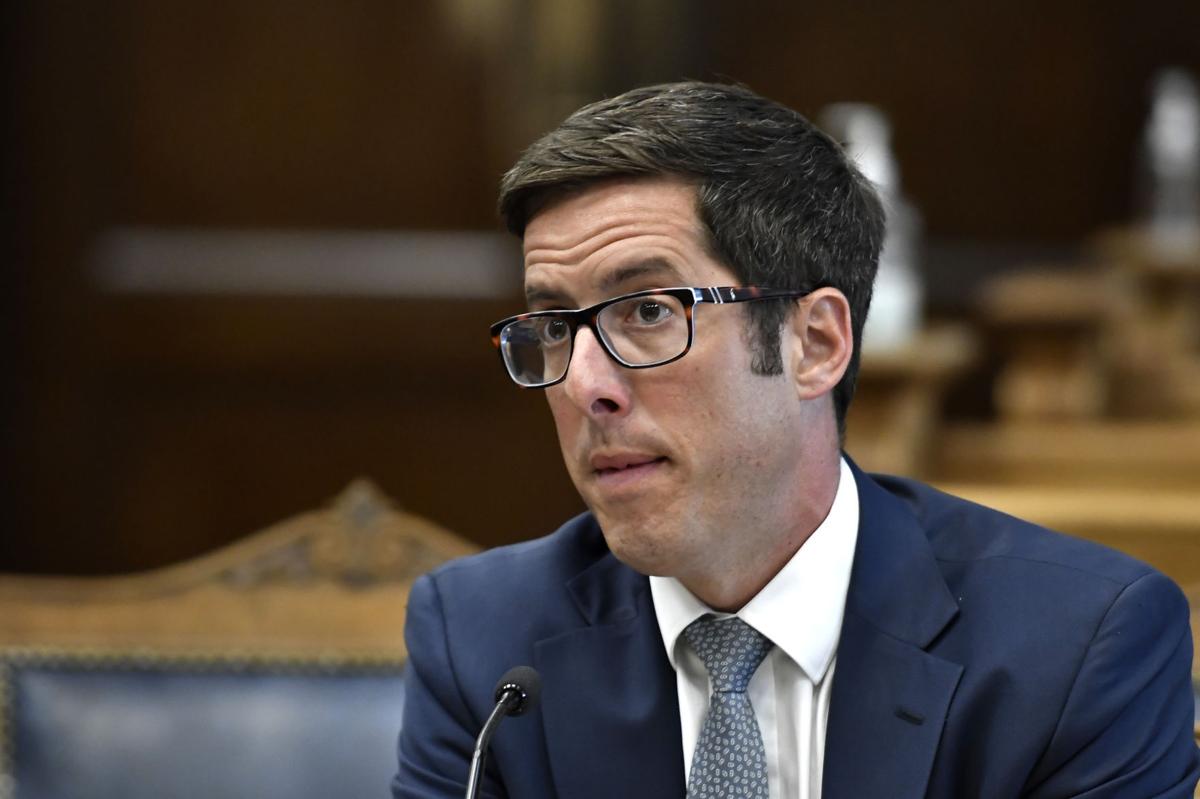 An attorney is seeking to have charges dismissed against Dominick Black, who his charged for providing the gun used by Kyle Rittenhouse to shoot three men in Kenosha on Aug. 25.

Black, 19, now of Racine, is charged with two counts of “providing a dangerous weapon to a person under 18, causing death.” The state charged Black with one felony count of the charge for each of the two men killed in the Rittenhouse shooting.

In one motion, he argues that it was not illegal for Black to provide Rittenhouse with the AR-15-style rifle, because the Wisconsin state law addressing a minor possessing a rifle is aimed at hunting regulations and “makes clear that it is only a crime to transfer a firearm to a minor if the minor is in violation of both hunting statutes. ... Rittenhouse was not engaging in hunting activities and thus was not in violation.”

In a separate motion, Cotton argues that the charges against Rittenhouse are multiplicitous and that one count should be dismissed. The state charged Black with one count of the “providing a dangerous weapon to a person under 18, causing death” charge for each of the men killed last August. In his motion, Cotton argues that the charge is focused on the action of Black providing the gun, not on the number of people killed, which Cotton argues was out of Black’s control.

“Under the state’s theory, a defendant would be indefinitely liable for each and every death that may be caused by a transferred firearm,” the motion states. “This does not criminalize a defendant’s conduct, the transfer, but penalizes a defendant for the conduct of a third party that is altogether out of his control.”

The motions, which were filed Monday, were not argued at the hearing. Instead, prosecutors will file a written response by June 14, and Kenosha County Circuit Court Judge Bruce Schroeder indicated he would likely issue a written ruling.

A previous defense attorney made similar motions to dismiss shortly after Black was charged, but those arguments were rejected at the time by Court Commissioner Larry Keating.

Although he is charged in state court, Black could also face federal gun charges for making a straw purchase.

Black is alleged to have purchased the rifle for Rittenhouse at a Ladysmith, Wis., hardware store using money Rittenhouse provided. According to court documents in the Rittenhouse case, Black’s stepfather, who lived in Kenosha, would not allow Rittenhouse to take the gun home, because he was underage, and the stepfather kept the gun at his house in Kenosha.

On the day of the shootings, Black and Rittenhouse went to the stepfather’s house while he was away and took the gun, Rittenhouse carrying it during protests that day in the city.

Rittenhouse, now 18, is charged with two counts of homicide and one of attempted homicide for shooting the three men on Aug. 25. Black drove Rittenhouse home to Antioch, Ill., after the shootings.

Black initially hired defense attorney Robert Keller, but Keller withdrew in February, saying Black did not have enough money to pay for his defense. Black then was assigned an attorney through the Wisconsin Public Defender’s office, but he also had supporters attempting to fundraise for a new attorney. Cotton, based in Waukesha, was then retained privately and took the case in March.

A judge is expected Tuesday to consider remaining motions in Kyle Rittenhouse's case, setting the final ground rules before a trial begins next month.

What comes next in NY's investigation of Trump

Dominick Black leaves the courtroom after a hearing on Tuesday.

Dominic Black listens during his hearing on Tuesday.

Dominick Black appears in court on during a hearing in May. His trial has been delayed for allegedly purchasing the weapon used by Kyle Rittenhouse in August 2020 fatal shootings. 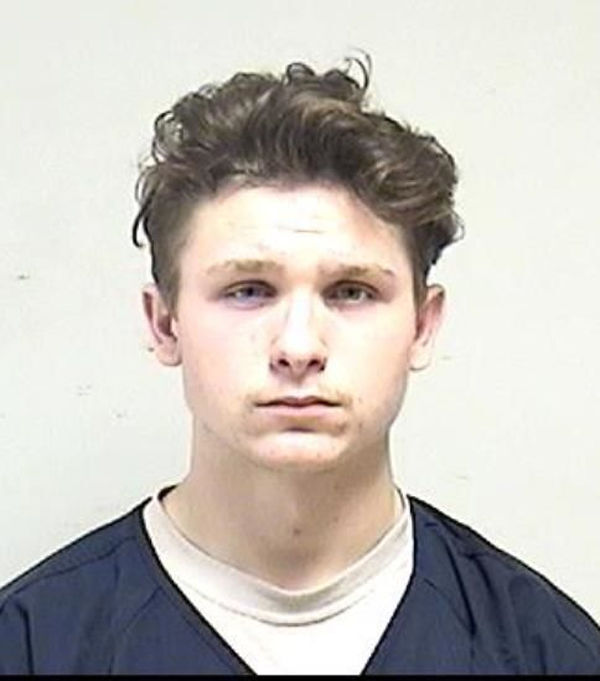