Shellie, who was in court Thursday for a status hearing, is charged with six felony counts of first-degree recklessly endangering safety, four felony counts of fleeing/eluding resulting in bodily harm and one misdemeanor count of possession of drug paraphernalia.

According to the criminal complaint, Kenosha Police, who had responded to a shots-fired complaint in the 900 block of 49th Street, at 4:12 a.m. on Oct. 16, pursued a vehicle driven by Shellie. Inside were two suspects in the shooting, Najaylen D. Tanner, of the 2200 block of 63rd Street, Kenosha, and Jeremiah Webb, 16, of Kenosha,. Two other people were in the car.

A Kenosha County Sheriff’s Department deputy observed Shellie’s blue Saturn traveling at about 64 mph in a 45 zone on Sheridan Road as she approached the 900 block, and as the vehicle approached the 1500 block, the deputy reported that speed had increased to more than 90 mph, the complaint states.

As the vehicle approached the Smeds Tennis Center on the Carthage College campus, it tried to pass a vehicle on the right, but struck the back of that vehicle at more than 90 mph. Two passengers inside the defendant’s vehicle were bleeding heavily from their face, while another complained of shoulder pain, according to the complaint.

The driver of the other vehicle that was struck told police he was unharmed.

Inside the suspect vehicle, police found two guns, a 9 mm Glock and a 9 mm Springfield, that were linked to the shooting.

In an interview with police, Shellie said she “didn’t remember” where she was coming from or who was with her in the vehicle. She also stated she didn’t know how long they had been in her vehicle because she was “high as hell.”.

Tanner and Webb are two of five defendants charged for their roles in the shooting, which left one person injured with a gunshot to his upper-right leg. Also charged are Davarion and Kavarion Parker-Davis, both 18 of the 3000 block of Gilson Street in Racine, and Jahquiez S. Serintez, 18, of Zion, Ill.

Webb and Davarion and Kavarion Parker-Davis all remain in custody on a $500,000 cash bond. Arrest warrants for Serintez, who also faces two felony bail-jumping charges, and Tanner for $500,000 each were issued Nov. 18.

A 20-year-old Kenosha man was charged with possession of child pornography Thursday.

Three brothers in their 50s and 60s have been charged in a drive-by shooting. They allegedly were also manufacturing firearms in their Racine apartment.

Three months after pleading guilty to drug dealing charges and still with three months until his sentencing, one of the Huffhines brothers was arrested after being accused of driving while inebriated. 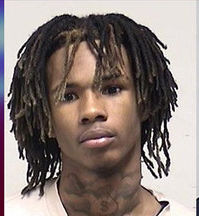 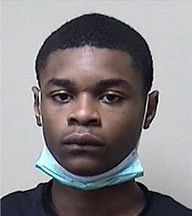