A civil lawsuit has been filed in federal court by Jacob Blake against Rusten Sheskey, the Kenosha Police officer who fired the seven shots that paralyzed Blake on Aug. 23, sparking days of unrest that made Kenosha the focal point of international attention related to racial justice.

The case was filed Thursday by a team of eight attorneys from three different law firms on behalf of Blake. Three of those attorneys report that they are all still pending admission to practice law in the U.S. District Court’s Eastern District of Wisconsin.

Sheskey is listed as the sole defendant and is being sued individually.

The officers involved, including Sheskey, were cleared of criminal wrongdoing by Kenosha County District Attorney Michael Graveley in January. No charges were filed against Blake either.

The lawsuit argues that Sheskey put the health of onlookers and of Blake’s children, who were in the SUV he was getting into, at risk. It also alleges that the officer acted with “excessive force” and “reckless indifference” by firing seven times.

“Miraculously, no bystanders were hit by gunfire. Although Jacob’s children escaped physical injury and avoided being hit by the stray bullet that fired into the SUV, they were forced to witness their father being gunned down only feet away from where they sat,” stated Attorney B’Ivory LaMarr of The LaMarr Firm, which is based in Texas.

A jury trial has been requested.

The lawsuit attests that Blake was afraid “he was about to be attacked by the police” and that was why he tensed up when Sheskey first grabbed Blake.

Blake attests he was trying to leave his son’s 8th birthday party, with his 8-year-old and 5-year-old, in his ex-girlfriend’s SUV after she got into an argument with someone else at the party. She called police because Blake “wasn’t supposed to be there.” In audio of that 911 phone call, the woman said she feared Blake would crash her vehicle, alleging he had crashed vehicles of hers previously.

Officers approached Blake after they saw him putting a child into an SUV. Blake attests that he never heard them address him, and the lawsuit claims that he never did “initiate any type of physical confrontation.”

Blake’s attorneys then state that “Sheskey and other officers began to physically attack ... Blake by placing (him) in a headlock, punching and choking him, and shocking him with a taser on three occasions.” The tasers failed to subdue Blake.

The officers on scene attested that Blake was able to overpower and escape their attempts to restrain him, prior to Blake picking up a knife that he had been carrying but dropped.

The lawsuit then repeats agreed-upon facts: That Blake was walking away from officers while carrying the knife and trying to get into the car while two officers — Sheskey being one of them — followed with guns drawn.

Police say that, as Blake did not follow orders and was climbing into the driver’s seat of the SUV, he quickly “twisted” toward them while holding the knife. The lawsuit claims that Blake never threatened the officers.

“At no time from the point at which (Blake) began to walk away from the officers until the time he reached the driver’s side door did ... Blake attempt to point the knife in the officers’ direction” and that Blake never made “any abrupt physical gestures.”

The lawsuit states: “After (Blake) had thrown the knife to the floor in full view of (Sheskey), Defendant Sheskey continued to pull back on the t-shirt of Plaintiff Blake. At a time when Plaintiff Blake had visibly dropped the folding knife in full view of the officer, Defendant Sheskey fired a total of seven shots at point blank range with one hand and fired his semi-automatic pistol with the other.”

A series of photos attached to the court documents show that, as Sheskey fired each shot, Blake “was moving away from — and not toward” the officers while Sheskey still held onto Blake’s shirt.

The lawsuit seeks to make the argument that Sheskey acted recklessly since there were onlookers nearby and two children in the back seat of the vehicle.

By the time Sheskey “fired all seven shots,” the lawsuit states, “at least four women and one toddler stood on the opposite side of the SUV and were in imminent danger from being hit by gunfire and/or ricocheting bullets or fragments thereof.”

Attorney Ben Crump, a nationally recognized civil attorney who was among the first to join Blake’s cause, stated: “Nothing can undo this tragedy or take away the suffering endured by Jacob, his children and the rest of the Blake family.

“But hopefully today is a significant step in achieving justice for them and holding Officer Sheskey answerable for his nearly deadly actions — actions that have deprived Jacob of his ability to walk. The path to ending police brutality is a long and grinding one, but the fight for systemic change in policing and transparency — and for justice — can only happen with accountability.”

Justin Blake, Jacob Blake’s uncle, said he had learned Thursday afternoon that the suit was filed. He and six others dubbed the Wisconsin 7 were in the 21st day of a 22-day fast to demonstrate their support for environmental and agricultural justice and had just returned from Madison.

“All of this is part of what we’ve been asking for 2021 — which is to bring about tangible justice to the African American community in Wisconsin at large ,” Blake said. “We hope that’s just the beginning of many other things that will be forthcoming from our attorney and the family.”

Justin Blake said while the particulars of the suit are still being reviewed and the federal investigation comes to a close, he believes a monetary settlement would be in order. However, that has yet to be discussed, he said, among family and Crump. He alluded to the Breonna Taylor settlement, saying that as with any incident involving severe injury and loss, if there isn’t one, “it should be.” Taylor’s family, who is represented by Crump, received a $12 million settlement from the Louisville Police Department.

Blake said the federal civil suit would show those who are unable to speak for themselves and who have had “terrible encounters with the police force in their communities,” a voice.

“It gives them some way to acquire justice if you don’t get it in a courtroom. Justice is more than people going to jail. Justice in this century and the time in which we live in, there is such a thing as monetary justice,” he said.

“That is the first step in changing how cities and municipalities do business. Once you start reaching into the cities’ war chests and now they’re looking at a deficit, they damn sure are going to change how they maneuver and how they operate in regards to policing in African descendant communities. As we all know, everybody’s bottom line is the bottom line. Once you start tearing down that wall of insulation monetarily, change is going to come like it has never come before and we anticipate that in 2021.”

The city’s involvement is, as yet, unclear and Mayor John Antaramian said Thursday night he had yet to review Blake’s suit against Sheskey.

“As far the city is concerned, the Blake incident has been thoroughly examined by the Wisconsin Department of Justice and the former City of Madison Police Chief and use-of-force expert Noble Wray,” Antaramian said.

He said based on their findings in the independent report, however, the city would be prepared to “vigorously defend” itself against civil litigation.

The lawsuit also aimed to call into question the efficacy of the investigation, alleging that Sheskey and the other officers on scene were not interviewed by investigators until two to three days after the shooting, “and only after they had conferred extensively with attorneys and union representatives as to what the claimed justification would ultimately be for shooting Plaintiff Blake seven times in front of his children.”

Sheskey and other officers refused to have the interviews that were conducted to be recorded, and statements were not under oath, which the lawsuit claims was “an effort to conceal material evidence.” However, Blake was interviewed within a day of the shooting in a hospital bed while “heavily sedated and in intractable pain.”

Justin Blake said his nephew continues to be in “a tremendous amount of pain” and the family has hired a new doctor to help him with pain management. Jacob Blake is paralyzed from his waist down as a result of the injuries resulting from the shooting.

Attorney Patrick A. Salvi II, of Chicago-based Salvi, Schostok & Pritchard P.C., said in a statement: “Jacob now suffers from an intractable pain syndrome. After various surgical procedures and an agonizing course of physical rehabilitation, Jacob remains unable to return to his job as a security guard and relies on others to assist him with the basic needs of daily living.”

More than seven months after he was injured by rioters while trying to preserve a historic Kenosha building, 70-year-old Robert Cobb is well on the road to recovery — and more than that, living his life. 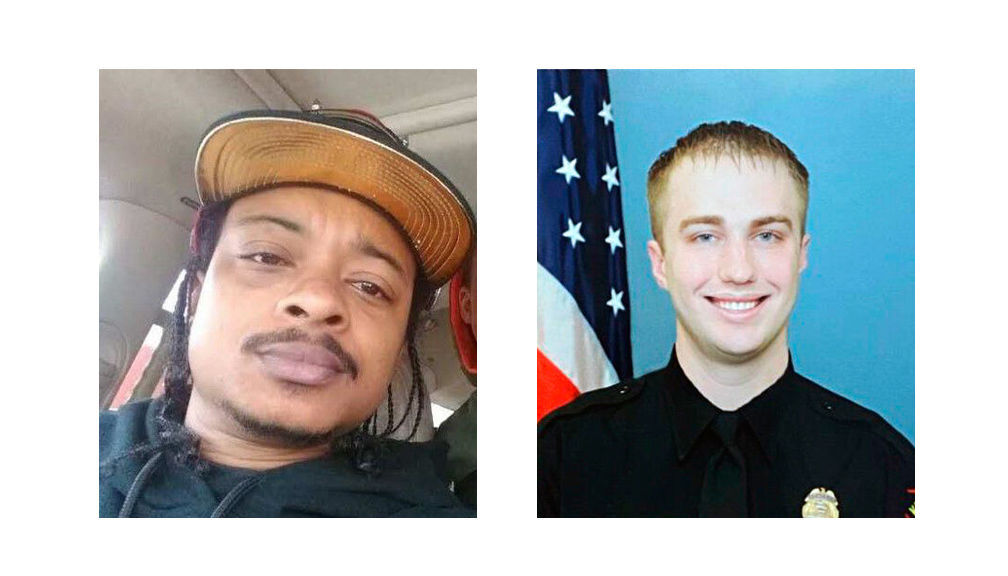 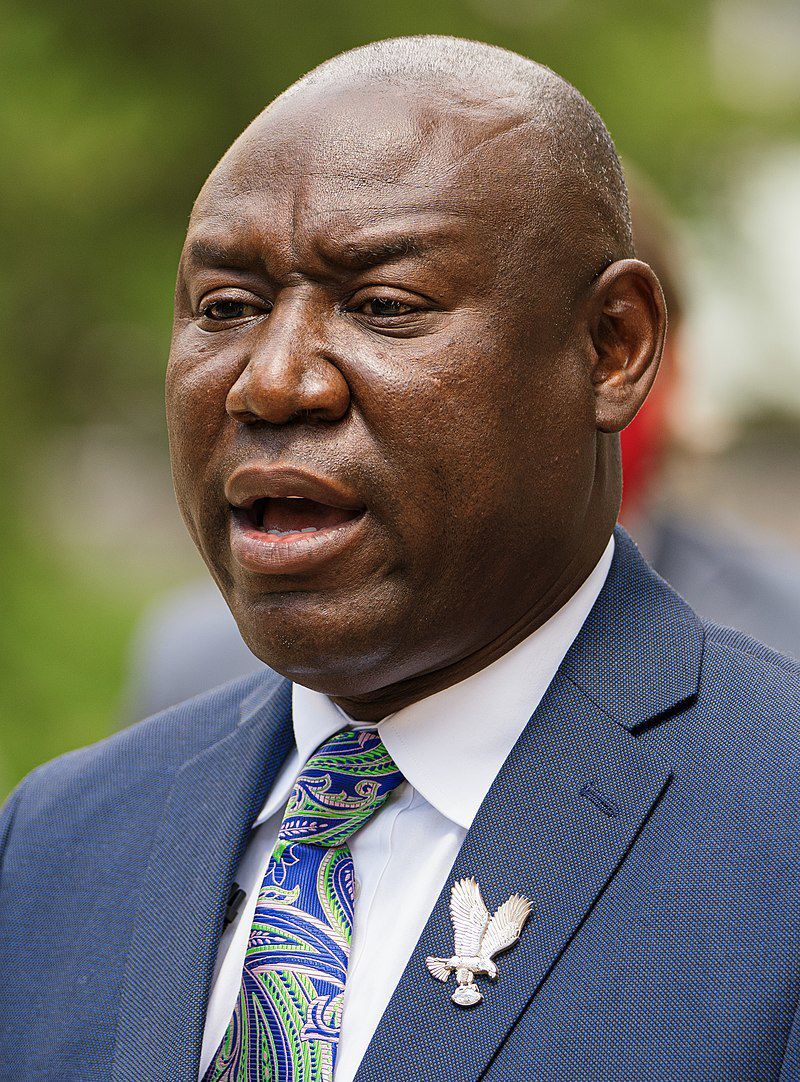