In an exceptionally rare move, the Kenosha Police Department on Wednesday issued a public statement stating that a pair of reports from an independent local online news source are “inaccurate.”

There have been a large number of inaccurate reports and disinformation regarding the shooting of Jacob Blake and the ensuing protests and riots, as well as the Kyle Rittenhouse shootings. This is the first time, however, is the KPD has publicly said specific reports were inaccurate.

Never Stop Media LLC, run by Kevin Glowicki of Kenosha, has posted multiple stories that make claims based on scant evidence that there is a “Cover Up or Conspiracy” and that four people — not three — were shot Aug. 25, 2020. That is the night Kyle Rittenhouse shot three people (killing two of them) during protests following the Blake shooting.

Kevin Glowicki took to a hammock while filming in September 2020. He was recording for Never Stop Voices.

In its Wednesday release, the KPD said: “The Kenosha Police Department encourages and supports fact based journalism and news reporting; however, we cannot sit idly by and allow articles to be written that clearly appear to be intended to fan the flames of conspiracy and cover up.”

The release continues, stating that “these articles are based on the author’s flawed conclusions” regarding police radio chatter and what the KPD says are inaccuracies in a pair of documents from the U.S. Marshals Service and the Waukesha Police Department, respectively.

Waukesha Police and the Marshals Service were in Kenosha, supporting the KPD amid riots and protests. It was revealed this week by the Wisconsin Examiner, a nonpartisan, nonprofit news site covering politics and policy in the state, that marshals responded to Kenosha immediately from Portland, Oregon.

The documents, both of which are first-hand accounts from officers with the Marshals Service and Waukesha police, state that four people were shot. In a phone call with KPD Public Information Officer Lt. Joe Nosalik that Glowicki uploaded to YouTube, Nosalik said that this is a misconception that hadn’t been cleared up due to the chaos of the night before. There were also erroneous reports of an active shooting in a hospital and a police officer being shot.

Also, in police radio reports, at least one officer mentions a fourth person being shot. Police radio transmissions are often initially incomplete or off mark as events are unfolding, the department explained.

“It was a chaotic mess that night,” Nosalik told Glowicki.

During one of his calls, Nosalik says unequivocally that there is no fourth victim but that he is unable to release documentation/videos that would allegedly prove that because those documents are linked to the open investigation and prosecution of Rittenhouse.

“There is absolutely not a fourth victim, as I stated before. There was a lot of confusion that took place that night,” Nosalik said.

When told that, Glowicki replied, “We’re just asking for records.”

Regarding why records could not be released, Nosalik said that Rittenhouse shooting is “an open and active investigation” and thus he could not release any documents related to the case.

KPD’s Nosalik expressed concern that Glowicki’s posts were “stirring the pot” and could reignite tensions that have settled since last summer.

“I don’t want to see again what we saw last year (rioting) because of conspiracy theory,” the lieutenant said during one of the phone calls Nosalik recorded.

Nosalik conceded in one of the recorded calls that conceivably a fourth person could have been shot by Rittenhouse. “We are not aware of a fourth shooting victim from that evening. Now, is it possible that someone else was shot? Sure, I guess it could be, and they (the would-be victim) just kept it secret.”

Glowicki repeatedly claimed that the reports of there being a fourth victim were confirmed by a “high-level source” within the Kenosha Police Department, but he has not named that source or provided documentation with further evidence other than the scanner reports and letters from Waukesha Police and the U.S. Marshals Service.

Dozens of shots were heard being fired in the minutes after the Rittenhouse shootings, although no other shooting victims have been reported other than Joseph Rosenbaum of Kenosha, Anthony Huber of Silver Lake and Gaige Grosskreutz of West Allis. Rosenbaum and Huber were killed and Grosskreutz seriously injured.

When Glowicki asked why the Antioch, Ill., Police Department was able to release videos of interviews with Rittenhouse and Dominick Black, the older friend of Rittenhouse’s who is charged for providing then-17-year-old with an AR-15 and who allegedly drove Rittenhouse back to Illinois. Nosalik said that he doesn’t think Antioch should have released those videos until after the prosecution of Rittenhouse is complete.

Concerns on facts and a lawsuit

The KPD’s Wednesday statement states that “The Kenosha Police Department’s Public Information Officer has reached out to Never Stop Media to inform them of the incorrect reporting; however, the company chooses to disregard fact based explanation and continues to report inaccurate information. The tragic incident involved three people being shot and has been widely reported on.

“Articles such as this are conducive to public mistrust and are seemingly focused on one thing; a roadblock to the opportunity of improving police and community relationship. The Kenosha Police Department is committed to working with the community it serves and will continue to do so.”

Online court records show that Glowicki, in the process of suing the Kenosha Police Department, is seeking more documents. Records also show that Glowicki is facing a citation for “failure to comply with emergency management order of state or local government,” dated Aug. 31, 2020. Glowicki is fighting that citation.

Media Release April 7, 2021 Independent, investigative journalism has become a mainstream reality for the City of...

Scared for his safety

After the Kenosha PD’s Wednesday press release naming Never Stop Media LLC Glowicki said he has become increasingly frightened for his life. In the past, he claims he has been stalked by white supremacists.

“That media release painted a massive target on my back,” he said during a livestream Wednesday night, viewed by fewer than 50 people according to Facebook’s live tracking.

More than 120 photos from Kenosha's Tuesday protest, from peaceful speeches to deadly end

Our photographers left the area after the shooting started. 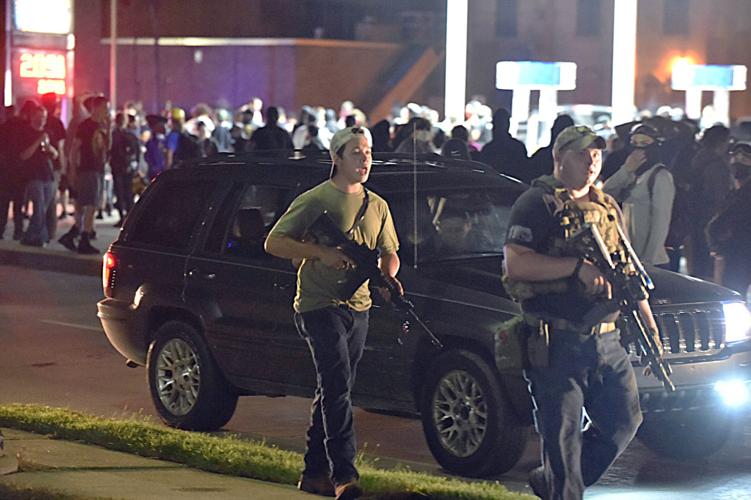 Kyle Rittenhouse, left, walks along Sheridan Road with another armed civilian on Aug. 25. Rittenhouse, a then 17-year-old from Illinois, is on trial for shooting three people, killing two of them. Online coverage of events of that evening sparked a response from the Kenosha Police Department. 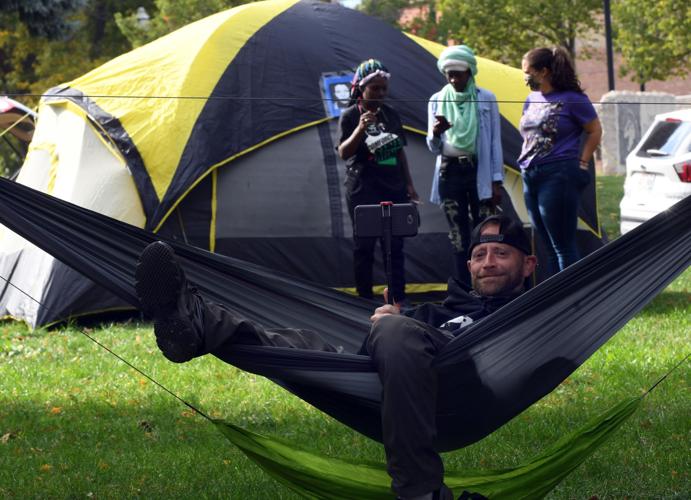 Kevin Glowicki took to a hammock while filming in September 2020. He was recording for Never Stop Voices.